I think today I’ve discovered that I not only love hitting up the gym at 5:45, but I ALSO love getting my grocery shopping done before 8am on a weekday. The place is practically empty!

My only bummer was that I got stuck with a crabby cashier who tried to ruin my mojo by giving me a hard time about my coupons. It’s a dollar…c’mon already.

As I mentioned yesterday, we had our first softball game of the season last night. Since our early games are at 6:15, it sometimes makes for a difficult dinner situation. Too much food, and I’ll be slugging myself around the outfield. Not enough food and I’m draggin’ my feet around ready to gnaw off my right arm. SO, before leaving the house I snacked on some almond butter and jelly on a piece and a half of potato bread. 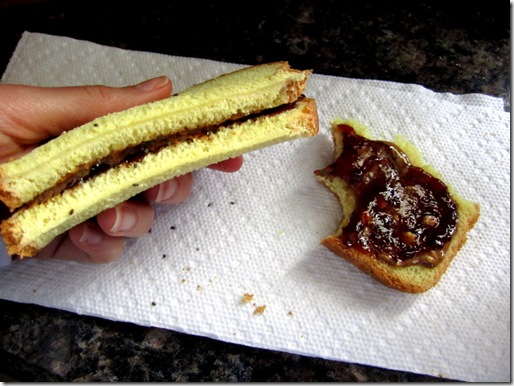 And a few bites of cantaloupe. 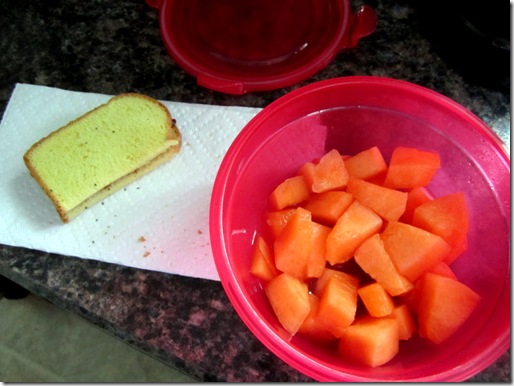 But really, who cares because hey…we won our first game! 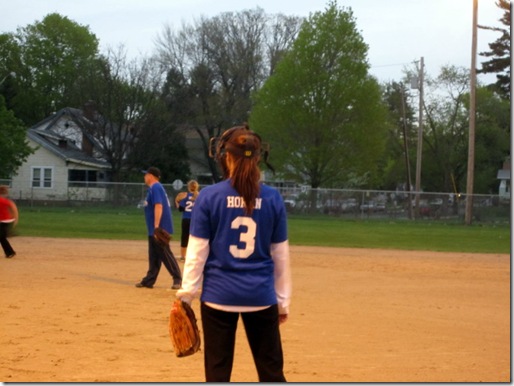 Did ya know I was a catcher? 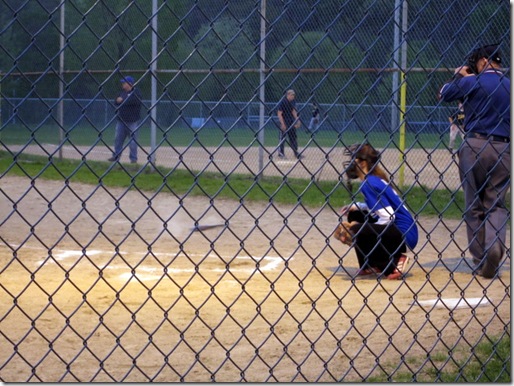 I’d have to say my favorite part of being a catcher is heckling the batters…mwahahaha.

By the time we got home, I was pretty hungry, so I made myself a bowl of Kashi Go Lean Crisp with vanilla almond milk. Then, I proceeded to go back out to the kitchen and eat an unknown (but surely enormous) amount of handfuls straight from the box. 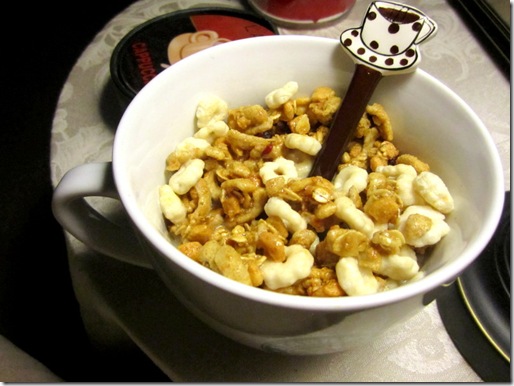 Apparently, I wasn’t the only one who was craving some cereal…this guy would not back down! 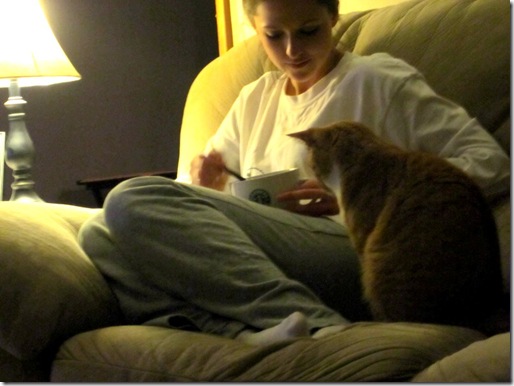 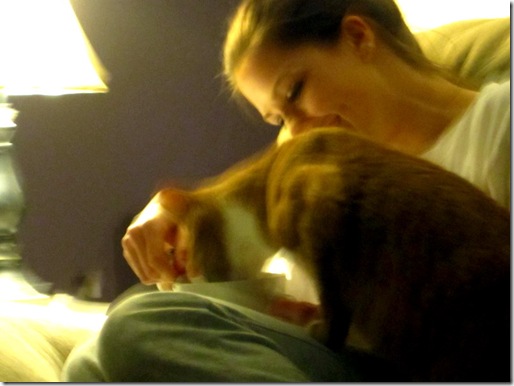 This morning was another awesome BodyPump class, followed up with a little cardio action:

Super Schweddy…super awesome. I sorta feel bad for anyone that came near me in the grocery store. Woops.

I was so totally indecisive this morning…I still don’t even know if this was what I wanted. Hmmph. 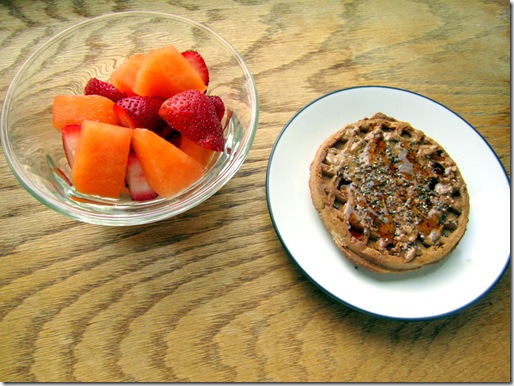 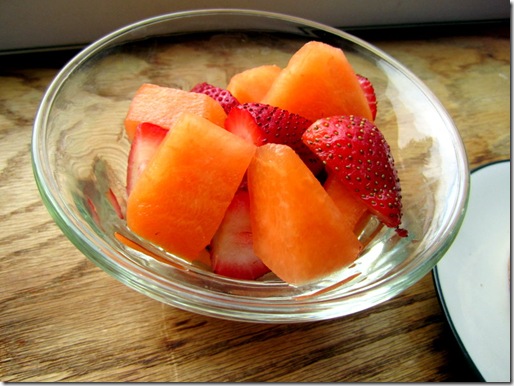 And a toasted Van’s waffle with TJ’s almond butter, chia seeds, cinnamon, and a drizzle of maple syrup. 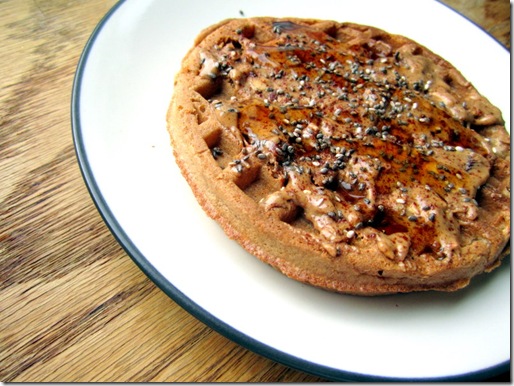 I decided to keep things light because a) when I’m indecisive like this, it’s pretty much guaranteed I’ll want to go back for something else shortly after, and b) I have some super ripe bananas that need to be baked into something delicious.

Hopefully I can at least make a decision on what to bake.