I don’t know about you, but I am SUPER excited about it being Friday.

…and because tomorrow is New Years Eve,

…and because today is exactly one month until my birthday,

…AND because there is a VERY special day coming up right around the corner!

So much excitement & celebrating coming up!

Last night, Jay and I were invited over to my in-laws house for dinner and, as always, we had lots of delicious food. They prepared a Top Round Beef Roast, which was actually cooked with cloves of garlic inserted right inside of it. The meat had so much flavor going in, it was crazy. (Not sure exactly which recipe they used, but it sounds like it might be similar to this one.) So, so good! 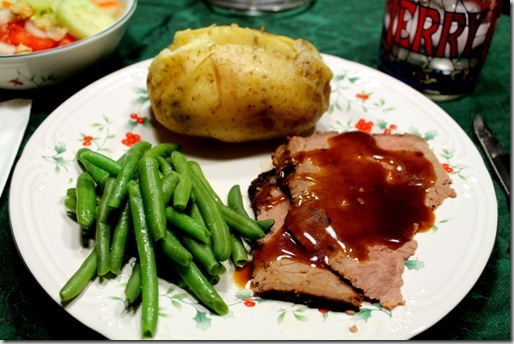 We also had some side salads which had some of the tastiest tomatoes I’ve had in months. I love me some tomatoes. 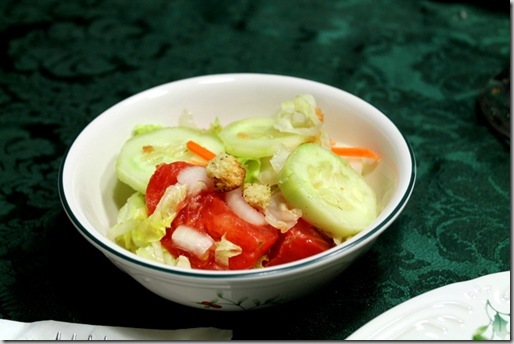 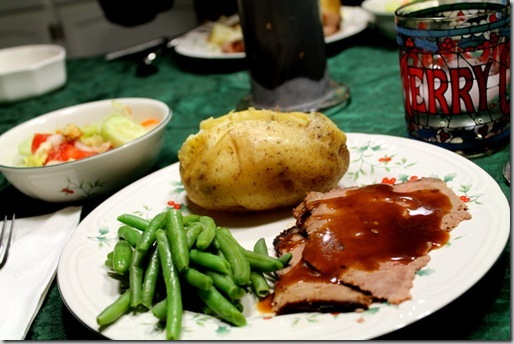 After dinner, we all somehow got talking about how they thought that they had an old meat slicer somewhere in the house. After only a few minutes of searching, the slicer was found so, of course, they had to try it out on the leftovers… 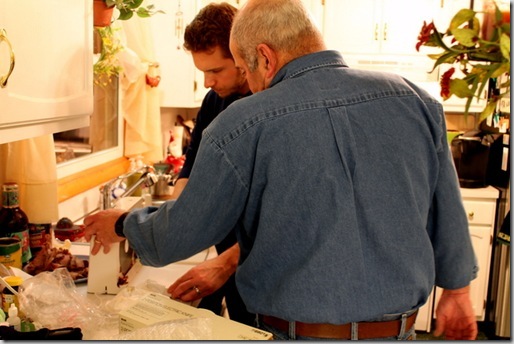 You would have thought it was Christmas morning by the excitement on Jay’s face the entire time. 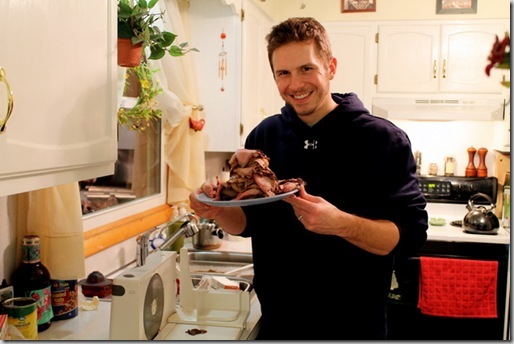 But you know, I’m not gonna lie. I kinda want one of my own now. I know it’s totally not conventional or necessary, but the way that thing worked really impressed me! 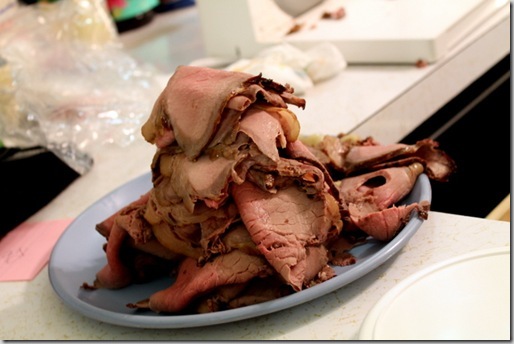 And hey, if I got one, maybe I’d finally be able to cut my homemade bread in even slices?

After dinner, I enjoyed a nice hot cup of chamomile tea and a little dessert. 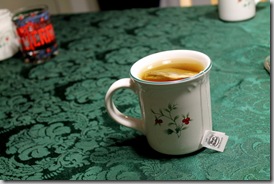 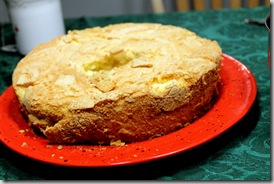 Would you believe that last night was my first time ever having sponge cake? I’ve definitely had my fair share of angel food cake, but sponge cake was a new experience. It’s pretty tasty!

Especially when it’s served with strawberries and homemade whipped cream. 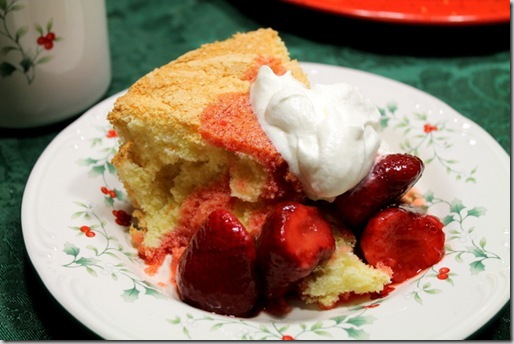 I am definitely feeling yesterday’s workout this morning. I was actually planning on doing some yoga, but my couple practice downdogs were not pretty, nor comfortable in any way whatsoever. So I nixed the yoga and decided on some cardio instead…maybe I’ll give the yoga a go later this afternoon? 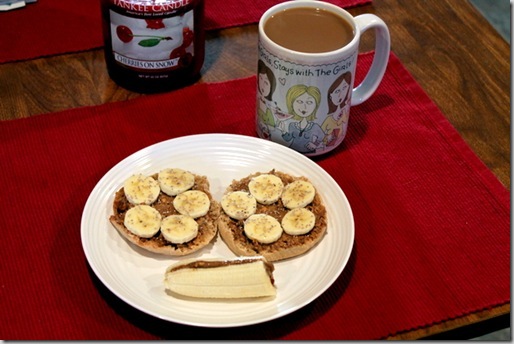 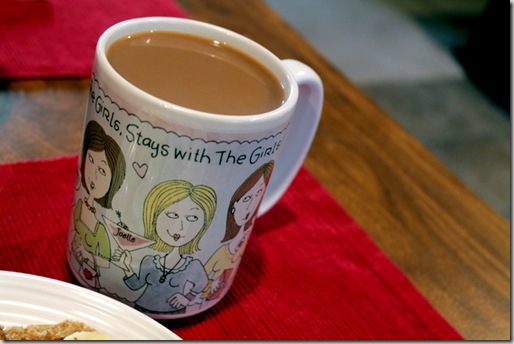 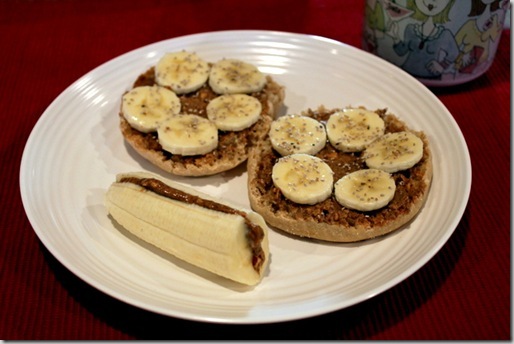 Exactly what I needed this morning. 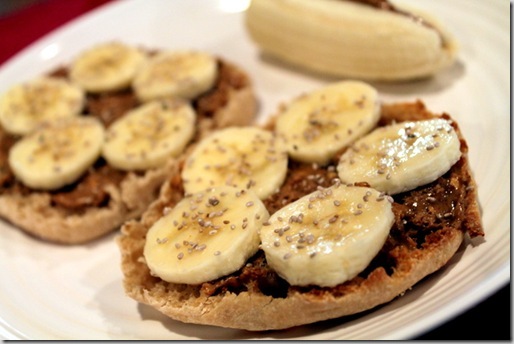 I can’t lie…I’m already daydreaming about coming home tonight, getting into my cozies, making some homemade pizza and watching a Redbox movie. A quiet Friday night in is definitely in order this evening…especially since we’ll be out partying it up tomorrow night for New Years Eve! (We have dinner plans and a party after with awesome friends.) Can’t wait!!

WOULD YOU RATHER…(New Years Eve Edition!)

« A New Online Fitness Tool
I Like It All »