I loved hearing all of your feedback on yesterday’s fix choices! As one who hates to waste money, I ended up keeping the bicycle shirt and sent back all the rest (I was on the fence with that jacket still, but I just didn’t looooove it). I figure, hey, if anything it will wind up being a fun conversation piece. Or I’ll just be the butt of everyone’s jokes. Either way, I’m cool with it.

So I thought about putting together a WIAW post for you today, but I realized that I haven’t really taken pictures of a full day of eats in a while. Instead, I figured I’d share some recent yummy eats over the past few days, including some random photos I found in my phone. Like this one. 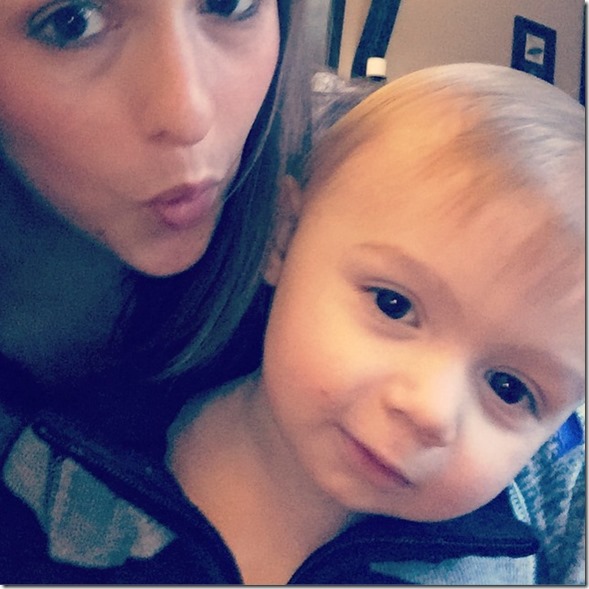 My little stud muffin. He just looks so old to me in that photo and I’m absolutely in love with it. I just wish I could totally crop out my mid-talking face without the picture looking totally weird. Who’s good with Photoshop?

Okay, but back to the food…let’s talk about breakfast. Before the services for my 2 Nana’s on Monday, Jay and I stopped to grab some breakfast at Spillin’ the Beans. 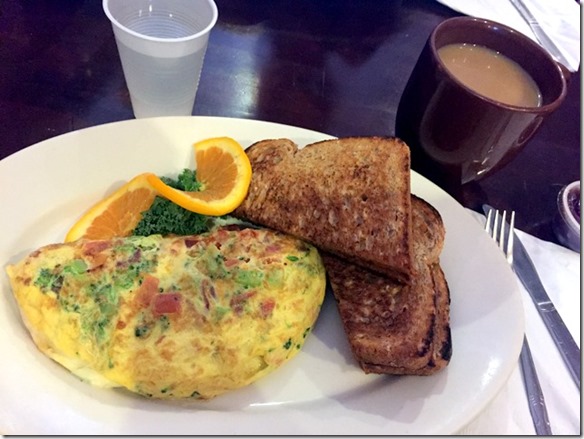 One of their omelet specials was tomato, bacon, broccoli, and provolone with toast, and it just sounded too good to pass up. As usual, it was delicious. And the toast was doused in butter, making it 10,000x better…

As for lunches, I’m back on the salad train. And I’m totally loving it. 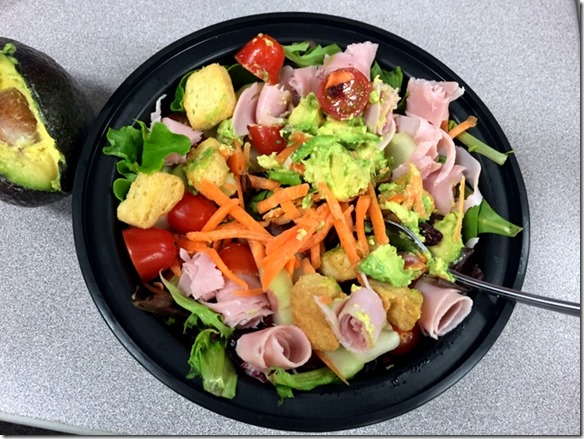 Yesterday’s salad was filled with the usual veggies, plus some rolled up deli ham, chunks of avocado (I wound up adding a little less than half of the avocado when all was said and done – SO good) and croutons. It’s funny how much I missed these. I guess it’s probably because we haven’t been doing the best at loading up on veggies at dinner, so it’s always nice knowing I’m at least getting a good amount of them at some point during the day.

You guys want to talk snacks? Have you tried out these Inner Bean snacks from Trader Joe’s yet? 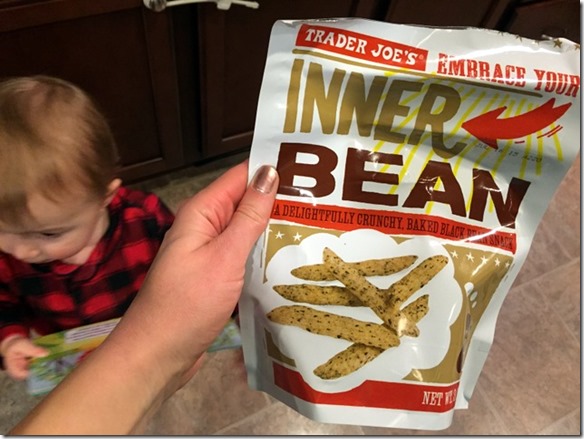 I wound up purchasing them a while back when they were out of our favorite Inner Peas, and they were an awesome substitute. Jay would disagree, since he thinks they were gross, but don’t listen to him. Take my word (and Lucas’s)…they’re friggin’ awesome.

Now I don’t think I’ve mentioned this on the blog, but I did put it up on Instagram a while back…if you guys are looking for a fun snack for the kiddos (or yourselves, no judgment), you’ve gotta try these little frozen treats. 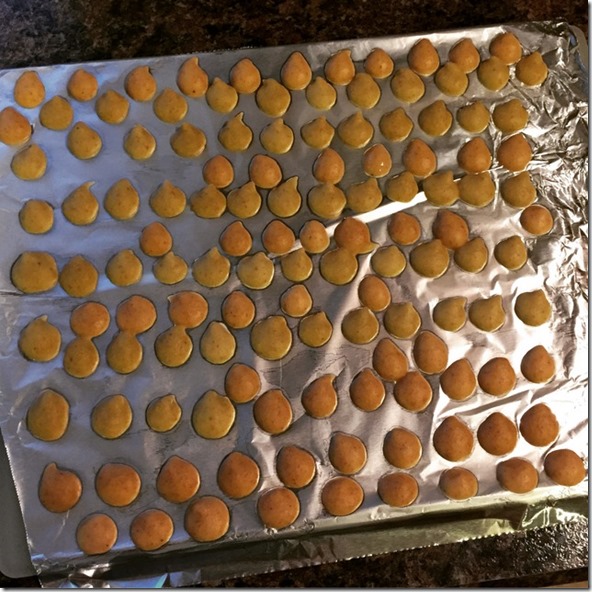 Often times, we’ll end up opening a food pouch for Lucas, only to have him decide that he doesn’t want it about two seconds later. At one point, I think we had about six opened, half-eaten food pouches in the fridge.

I got talking to his sitter and she said that she squirts them into little “drops” and freezes them…and it worked like a charm! I’ll pull them out ever once in a while for a snack for him and, boom, no food pouch goes to waste (because those things aren’t cheap!).

Finally, let’s talk desserts. For one, I bought a package of Twix eggs at the store the other day, and I have zero regret about that decision. 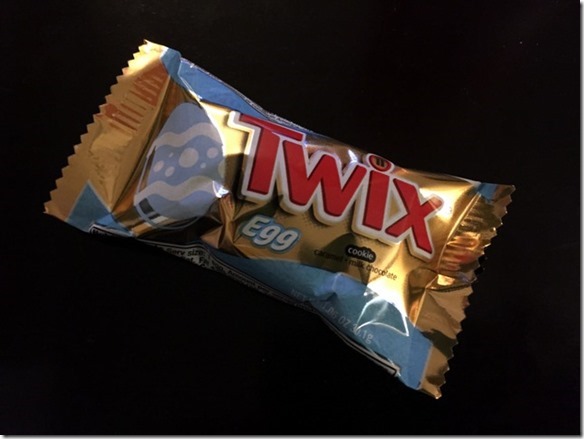 I know a lot of you guys go nuts for the Reese’s eggs that come out this time of year but, I don’t know, I guess they’re alright? Throw a Twix (or Snickers) egg at me though, and you’re immediately my best friend. Love, love, loooooove them.

Also loving? This flavor of ice cream from Ben & Jerry’s… 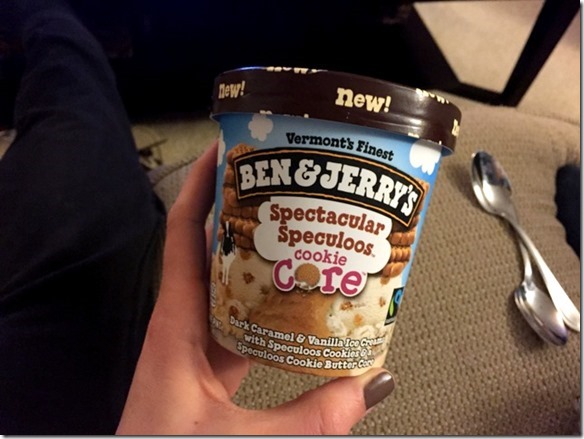 I spotted this at Price Chopper the other day (they were on sale for $2. something so of course I had to go look) and decided to grab it for me and Jay to share. Pretty sure it lasted all of two nights, but oh my, was it good while it lasted.

Finally, I’m going to leave you all with a couple non-food related photos taken of Lucas last night because I’m just in love with his new “do.” 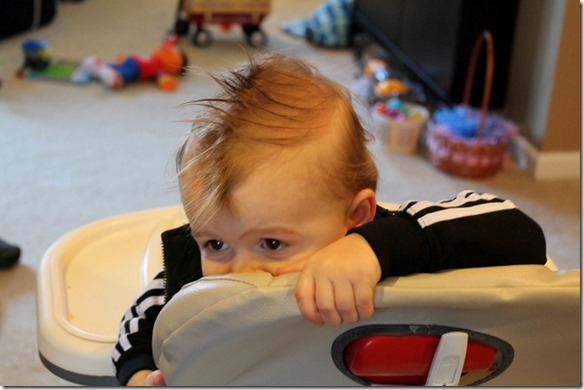 I have his daddy to thank for that one after last night’s dinner, but I’m totally diggin’ it. 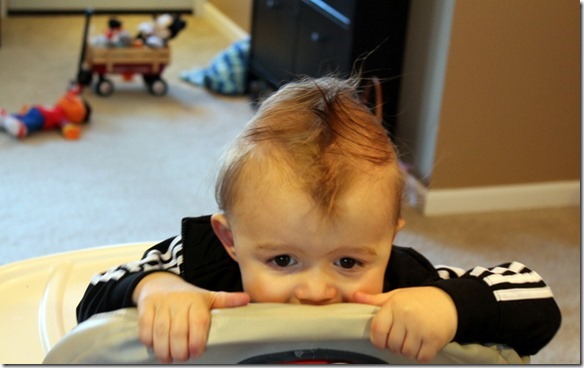 So how about you guys? What’s new? What’s happening? Let’s chat!