We’ve officially made it to double digits. Unbelievable. 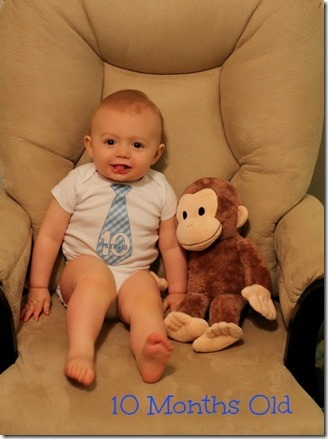 I’m pretty sure I say this every month, but man, he is fun. As his personality continues to develop, Mr. Independent has us laughing right along with him every day. It still boggles my mind that I’m going to have a one year old in less than two months…that just does not seem possible. 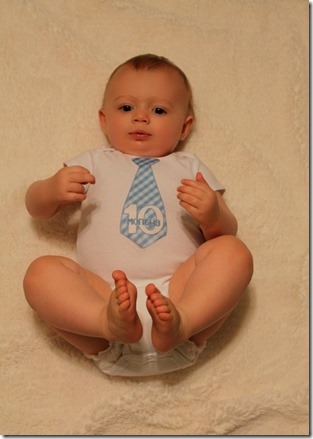 Weight & Height: According to our (very) unofficial measurements, Lucas weighs about 21.5lbs (+1.3 from last month) and about 29.5 inches.

Eating: This boy is a machine. Seriously. Watching him shovel food into his mouth with two hands makes us laugh every single time, and he can drain a yogurt/food pouch in 90 seconds. No, I’m not kidding.

We’re still following a pretty similar nursing/feeding/bottle schedule as last month, but we’ve been transitioning out the pureed foods, since Lucas’s desire to be spoon-fed is really limited to either oatmeal or yogurt. Anything else and he wants no part of it. So much for the 56 cubes of chicken/sweet potato/spinach and chicken/pasta/veggie purees I made… 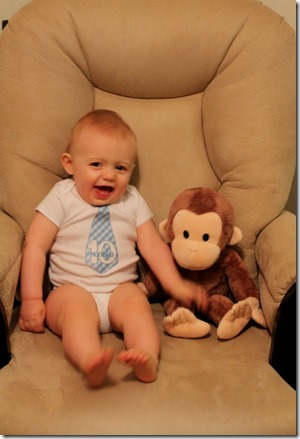 We introduced some more new foods this month in addition to those he’s already been eating, and I’ve definitely found myself getting a lot more lax with what we give him. As long as it’s bite-sized, semi-soft, and doesn’t have any honey, nuts, or added salt/sugar, it’s fair game. Some newbies this month…

Sleeping (naps): Naps are still pretty consistent, and we’ve also noticed that he tends to nap really, really well on the weekends, which we attribute to him probably not getting as much sleep during the week. We’re still at two naps, usually between 9:30-10am and 2-3pm (depends on when he last woke up) and each one lasts about an hour and a half to 2 hours (although sometimes 2-1/2 hours on the weekends). He’ll crawl around in the crib for a bit or pound on the side of the railings before finally settling down with his teddy. 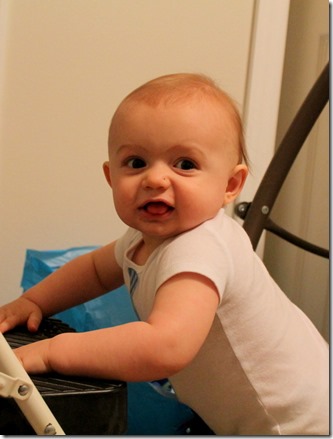 Sleeping (at night): Knock on wood, we’re still having full nights of sleep over here! Lucas sleeps through the night, going down between 8-8:30pm and usually wakes up around 7:00am (sometimes a little later on the weekends, which we certainly aren’t complaining about).

Clothing: He can still wear most of his 9 month clothes, but some 12 month outfits fit him well, too. Nine month pants are too short so those usually need to be 12 months now, but I love that shorts weather is almost here for a while! He also suddenly moved into size 4 diapers…gahh! How did this happen?! Pants are still an issue (too big in the waist for the right length) so I’ll be glad when we’re in shorts weather soon! 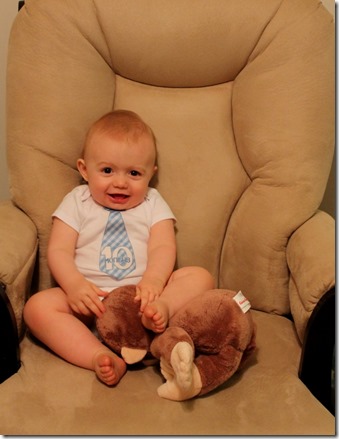 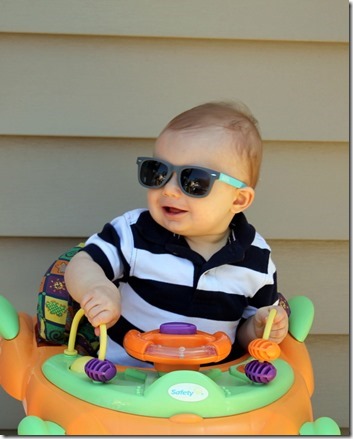 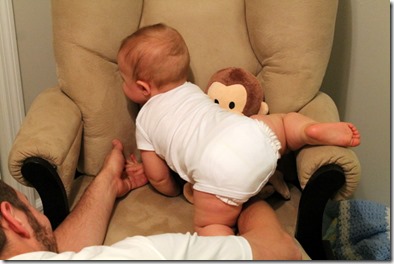 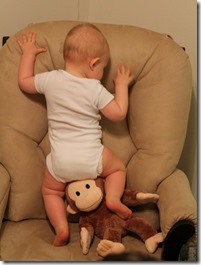 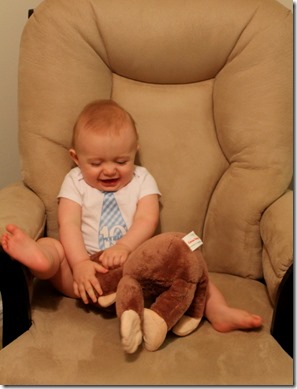 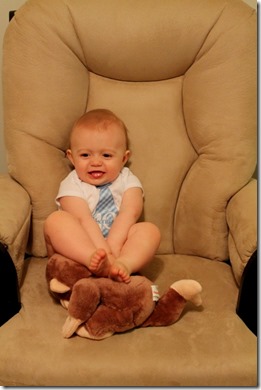 Lucas, you are a barrel of fun and you keep mommy and daddy smiling all day long. Don’t ever change that spunky personality of yours!