Okay, I seriously almost forgot just how awesome morning workouts are. I am feeling so, so good this morning!

For the past few weekends, I start to get in a real groove with the workouts but then come the work week, it’s out the window. I decided last night to make a solid attempt to commit to just 2-3 morning workouts per week and I kicked it off this morning with a little cardio kickboxing. Aww-sum. Not so awesome is the whole continuing-to-sweat thing even after you shower. Gross.

So we’ll see whether or not I can really stick to it, but I’m feeling positive. Then again, maybe that’s still the endorphins talkin’.

It’s another WIAW, featuring most of Tuesday’s eats. I say most because I didn’t capture pics of everything BUT, I did feel like switching it up a bit for fun today. So since none of my meals were really all that mind-blowing yesterday, I decided to sub in what I really wish I had eaten instead. And now I’m craving all. the. things. 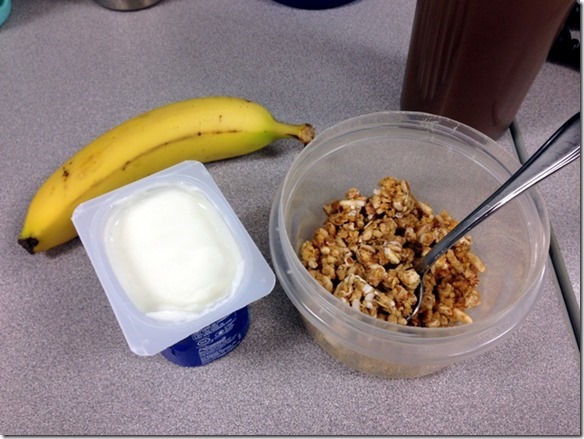 The coffee was actually my first attempt at the Starbucks VIA iced coffee – it was okay, didn’t love it. 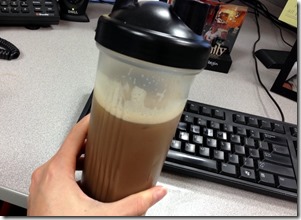 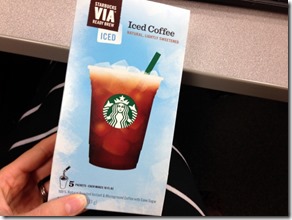 But I really wish I had this breakfast from Sarah’s bachelorette party a few years ago. 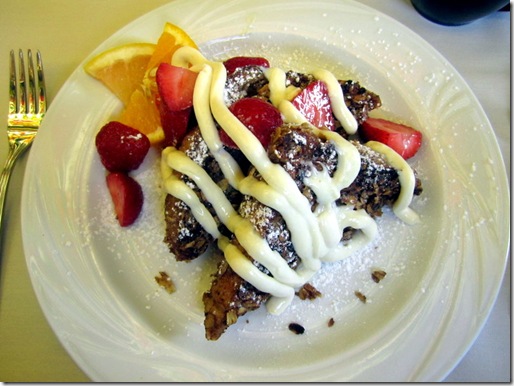 One of the best breakfasts I’ve ever eaten. No kidding.

I wound up eating a couple spoonfuls of peanut butter out of my stashed jar at work. Nothing exciting, but it did the trick and held me over ‘til lunch. 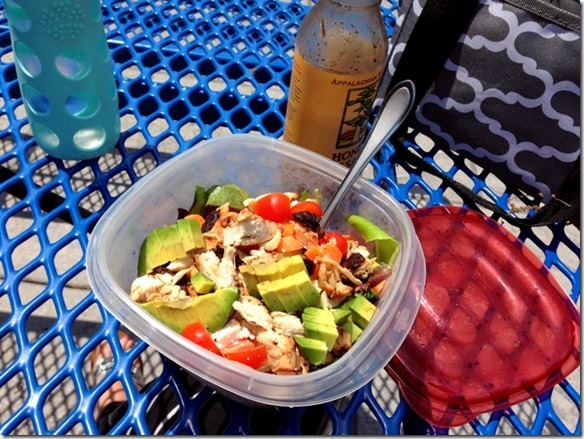 It had all the usuals – veggies, avocado, grilled chicken, honey balsamic dressing. And, actually, I don’t think I’d even trade this in for another meal so that’s sayin’ something.

A little while later once I got back to my desk, I ate one my leftover Texas Roadhouse rolls with all sorts of their incredible honey cinnamon butter. Or whatever the heck it is. 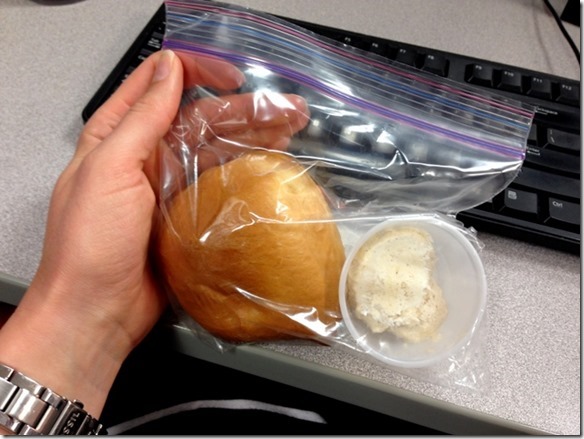 All I DO know is that when I searched for copycat recipes, apparently they put confectioner’s sugar in that stuff. No wonder I’m addicted to it.

I actually wasn’t totally hungry for an afternoon snack but I was still in the mood for some chocolate, so I snagged a bag of Skinny Cow dark chocolate dreamy clusters. 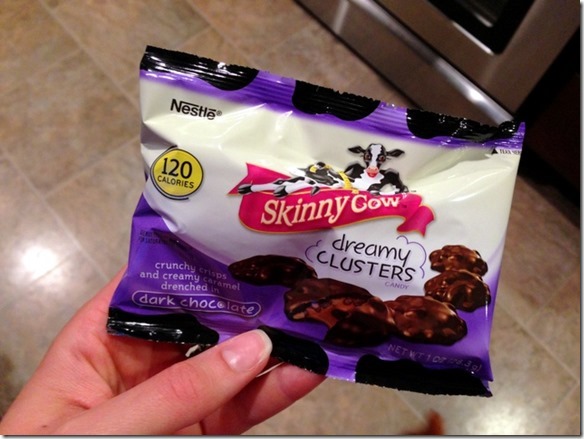 Those things are. so. good.

I did a really lame job planning dinners this week, so it’ll be interesting to see what we come up with. Last night, I had some leftover Crockpot Stuffed Pepper Soup and veggies from Monday and called it a meal.

But I really wish I had this amazing crab dip from Tautog’s in Virginia Beach. God, that place was good.

Followed up with this dinner from Creo’. 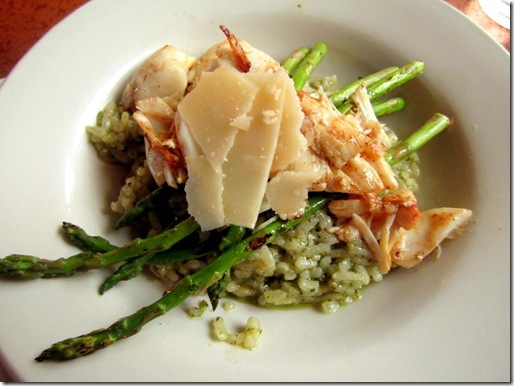 Now THAT would have really hit the spot.

I was still hungry a couple of hours later so I made myself a bowl of cereal (Kashi Island Vanilla) with almond milk. 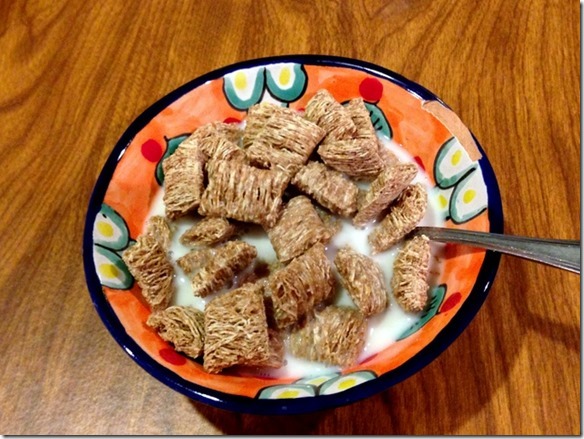 But if we’re being real, I really wish I had something big and chocolaty like this incredible dessert. 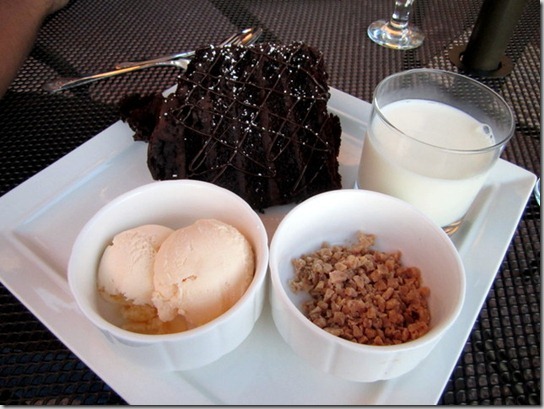 That thing was seriously unreal. I need to go back for that, like, yesterday.

So if you had to choose, what do you wish you could eat today??