WOO HOO! I finally got to see Paranormal Activity 4!!

You guys know I loved the second one and the third one, so there was no doubt I had to check out the fourth.

Of course, Jay and I couldn’t go see Paranormal Activity without our friend, Joey. And, of course, we can’t see Joey without seeing Kate. So we made an evening out of it and met up for dinner and drinks beforehand at Wolf’s 1-11. 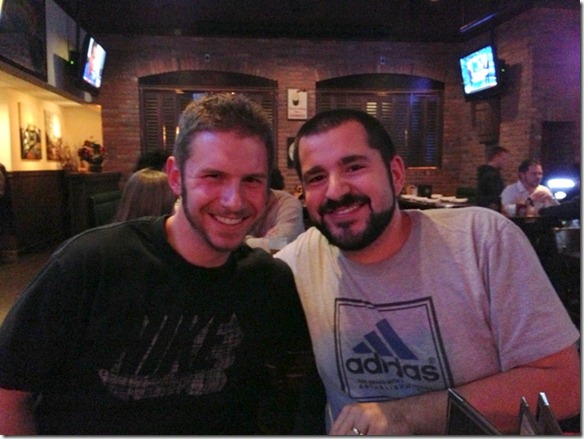 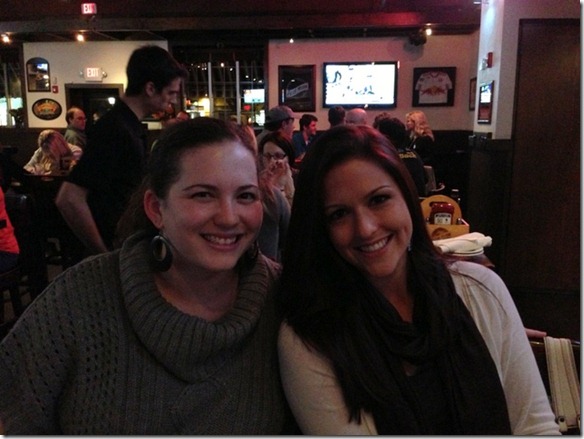 By the time Jay and I got there, our pals already had drinks waiting for us. They’re just the best.

Octoberfest for him, pinot grigio for muah. 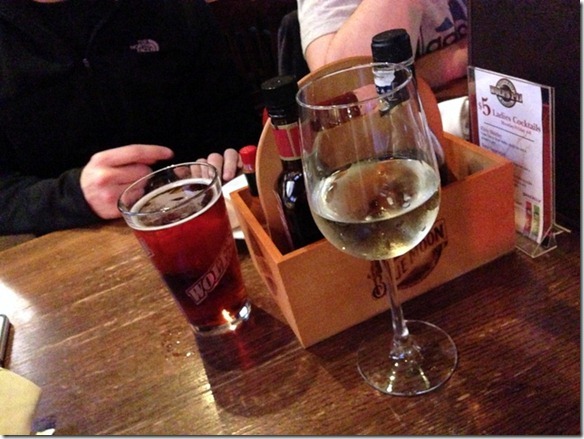 For my dinner, I decided to order their chicken philly cheesesteak with sweet potato fries (duh). 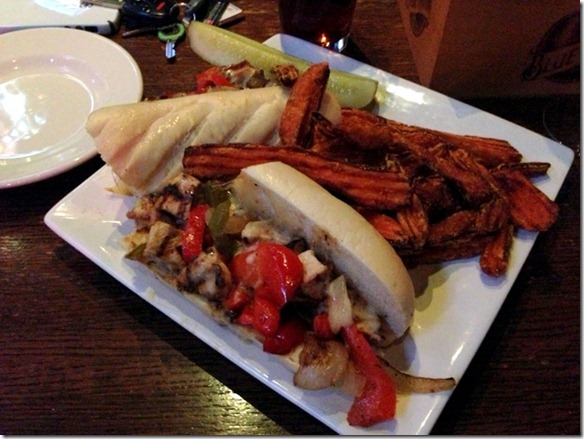 There wasn’t too much provolone cheese on there as I was expecting, which was sort of a bummer, but the chicken, peppers and onions had good flavor. I pretty much ate all of the innards and left the roll behind 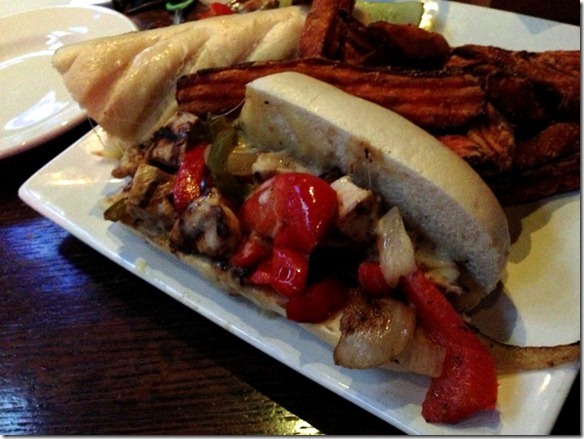 All of a sudden, we realized we had about 15 minutes before our movie started, so we left dinner, said our goodbyes to Kate (she doesn’t do scary movies), and headed down the street to the movie theater.

I hadn’t planned on getting anything while we were there, but as soon as we passed the concession stand, I felt a strong need for Raisinets (we know how they go in movies). Funny enough, I left the concession stand with no Raisinets (they did have them!), but with a box of pretzel m&m’s and sour patch watermelons…and with $7.75 less in my wallet. Ouch. 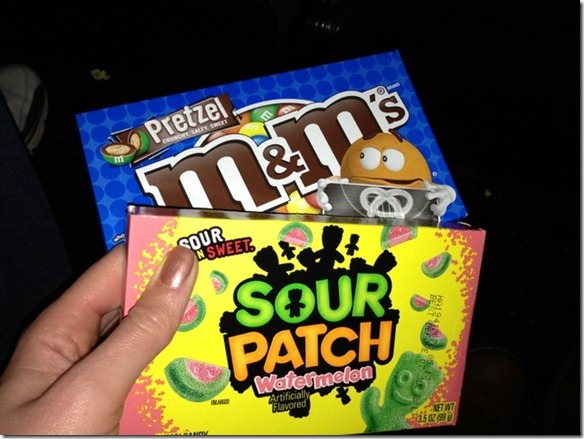 I bought the two to share with the boys, but as it turns out, I guess none of us were in much of a mood for candy because we probably only ate about half of each box of candy. Ahh well.

If you’re wondering how the movie was? It was pretty awesome…and the end was pretty craaaaazy.

Jay and I have a few different things on the agenda today, followed by a Halloween party tonight that we are sooo not prepared for (in the costume department). We’re going to attempt to wing something last minute…we’ll see how that goes!

What are some of your favorite movie snacks?