Where do I even begin? Seriously.

I spent a good majority of my afternoon reading through each and every one of your incredible comments, often times smiling and tearing up simultaneously. The support you’ve all been sending me – via Twitter, email, phone, comments – is just mind blowing and I can’t thank you enough.

Immediately after writing yesterday’s post, I felt a twinge of anxiousness as I hit “publish,” but more than that, I felt relieved. To finally have that off my chest felt just so good. I know I didn’t have to share it with all of you and could have kept going along as I was…but after seeing just how many of you are going through/ have gone through the same exact thing, that made it all worth it to me.

As much as it truly stinks to know that so many have been effected by HA, as many of you have stated, it’s also comforting to know that we’re not alone. So if my shedding light on the subject of HA has already helped more than one of you, then I have accomplished what I had hoped to. And that already makes me feel better.

I’m sure that, as time goes on, I will continue to share my journey with you all because I realized after re-reading yesterday’s post that I still have quite a bit to say. But for now, it’s time to step away from the subject for a bit and carry on like normal…we’ll get back it soon!

Last night, Jay and I had our first softball game in almost three weeks. It felt great to be back out on the field again! Even if my three runs down the first baseline had me panting like a dog…my goodness have I lost my stamina.

After the game I ended up coming home and getting a migraine (my first one since, oh I don’t know, sixth grade?) so I quickly took some advil and went to bed. This morning? Feeling better than ever!

Breakfast was a yummy one… 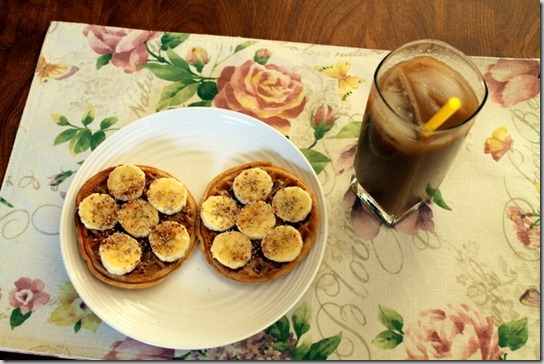 I recycled my photos from Monday, just because I was too lazy to grab the camera and upload any photos this morning. But I will tell you that today was the same exact meal…only a little more disheveled. 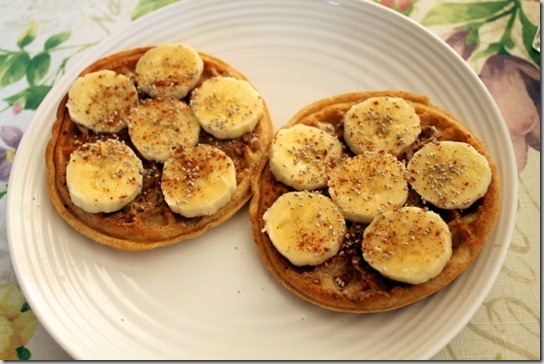 Now I’m headed off to the gym (yes, I’m still there, part time!) to train a client and then hopefully I make it back home before all these major storms arrive. Holy cow…they’re really making it sound like it’s gonna get crazy out there today!

If you happen to be in any of those stormy areas, be safe today!

« When Your Definition of Healthy Changes
Two Breakfasts In One Day? »