Since having Alex, we haven’t had the opportunity for too many outings with just Lucas. This was something I’d really hoped we would be able to do more often, but between busy schedules and Alex being a bit of a tough babe, it just hasn’t been easy.

But last week, our friends Kanika and Shaheen wound up having some extra tickets available for our local Polar Express Train Ride, so we decided to take the tickets for a fun night out with just Lucas. 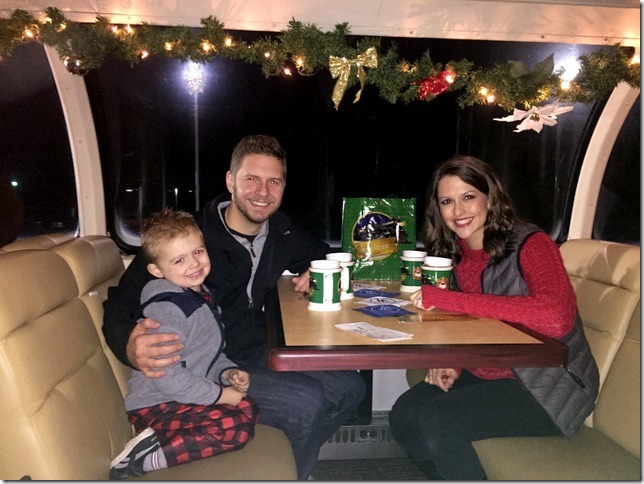 Mr. Alex stayed at home with Jay’s mom, and even though he fought bedtime and was still up when we got home just after 9pm (ay yi yi), she tells us that he really wasn’t that bad. Maybe one of these days he’ll be good for his grandparents! 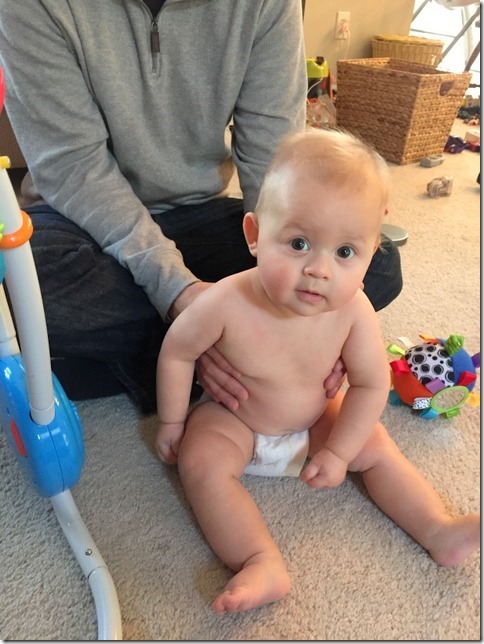 But as for our night out? For the most part (I’ll get there in a second), it was a BLAST. Lucas and Kaura are best buds…if you’ve been reading for any length of time, then you already knew that. 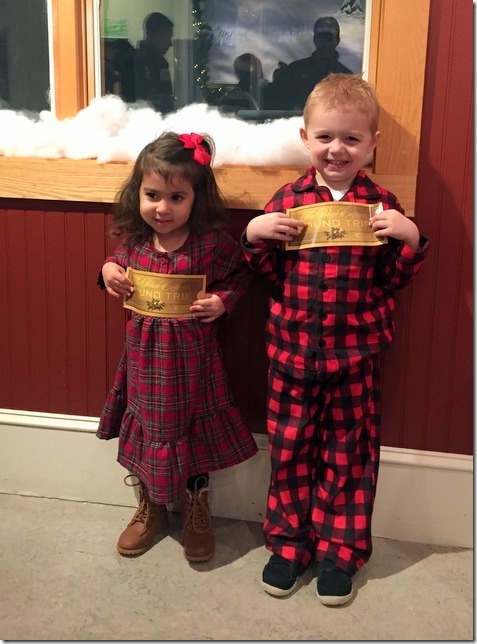 I just love the two of them to pieces and hope that it always stays this way! 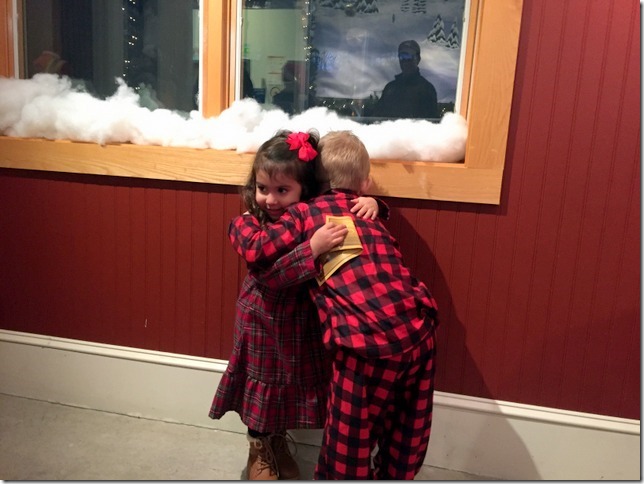 Lucas was SO excited when he saw the train. He loooooves trains and, oddly enough, it’s one of his favorite things to watch when he gets to have time on the iPad. We boarded the train, and watching him soak it all was just making it worth every single penny.

About 10 minutes into the train ride, Lucas asked if we could go home yet. WHAT, CHILD!? He was sort of on and off between wanting to go home and being excited about seeing everything on the train for a while. The workers came around with hot chocolate and cookies so, of course, he was excited for some cookies. 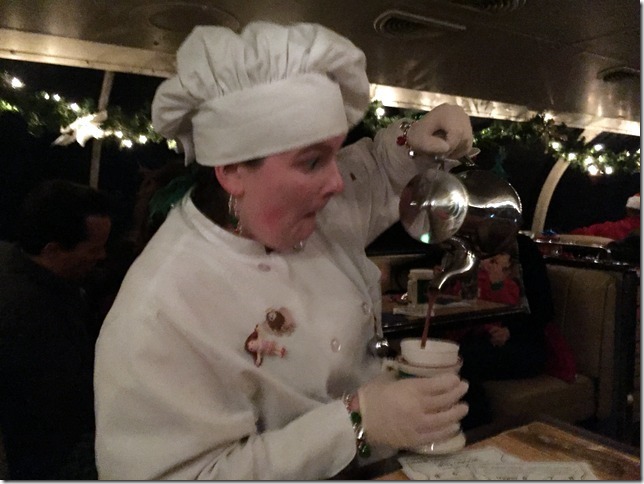 As were mommy and daddy. We love our cookies, too! 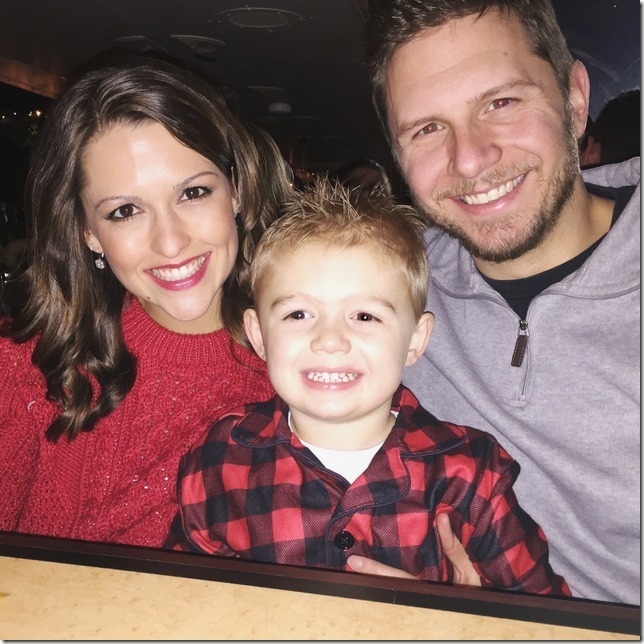 Then we arrived at the North Pole…and Santa boarded the train. Aaaaaaand, Lucas wanted absolutely NOTHING to do with him. Like full out tears, sobbing, wanted to go home…had to hide next to me in the seat and be covered with his coat. Poor guy was breaking my heart!

(Although I shouldn’t have been surprised…his track record with meeting Santa has been no different over the years…although not quite as dramatic as this year!)

Thankfully, by the time Santa was getting closer to us in the train car, I had him to the point where he would at least look at him and wave to him, and he even wished him a ‘Merry Christmas’ so I’ll take that as progress. Then once Santa was gone, everything was back to smooth sailin’. 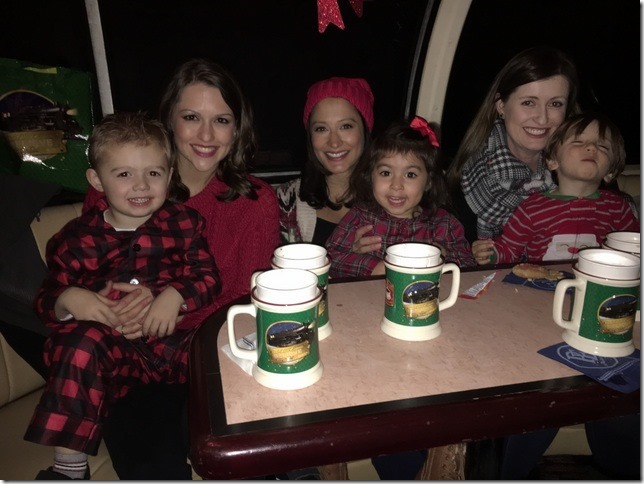 We had lots of fun with our friends! <3 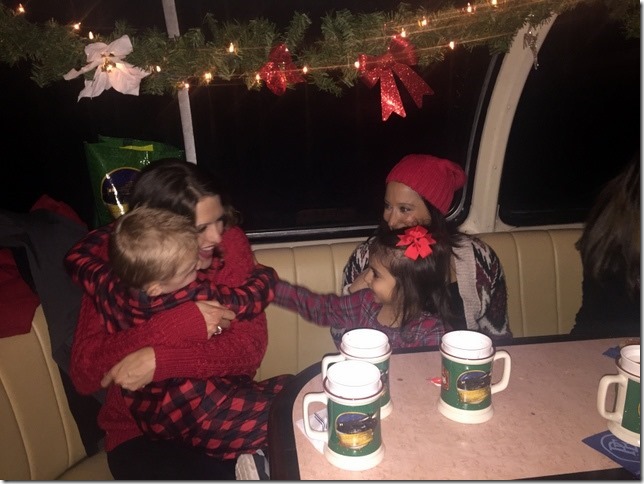 And even more fun playing on the windows. 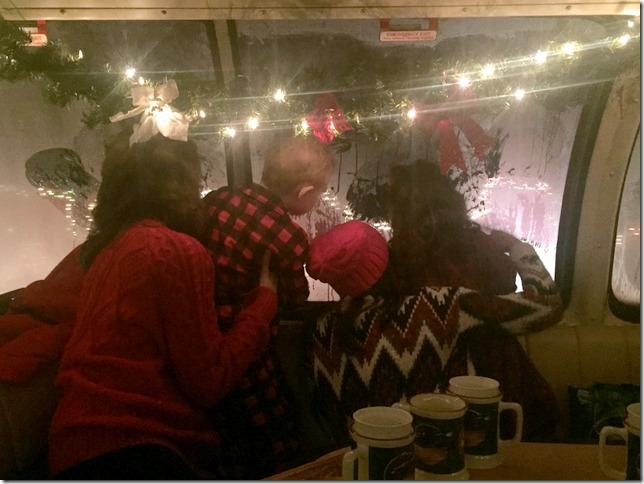 After the train ride was over, we all decided to stop for a bite to eat before heading home. It worked out fabulous because they had a whole back room that was practically empty, except for one other family who also had a toddler. So the kiddos were able to run around and have all sorts of fun while we ate.

And, ummm, how adorable are they sitting at their own table?! 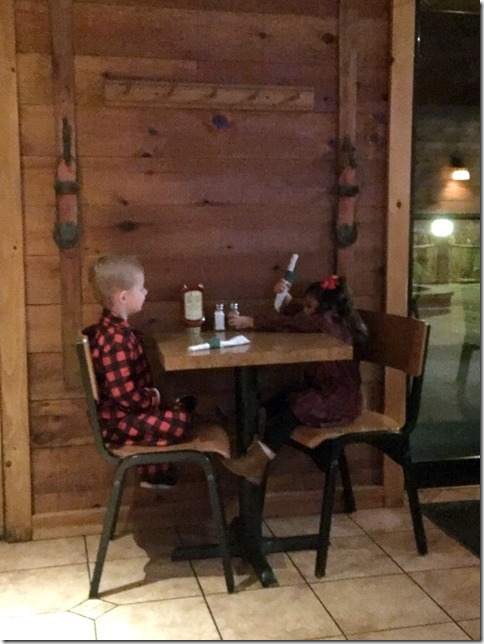 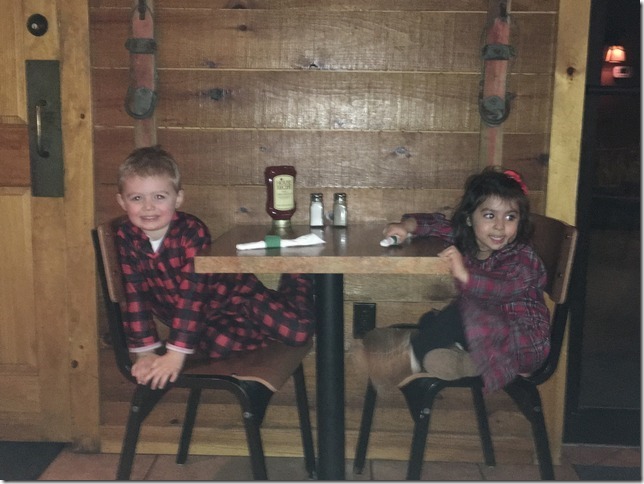 It was definitely a fun and successful evening out, and really did a great job of putting everyone in the Christmas spirit. ‘Tis the season!! <3