So as of Sunday, I’m officially one full week in to T25. Whew.

When I’ve talked about it in the past, there’s been some interest in hearing a review of the program, so I figured I’d share a little bit about my progress as I go through it. I’m also hoping that this will mayyyyybe help me actually stick with something for once. Ha…what a concept?!

So week one is in the books and I’m feelin’ good. To sum up my thoughts…

We’ll have to see how things go for week two, but I’ll keep ya updated!

So switching things up a bit, I have to tell you guys about these brown rice crackers I received yesterday from Food Should Taste Good. 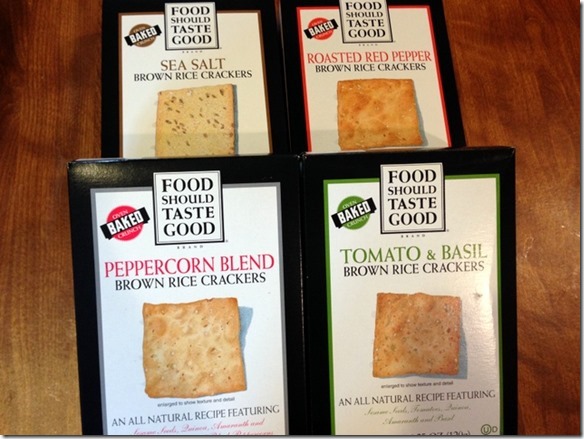 Wow, are they good!! I’ve only tried one kind so far (the roasted red pepper), but I was majorly impressed. They’d be perfect paired with some hummus or guacamole…orrrr, you know, just snacking on straight from the box while getting dinner ready. 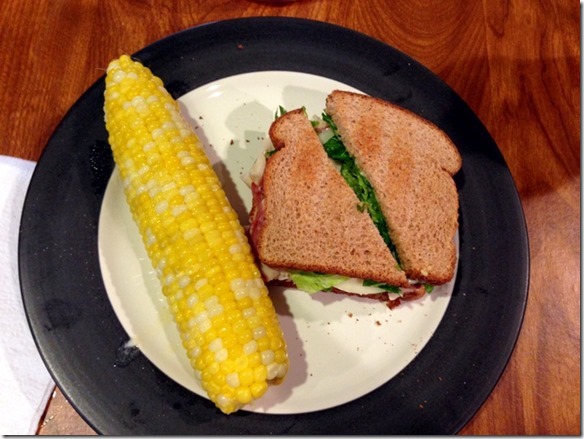 Nothing fancy on the menu last night – just some toasted turkey, provolone, and avocado sandwiches with balsamic mayo and corn on the cob on the side. I’ll tell ya…I look forward to corn season ALL year long. There’s just nothin’ like it!

Turns out, Lucas is just as big of a fan as his mama. 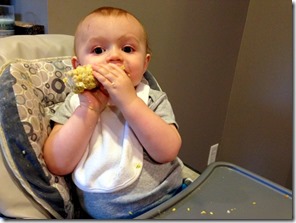 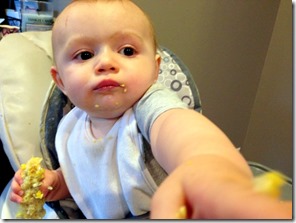 Yeah. And I thought I was messy when I ate my corn. At least I keep my cob nice and neat. 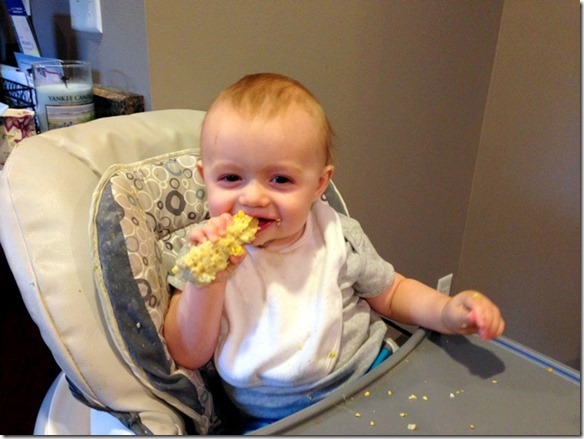 I’m pretty sure he’s got me beat. But not by much.

It’s Monday night so ya know what that means…time for The Bachelorette and some Mistresses (aka, a whole bunch of trash tv). I’ll catch you guys on the flip side!

What kind(s) of workouts are you guys loving these days? Do you prefer to have a plan, or just wing it and do whatever you feel like?