Today, I planned on heading to the gym after work, but I just wasn’t feelin’ it; I had a headache, I wasn’t in the mood to drive, and I just didn’t feel like having to fight for a treadmill. Not sure what I was going to do instead for a workout, I headed home, trying to rack my brain for a different Exercise on Demand video I could do…

But on my drive home, I couldn’t help but admire all the beautiful landscaping all around me and I finally realized, “Hey, it’s a beautiful day. Enjoy it while it lasts and go for a run outside!”

So I did…and while I was at it, I discovered a brand new “toy” on my phone that I am SUPER PSYCHED to share with you all!!! :-D 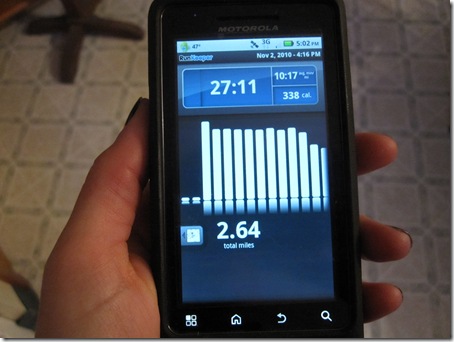 I forgot that when I got my new phone back in August, I had downloaded an app called RunKeeper, which tracks your running/activity stats. Since I just recently got back into running after my foot injury, today was the first time I’ve had the chance to use it. I simply carried my phone with me as a ran, checking periodically at my time while enjoying the beautiful scenery.

Once I was finished, I simply hit “Save Activity” and was then given a Google Map route of my run. Unfortunately, the GPS must not have picked up right away, so I drew in the part (in lighter red) that the program didn’t catch. I’d say that’s probably an extra 1/4 mile or less? But besides that, I am totally impressed with this app! 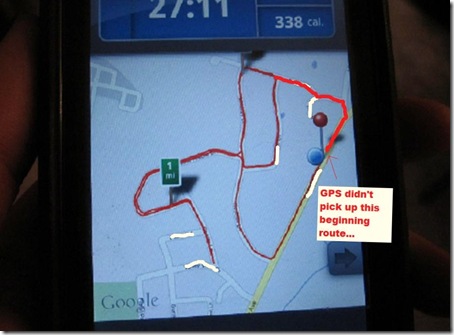 NOT ONLY was my summary given to me over my phone, but as soon as I saved the activity, I was sent an email with a link to even MORE stats and information about my run: 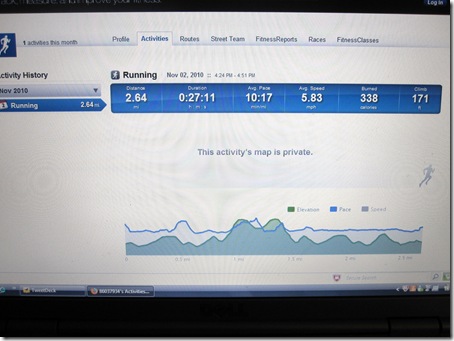 Yeah, you see that elevation change around mile 1? That hill is KILLERRRR! I really had no idea that this app could track so much information! If I had more time, I probably would have gone back out just so I could track some more info. :) 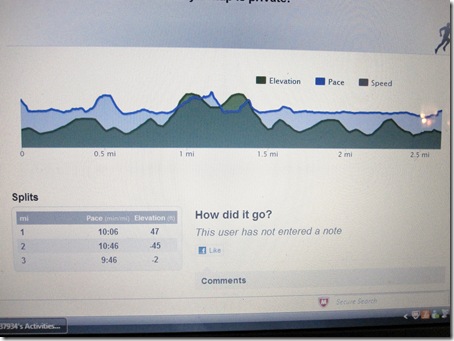 Looks like I can save a couple hundred dollars on that Garmin I had my eye on! ;)

Rewind to breakfast, which brought back an old favorite…Pumpkin Oats! 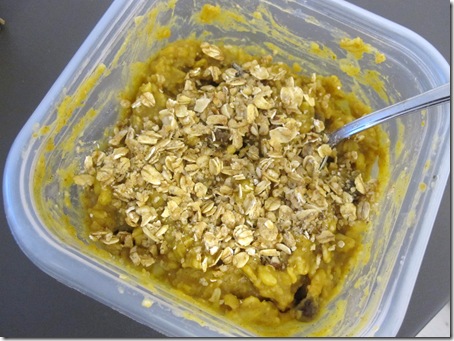 Topped off with some reduced-fat granola with raisins… 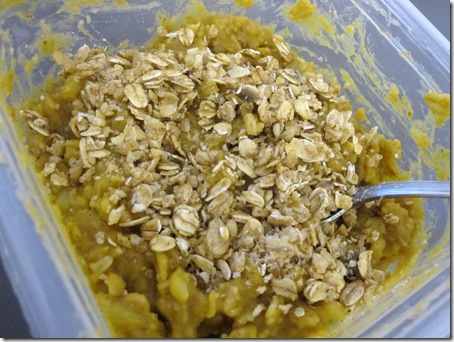 It had been far too long…these babies were AHHHH-mazing! :-P 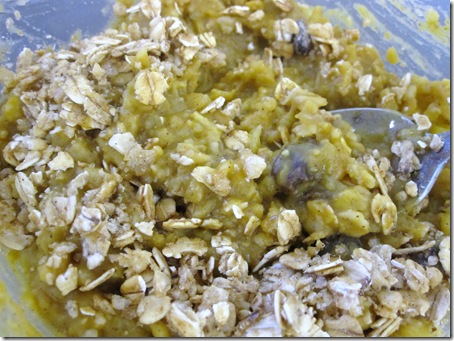 Today I finally finished up the last of my Minestrone Soup! It takes a while for one person to finish off an entire batch of soup. ;) 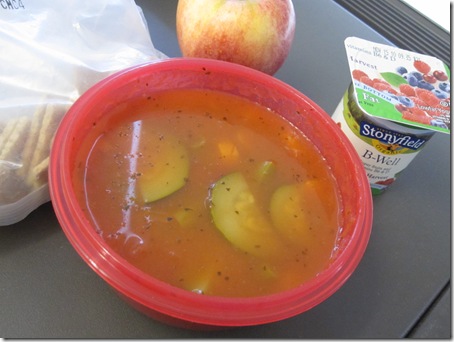 Along with my soup, I brought the last of my beloved Kashi crackers, a crisp gala apple, and a Stonyfield Farms B-Well yogurt which I bought using one of my coupons from the Healthy Living Summit. I don’t usually choose Stonyfield yogurts because of their high sugar content, but this little guy is quite tasty! 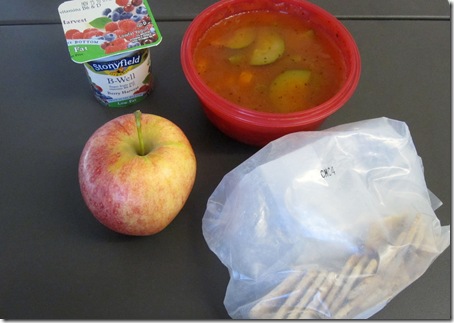 There may or may not have been a mystery cookie and a mini box of Nerds included at lunch today…I’ll let you decide. ;)

Not sure what’s on the agenda for dinner tonight? Once Jay gets home, we’re headed out to do our civic duty and VOTE, then take care of a few errands. One of which is checking out some new treadmills(!!!) :-D

Do you use any stat trackers (i.e., Garmin, phone apps…) when you run/walk/bike/etc?