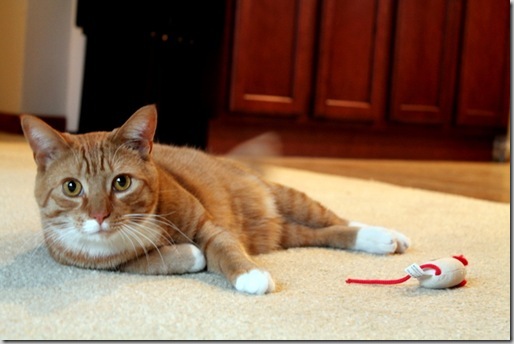 Love, Cody and his Mama

Code-man was really itching for some attention this morning, so we wound up spending about five minutes hanging out and playing fetch. 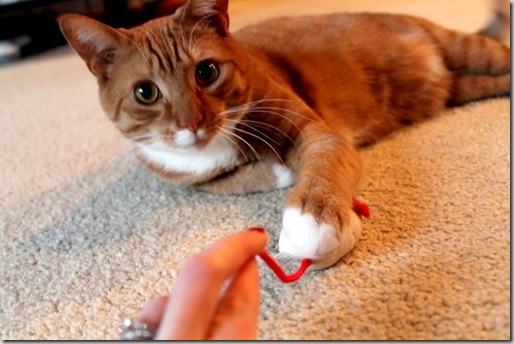 He was definitely in rare form to start. 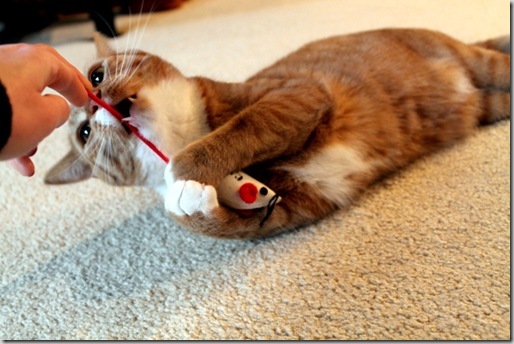 But his attention fizzled out pretty quickly… 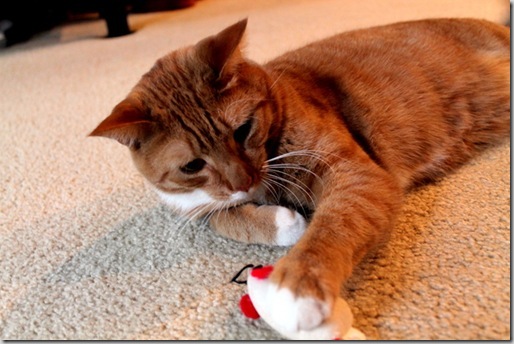 Aaaaand, he was done. 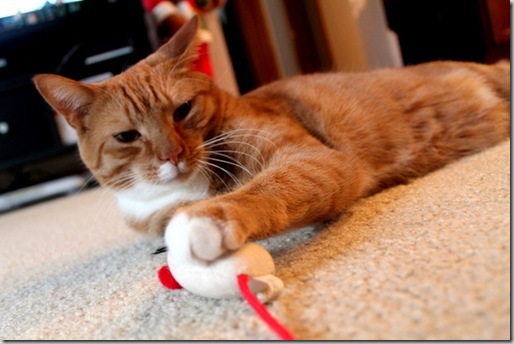 Such a cutie, I’ll tell ya! 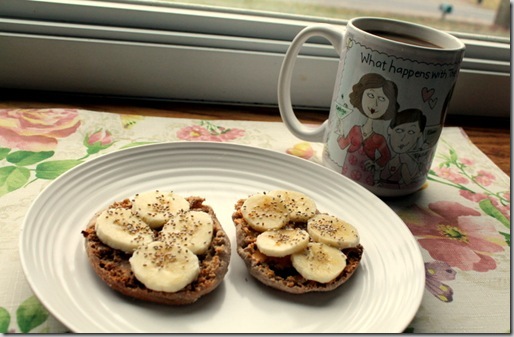 I couldn’t really decide whether or not I wanted almond butter or peanut butter today, so I did the only logical thing and had both. Almond on the left, peanut on the right. 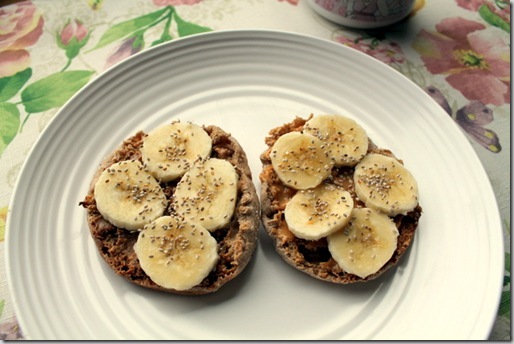 The peanut butter won out half way through, so I saved that half for last. Even better, it was on the best half. 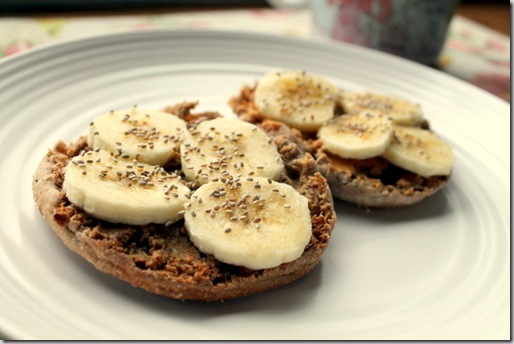 Today’s workout was the usual Monday morning BodyCombat, but it was an awesome class. My motivation to go was only so-so this morning, but I knew once I got there, I wouldn’t regret it. My shoulders were on FIRE for at least 3/4 of the class, and when they weren’t, my legs were. Gotta love feelin’ the burn!

And of course, just in case you’re playing a little catch-up this morning, here’s what you may have missed on STSL over the weekend:

**Side note: I’ve only had one winner contact me from the Working Out Sucks book giveaway. Make sure to check and see whether or not you’re one of the other two!**

Have a great day, everyone!!

What are some of your biggest motivators for working out?

« Not Our Usual Style
Why January Is Awesome »