This morning was the first morning in a while that I’ve attempted the pre- 6:00am workout. Not as easy to “ease” back into as I had hoped. :shock:

After making it through the first five minutes of warming up without actually falling asleep, I figured I was good enough to continue. However, the energy level was just not there…maybe I didn’t get as a good a nights’ sleep as I thought?

Despite the lack of energy (and breath, but I’ll get into that more in a minute…) I ended up doing my 45 minute treadmill walk while catching up on the morning news.

So as I mentioned, today’s workout was a bit of a difficult one…

You may or may not already know that I do, in fact, have asthma. As a child, it was something that I struggled with on a day-to-day basis. My elementary & middle school years were spent trying to keep things in check, using 2-3 different inhalers every day to try to combat any flair-ups. When the flair-ups did arise, it was awful; sometimes we could battle the asthma attacks at home, but sometimes they were bad enough to require a trip to the doctor’s office for oxygen treatments.

As I grew older, my symptoms slowly subsided and I was eventually able to wean myself off of my medication. I continued to keep a rescue inhaler at all times, in case of emergency, but usually only needed it if I’d caught a cold that landed in my chest, or if I was going to be exercising/playing sports.

As I made my way into adulthood, I barely even thought twice about my once troublesome asthma. Everything was great and I could exercise strong…until we found Cody. 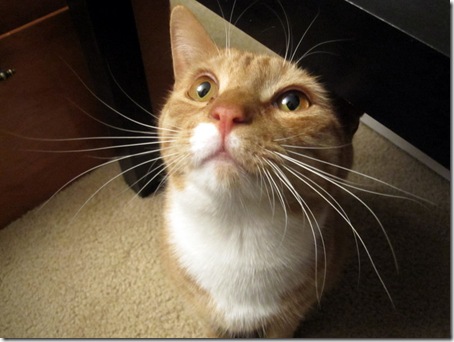 Apparently, after being away from cats for two years, (I’d been out of my parents’ house for that long, and they had cats) being re-exposed to him brought my asthma back…in full-force. I’ll tell ya, it was a good thing he was so stinkin’ cute!! 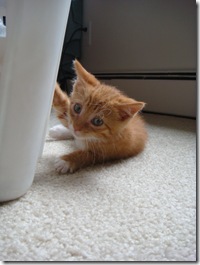 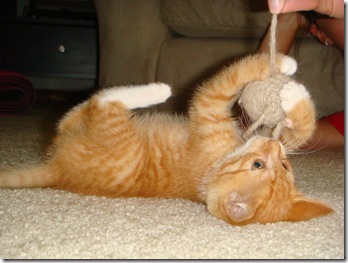 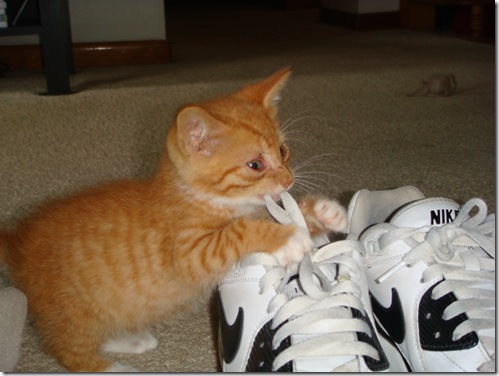 After a few trips to the doctor, I was put on Singulair and almost immediately felt like a brand new person. For the most part, my asthma symptoms had subsided, and I could once again get back to my normal exercise routine.

Well lately, my asthma symptoms have not been that easy to regulate. I’ve been using my rescue inhaler way more than I should be, I wake up in the middle of the night tight-chested and wheezy, and exercise has been pretty difficult. Without having yet talked to my doctor (I have an appointment scheduled for Thursday) I’m attributing most of my problems to all the kicked-up dust from our kitchen renovations, but I can’t be sure.

Even though it’s been a little difficult on the exercise front, that doesn’t mean I get an excuse to not keep moving, though! Anyone with asthma can (and should!) definitely still keep moving. Here are some of my tips for those of you who may be experiencing the same asthma issues:

Tips for Exercising with Asthma

Tips for Exercising Outdoors with Asthma

Tonight, Jay and I are headed to my in-law’s house for dinner…YAY for not having to wash dishes in the tub!! :-D

Do you deal with any sort of asthma/exercise-induced asthma? How do you keep things in check?