This post is brought to you by a STSL sponsor. Thank you so much for your continued support!

Last week, I shared some of my eating “adventures” with Lucas with you all, so I figured I’d give you a little update to see what’s been working…and what hasn’t.

Granted, I could write this post again a week from now and I’d be willing to bet money on the fact that it would be completely different. But hey, such is life with toddlers, right? 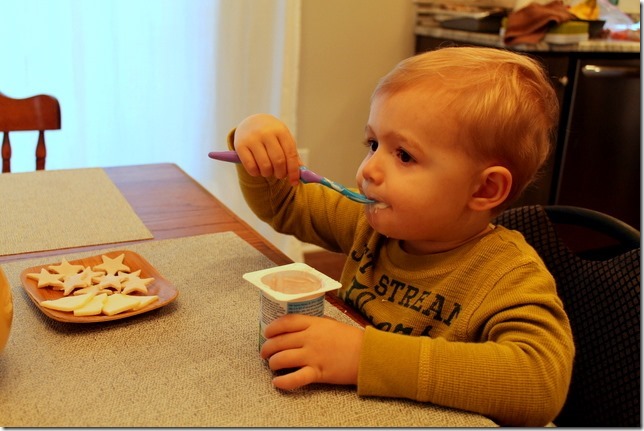 So first, let’s start with breakfast…

On weekends/days we’re home, we’ll usually take more time to make things like pancakes, omelets, or bowls of cereal for breakfast. For the days that Lucas goes to daycare, I’ll usually give him a small snack in the morning at home before we leave (he usually gets up around 7-7:30 and we leave between 7:50-8am). Then I’ll pack him more of a breakfast that he’ll usually eat around 9am or so.

Most days, this includes some sort of fruit, a yogurt, and/or a cereal bar. Other days, I’ll pack muffins or bread if I’ve baked them…like this past week, he’s been loving my banana bread. 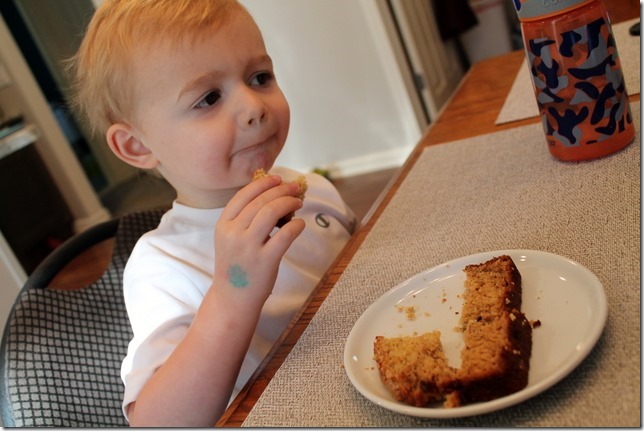 A couple of days, I was in a major rush because I didn’t pack his food the night before (you’d think I’d learn…) so I quickly threw together a banana, a food pouch, and some Sprout® Red Berry & Beet Cereal Snacks. 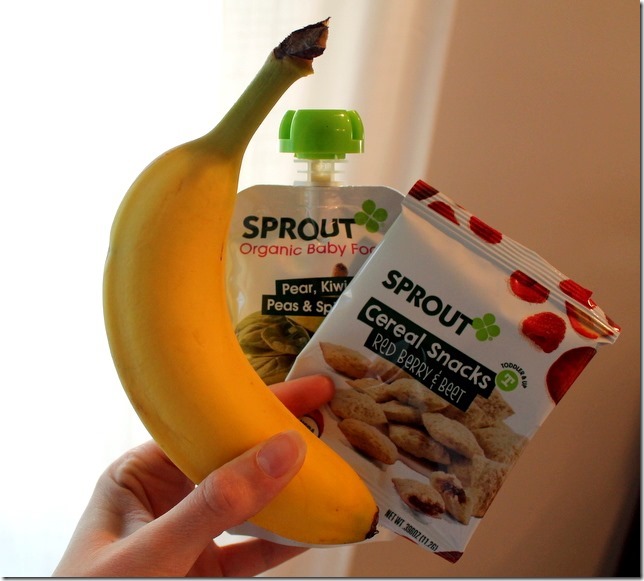 We’ve had the cereal snacks a couple of times this past week as a snack when we get home from daycare, too, and he has really been loving them! 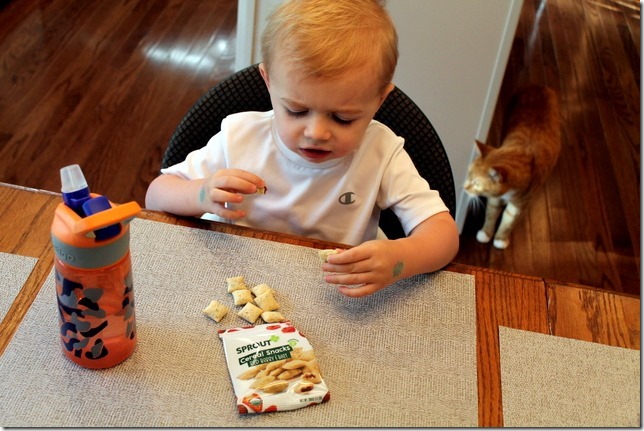 Plus, I’ll fully vouch for their deliciousness. The things are GOOD. 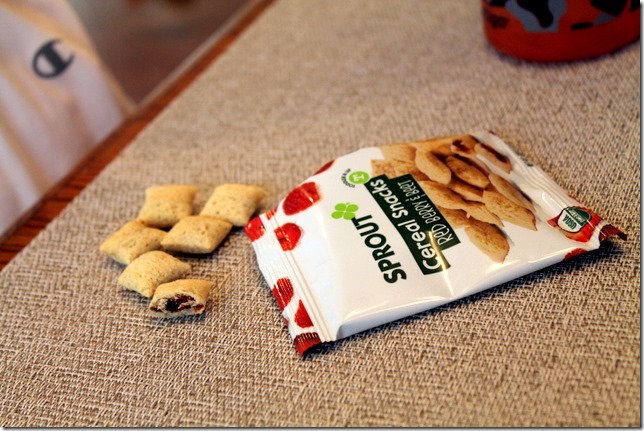 And they’re something you can feel good about feeding the kiddos, too. They’re USDA certified organic, non GMO, and they use no acid preservatives, additives, fillers or flavors in any of their recipes.

Plus, I love how they have honest flavor names that actually match the ingredient lists. It’s something we’re both totally on board with!

I have found that lunch is one of the hardest meals to pack/figure out for Lucas. There is no consistency whatsoever, and rarely can I pack something two days in a row that he’ll eat. Ay yi yi! So lately, I’ve just been packing a bunch of small snacks so he’ll be able to pick/choose, and his sitter will at least have something to offer him. 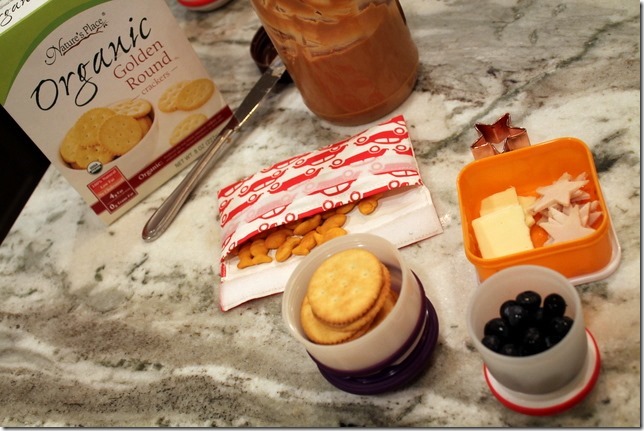 I try to pack his lunches up the night before (along with his breakfasts), and tend to try to hit something from each of the following categories:

Here’s a lunch that I packed up for him one day earlier this week. 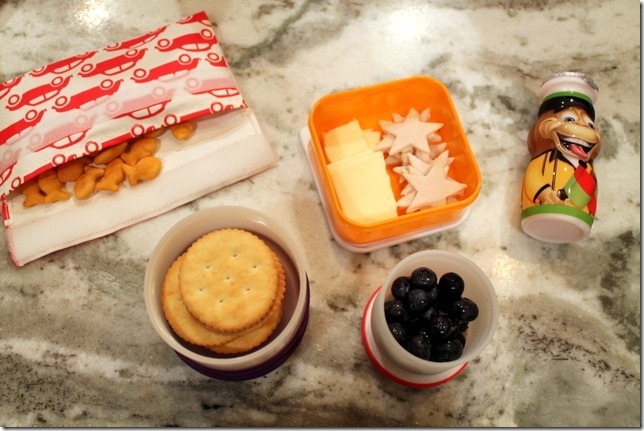 I tried something new by getting some all-natural turkey and cheese from the deli, and I asked them to slice it nice and thick. Then, using a small star-shaped cookie cutter, I cut out star shapes in the turkey (it didn’t work too well with the cheese I had). 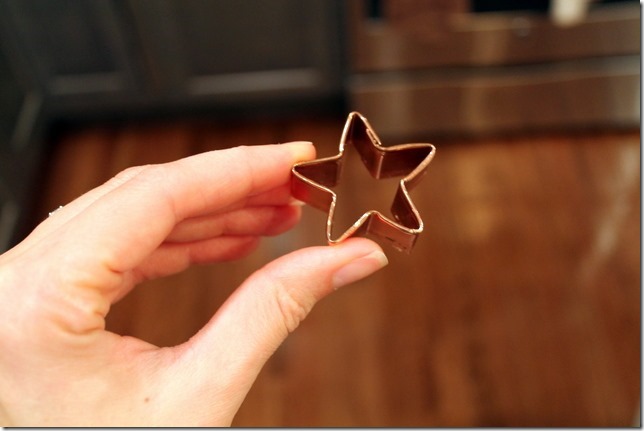 Some days it’s worked, and others it hasn’t. But usually, if he doesn’t eat it for lunch, I can get him to eat it for dinner. Usually. ;) 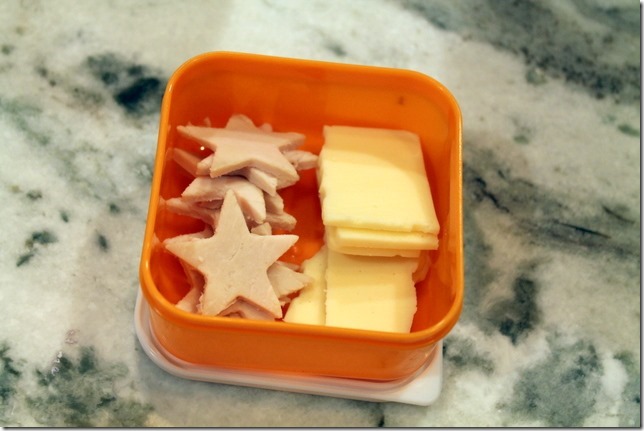 Since I know the turkey can be hit or miss, I also like to add in some other protein, which tends to be peanut butter. 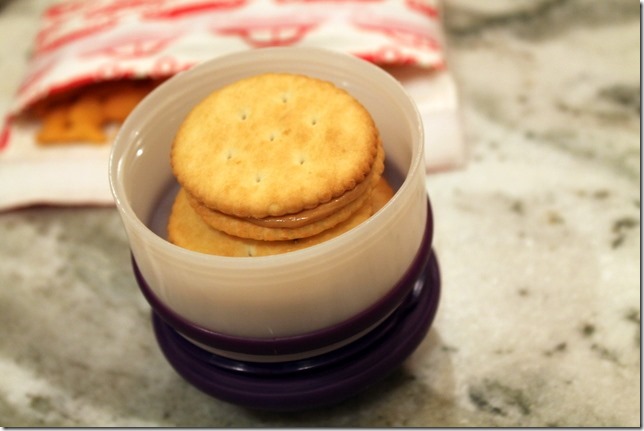 He’s just like his mama with his peanut butter!

Sometimes I’ll throw in some extra snacks, and sometimes I’ll leave them in my purse, in case he wants something when I go to pick him up. Things that are easily portable like food pouches, crackers, bars, and raisins tend to be my go-to’s. 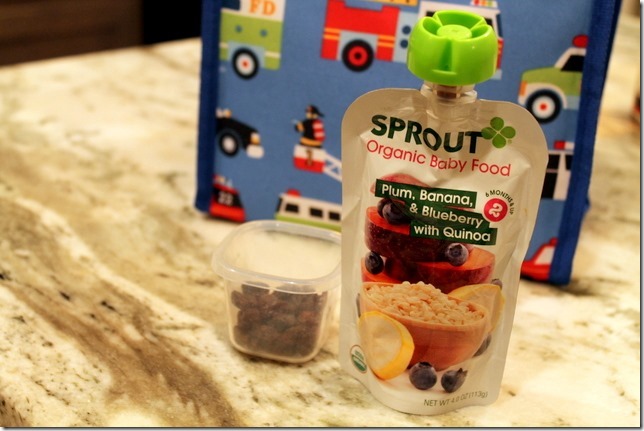 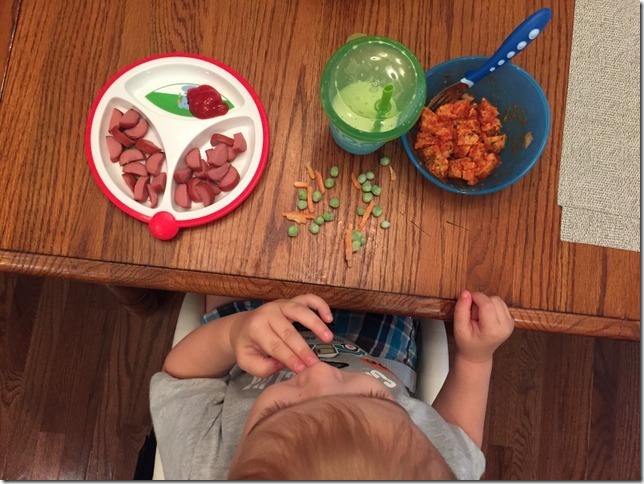 Some days I’ll give him up to 5 options and all he’ll want are frozen peas (I know I’ve mentioned this before at some point…).

Other days, I’ll give him a turkey hot dog, he’ll devour it, ask for another one, and eat that up. 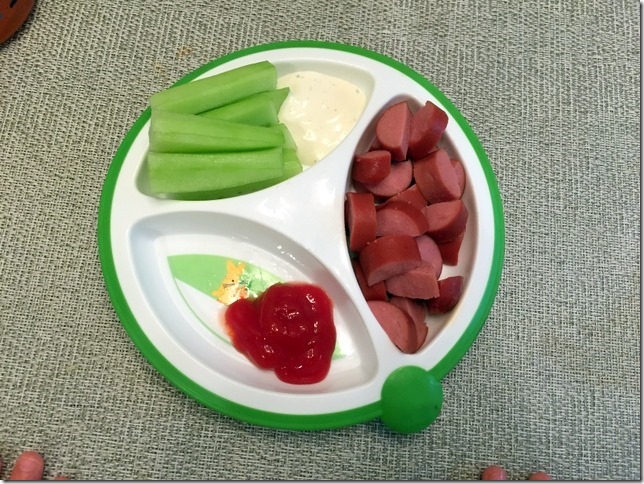 And then other days, all he’ll want is yogurt. 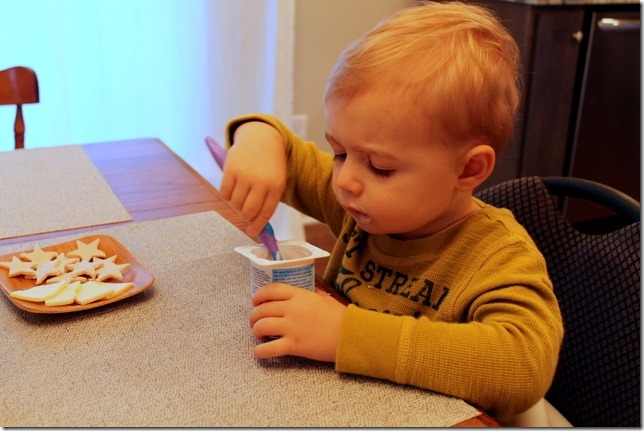 When it comes to dinner, I usually try my best to hit whatever food groups he hasn’t gotten much of so far in the day. Usually that’s veggies, and lately, he’s pretty much only into peas and carrots…so that’s what we do. 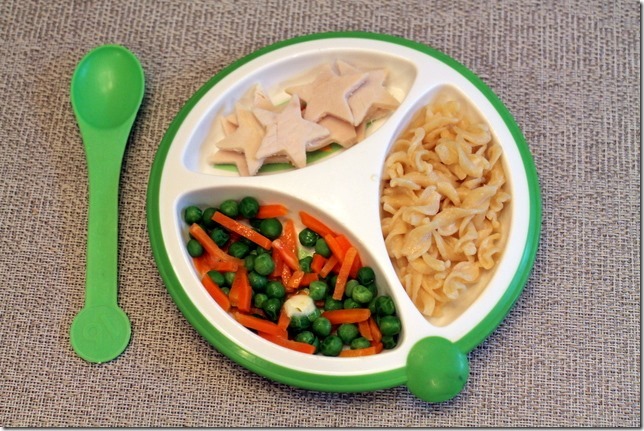 And sometimes, he’s so excited about them he can’t even wait for his mom to finish taking pictures of his food. 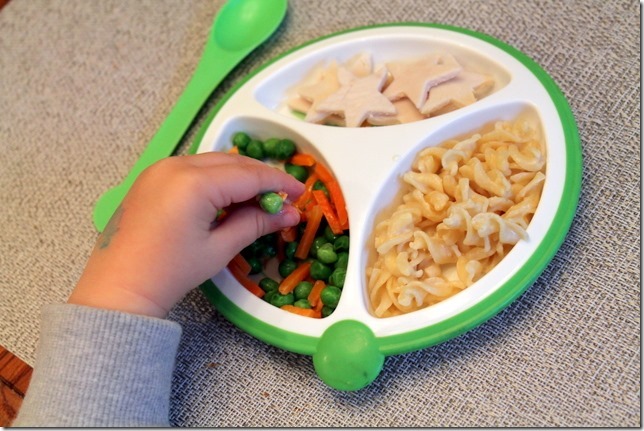 On days where he’s not eating leftovers from his lunch or being super picky, I’ll try to give him some of whatever we’re eating. But since our meals aren’t always toddler friendly or something he enjoys (like steak, for example) I try to get a protein + carb + veggie on his plate. 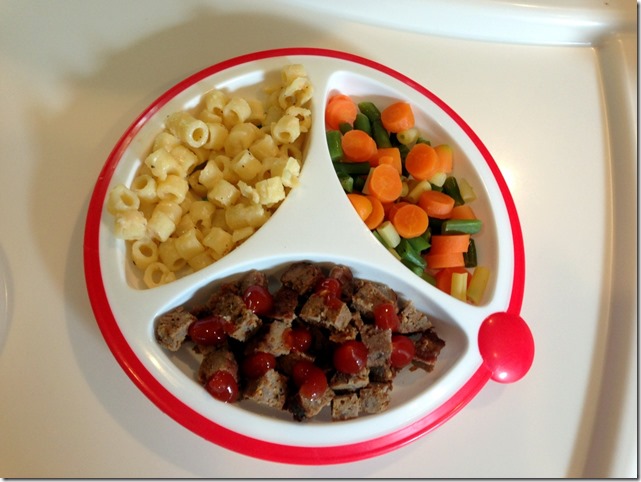 Does he always eat all of it? Ummm, no. Definitely not. But we’re trying! And they say the more you introduce something, the more likely they are to eat it, right? Oh, I can only hope so.