We’ve FINALLY received the word…tomorrow is the day we officially become home owners once again!!

We have our closing tomorrow morning, and from there, the plan is to MOVE, MOVE, MOVE. My poor parents…we’ve been taking over their entire house for the past 5-6 weeks or so, and I’m sure they’ll be ready to not be walking all over cars every day. 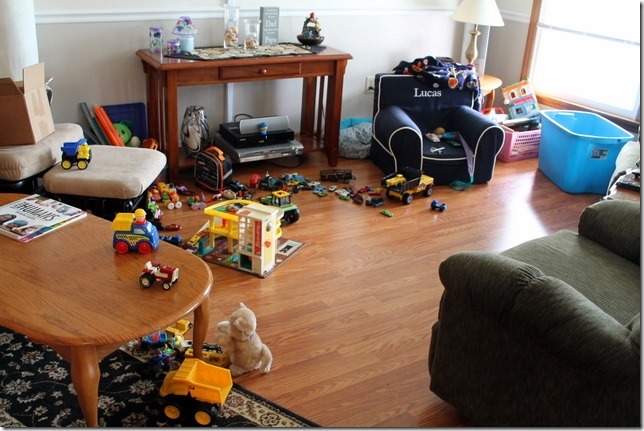 Or actually be able to use their dining room once again. 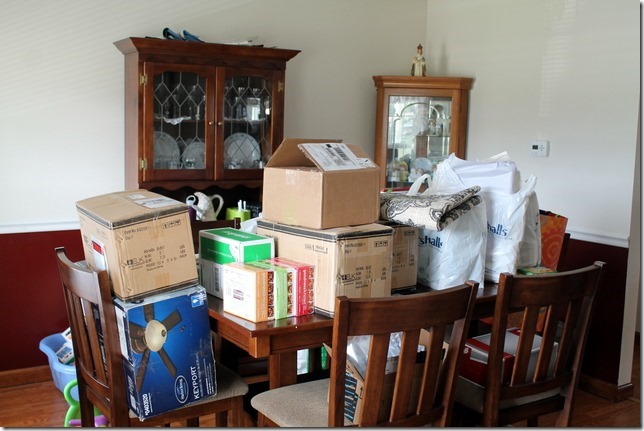 Although, I know that they’re going to be sad to see us go, and it is going to be just another big adjustment for everyone involved. As much as I’ve missed having my OWN space and home to live in, I’ll be the first to admit that it’s been absolutely fabulous having a few extra sets of hands around. My parents have been so wonderful with letting us stay with them, and I really can’t thank them enough. The help, the built-in babysitting, the meals, the porch time with drinks…it’s all been so great.

Thankfully, we won’t be far away though, so they aren’t seeing the last of us.

I’ll also admit though, I did have a bit of a moment (ok, it was quite a few moments) of intense “oh my god, this is really happening…oh my god, we’re going to be broke.” Really, we’re not, and we’ll be good…it’ll just be a bit of an adjustment for a while.

But I have nothing to complain about because we’re finally *this close* to being in our new home and continuing on with our next endeavor in life. And I’ll tell you, I cannot WAIT to begin to organize everything, because these days, I don’t know where at least half of our stuff is on any given day. 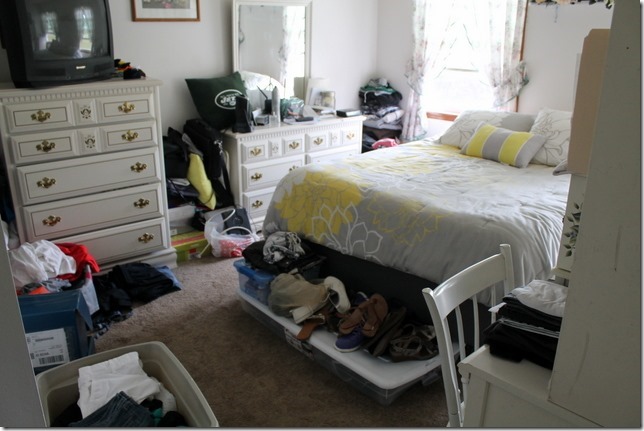 Hey, throwback old bedroom set from when I was a kid! 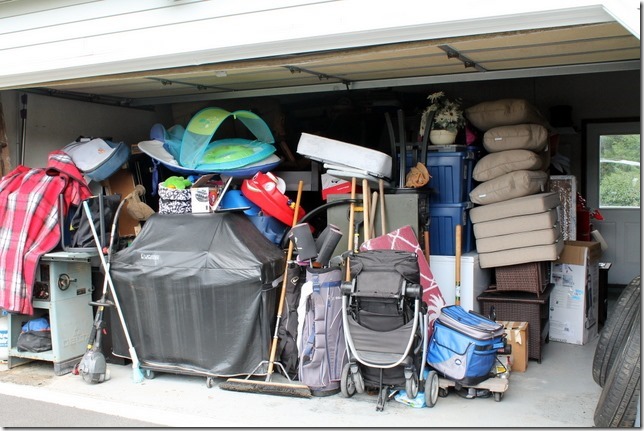 I really have no idea what my posting schedule will be like in the days to come, because for one, I have no idea when we’ll have internet, and two…I’m going to have my hands full. But I’m sure I’ll find a way to check in sooner rather than later, because I can’t stay away from you all for too long.

But I’ll say, I’m excited to feel settled once again so I can start to focus a little more on  the ol’ blog. With all that’s been going on this summer, I feel like a lot of the posts I’ve really been wanting to share have sort of been put on the back burner because I’ve been too preoccupied to really sit down and type them all out. I’ve got a bunch of different things I want to touch on (not just scratching the surface sort of chatter), and I cannot wait to get back in the kitchen and share some recipes, too! So be on the lookout, because hopefully they’ll all be on the way soon.

As for now, we’re just keepin’ on with our usual routine over here.

Last night included lots of playing with cars out on the porch (with no pants on, of course), 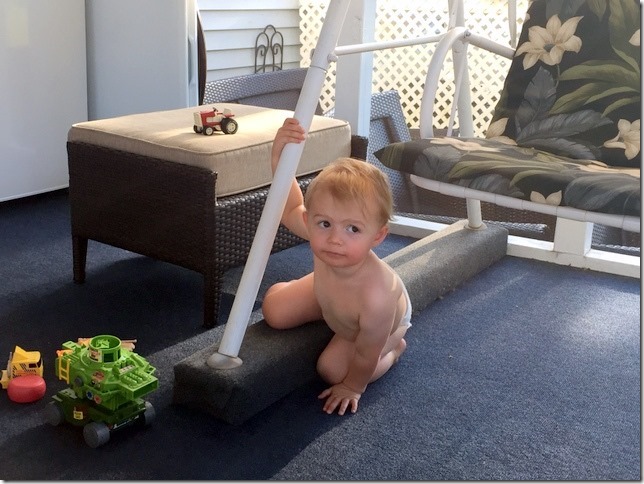 Some snuggles, because I wouldn’t have it any other way… 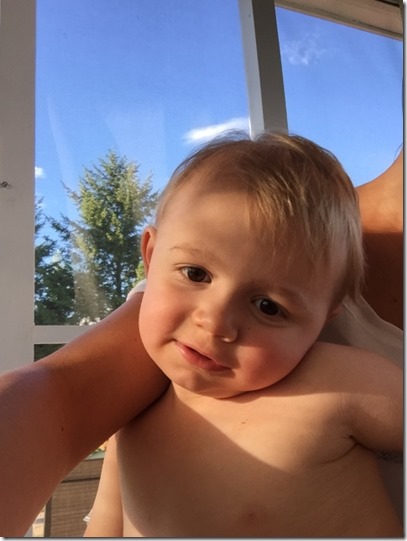 Some wine, because that’s just the norm these days… 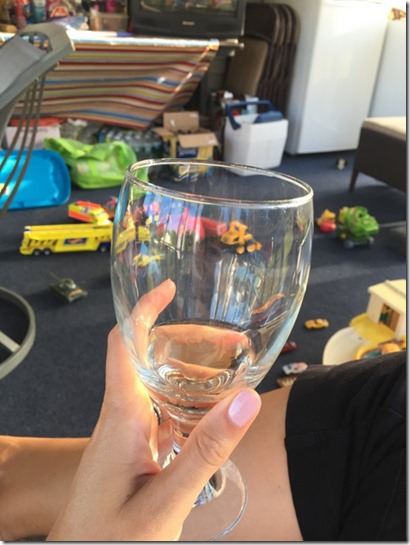 Some homemade sauce with pasta and meatballs… 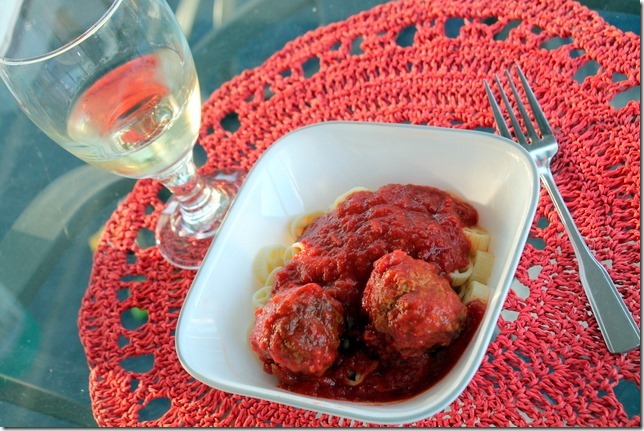 Enjoyed by everyone, obviously. 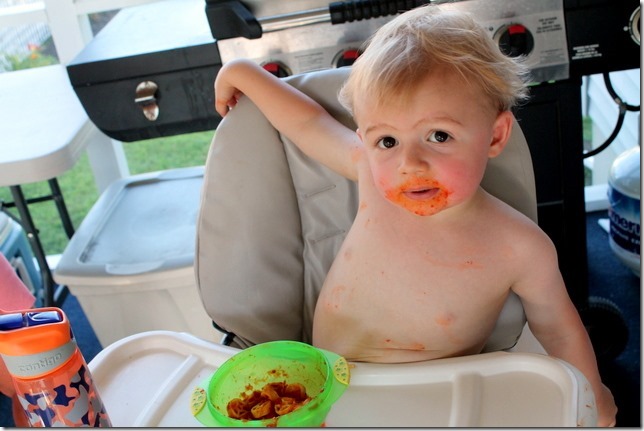 And some brownies with ice cream for dessert. 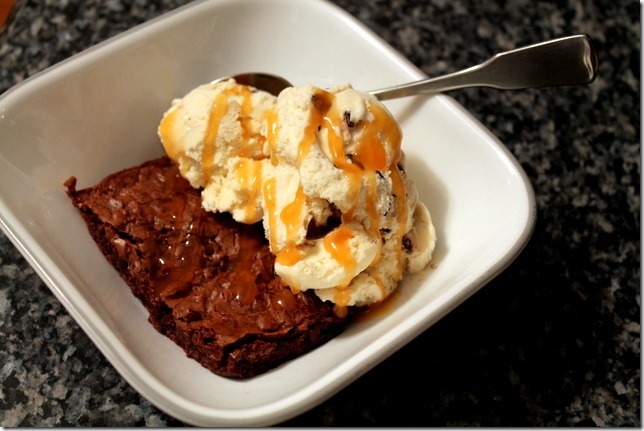 Oh yes, it was quite a delicious and celebratory night over here! And now, I should probably get back to attempting to start packing up some stuff…because it’s seriously everywhere.

Hope you guys are having a great week so far! <3