Last night was so much fun. Gotta love going out on a school work night for a little trivia action with friends! 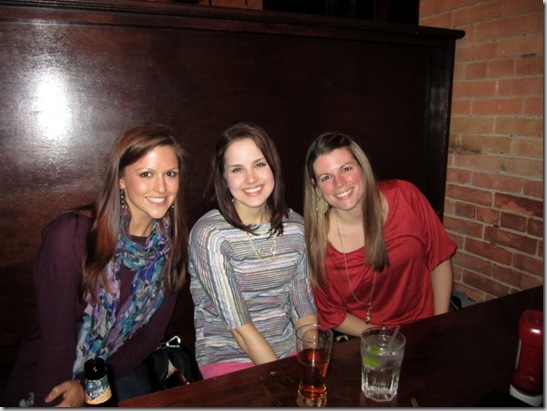 Jay and I headed up to downtown Saratoga to meet up with our friends, Eileen & Dan, and Kathryn & Paul for trivia night. If you’ve got your detective eyes working this morning, you may notice that these booths look a little familiar – I told you we’d be back! 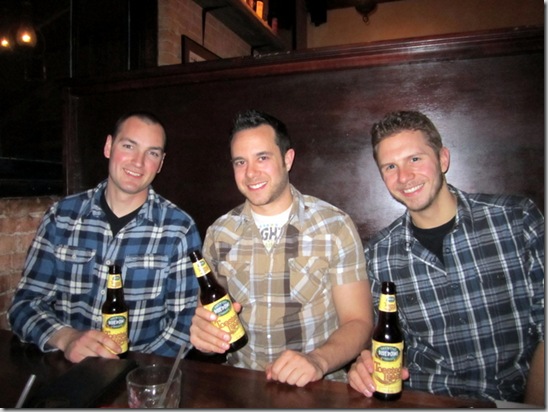 We all made sure to get there a little early so we could grab a good seat, some drinks, and dinner before trivia started. In keeping with the theme for the week, I ordered another blueberry beer. 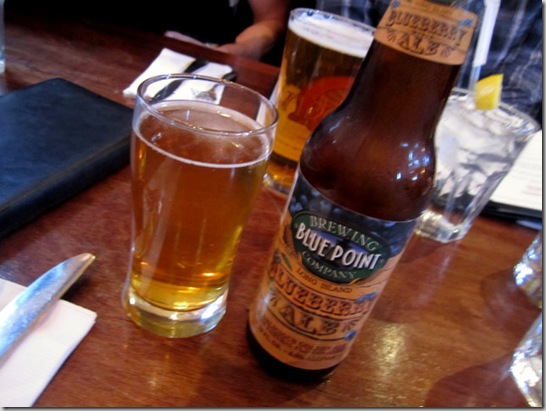 I’m pretty sure that this one is still my favorite, and I had another one later in the evening to fuel me through trivia, too.

Being that this was already my second meal out for the week, with at least one or two more still on the agenda, I figured I should opt for something a bit healthier and take a break on the sweet potato fries. 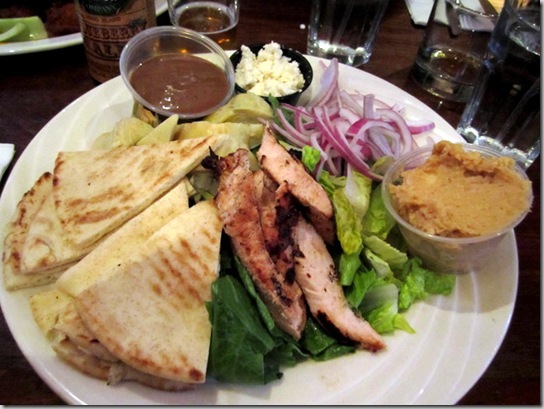 I got their Mediterranean Salad, which came with artichoke hearts, red onions, cucumbers and tomatoes (which they forgot and I had to ask for), feta cheese, grilled chicken, hummus, and pita chips. Everything on the salad was great, but I don’t know about being $14.99 great…yikes.

Shortly after we finished dinner it was time to put on our trivia hats. 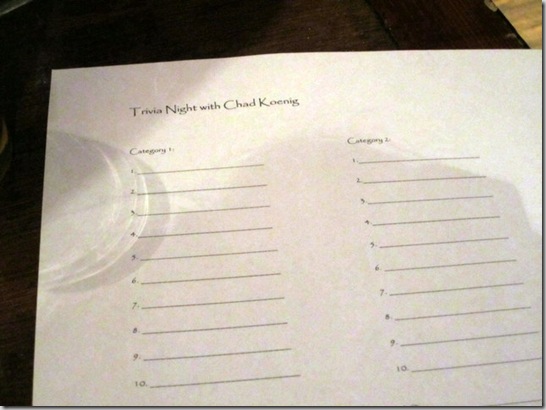 Honestly, I’m pretty awful at trivia, so I was quite proud of the fact that I was still able to contribute a few answers to the team…

There were four rounds for trivia last night, and our team actually ended up winning the 90’s music round. It was great – so many awesome old school songs were played, including “I Love You Always Forever” by Donna Lewis, which I had totally forgotten all about and used to LOVE. I gotta admit though…I was really hoping they were going to bust out some Tubthumping by Chumbawumba.

For winning that round, our table was awarded a free pitcher of beer, but this Dirty Penny Ale was definitely wayyy too heavy for my liking. 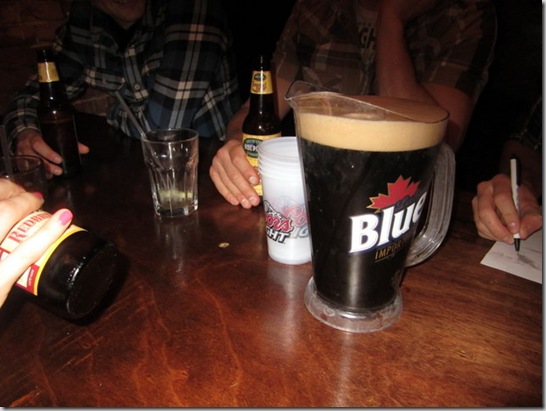 Blech. Not for me, thank you very much.

I have a short shift at work this morning that I’m headed out to, and then there’s a few other things on the to-do list to take care of. We’ll see where it all takes me for the day. Happy Thursday!

Do you do well with trivia? What do you think would be your best and worst subjects?