Alright, I just had to participate in this week’s WIAW. I have way too much good stuff to share!

This week, we’re staying at an all-inclusive resort in Mexico which means, amongst many other things, all you can eat and drink. We have been eating a TON of good food down here, and have been enjoying plenty of delicious drinks. I’ve only taken photos of a few meals, and to be honest, it’s actually been pretty nice to take a break and just eat this week. BUT, I did manage to snap a few photos over the past few days to give you an idea of what I’ve been stuffing my face with.

All I can say is…it’s a darn good thing I don’t live “all-inclusive” all the time. I think you’ll probably see why here.

After finishing my workout for the morning (usually 30-40 minutes at the resort gym – nothing crazy, but it feels good to sweat) it’s time for breakfast. Three out of four breakfasts that we’ve had here have looked very similar to this spread here: fresh fruit, some sort of carb-y side with peanut butter and jelly, and an egg white omelet. 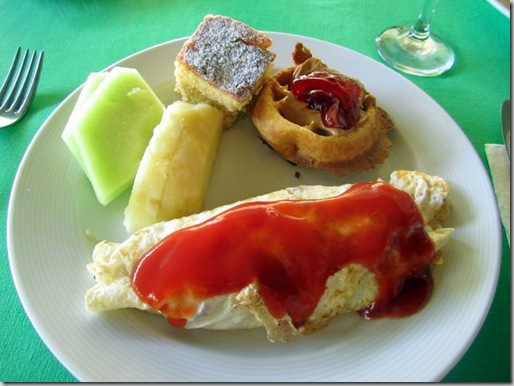 Our resort offers buffets for both breakfast and lunch, which also includes a create-your-own omelet station. I’m basically in love. I’ve been loading up my egg white omelets with TONS of fresh veggies and they.are.awesome. 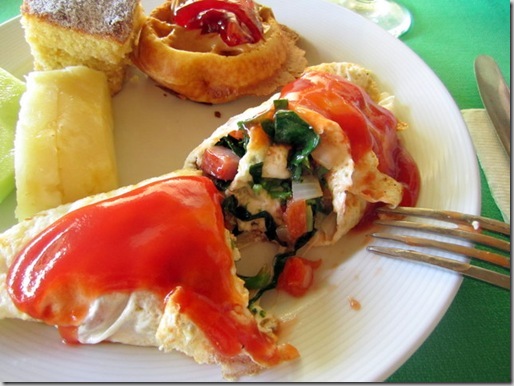 On the one morning I decided to pass on the omelet, I went to the other create-your-own station…but THIS station is all about crepes. 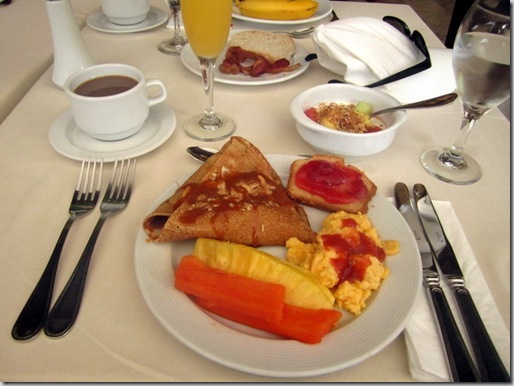 That baby right there is filled up with peanut butter, Nutella, bananas, and strawberries, all topped off with some sliced almonds, caramel sauce, and cinnamon-sugar. Holy moly. This thing was unreal. 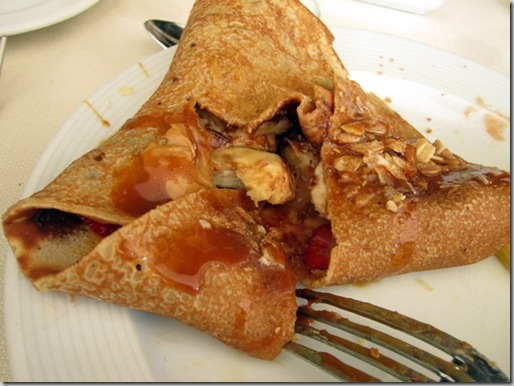 But no matter which breakfast I have, there’s always the same three beverages: water, coffee, and mimosas. Yum. 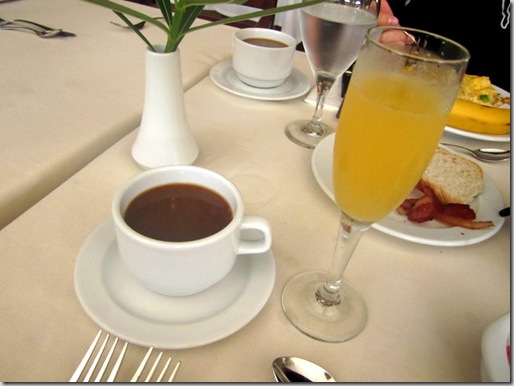 After breakfast, it’s time to head to our spots at the pool, and at 10:00am, the swim up bar opens…

I’ve been making an effort to try a bunch of them off the menu…I’m doing a pretty decent job. 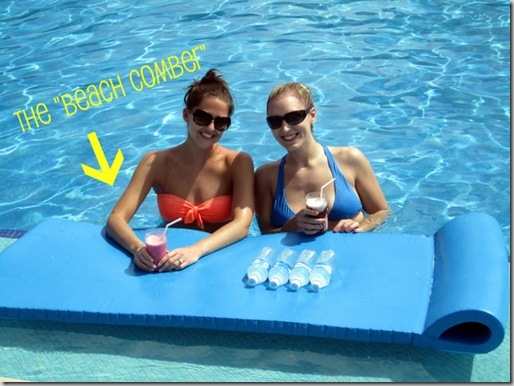 Sometimes, the frozen drinks get a little heavy, so I switch to the fruity punch-like drinks. It’s a tough life. 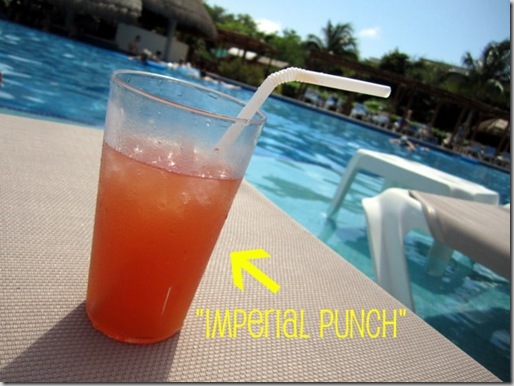 This one wasn’t my favorite…but I couldn’t let it go to waste. 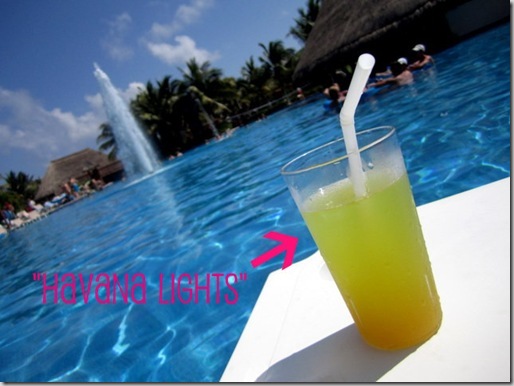 We’ve all been having so much fun by the pool that we don’t even realize what time it is. Eventually somebody decides they’re hungry, and by the time we get to the buffet, we all realize we’re a lot hungrier than we thought. 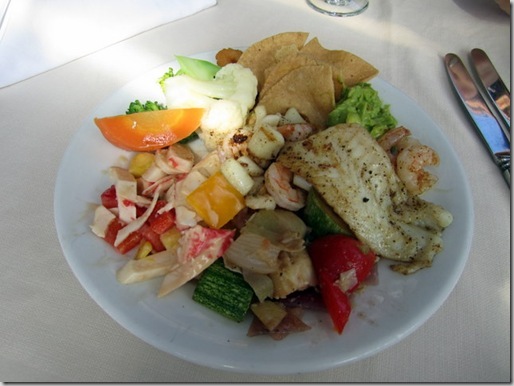 All eight of us usually hit up the buffet for lunch, just because there are so many options and it’s quick and easy to please everyone. Most of my lunches have been looking something like this: veggies, salads, fresh fish from the grill, and lots of tortilla chips with guacamole. 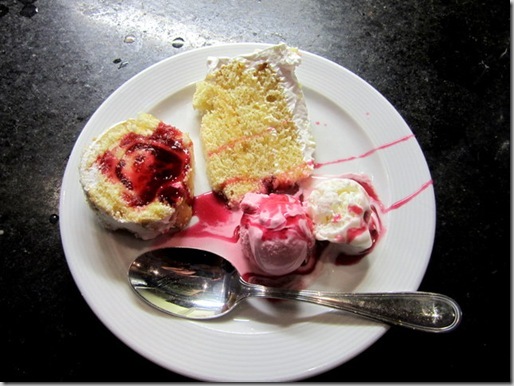 Here’s an example of my plate from the other day. The ice cream is the bomb. 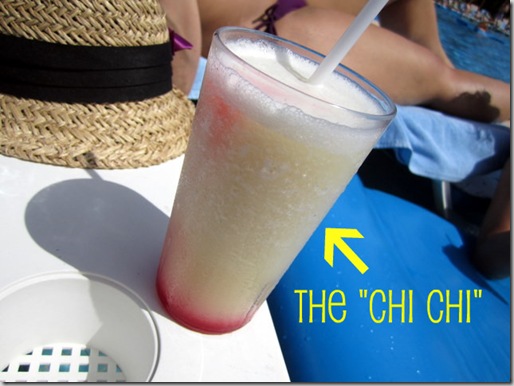 Hey, when in Rome, right? Don’t judge me. 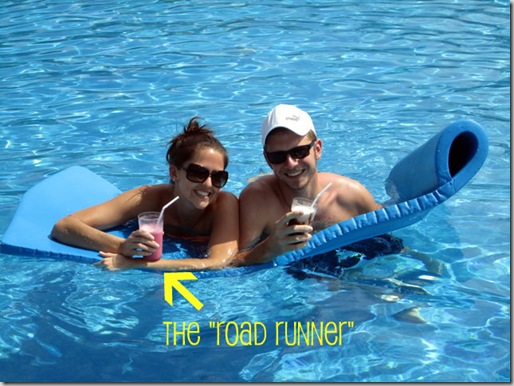 *Water bottles have also been chugged non-stop throughout the days. Gotta break up those alcoholic bevvies, plus that sun is a scorcher! Gotta keep hydrated!

Dinners have been a bit later since our lunches have been later. So far, we’ve enjoyed Mexican, Italian, Seafood, and on this particular night, Japanese/Hibachi. 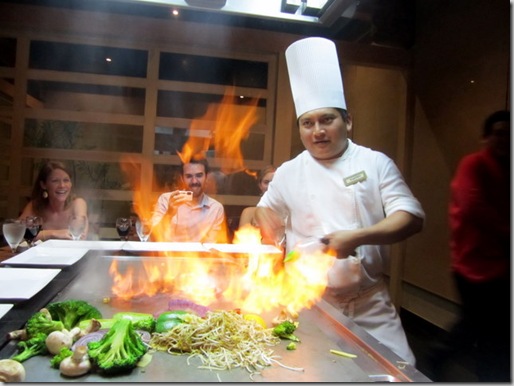 Our waiter that evening was fantastic entertainment. Combine that with a table-full of amazing friends, and you’ve got yourself one heck of a night. 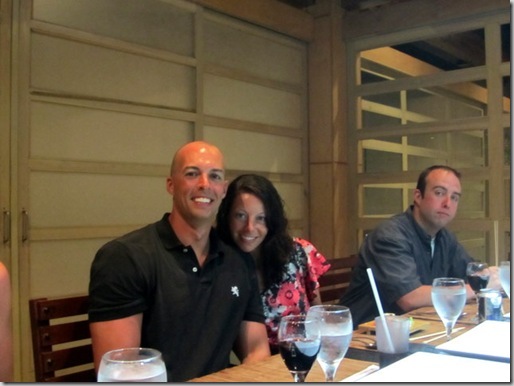 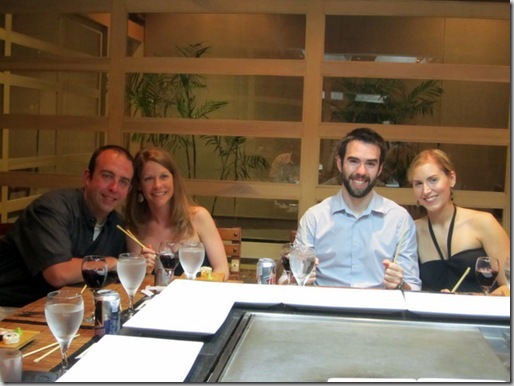 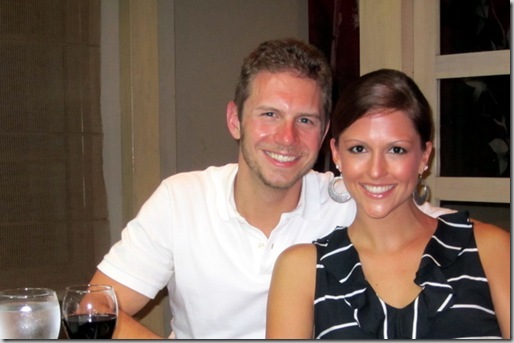 Our hibachi dinner started our with a sushi sampler. All four of those rolls were incredible. 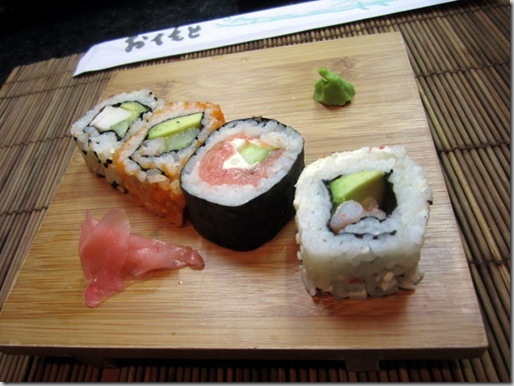 Next was soup – I went for the seafood soup, while just about everyone else went for miso. 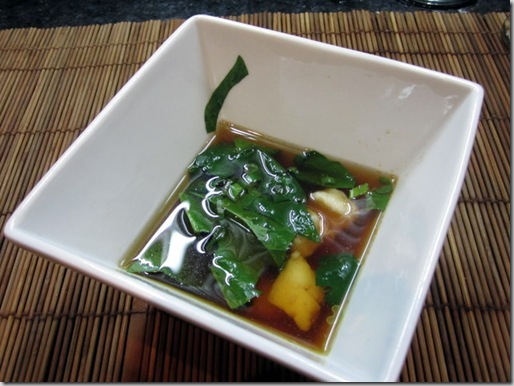 Up next came the fried rice, which was actually made with what we believe was Coca Cola instead of soy sauce. Interesting, right? 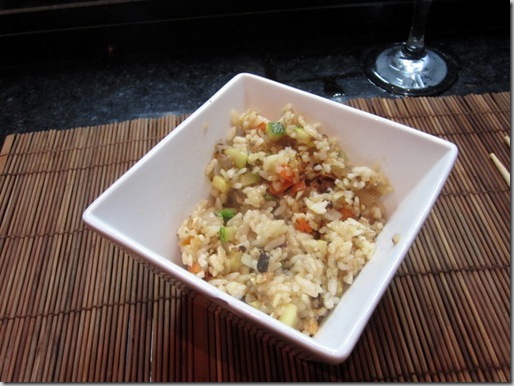 My hibachi combo for the evening was chicken + sea bass, which also came with veggies and shrimp. Everything tasted delicious. 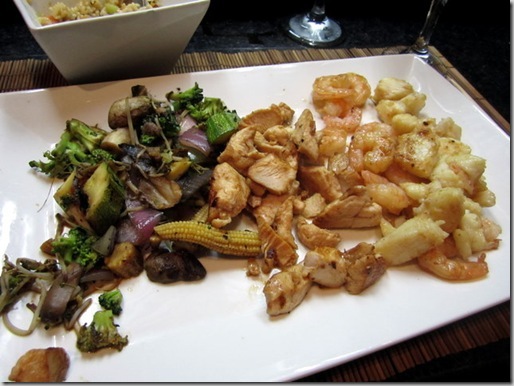 And for dessert? Lychee ice cream. So unique and tasty. 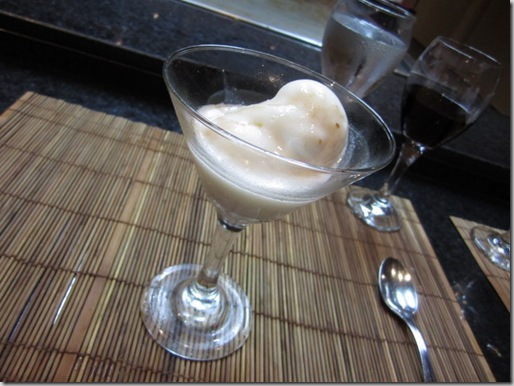 I love how dessert is offered after every dinner. My favorite, by far, has been the tiramisu from the Italian restaurant. It was to.die.for.

That particular evening after our Hibachi dinner was probably the most fun and spontaneous night we’ve had so far on this vacation, if not ever. But this post is already wayyy too long, so I’ll save that story for another time.