Yup, you read that right. Lame-o!

Being our anniversary and all yesterday, we had made plans to go out for a nice dinner, maybe see a movie, and celebrate with a little champagne. The two of us were actually pretty lazy all yesterday, so when the time came to head for dinner, neither one of us were really in the mood to change out of our cozies.

Hey, at least we kept with one of our three original plans… 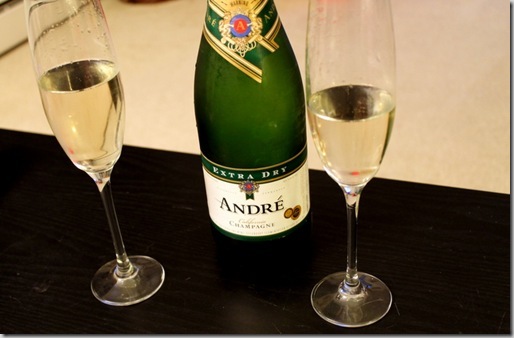 But would you believe that we were even too lazy to walk the whole eleven steps down into the basement to get our special toasting glasses? Geez louise…talk about total bums. 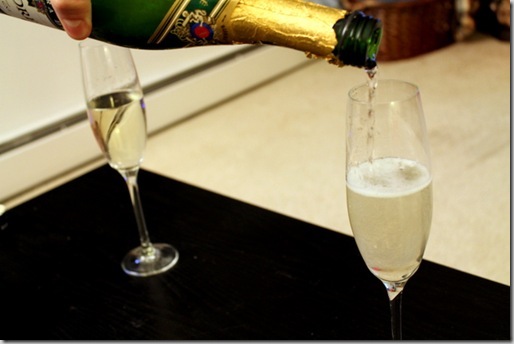 After at least 40 minutes of trying to decide what to do (both of us were indecisive beyond belief) we actually ended up making ourselves a really nice dinner in.

We sautéed some chicken (cut into chunks), diced tomatoes, and zucchini slices in a balsamic vinaigrette dressing and topped it all on a big ‘ol bed of spaghetti squash. This dish definitely turned out to be way better than either of us had expected. 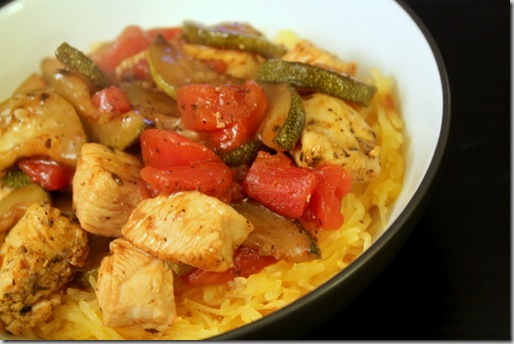 So in the end, we may have been sorta lame, but we did save money on dinner, got to stay in our cozies, and still drank delicious, cheap champagne. Happy anniversary to us!

(By the way, thank you all so much for the anniversary wishes!

This morning, I had a killer workout on the agenda: the High Intensity Circuit Workout. This workout really is just awesome. It kicks my butt every time, but I really feel like a million bucks after.

**I know I mentioned in the original post that this workout is based off of the Spartacus workout from Men’s Health. In case any of you are interested, Jay ended up finding a Spartacus Workout Soundtrack, which we’ve both been using. It is AWESOME because it gives you background noise and tells you when to start and stop each workout (no continuous glancing at a stopwatch). In case you want to download it for yourself, just click here.**

Cravings for peanut butter erupted in a big way this morning, so I made it happen. 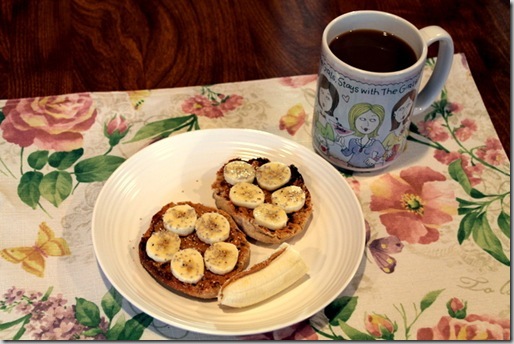 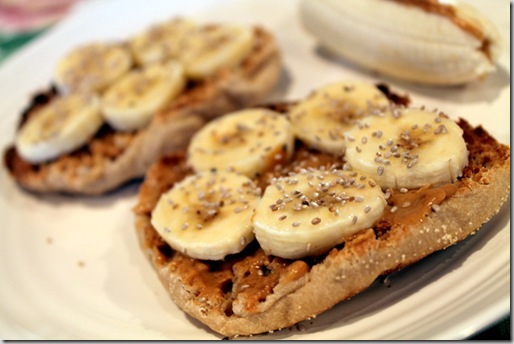 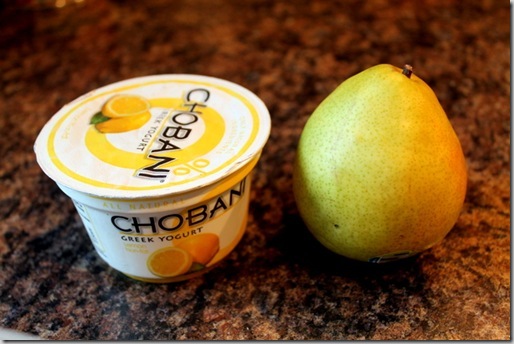 Now it’s time to head back to work, most likely along with the rest of the working world. Let’s make it a great one!

Are you a snacker? What time of day do you usually have snacks (mid-morning, mid-afternoon, evening)?

What are some of your favorite, healthy snack ideas?