Such a fun weekend…I’m so sad to see it over!

Saturday was a busy day with not much to show for it (aka, I didn’t take many pictures). I spent a few hours in the morning at breakfast with my college girlfriends, and we did a bunch of stuff around the house. Jay started building a bench to go with out kitchen table and I am SO excited for it (P.S. – plans for the table should be coming your way SOON!), and Lucas and I also had some fun putting together some food and care packages (more on that below!).

We went and visited my father in law in the afternoon, and then my parents came to visit us at our house for a little while. Lucky Lucas got lots of grandparent time on Saturday! 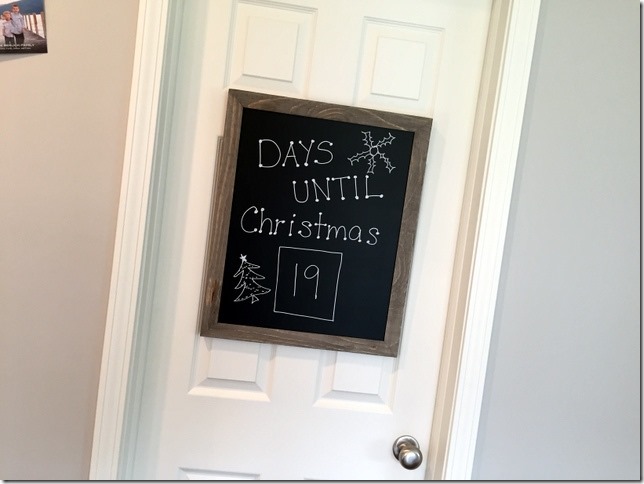 Sunday was great. I challenged myself to my first early morning workout since basically being pregnant, and it was fantastic! Granted, it wasn’t as early as if it were a weekday (around 6:25am), but it was good to know I could do it and still feel good. It’s given me confidence to try some more for the week ahead!

Once my workout was over (T25 gamma Rip’T Up), I realized Lucas was already awake on me, so I brought him with me for an early morning grocery run (aka, the BEST time ever to grocery shop!). Bonus points for the super cool car cart being available…Lucas was in his GLORY! 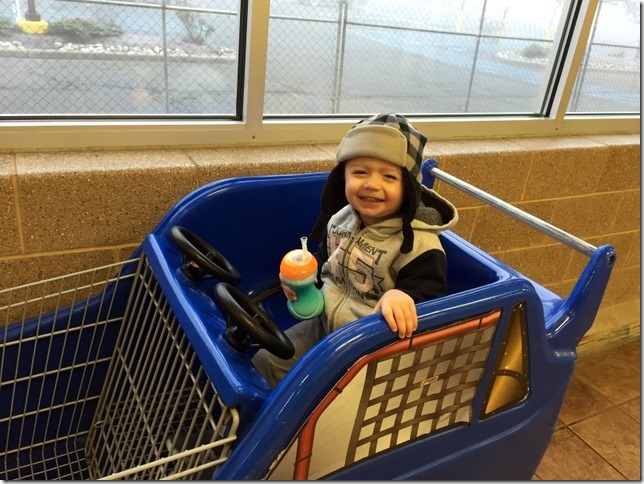 We got our shopping done quickly then headed home to get some food and snacks ready for our company coming over for the Jets/Giants game. 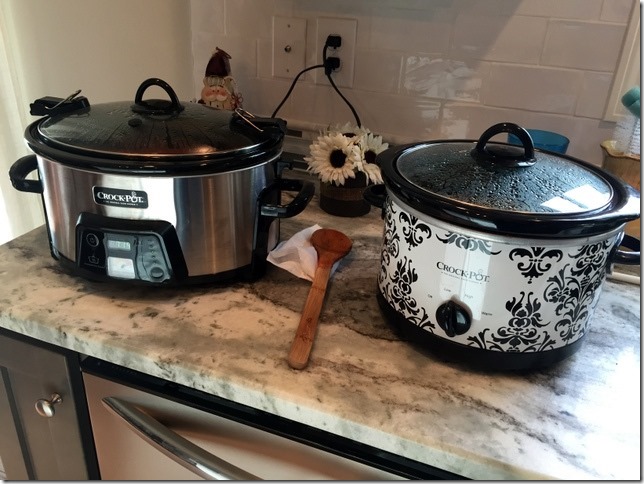 I got a batch of chili going in the crockpot (SO GOOD, recipe coming soon…and sorry for the excess CAPS I apparently feel the need to do quite a bit of today), along with another batch of Creamy Crockpot Steel Cut Oatmeal to have for breakfast during the week.

I put together a few snacks for the afternoon, like crackers and cheese. 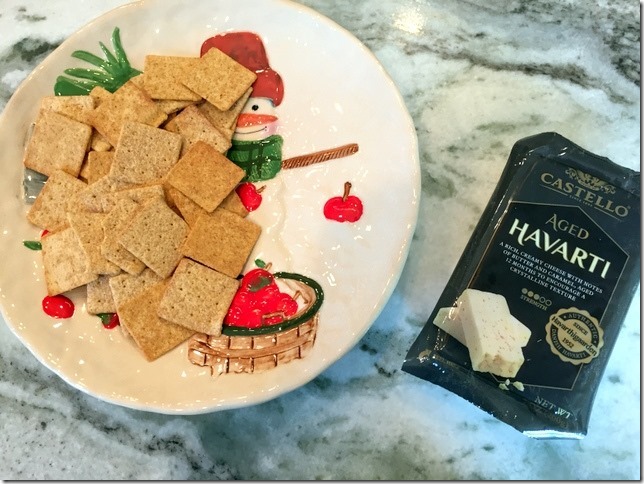 And we baked up a batch of beer bread to go along with the most amazing pan fried onion dip. 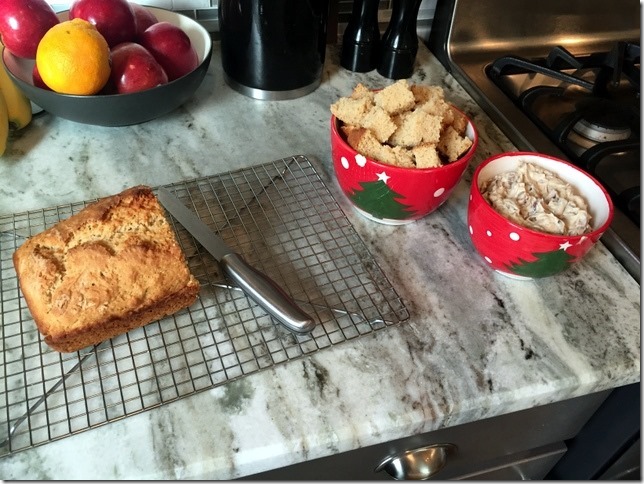 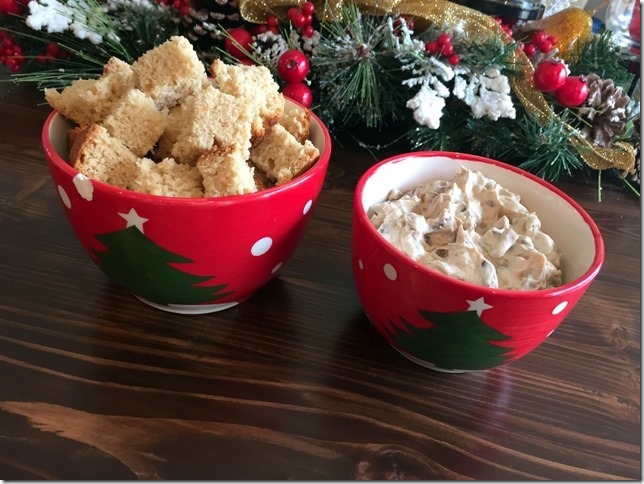 We’ve made this quite a few times and I should really share the recipe with you guys. It’s incredible. 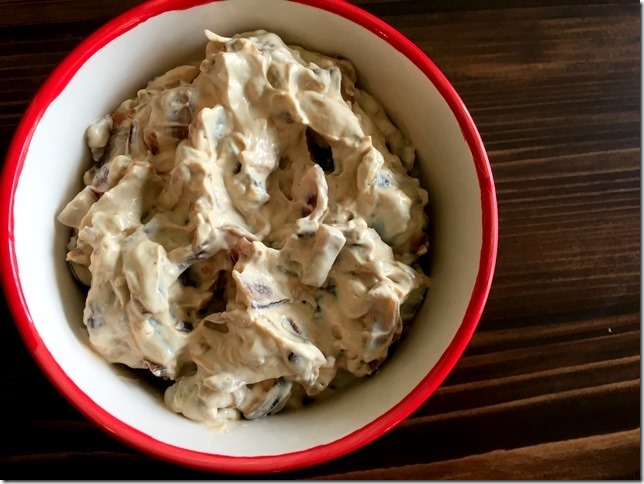 Soon after, Brian and Mal stopped by and it was time to watch some football! 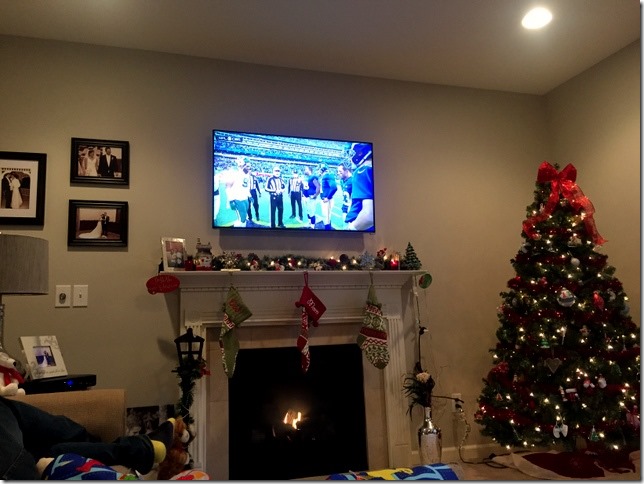 Brian and Mal are Giants fans and we’re (obviously) Jets fans, which made for a fun game. Even more so since the Jets won.

At about half time, we broke into the chili with some beer bread on the side. 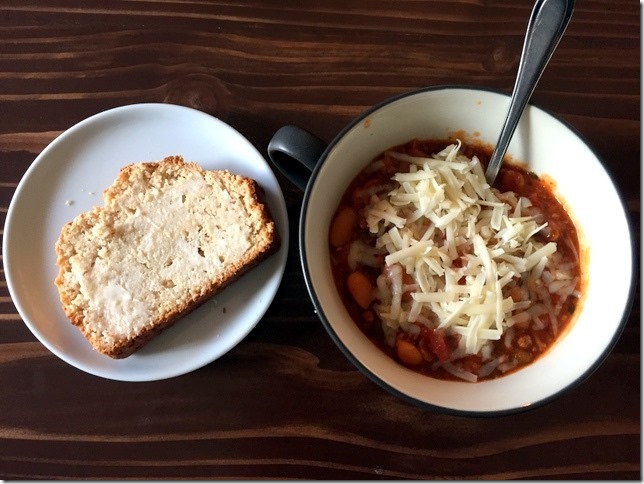 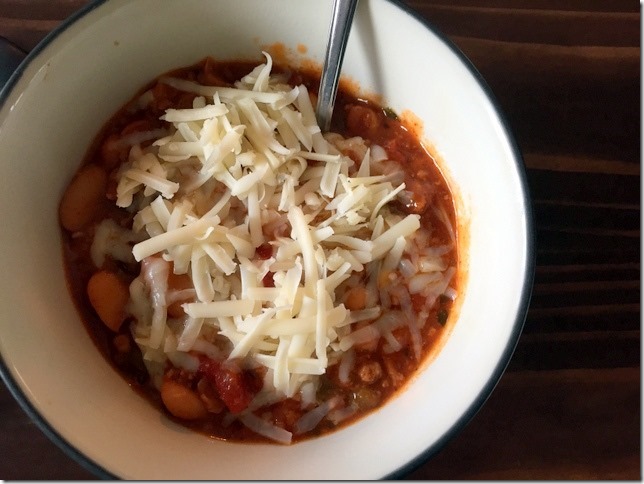 Mal brought over some delicious Caramel Apple Truffles (she always makes the most fabulous desserts). 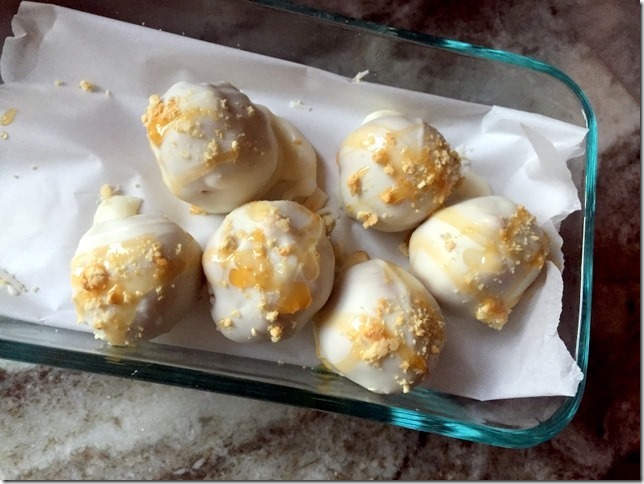 I think had three…maybe four? SO good. Here’s the pin she used from Pinterest in case you wanna check ‘em out! 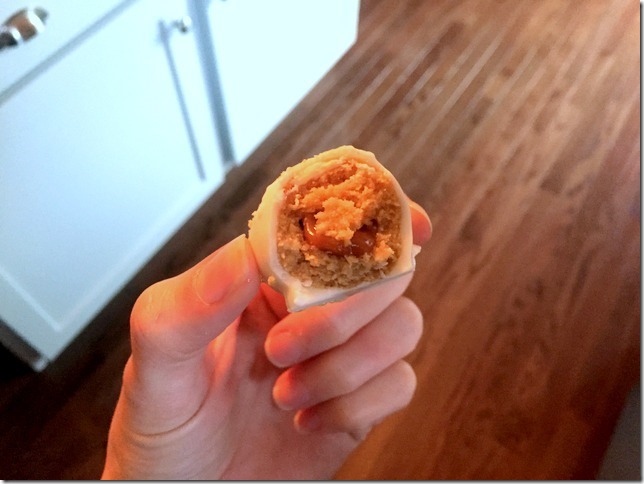 Such a fun afternoon with these guys…almost like ‘old times’ when we used to do this, like, every Sunday. 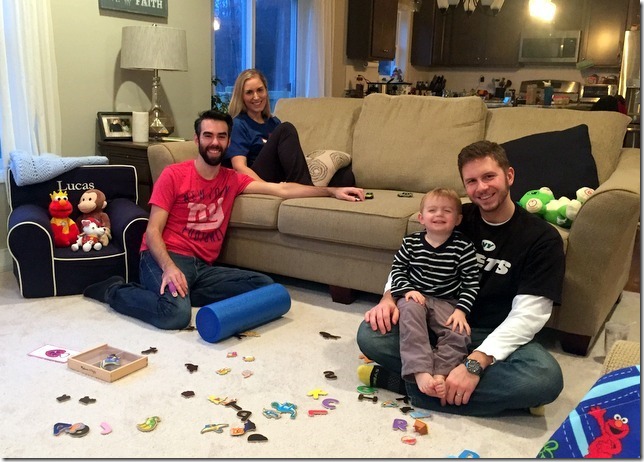 But, of course, those weekends always ended too, so now here we are back to the work week. Let’s hope it’s a quick and easy one for all of us, right??

How was your weekend? Any fun highlights or good food to share??