Well, this has certainly been quite a weekend. Not only have Jay and I managed to have a ton of fun, both Friday and Saturday, but we’ve also been pretty productive around the house, too.

This weekend, we were actually supposed to be away in Wildwood but we had a few changes in plans and didn’t wind up going. So we figured we should take advantage of our free time this weekend, since we don’t really have one now until October maybe? My goodness.

So one of our Jay’s projects this weekend? Pressure washing the pool area. 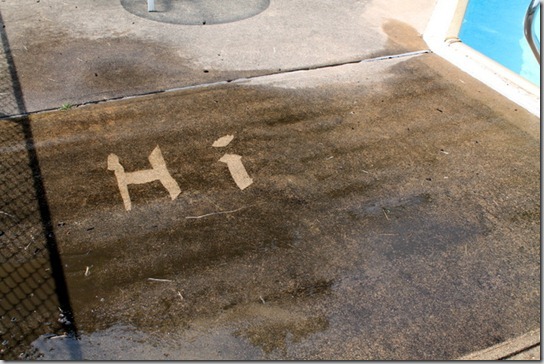 Believe it or not, Jay used the pressure washer to spell “Hi” in that photo above. 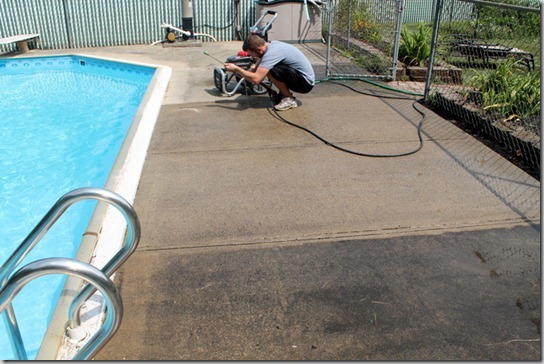 Just check out the difference…isn’t that crazy? It looks sooooo much better now! 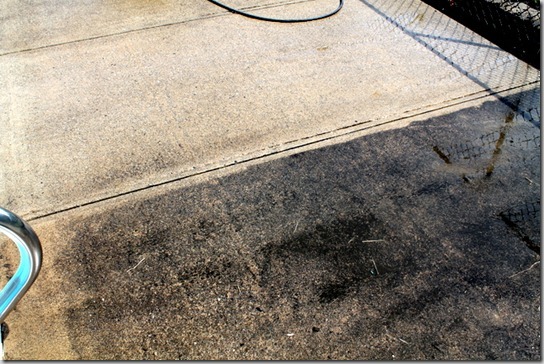 The pressure washing actually took place yesterday, but I managed to keep myself busy. I managed to squeeze in a great walk, did some cleaning, a little baking, and also did a little tending to the garden.

Unfortunately, we’ve got bad news on that front. Remember a couple weeks ago when I said we had a ton of green tomatoes just waiting to turn? Well, they’re slowly turning…but then something is eating them. 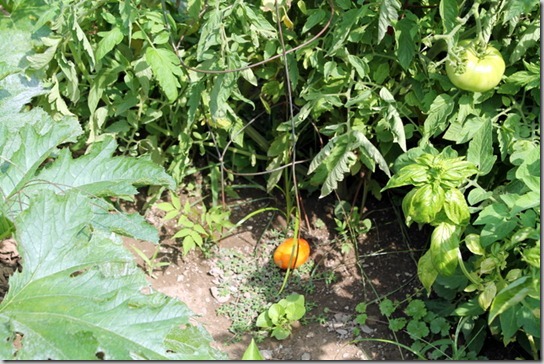 I found a ton of half eaten tomatoes on the ground of the garden, and three out of the four plants have clearly had the tops eaten off of them. Damn deer.

I’ve been tossing the rotten ones into our fire pit for whenever we have our next bonfire. 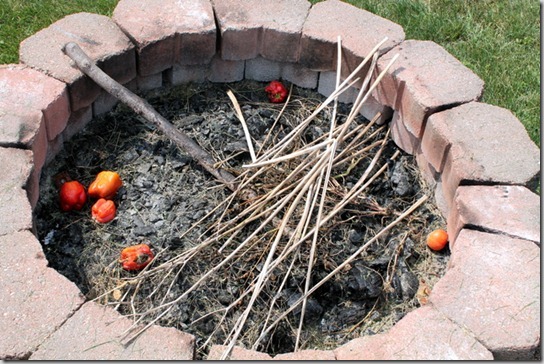 Thankfully, the whole garden isn’t at a loss, and I was still able to manage to find a few winners. 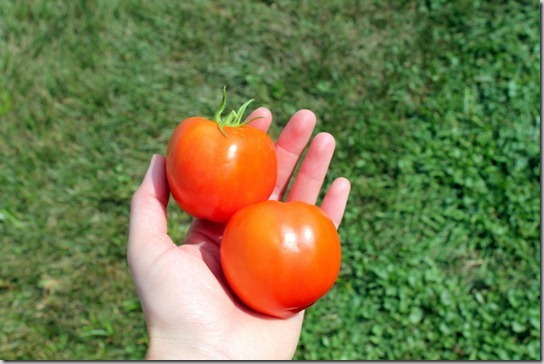 Oh, and we finally realized the pepper plants we have are red…the key is to pick them when they just start to turn and then let them fully ripen(?) on the counter inside. They are so sweet and so good. 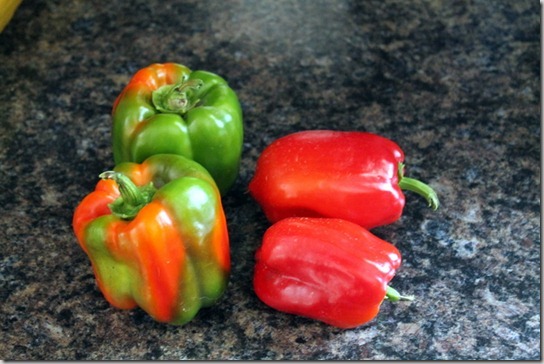 Another thing with the garden? My basil plant is OUT OF CONTROL. 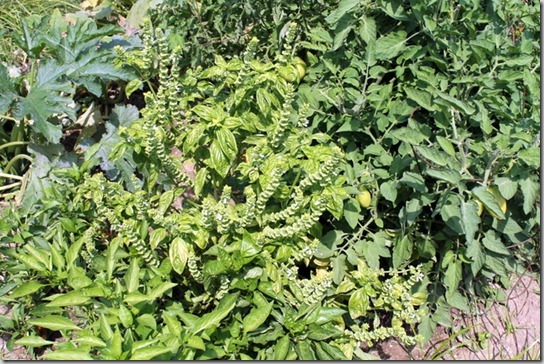 Seriously, I’ve never seen anything like it. There’s no way I’m going to be able to use it all up, so if anyone local wants some, I’ll gladly send you along with a big bunch!

Today’s projects were tackled both inside and outside. I wound up getting the urge to clean our basement. Sadly, I can’t even remember the last time I really bothered to clean it…it was BAD. 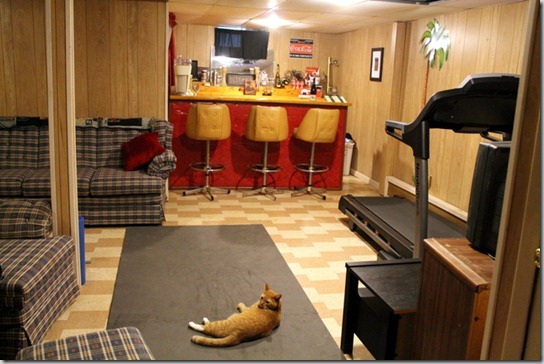 Now things are lookin’ (and smelling) nice and clean, and the bar is ready to be used. Who wants to come and join us for a drink? 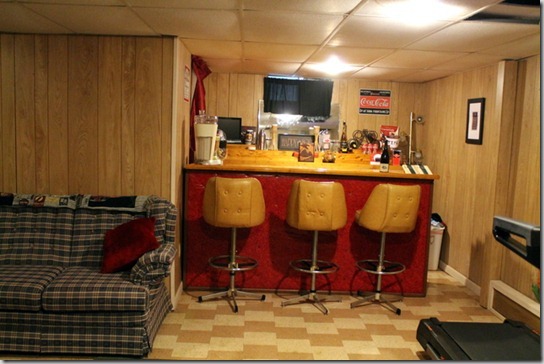 While I worked outside, Jay continued working on our back deck demo. 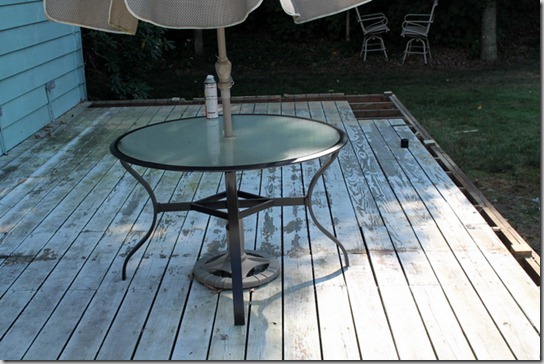 We’ve still got a ways to go, but we still have about three more weeks until our new siding comes, so we have some time. 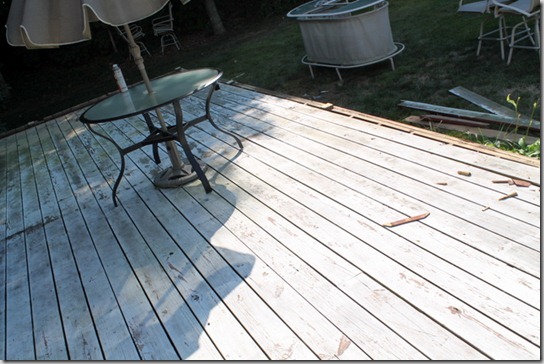 Eventually, it was time to get to work on some dinner.

Oh, that’s right…this is supposed to be somewhat of a food blog.

Earlier today I took care of the grocery shopping and wound up picking up a couple of london broil’s (buy 1 get 1 free at Price Chopper!). One went into the freezer and one got a little marinade treatment, courtesy of hubby. I’d been looking forward to some steak ALL day…I don’t know what my deal was, but I couldn’t stop thinking about it!

Maybe it’s because I knew I wanted to do this with it? 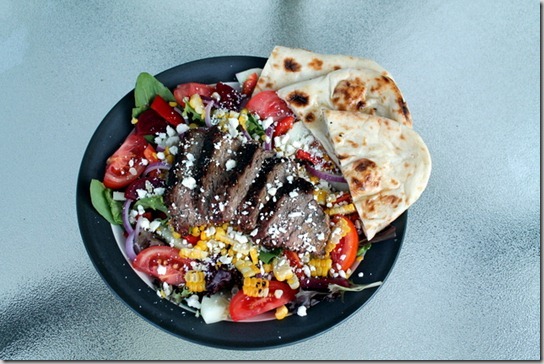 I opted to serve my steak on top of a huge, veggie-filled salad, complete with romaine, spinach, cucumbers, tomatoes, grilled corn on the cob (cooked on the grill while the steak cooked), red peppers, beets, red onion, and feta cheese.

You guys. This salad…it was sooooo good. 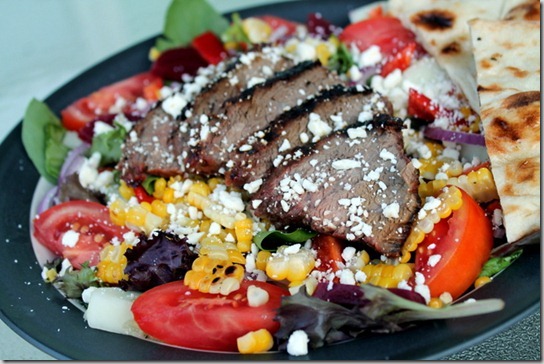 Exactly what I was in the mood for.

On the side, I served up the last of our naan bread; a perfect accompaniment. 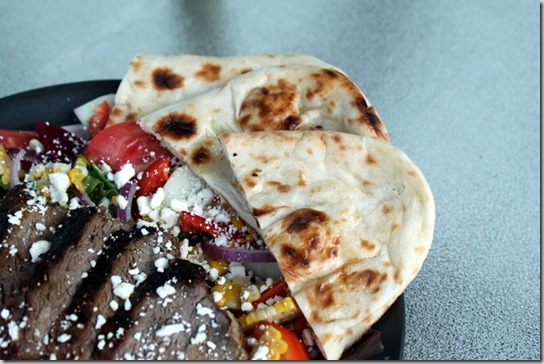 Now Jay and I ready to relax and lay low for the rest of the evening…it’s been a busy day, and busy (but awesome) weekend.

Hope everyone else had just as awesome of a weekend themselves!