Oh, I’ve got lots of food to share with you all today!

My hunger has pretty much been through the roof these days. I’m lucky to get a meal to keep me satisfied for more than 2-3 hours before needing something else. Yesterday was definitely one of those days where I was eating allll day long…so this WIAW should give you a good idea of what a typical day has been looking like me these days. Let’s take a look, shall we?

Oh man, this was a good one. 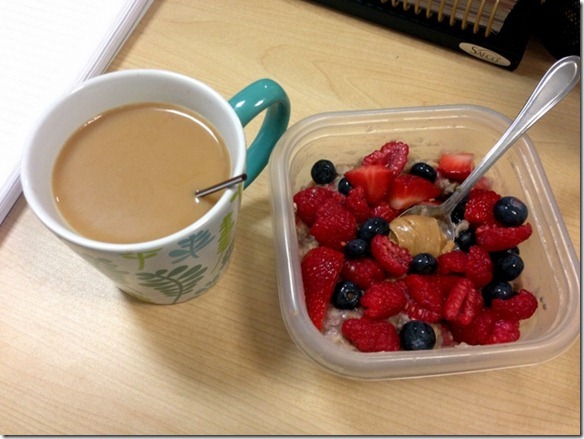 I made a quick batch of oats before leaving the house and then cooked them up at work. The best part though, which I’m sure you can imagine, was the insane amount of fresh strawberries, raspberries, and blueberries (oh, and the peanut butter, of course). 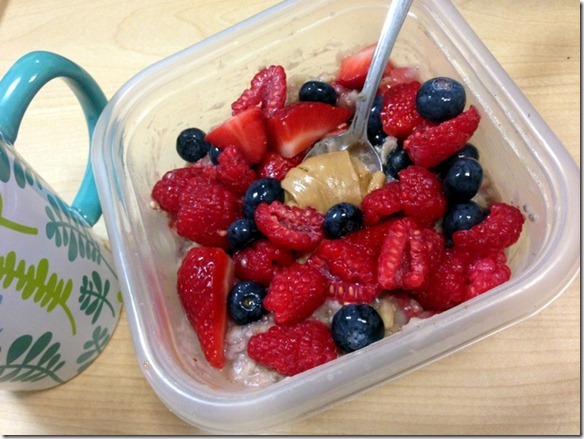 That was one tasty, fruit-filled batch of oats!

I had a coupon for a free Luna fiber bar at Price Chopper, so I redeemed it the other day and decided to pack it in today’s snacks. It was okay, but nothing special. 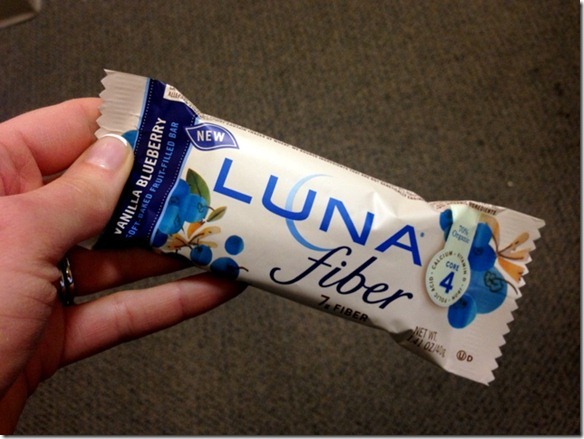 Actually, I was surprised to see that it’s more like a NutriGrain bar than anything else. It was pretty sweet, and the flavor was okay, but it’s probably not something I’d get again. 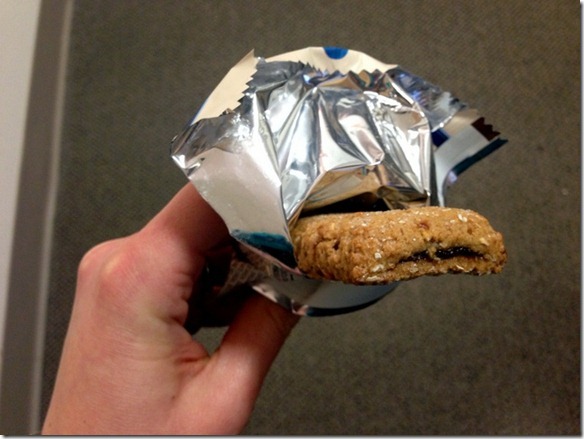 There was a meeting in the office today, which had some food catered in from Panera. Once the meeting was over and I was helping clean up a bit, I wound up grabbing some leftovers for myself…including a little cup of mixed fruit, 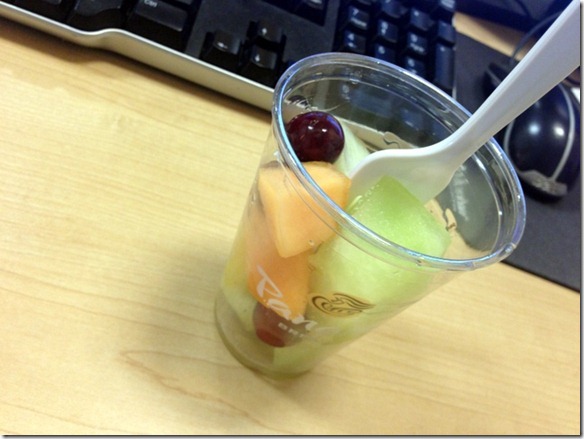 and half of the top of a cinnamon sugar bagel. Those bagels are SO freakin’ good, I can’t even stand it. Luckily, the three small bites were enough to satisfy my craving. 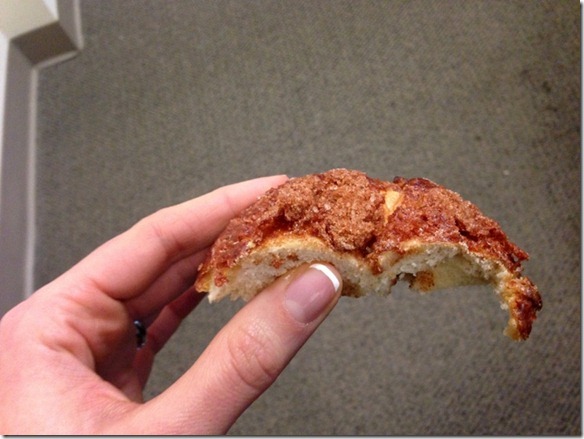 You know how I talked about all of the stuff I have in my freezer the other day? Well, here’s just one more to add to the list of things that were in the freezer and are now gone…Pumpkin Black Bean Soup! 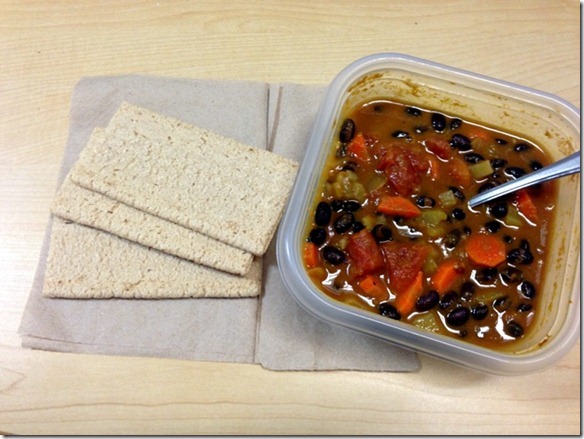 I had this for lunch on Monday too, and it was miiighty tasty. I crumbled one of the Wasa crackers right into the soup which made it super thick (because those light ‘n’ crisp wasa’s basically melt in your mouth).

I almost forgot to take a picture this time, and I guess I sort of did, since you’re missing half of the snack here. I had put a bunch of celery sticks in a baggy, knowing I’d be able to pair them with my peanut butter…which I totally did. 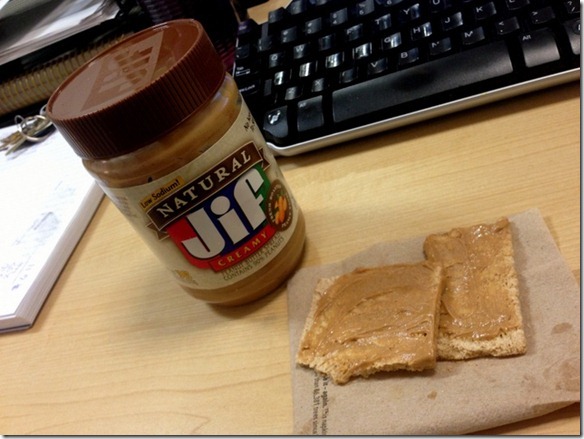 But then I couldn’t get enough PB, so I wound up having another Wasa cracker with some more of the good stuff. I’m telling you…can’t. get. enough.

We actually had my in-laws over for dinner last night, so I had prepped ahead with a simple and delicious slow cooker meal. <—doesn’t get much easier when entertaining! 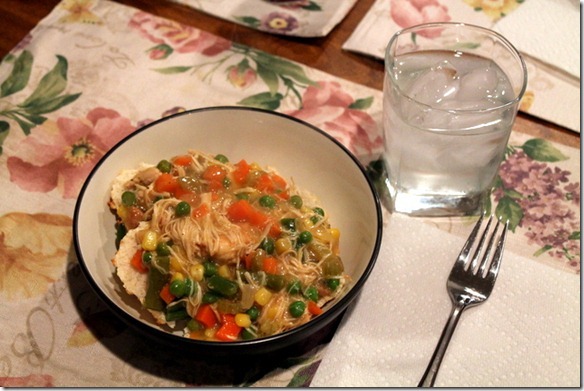 Jay ended up finding this recipe for Crockpot Chicken Pot Pie and wanted to give it a try, so we went for it. I wound up using chicken breasts instead of thighs, added a small chopped onion, and some dried thyme, but everything else stayed the same.

It was definitely a winner and I’m totally looking forward to leftovers at lunch today. 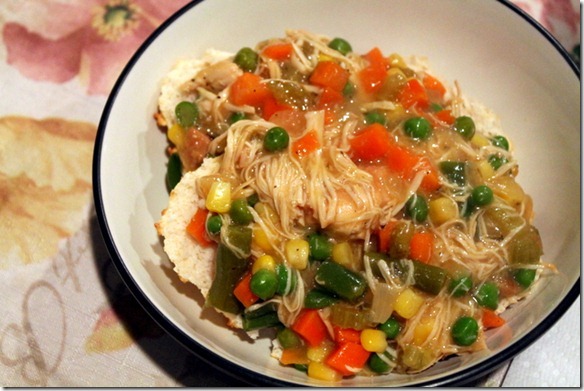 My in-laws offered to bring dessert over…and did they ever! My father in-law knows me so well, and brought over my own special pint of my favorite ice cream. 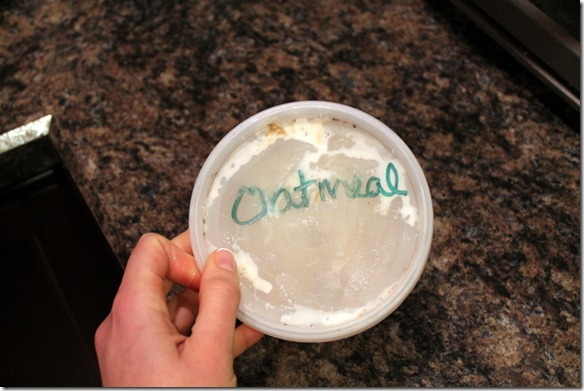 And then to go along with it, we had homemade brownies, which were super fudgy and incredibly delicious. 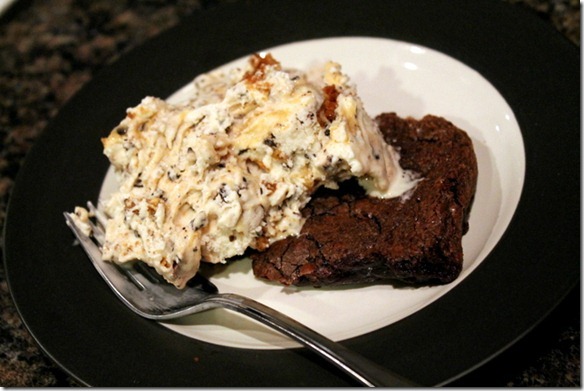 Definitely a delicious and fitting way to end the Fat Tuesday holiday, eh?

Which, by the way, I had NO idea was already upon us so quickly…I mean, seriously? It’s pretty early this year, isn’t it? I don’t typically celebrate it or anything, but I was just surprised that it meant that lent was already making its arrival. Where does the time go!?