For a few months, things were looking a little iffy on whether or not we’d still be able to go on our annual family vacation to Wildwood. We said all along that, as long as nothing started spiking in New Jersey and that the owners were still able to rent out their place, we’d plan on making the trip. And I am SO thrilled that we made it! 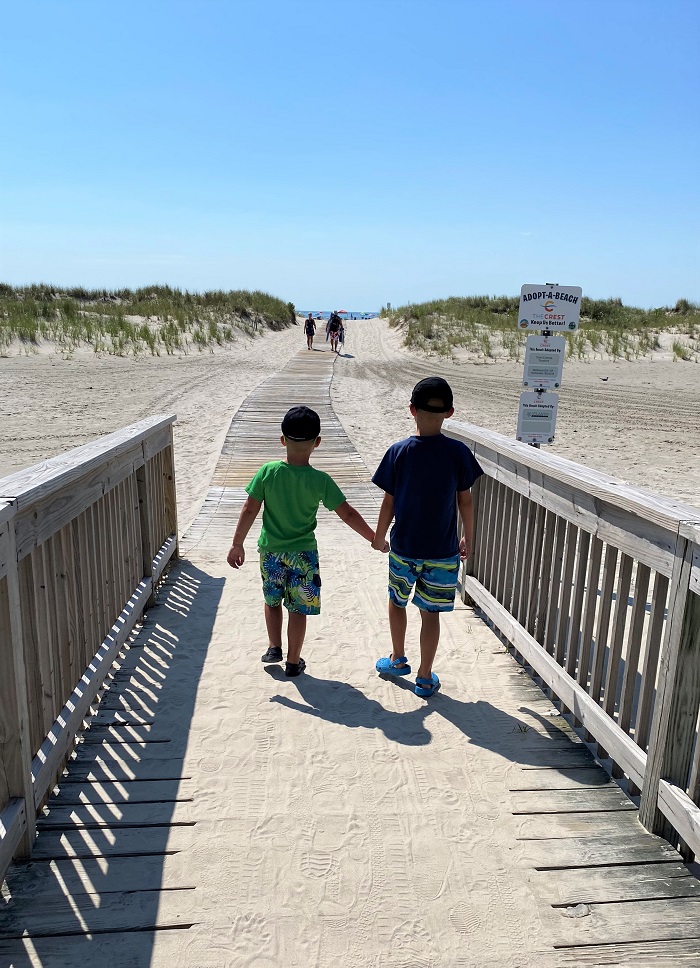 This year’s trip did look a little different from years past; although it was open, we avoided the boardwalk and the piers with rides, and we kept additional outings to a minimum. But honestly, I really didn’t even miss any of that because we still managed to have a great time.

Most of our days started off with lounging and/or breakfast out on the balcony. Lucas was very much into helping my dad cook breakfast during the week, and they even “opened up B&L’s Cafe” (Bob & Lucas). Pancakes were, by far, their favorite specialty. 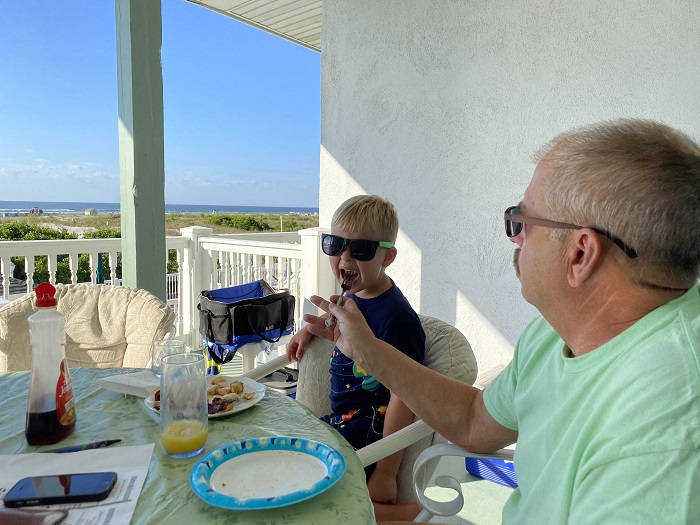 We’d make our way down to the beach everyday around 10am or so, and that’s when the day of fun in the sun and sand would begin. 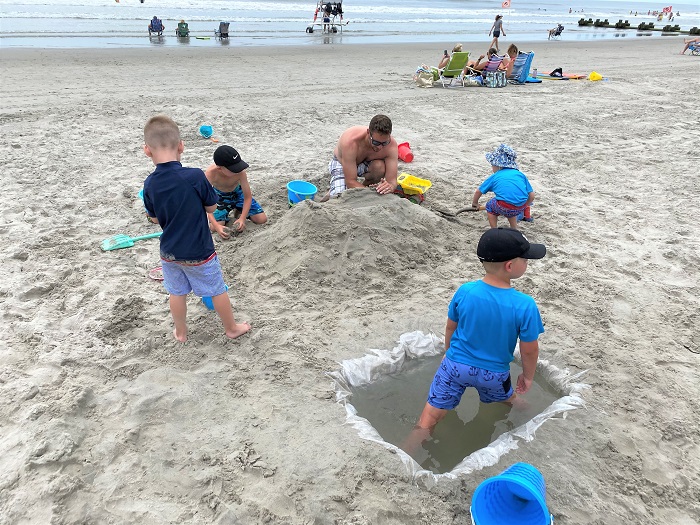 An added bonus for this year’s trip was the fact that our neighbors, John & Tal, and their two kids, also went down with some of their family on the same week, in the same condos. 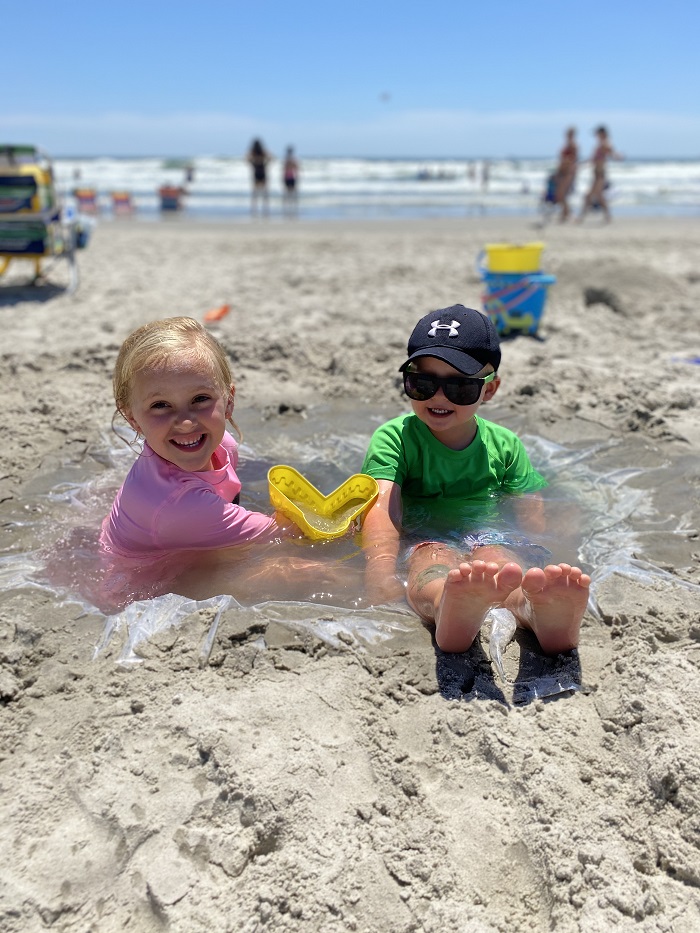 So our boys had other kids to play with on the beach for the first time, which made SUCH a world of difference for us on the parent front. They were actually able to keep themselves entertained so we could enjoy our time, too! 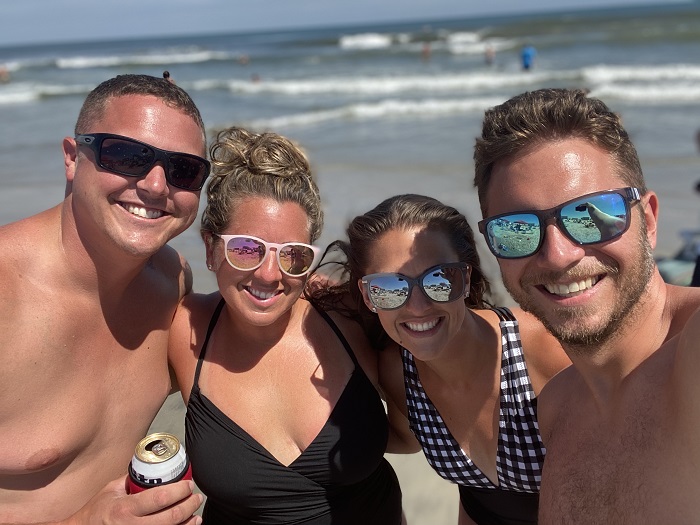 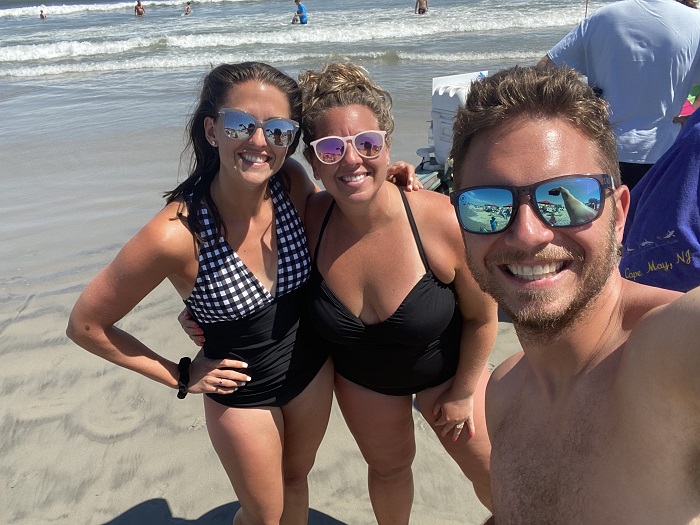 We’d pack up lunches for the whole crew most days, so when the kids were finally ready to take a break from playing, we’d sit under the tent and relax for a bit. 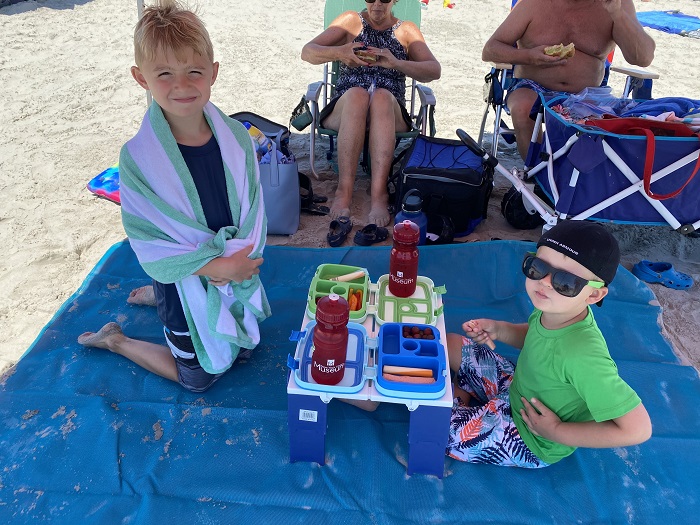 I’m telling you, those Bentgo Boxes are seriously the BEST. We get so much use out of them, year-round!

After spending a good chunk of the day at the beach, we’d head back to the pool at the condos and swim for a bit before heading back to the room to get showered up and have some dinner. And, occasionally, we’d scoot out for a little after-dinner ice cream down the road. 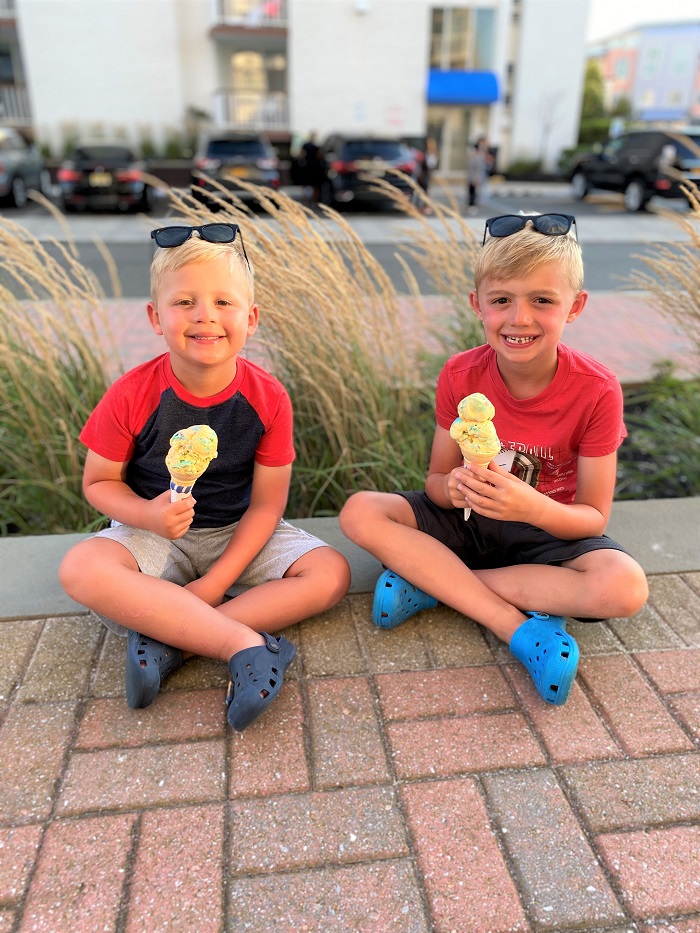 Jay and I did get out for one “kid-free” dinner with John & Tal at MudHen, which is one of my newly favorite Wildwood spots. We hit them up last year, and you can see from that post just how insanely good the food is! The restaurant had a really excellent setup going, with masks required upon entry/while walking to your table, and both the food and service continued to be amazing, despite many of the additional requirements needed these days. 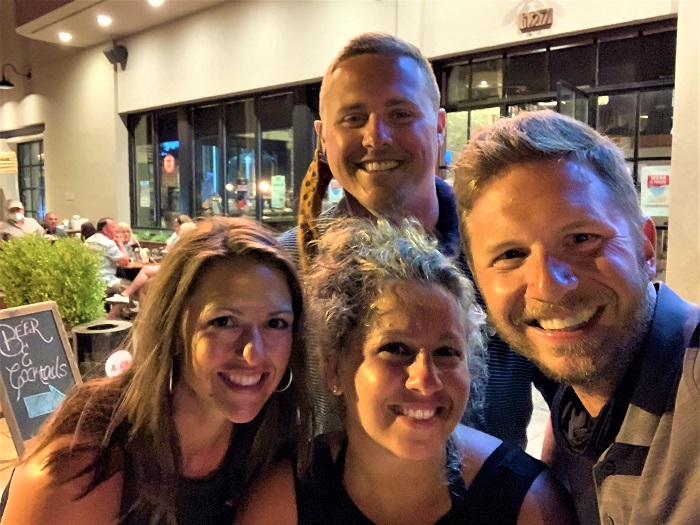 We had a special treat later on in the week, when two other families from the neighborhood came down to join us for a beach day! They were staying up in Ocean City, NJ for the same week, and we figured that if we could make it work, we should all get together to let the kids play. 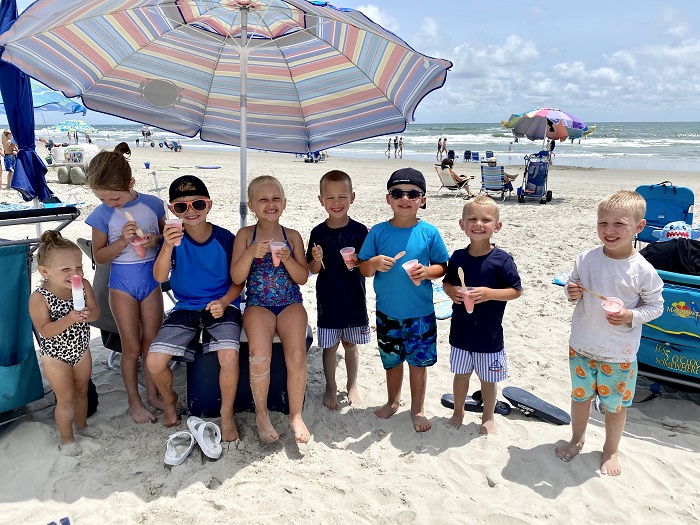 Both the kids AND adults had such a great time, and I swear, that day flew by faster than any of ’em. 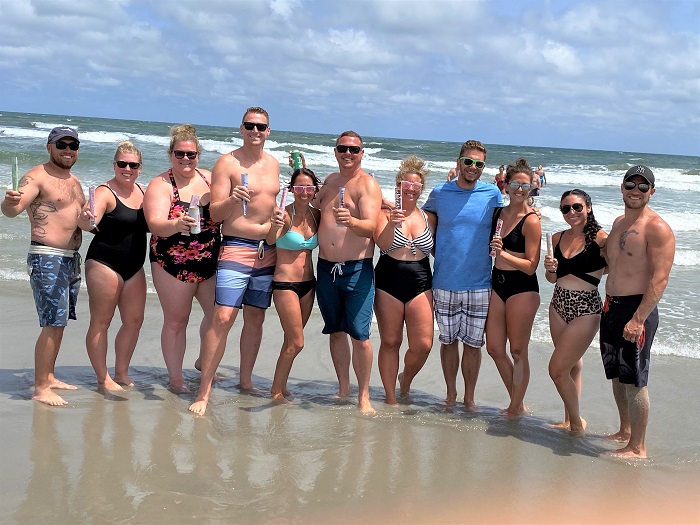 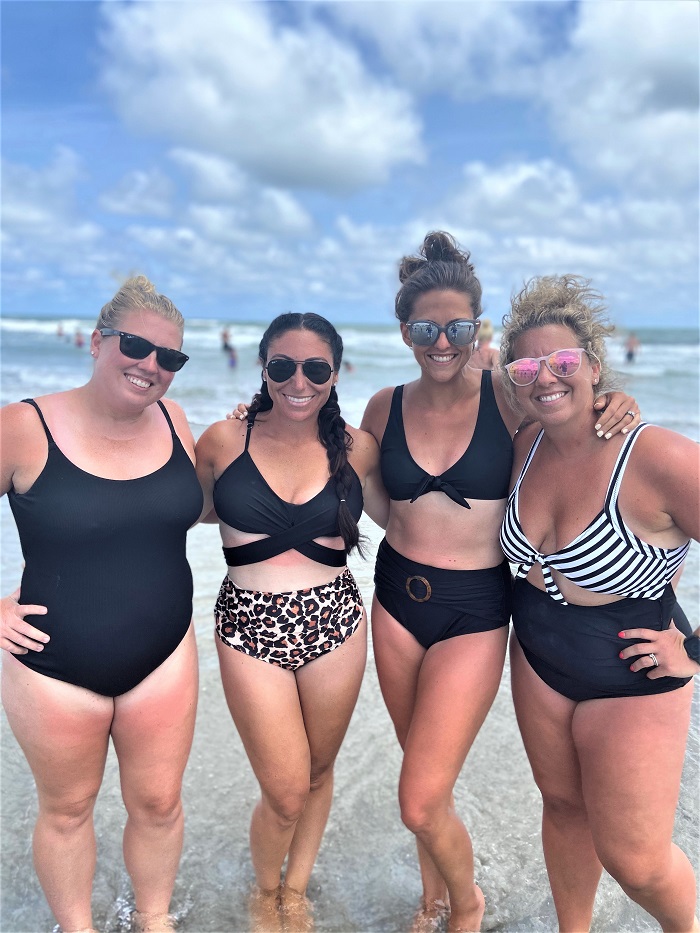 By the end of the week, I could tell that the boys were getting a little “beached out,” so I figured it wouldn’t hurt to switch things up a bit and we drove into nearby Cape May to check out their downtown/shops. In all of the years I’ve been coming to Wildwood, I don’t think I’ve ever visited Cape May. And man, I had really been missing out, because it is such a cute area! 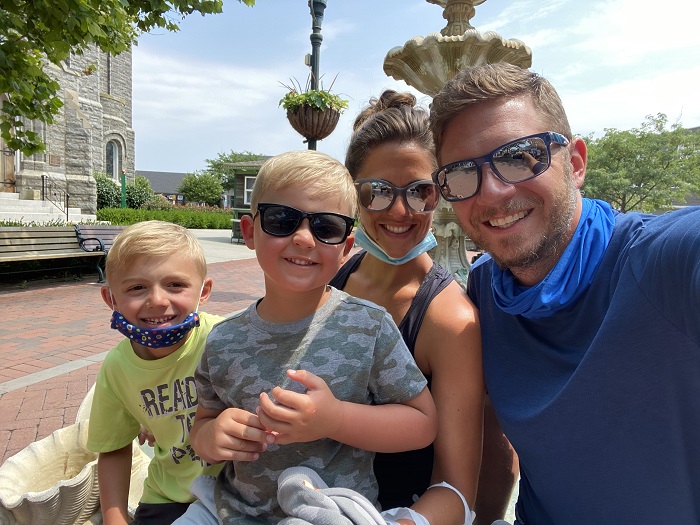 We picked up some fudge from The Original Fudge Kitchen, and I’m not even kidding when I tell you that this is THE BEST fudge I’ve ever tasted. We’ve always gotten our fudge from Douglas Fudge on the boardwalk, but this stuff takes the cake. WOW. 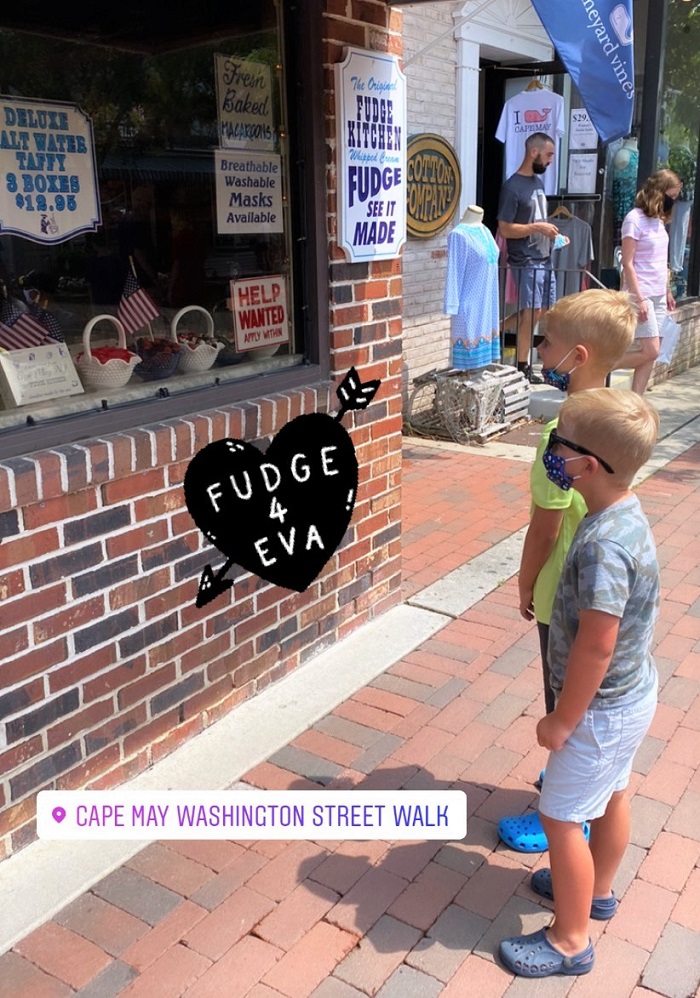 I had also really been craving some Kohr Bros, and knowing that this was likely our last opportunity to grab some, we stopped in for a little pre-lunch treat. Hey, when on vacation, right? 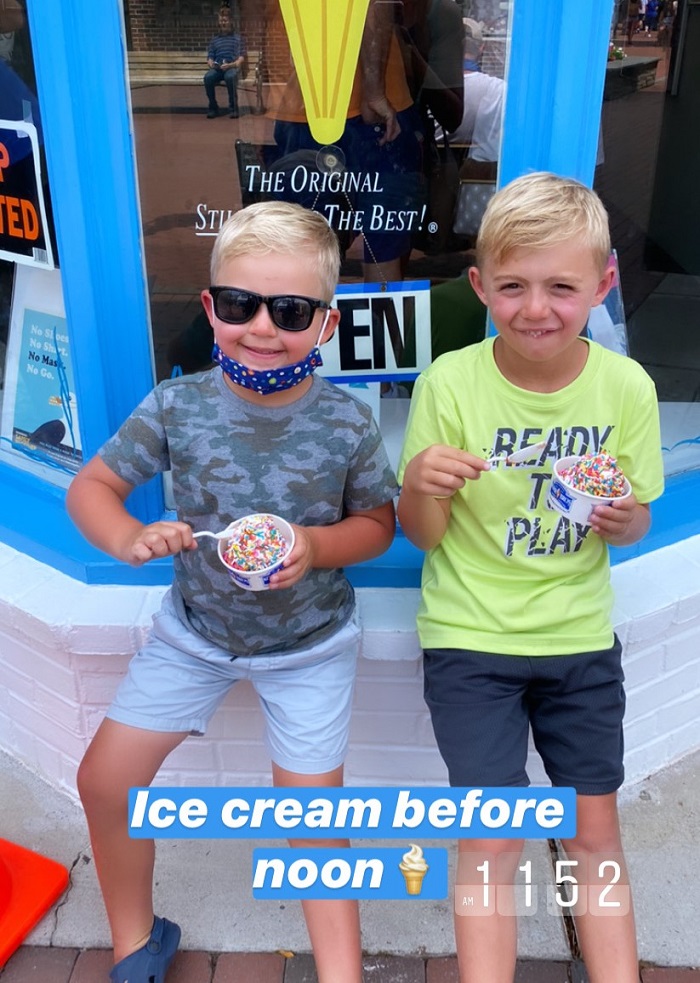 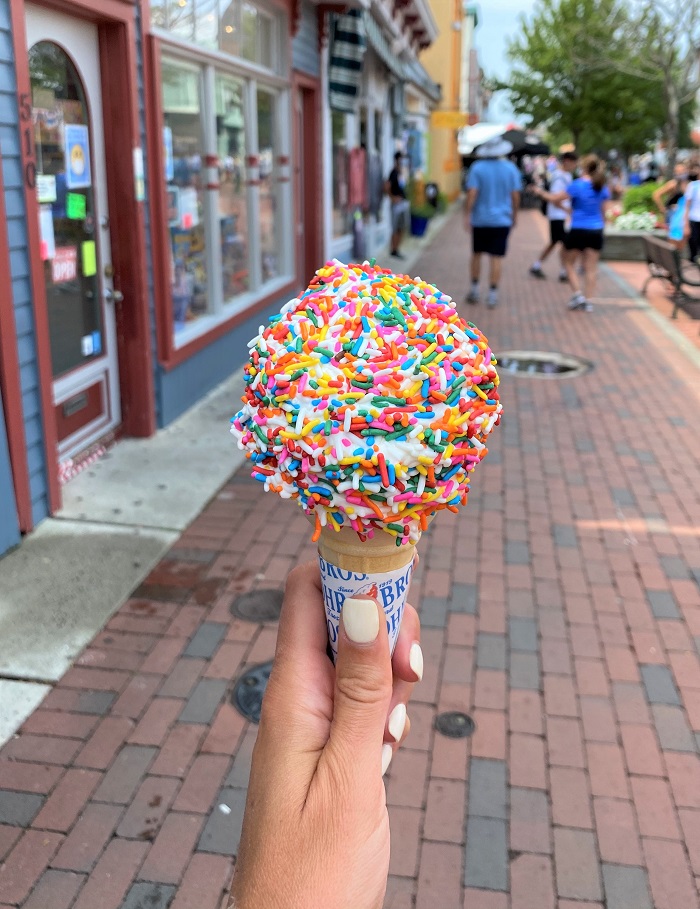 We made our way through a few of the different gift shops and snagged some cute shirts for all of us, along with these super cute trucker hats for the boys. I’m obsessed with them. And by them, I mean both the hats AND the kids. 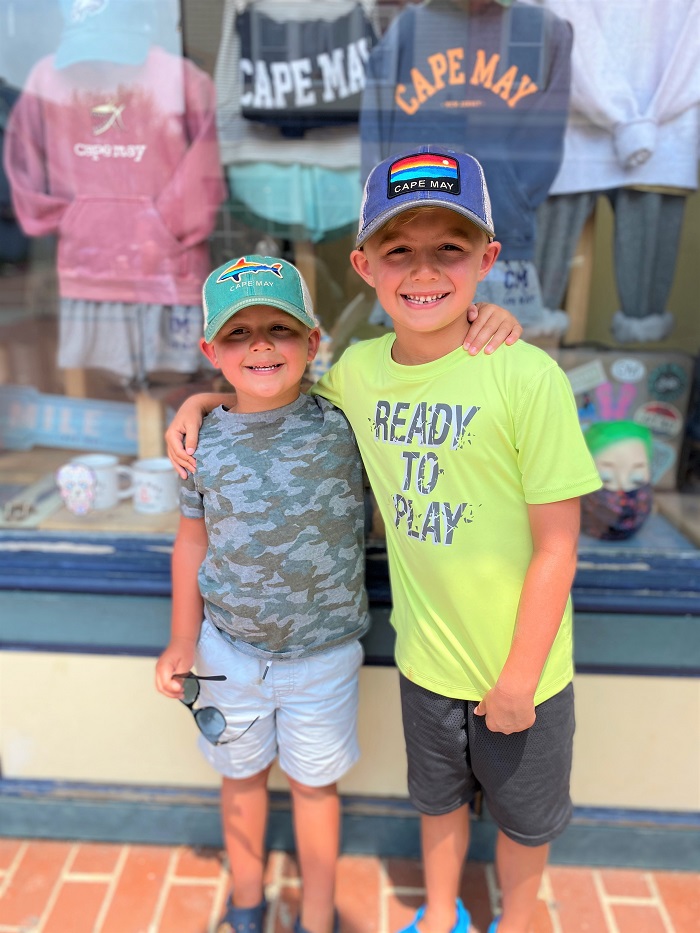 I had many people reach out asking “how things were” while walking around Cape May, and I would say that it was great. I honestly wasn’t concerned about going anyway, but everyone I saw was wearing a mask while inside any of the stores/shops. The majority of people were wearing them outdoors, and some would remove them if they were spaced far enough apart (hence, why we have them in some pictures and not others).

Jay and I said we’d definitely like to go back again without the kids so we could check out more of the shops next time. Those little hands just like to get into anything and everything…

The only other outing we did during the week was for a family dinner at Two Mile Landing. Again, another spot that I cannot believe I’ve never gone to in all of my years of visiting Wildwood. What a great spot! They had tons of outdoor seating, and we were lucky enough to snag a large table under a tent, making it much cooler and less windy.

Also, if you happen to find yourself there, grab a Watermelon Crush. It. Was. Awesome. 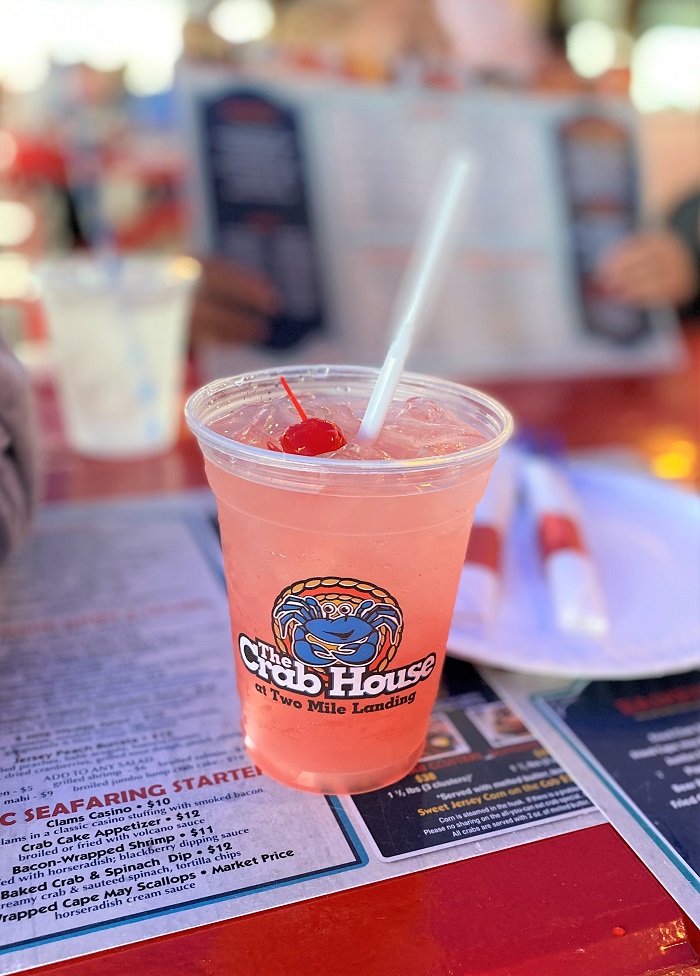 The boys loved being out, and it later dawned on me that this was really the first time they’ve actually been out anywhere like a restaurant or public place since, well, March. 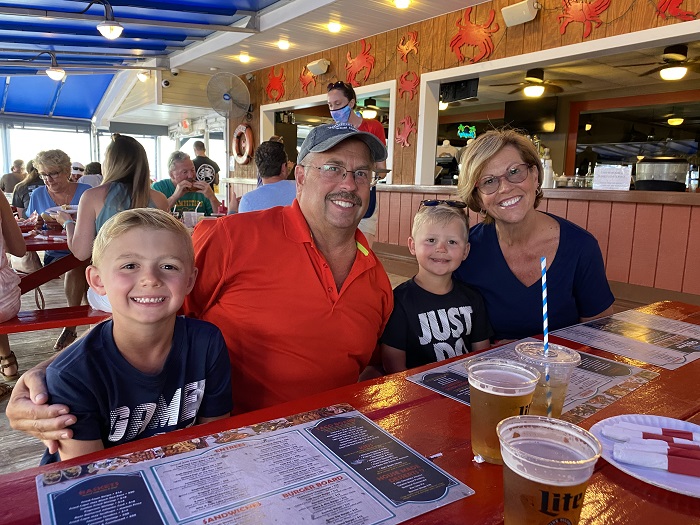 Our whole meal was excellent, and the time spent with family both at dinner and at the beach for the week was just incredible. I don’t think I realized just how much I needed this little break and escape from our everyday (at home) routine, but man. It did wonders for my soul. 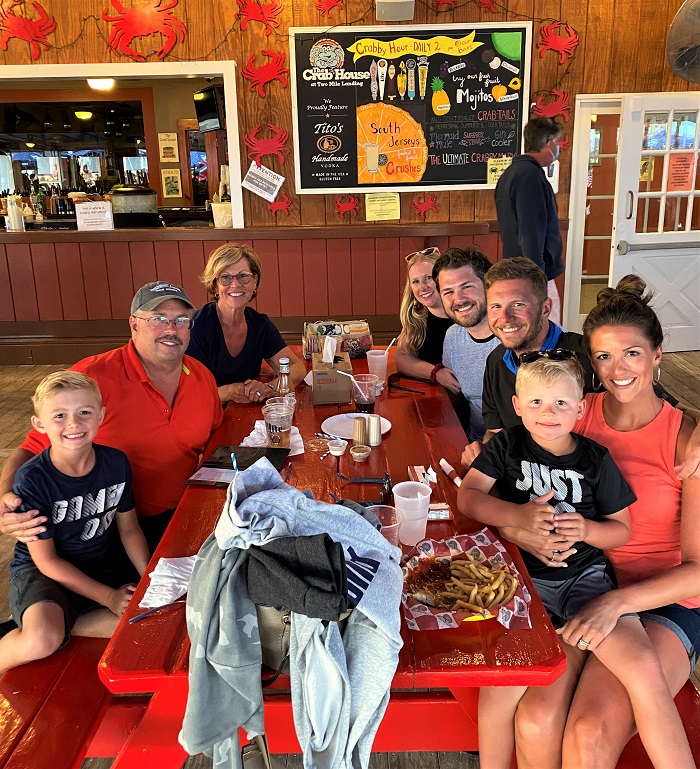 So, until we meet again, Wildwood! 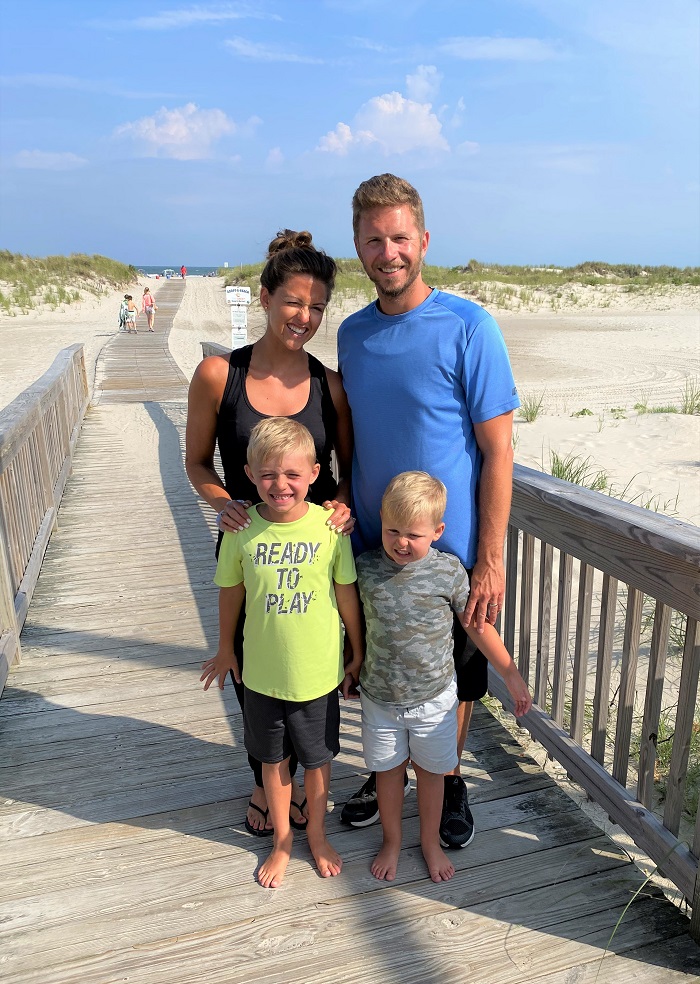 And, note to self…don’t attempt to get a family picture outside without sunglasses for the whole family. Ha! <3