This weekend was the 3rd Annual Yard Olympics! Unfortunately, some rainy weather put a bit of a damper on the whole “yard” aspect of things. Luckily, we have some quick thinkers in the group and we were able to move the Olympics indoors. 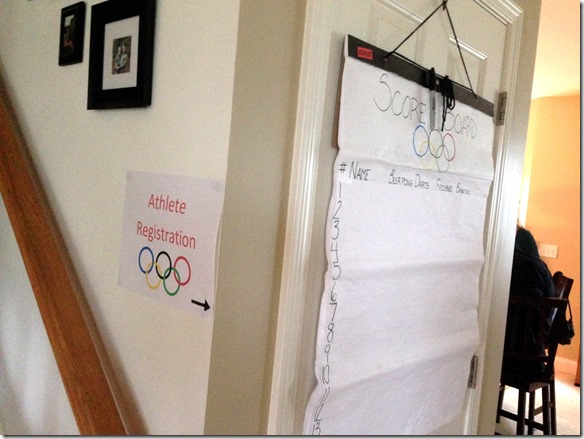 There was frisbee, basketball, 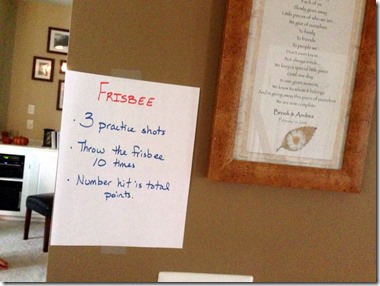 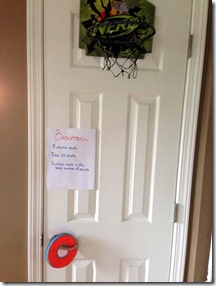 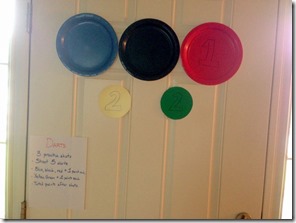 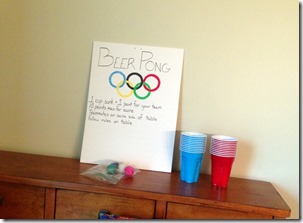 And this year, everyone was able to complete the games at their own pace, rather than play with a partner like we have in the past, since there are now a gazillion kids and babies running around.

The theme continued throughout the party… 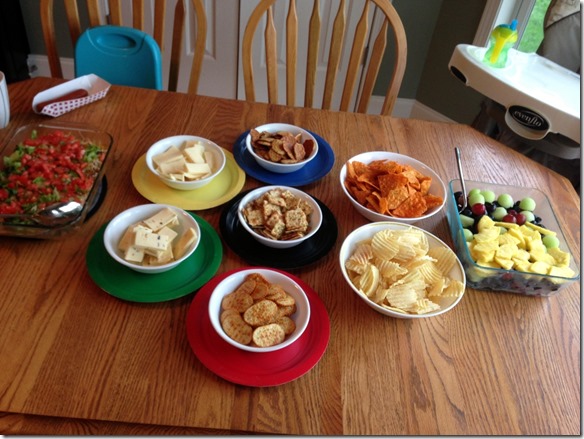 And we now even have an official trophy to set on top of our podium! 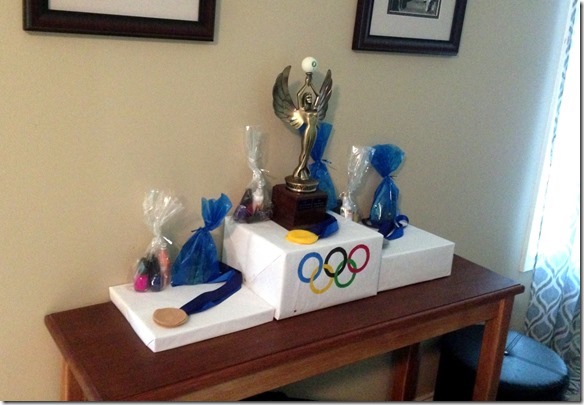 And, hey, would ya look at that… 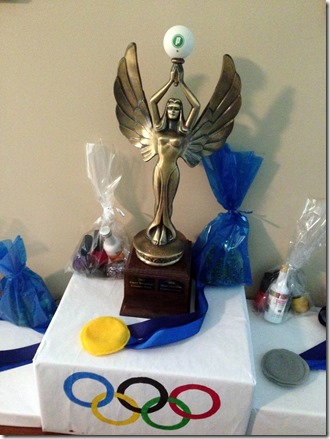 Not to brag or anything. Mwahaha. 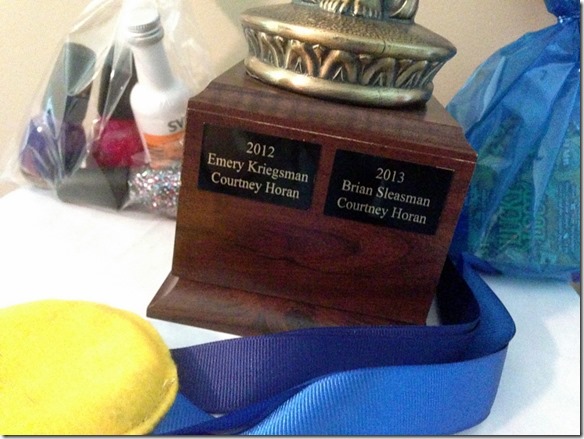 The cool thing we were all talking about is that there are 16 slots available on that trophy. So in the years to come, I’m sure we’ll have some of the kiddos’ names on there, too. Crazy to think about!

But in the meantime, Lucas is still uninterested in the games and is cool with just hanging out with the toys and the boys instead. 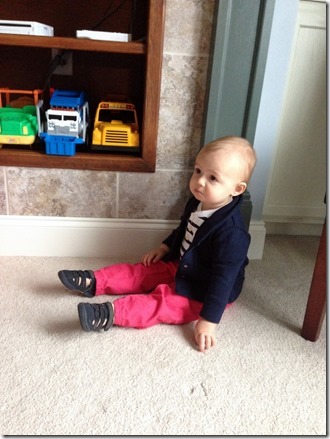 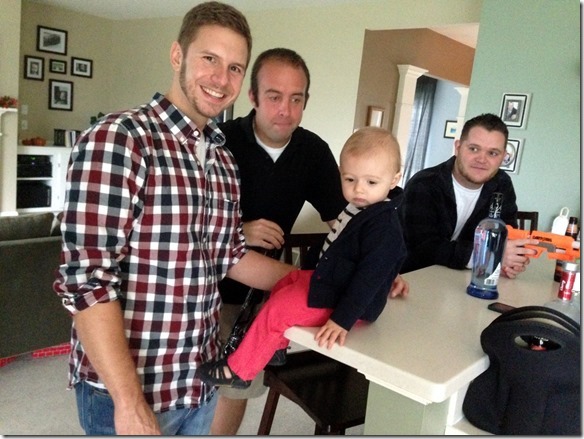 And his mama, too, of course. 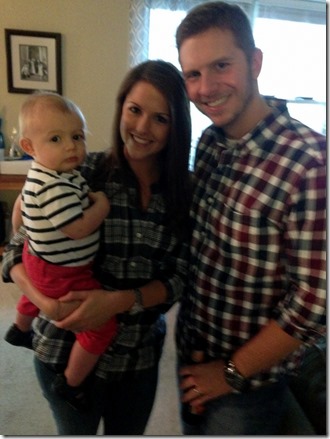 Towards the end of the evening, we were greeted with one of Andrea’s amazing ice cream cakes. 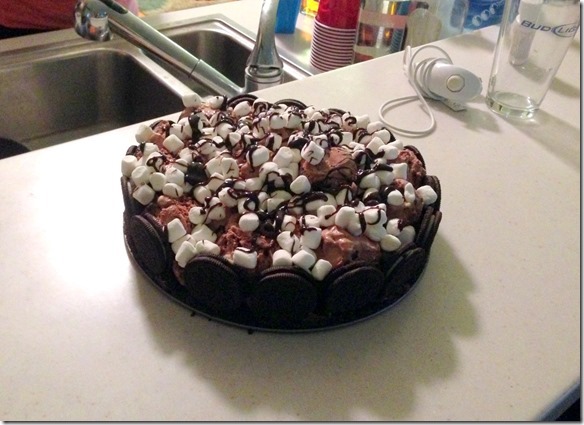 And then we had a quick awards ceremony before the child was about to have an “I need to go to bed NOW” meltdown.

Dun da da dahhhhhh! And the winners are… 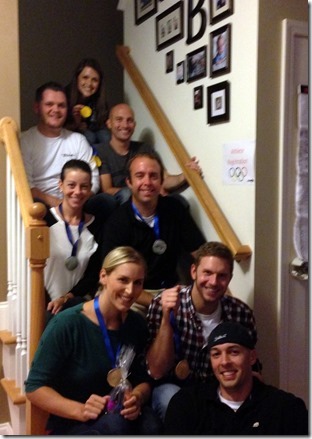 For the third year in a row, I took home the gold, baby! 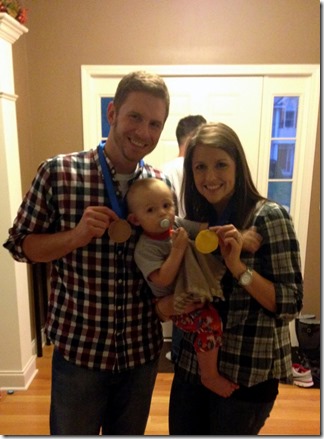 I just love my friends. Seriously, they’re the best. 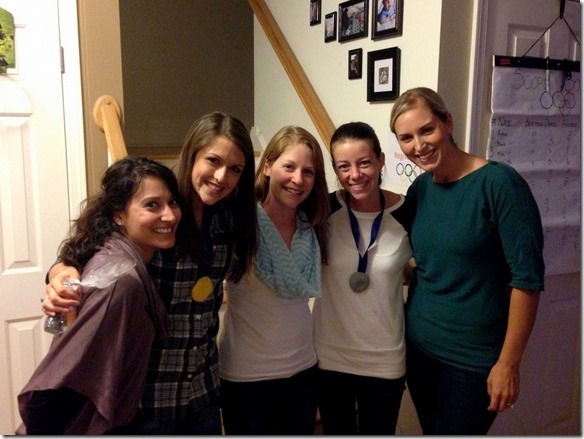 What did YOU guys do this weekend? Anything fun and exciting??