Well, I went and got my camera back from my parents’ house this morning, so even though it’s old news, here’s a few pics from the day. 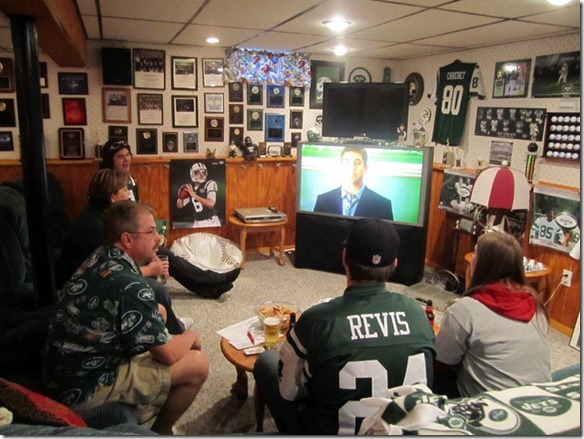 Plenty of Jets fan gear all around, as if you didn’t already notice. 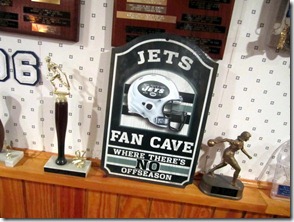 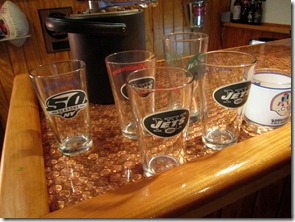 My mom put out a great spread of food…I contributed the beer bread you see up there in the corner, but she plenty of cheese and crackers, her taco dip, and cookie dough dip to snack on. 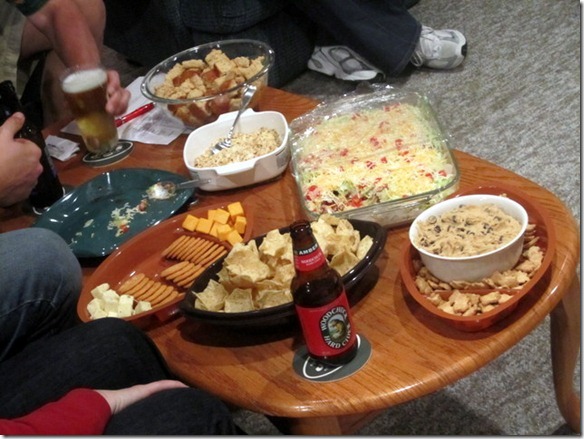 Okayyy, slight exaggeration. But I had a lot. I promise.

Halfway through the game, I put together a small plate of some of the other hot appetizers – mom’s special meatballs and a couple slices of garbage bread. 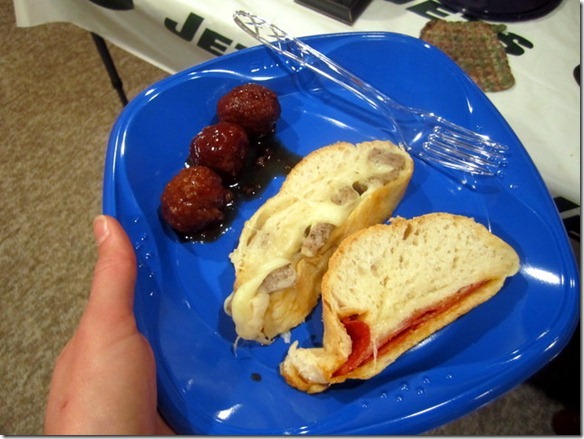 Also on the menu yesterday were some “Green Goblins.” 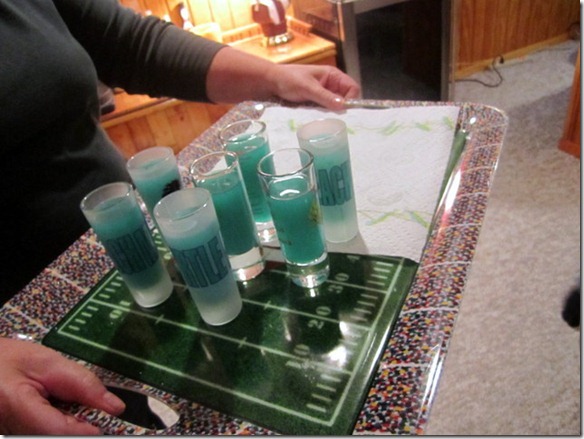 My parents got this shooter recipe when they were in Jamaica earlier this year and it’s pretty good. Not sure exactly what’s in it, but I think I heard pineapple juice, orange juice, blue curacao, and vodka? But who cares…it tastes good.

I had to take care of the grocery shopping late this morning too, and out of nowhere while walking down one of the aisles I got a craving for a very specific sort of salad. I was in the cereal aisle too, so honestly, I have no idea where this craving came from? But as soon as I got home, my little sweet and salty creation was made…and devoured. 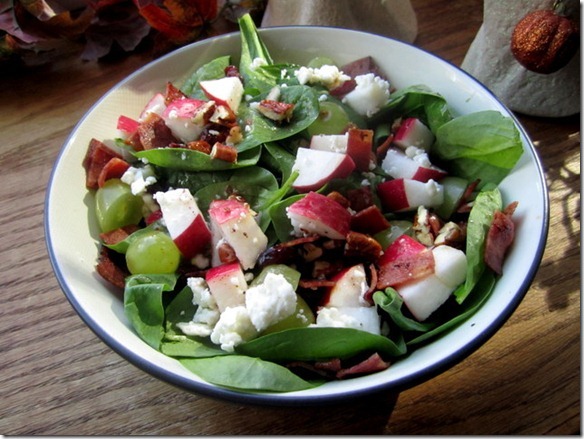 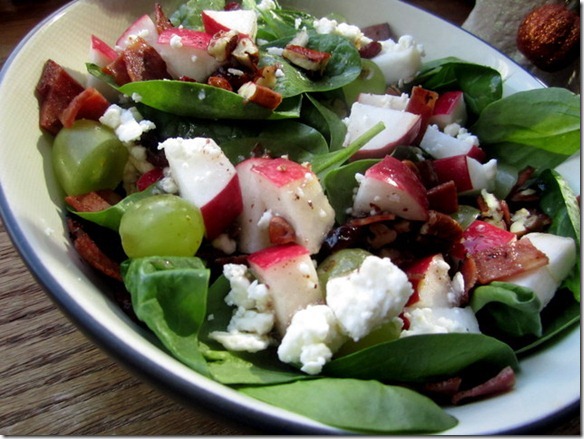 Oh. My. Goshhhhhhhh. The sweet and salty combo in this salad was insane. There’s really just no other way to describe it. I want another one, like, right now.

You just gotta love when a craving comes together and totally hits the spot, right?

« Yoga Challenge, Week 3
Let Me Tell You a Little Story… »