Oh my goodness…Jay had me laughing SO hard while we were trying to take this week’s Baby Tooth photos. 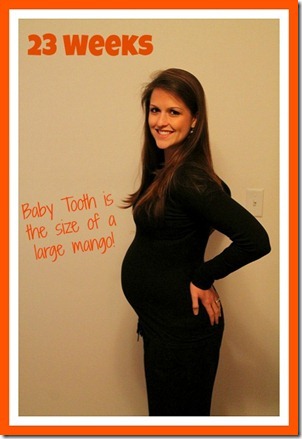 He was quite the character and kept doing things that would have me laughing mid-photo…there were definitely quite a few outtakes this week. 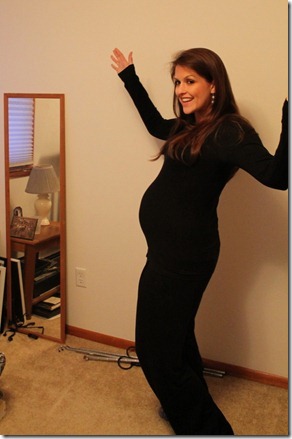 Now tell me you’ve seen a bump update pic like THAT before.

And I promise I really don’t always wear all black…my favorite cozies just so happen to be that color!

But ANYWAYS! Let’s get to the good stuff…Baby Tooth is just over 23 weeks today and is about the size of a large mango.

As for the rest of this week’s updates…

I actually found this survey on Ashley’s blog at 23 weeks (since I stalk all of her older updates every week) and thought it’d be fun to do it myself. You guys know I’m a sucker for surveys as it is, so here we go!

Eye color? dark brown (seriously, my pupils are not easy to spot!) 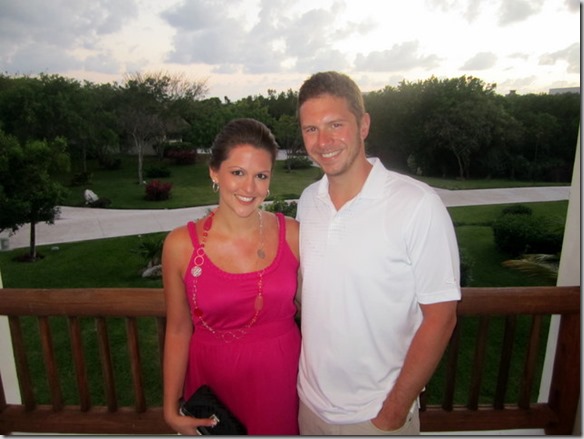 Is this your first pregnancy? Yes

When did you find out you were pregnant? November 11th – the same morning that Jay had to leave me for a week for work.

Was it planned? Yup!

What was your first reaction? I jumped around the bathroom, literally. I had a good feeling, but seeing the results on the test just made it a bit more real.

Who was with you when you found out? Just me (thank goodness nobody else had to witness my crazy dancing “skills” at 6:45 in the morning). But as soon as I stopped the jumping around…

Who was the first person you told? Jay, of course! He was still lying in bed half awake, so I crawled in next to him. Pretty sure he knew as soon as he saw my face.

How did your parents react? Both of my parents did a little “YAY!” scream, and my mom followed it with an “I knew it!” We had stopped into their house unannounced on a Sunday evening, which we never, ever do. My in-laws both cried and they definitely were not expecting it. Both reactions were incredible.

How far along are you? 23 weeks

What was your first symptom? A little crampy, sore boobs, and feeling super tired.

Do you know the sex of the baby? It’s a boy!

Have you picked out names? I think so…but we’re still afraid to 100% commit to it! We had a list of about five to start, and then had a couple filter in and out. Now we’re basically down to two, but we’ve had our number one stay the same the whole time. Jay says he wants to wait until he seems him, but I don’t know…one of these days we’ll figure it out!

How much weight have you gained? I think about 15 pounds, but I haven’t touched a scale at home.

Do you have stretch marks? Nope (fingers crossed!)

Have you felt the baby move? Yes, every single day. It never ever gets old.

Have you heard the heartbeat? Yes, a couple different times! I look forward to it every appointment, and always wish that the doctor would let it go longer. It’s just so amazing.

Will you keep the baby? No doubt about it!

Natural or medicated birth? I’ll most likely get an epidural, but we’ll see how it goes.

Who will be in the delivery room with you? I haven’t quite decided on this one yet. Definitely Jay, but I may need my mom in there for a little while…she is just incredible at making me feel better, no matter what. Something tells me I may need some of that.

Will you breastfeed? I’m really, really hoping to. I know that it doesn’t always work for everyone, so I don’t want to be too disappointed if it turns out that it’s not for me. But I’m definitely planning on giving it my best shot.

Do you think you’ll need a c-section? I hope not, but I don’t think many people know until it happens so we’ll see.

Will you cry when you hold the baby for the first time? Oh gosh, no doubt. I get teary eyed NOW, just thinking about that moment. It literally gives me chills.

What’s the first thing you might say to him? Haha, I have no idea. Probably something along the lines of “Oh my god, it’s YOU!” or “You’re finally HERE!”

Would you let someone videotape the birth? Yikes. I highly doubt it. I don’t think I’d ever be able to bring myself to watch it.

Are you excited or scared about the birth? Absolutely psyched. Granted, I do get nervous from time to time, since the whole thing is just so unpredictable. But I’m really looking forward to experiencing every single part of it – the good and the bad (although hopefully more of the good!).

So that’s it for this week…I know I’ll say it many more times from here on out, but I still can’t get over just how FAST time is flying by. It’s crazy!!

« Weekend in a Nutshell
One Quick Moving Monday »