Hello and happy Monday to YOU! Did everyone have a great weekend?

Before I get to a little recap, a couple of quick things…

Alright, now that we’ve got those two things taken care of, here’s a peek at some weekend highlights. And of course, it wouldn’t be a highlights post without featuring these two. <3 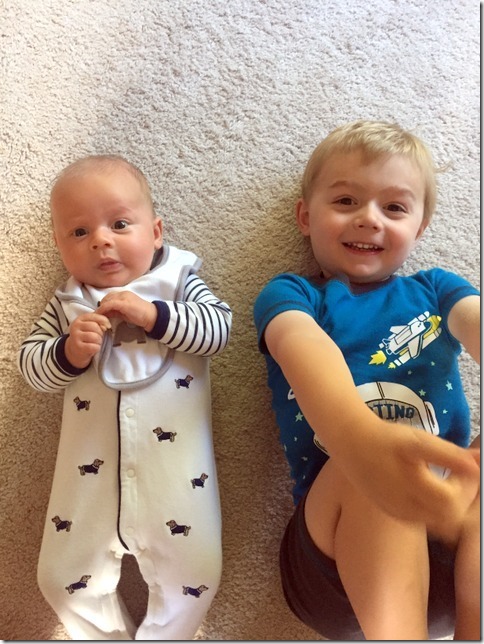 Unfortunately, Lucas woke up on Saturday with a bit of a cold so he wasn’t the happiest of campers all weekend. We spent a lot of time making sure that he wasn’t trying to give his big brother kisses, but I most definitely got coughed on right in the face at least half a dozen times. I give it until Tuesday before my nose starts running like a faucet…

On Saturday, Jay spent pretty much the entire day helping out our friend Josh (long time readers may remember him from our Outer Banks trips <— that was a fun post to go back and read and totally makes me want to go baaaaack) and his brother install the carpet for our basement (FINALLY!!!). 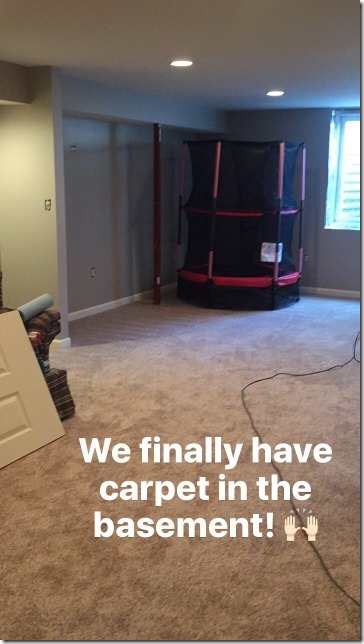 By the time they finished, it was getting close to dinner time. My parents actually offered to take Lucas for a little while, so he had a few fun hours playing at the pool and at Huck Finn’s Playland (which turned out to be a much bigger hit than when we tried to bring him last year), despite not feeling 100%. 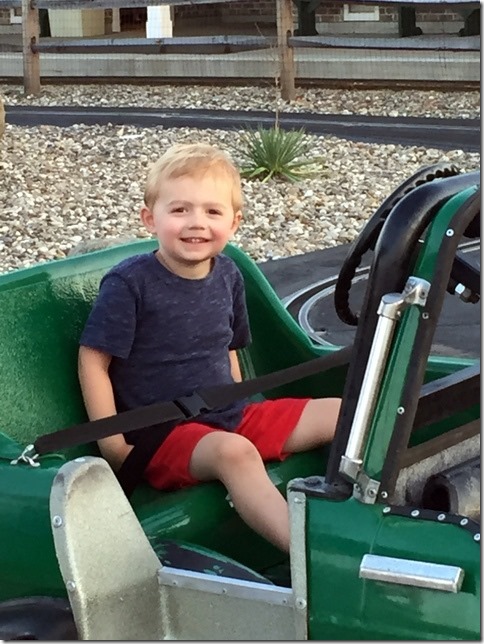 While big brother was out having fun, little brother got stuck at home watching mom and dad make dinner. 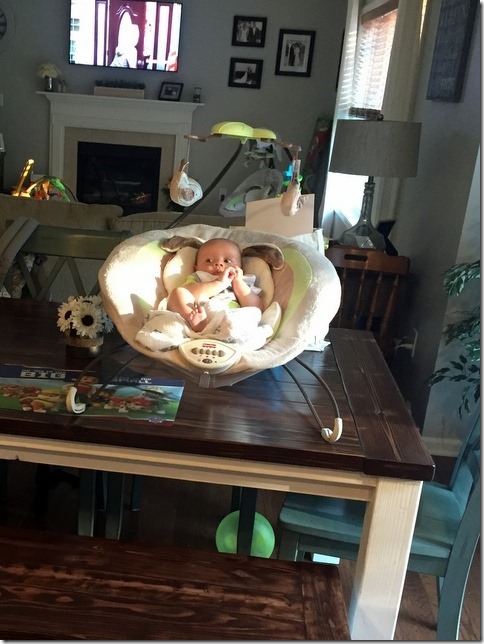 We have a Blue Apron delivery for this week (which I had actually forgotten to skip, so the other two meals aren’t necessarily ones I would have chosen – we’ll see how they go!), so we each took turns prepping/cooking and enjoying a beverage while hanging with the little guy. 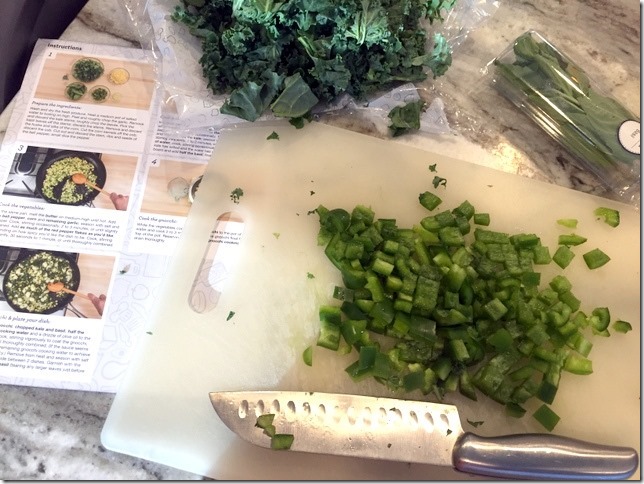 This meal in particular (Summer Vegetable Gnocchi) was absolutely delicious, and I loved how it’d be super easy to recreate at home because there weren’t any special spice blends or anything like that. So we definitely saved this recipe card. 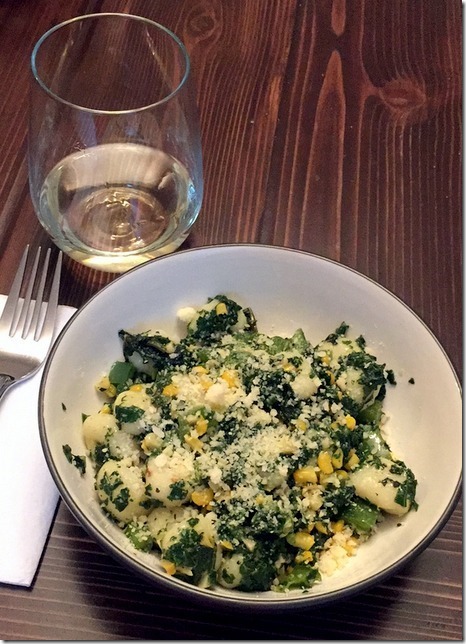 Before actually sitting down to eat, Alex had to be put to bed…but much to our dismay, he’s been making bedtime rather challenging for the past week and a half or so. He goes to sleep fine, but then he wakes up like 10-30 minutes later…and continued to wake up shortly after being rocked to sleep. Sometimes it happens once, and sometimes it happens for 2-3 hours…

So we attempted to enjoy a little time out on the porch, but between Alex’s continuing to get up and Lucas getting home shortly after, porch time was probably all of about 5 minutes. 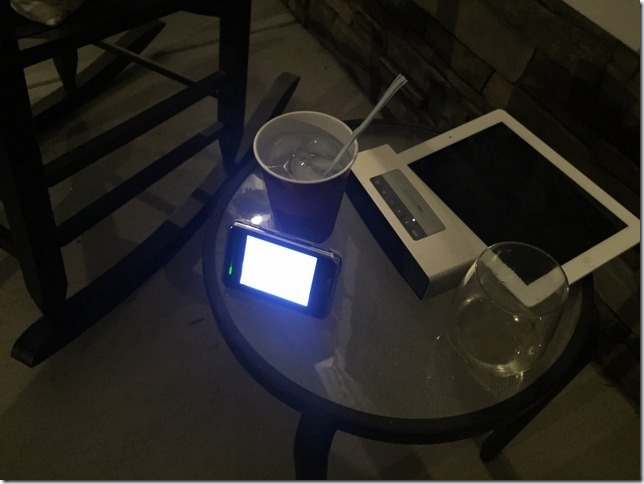 Ahh well…ya win some, you lose some. But seriously…if anyone has any tips/advice for the current bedtime fiasco, I’m all ears.

Sunday was a fairly chill day. We worked on getting the basement filled again with some of the toys that had been sitting in the storage area, which Lucas was totally thrilled about. 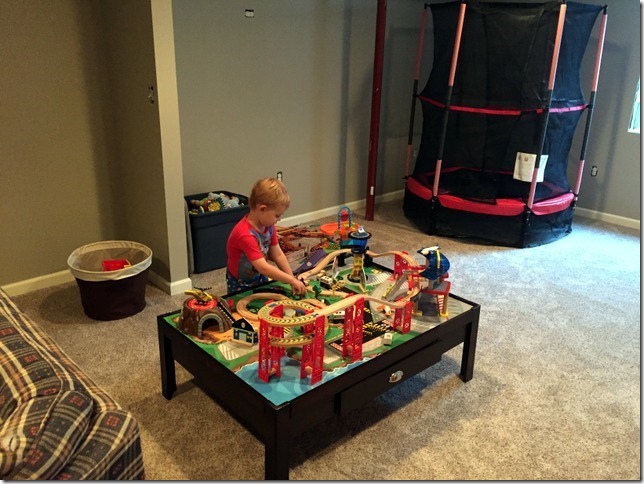 I got an hour to myself to take care of the grocery shopping while the guys stayed at home. 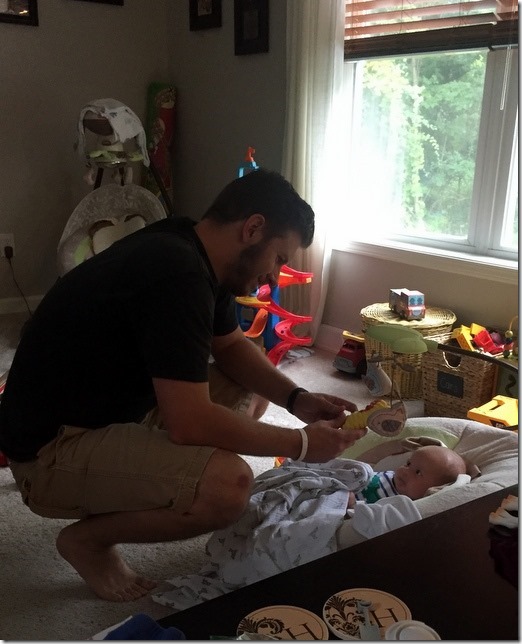 During nap time, we hung up this new valance that I got for the kitchen and am totally in love with. 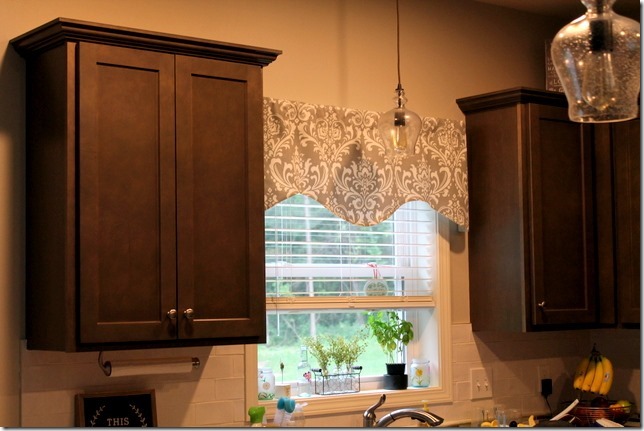 And then we had my mother-in-law over for dinner to celebrate her birthday! 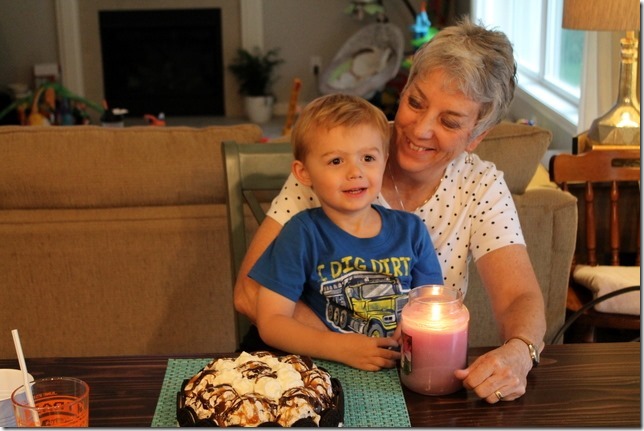 Clearly, we still haven’t gone out to buy any birthday candles…

But I think it was okay since we had this delicious treat to make up for the lack of candles. 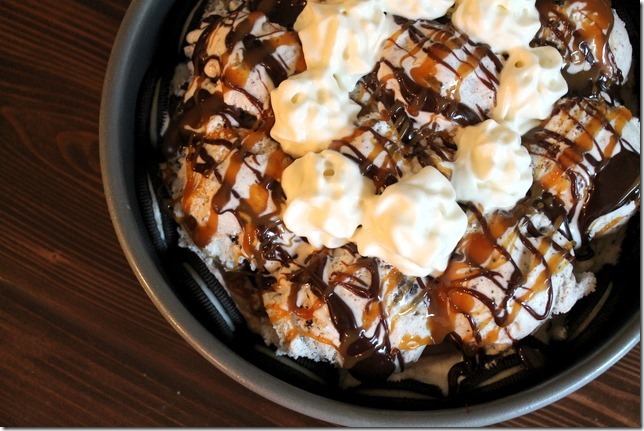 Good news for you guys? I have details on this bad boy coming for you guys later this week. Hopefully.

I hope you all have a great week ahead! Is this seriously already the last full week of August? Where does the time go?!

« One Inning
What I Keep Stocked In My Diaper Bag »