Another great weekend is in the books! 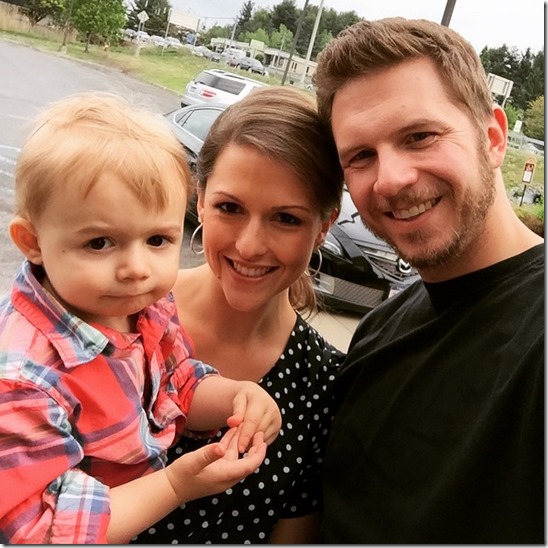 Oh, was it a busy one too. Not busy in the sense that I’m complaining about it, but just on the go basically all weekend long. Good news is that there was a lot accomplished over the past two days, so I’m walking into Monday on a good note today!

So as for the weekend, Saturday was awesome. After spending the morning hours at home with the guys (while intermittently packing up a box or two here and there), Lucas was ready for his nap around 11:30. I put him down, and then I was off to run a few errands. I stopped at one mall to return a couple items to Old Navy and picked up a couple of shirts for Jay while I was there (nothing for me…that’s a victory!). 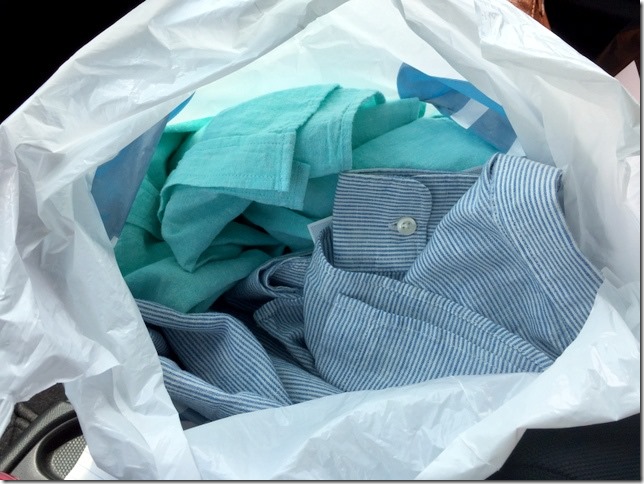 Then I made my way to another mall (of course the two stores I needed couldn’t be in the same one) for a quick pit stop at Sephora. 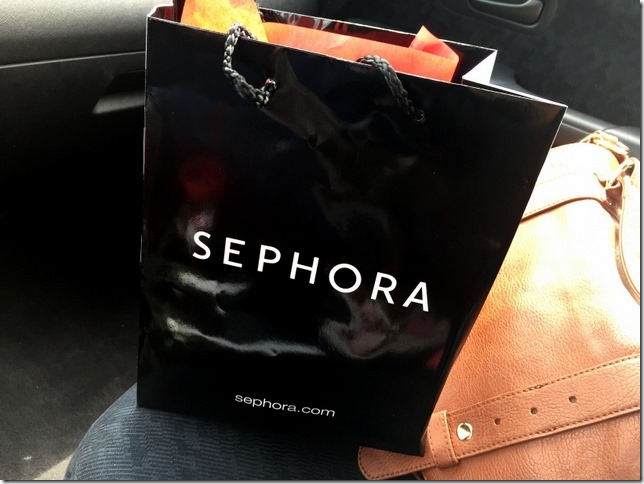 I had received a perfume sampler (and I also got Jay a cologne sampler) back at Christmas, and we both just finally got around to choosing the ones that we wanted to get in the full sizes: Acqua di Gio by Giorgio Armani for Jay and Versace Bright Crystal for mui. 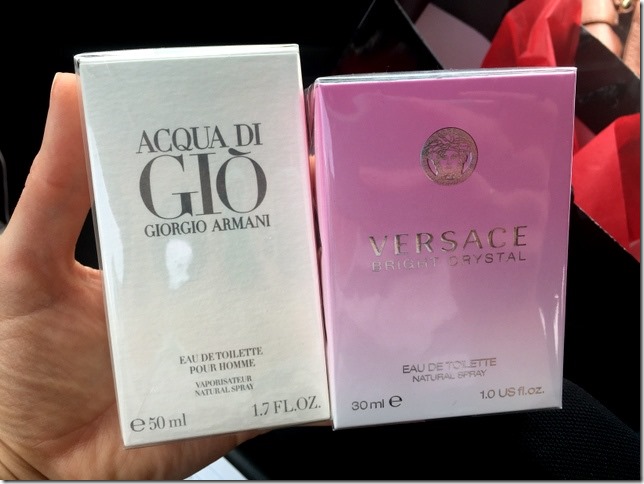 Also had to pick up a couple of makeup staples that, lucky me, were free thanks to a gift card from Christmas as well. 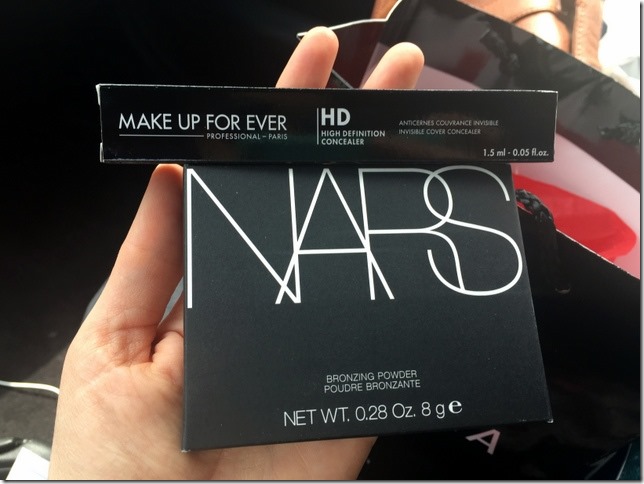 (You can check out all of my favorite Sephora makeup products!)

After I was done hitting up the malls, I made a couple of quick stops for gas, the grocery store, and to pick up a prescription. Then, it was pedicure tiiiime. 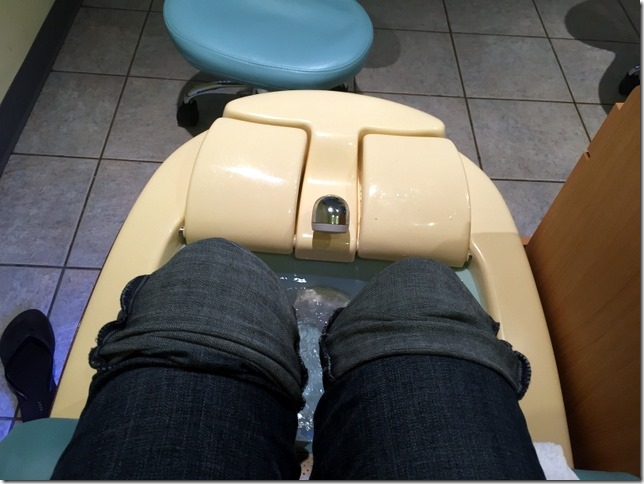 Jay got me a gift certificate (again, back at Christmas) and I kept forgetting I had it, and I wanted to make sure to get there before we move since it’s so close to where we are now. Plus, let’s just say that the feet were definitely in need of one…

By the time I got home from my pedicure, Lucas was still napping (just over 3 hours later) so I was super excited I didn’t have to miss out on any time with my guy.

We hung around for about an hour once he woke up and then we headed out for an early dinner at Pizzeria Uno. 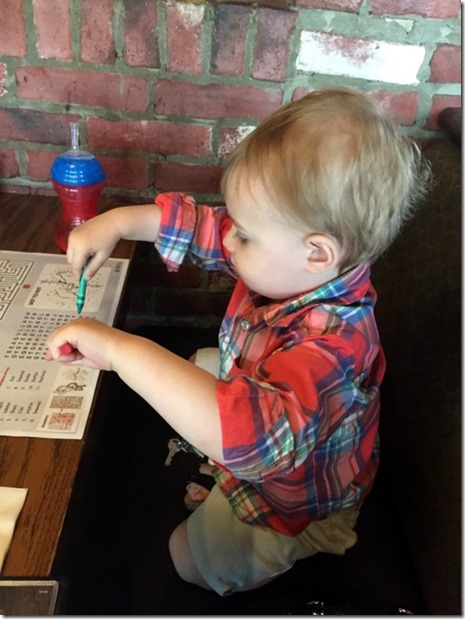 I’d been craving a deep dish pizza in the worst way lately, and after passing by the restaurant earlier in the day, I made the executive decision to make that our restaurant choice. Plus, I figured it’d be fairly kid friendly (which it was) so it worked out great. 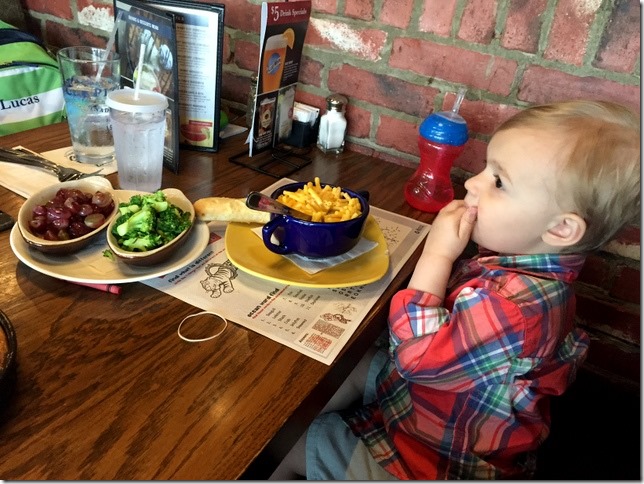 Lucas had his mac and cheese, Jay had a BBQ Chicken flatbread, and I ordered an individual size cheese and tomato deep dish with roasted veggies and spinach. 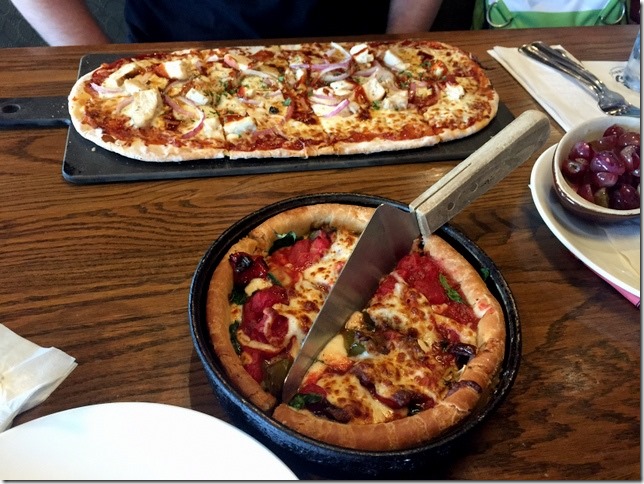 I’m always amazed at just how filling those deep dish pizzas are! Only two pieces of mine (plus a piece of Jay’s) filled me up enough, even though I could have easily gone for a third. BUT, I needed to make sure I saved some room for dessert… 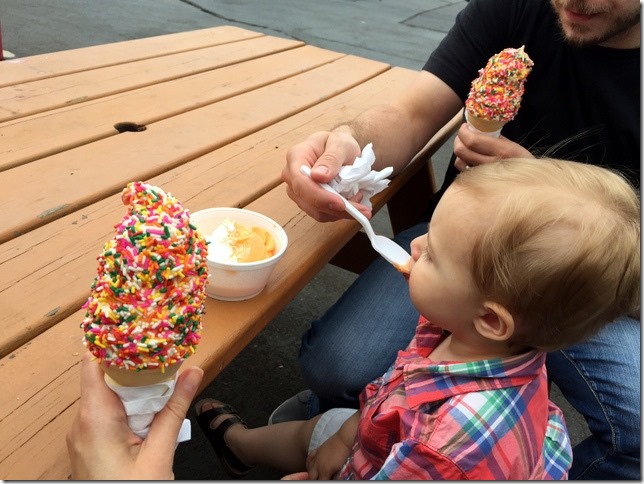 Orange and vanilla twist with rainbow sprinkles from The Snowman. Heck. Yes.

Sunday morning started off nice and quiet with some coffee and homemade pancakes from Jay. Can’t beat that! 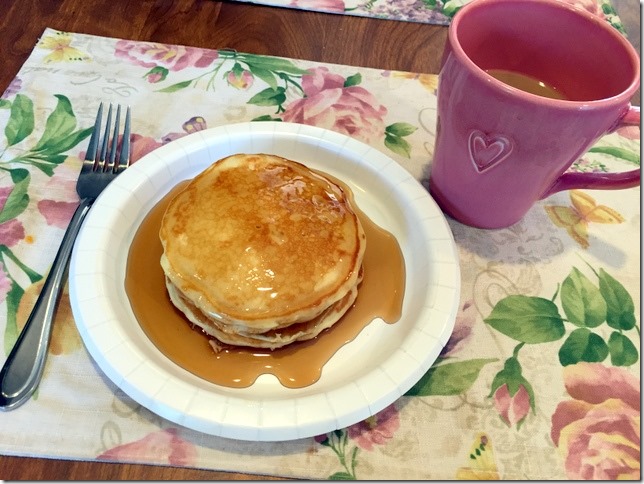 He discovered this recipe a few weeks ago, and they’ve become one of our favorites for simple, traditional, really good pancakes (almost as good as my best ever fluffy pancakes).

So the rest of Sunday was devoted to one thing, and one thing only… 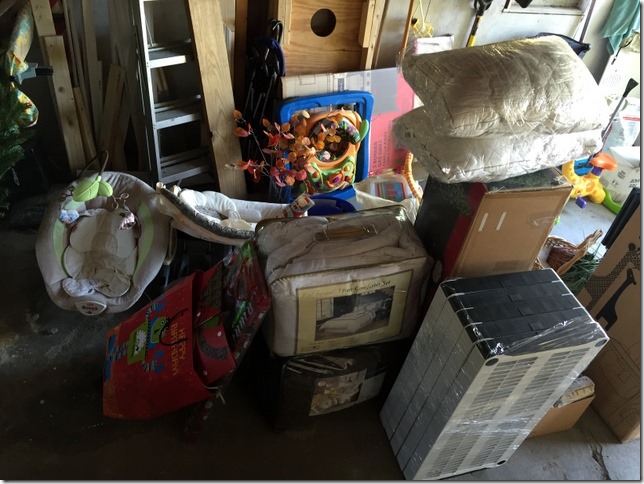 Packing. Lots and lots of packing. We took a number of car loads out of the house and over to my in-laws’ house, and sometimes it feels like we still barely even made a dent(!). BUT, we did get quite a bit cleared out from our basement and some of our kitchen cabinets so I’m feeling a bit better about things. 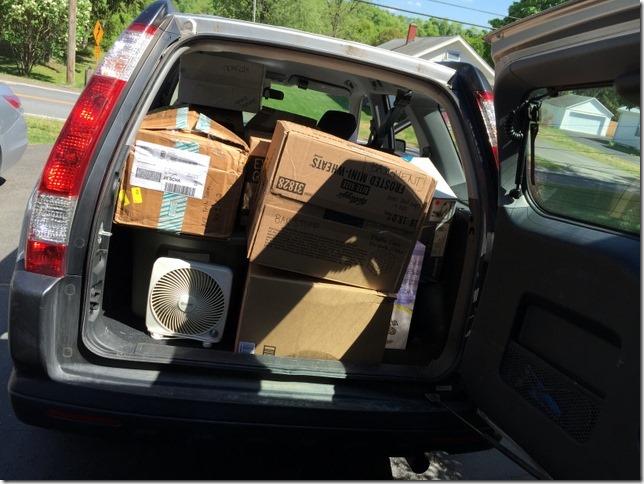 We’ll likely pack up the bulk of everything next weekend, and then live here with just the necessities for a few days until we move out towards the end of the month. Oh man, it’s getting real…

We broke for dinner eventually and had some cheeseburgers from the grill with sautéed onions, potato salad, and green beans. 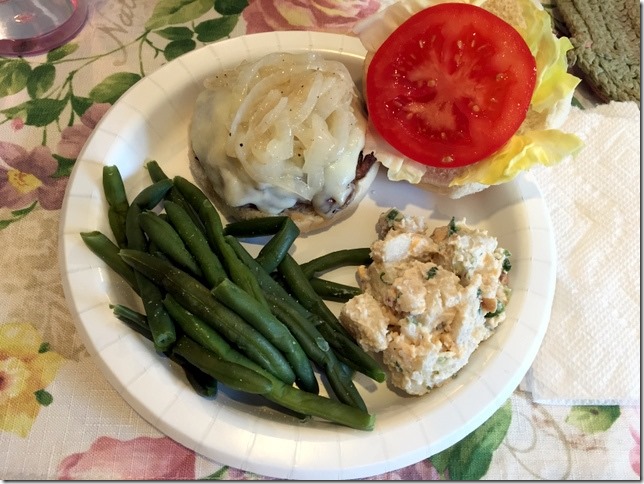 After a full day of working Sunday, we were more than wiped and we all crashed hard. It was a productive one, for sure, and a busy one at that.

And now here we are…back at Monday once again. Here’s hoping we all have an awesome week ahead!