I am happy to report that we survived our first Halloween with the two kiddos. Not only that, but we even managed to squeeze in double festivities. These days, that’s sort of a big deal.

The first Halloween party was happening at the boys’ daycare! Lucas was already there for the day, so I swung by quickly at lunch time with Alex so we could be there for the fun. 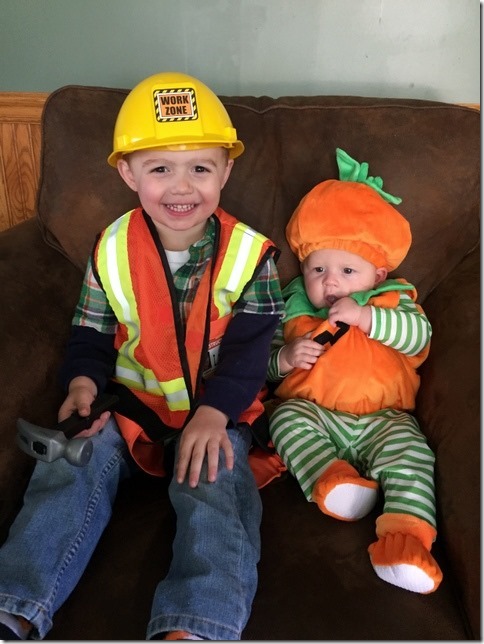 And, as you can clearly see, the Paw Patrol costume was definitely a no-go. So thank goodness for last year’s costume and Melissa and Doug dress up outfits!

The festivities at daycare were quick and fun, starting with pizza and treats for lunch, and followed up with some pictures outside (it was a beautiful afternoon). 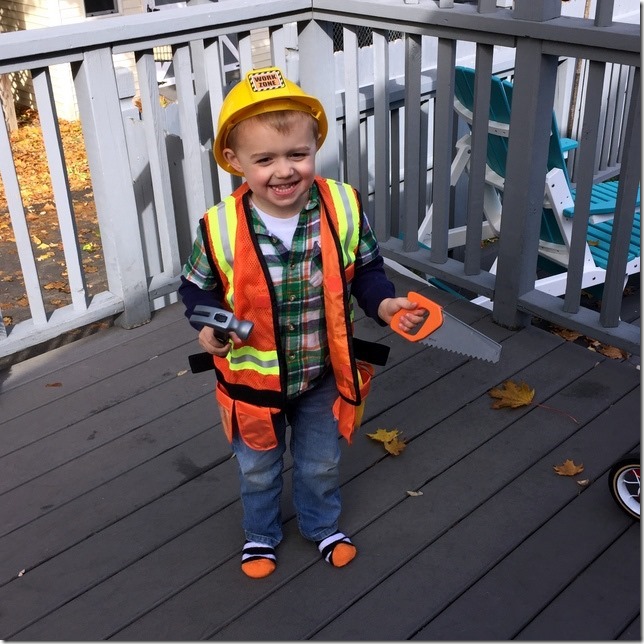 Me and my little pumpkin <3 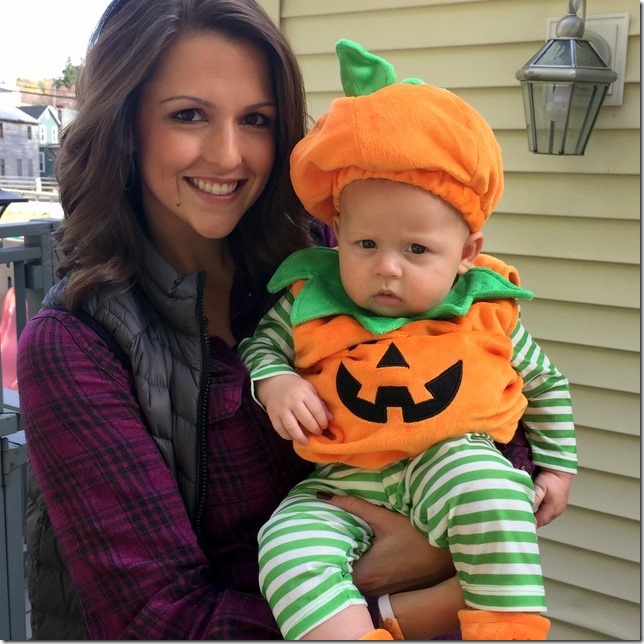 I just love these two to pieces! 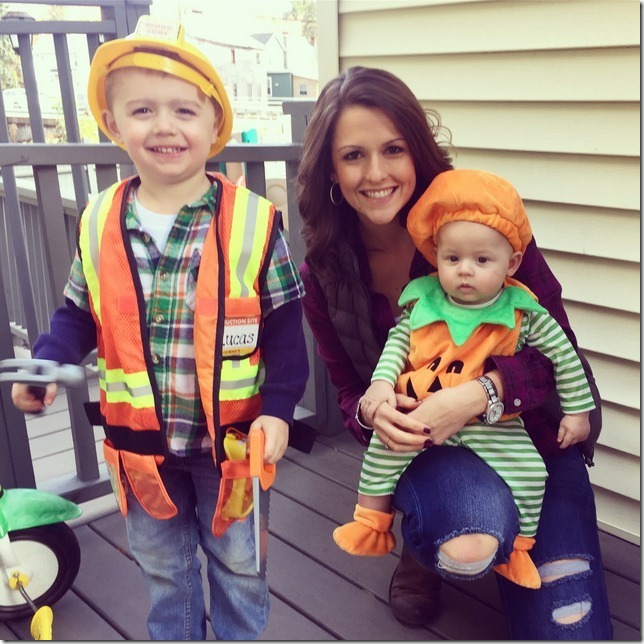 Once the party was over, I headed back home with Alex so he could nap and I got back to work. In the early evening, we had a few of our neighbors over for a quick and informal dinner before heading out trick-or-treating! We actually ended up having a few more people than I initially anticipated (9 adults and 7 kiddos!), but it all worked out great and we had enough food to go around. Chicken nuggets for the kiddos and Crockpot BBQ Pulled Chicken for the adults. Easy peasy! 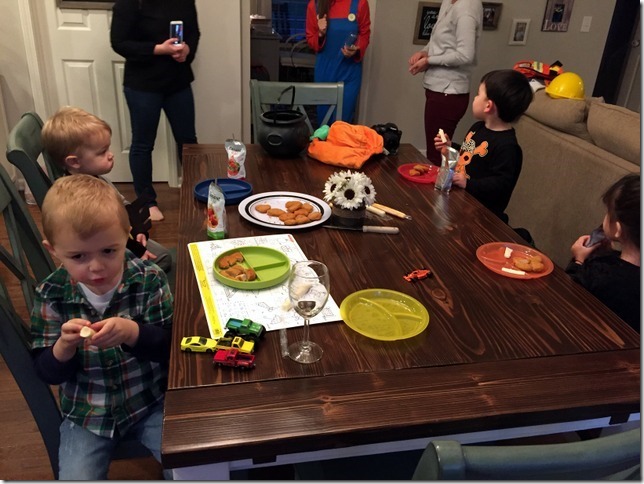 And before heading out for the goods, we obviously had to snap a group pic with the kiddos because kids in costumes are adorable. 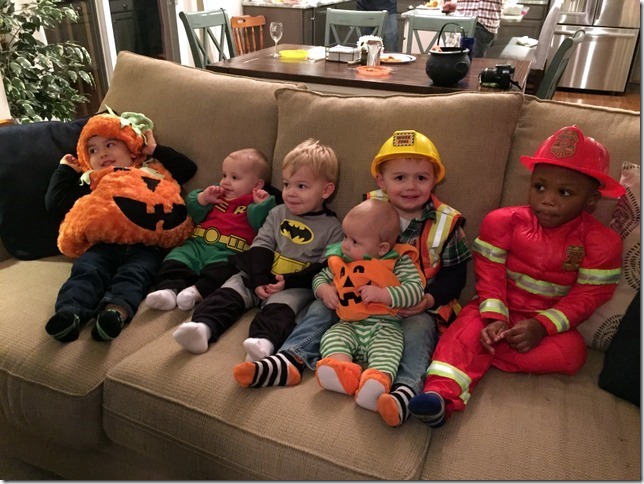 Since we got a little bit of a later start, we didn’t end up going to too many houses (pretty sure there were 4, to be exact). But between the fact that we had no trick-or-treaters and the houses we DID go to were plenty generous with their candy handouts, Lucas made out quite well for himself. 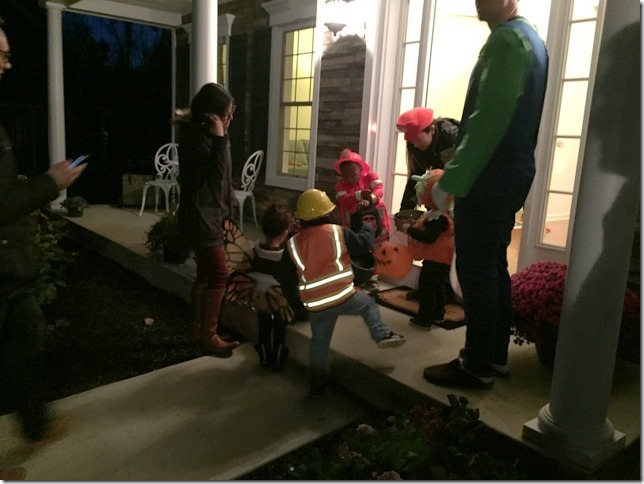 And Alex, well…someday, buddy. Someday you’ll get some. 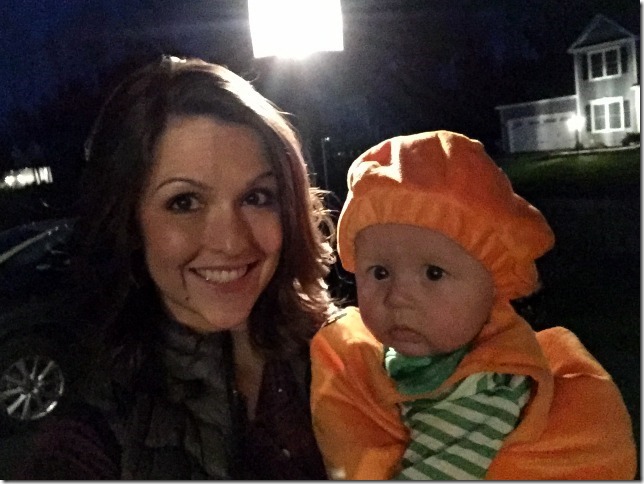 I’m pretty sure it was shortly after this photo was taken where Lucas’s meltdown ensued (hello, no nap) and since it was also Alex’s bedtime, we decided to turn around and head back home. 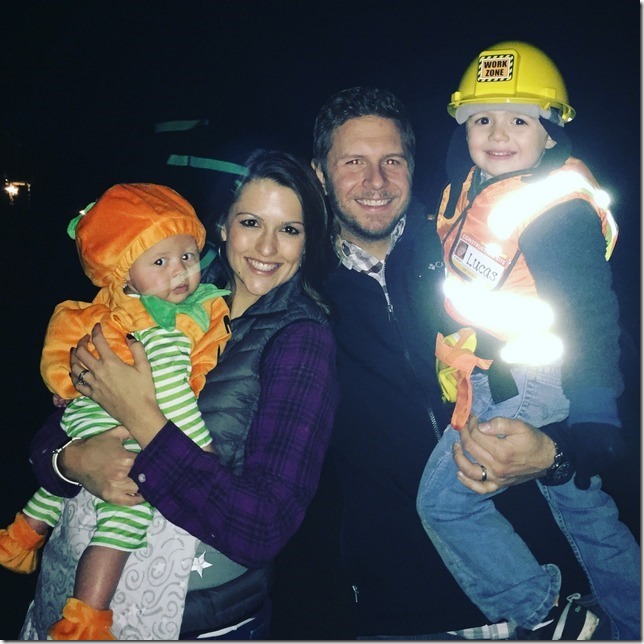 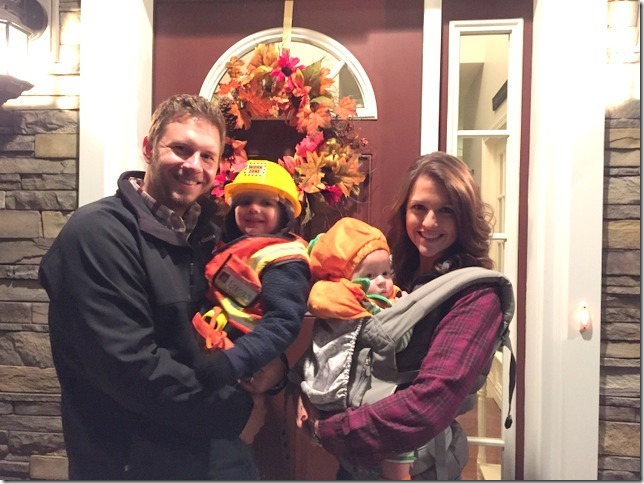 Once both boys were in bed, mom and dad sat down and watched a couple episodes of American Horror Story (fitting, right?) while indulging in a few too many pieces of Halloween candy. I just can’t stay away from those damn Twix, I’ll tell ya…which candies are YOUR downfall??? 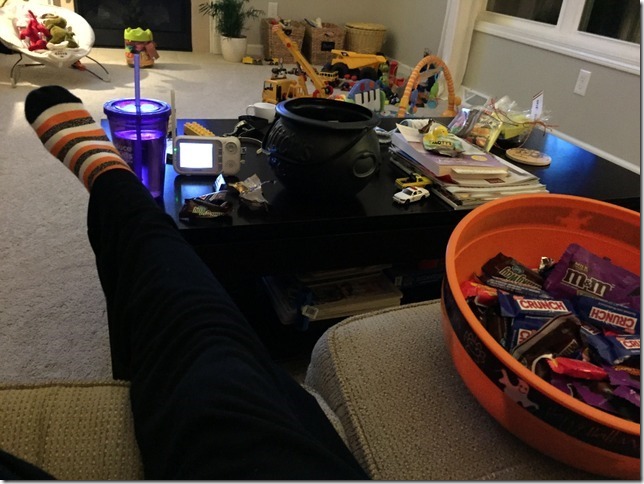 Oh, and here’s Cody. He hasn’t made an appearance on here in a while, but he’s still alive and well, and always wanting to sit on the same couch cushion as me every night. Five cushions to choose in the living room, yet he always wants mine. 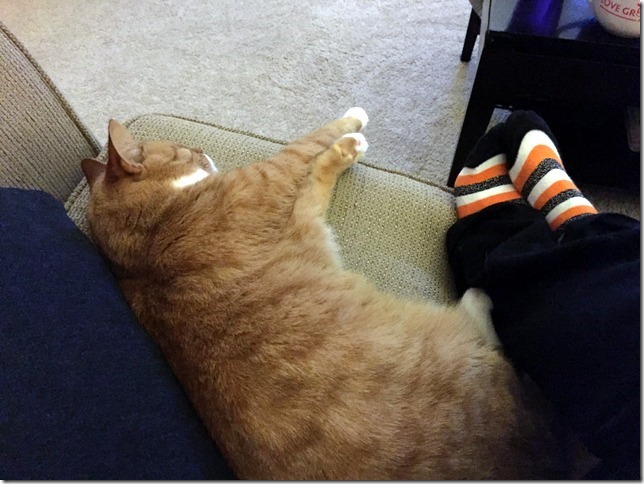 Now I know I should totally be sending some of our leftover candy in to work with Jay or something, but…but…I’m just not ready to give it up yet. We STILL have candy left in our house from LAST Halloween. Is that crazy?!

Besides, I could do some good BAKING with that candy. For example… 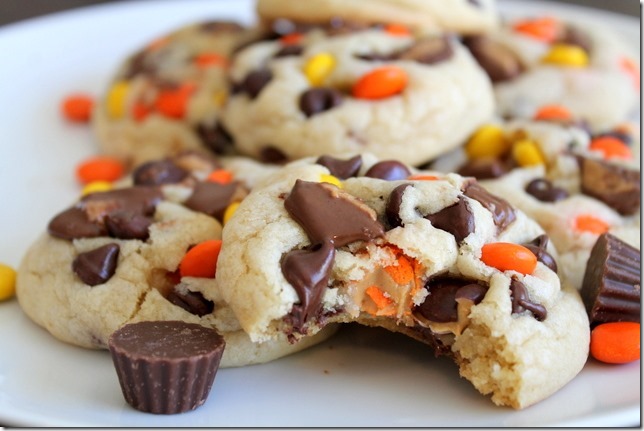 Toffee Chocolate Crispy Cookies (<—these are awesome with crushed up Crunch bars!)

How about you guys? How was your Halloween? Did you celebrate? Get many trick-or-treaters? What candy are you snacking on??

« My 30 Days Are Up
Basement Makeover: The Almost Finished After! »