Well, we are coming off of a fun weekend!

To start, Jay and I were finally able to get out for the night on Saturday to meet up with our friends Joey and Kate for dinner and drinks (I think we’ve had to cancel various plans with friends about half a dozen times this winter already because of sickness).

We met up at Innovo Kitchen (which we were last at over two years ago) and grabbed a couple of drinks at the bar before heading over to our table. 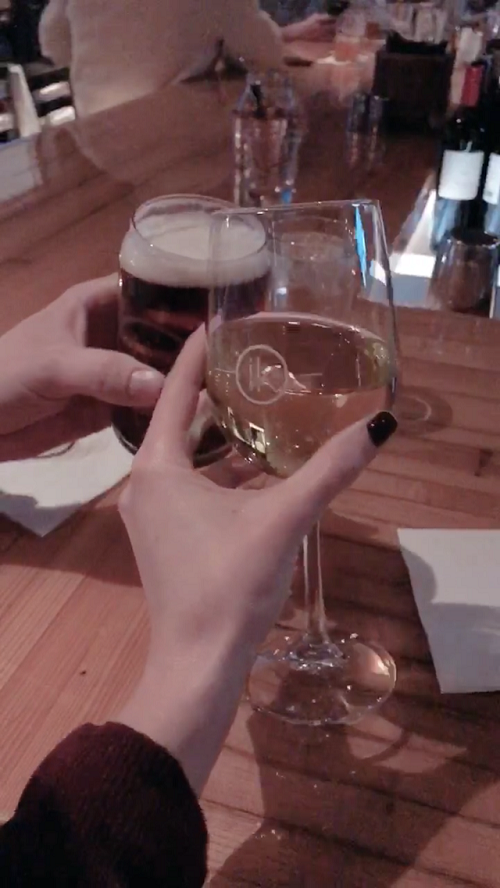 For my dinner, I (unbeknownst to me at the time) wound up getting the same thing I got before, which is their i-Burger. I remembered it being better the first time, but it was still good, and the fries got two thumbs up. 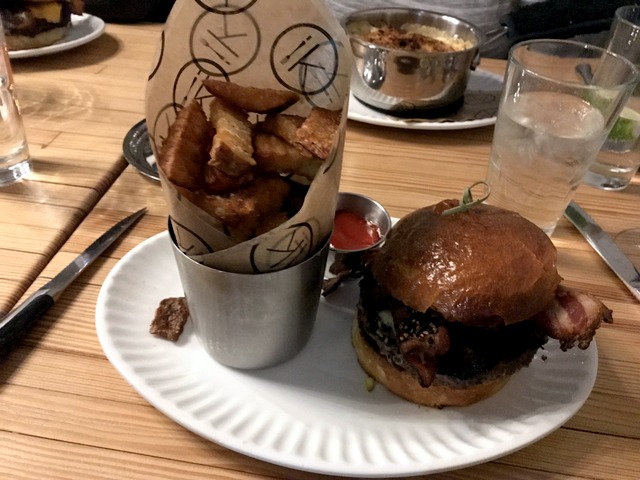 For dessert, a cookie platter somehow wound up on our table (spoiler, I ordered it) and it was filled with all sorts of delicious varieties, including one that was like a blueberry muffin, and one with white chocolate and pretzels…YUM! 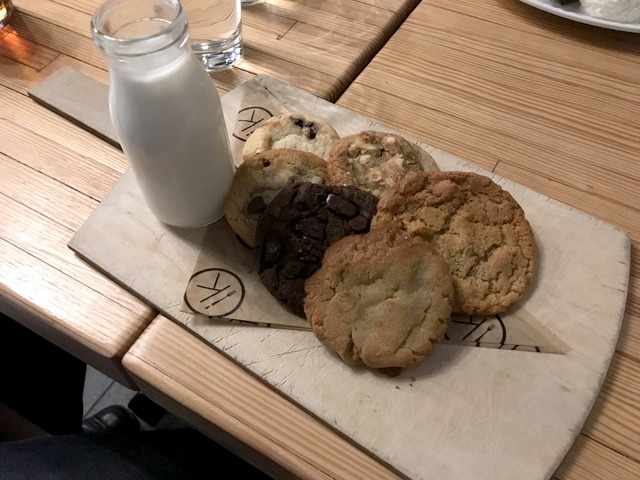 We had a great time with our pals (but managed to forget to take any photos, and I was even having a good hair day, ha!) and wound up at the restaurant for over 3 hours chatting about all sorts of stuff, with the main topic = parenting is TOUGH. Such a great night!

Sunday was a busy one, with a few commitments throughout the morning, followed by our first family trip to go ice skating. 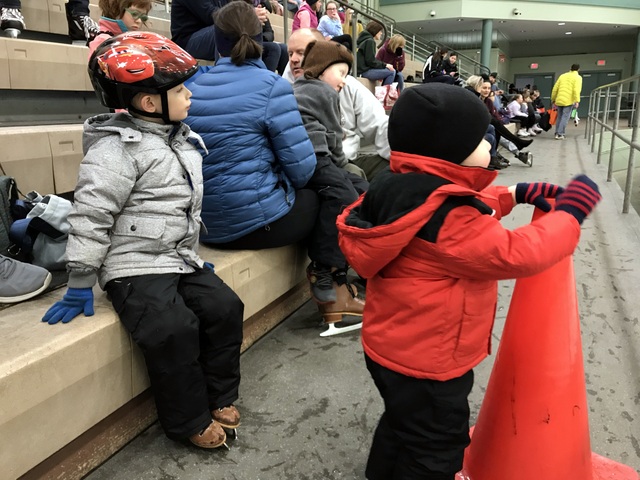 We left with lofty goals of getting both boys on the ice, but we got about as far as getting one skate onto Alex before he’d had enough… 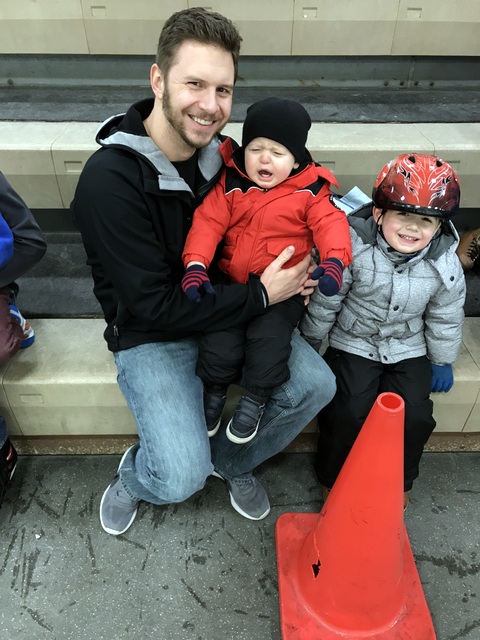 Poor bubba, got a rough life.

So instead, Jay hung with Alex and walked around the rink while Lucas and I hit the ice. Lucas has always been a little timid with trying new things, so I was thrilled to see just how excited he was to try ice skating. He was LOVING it! 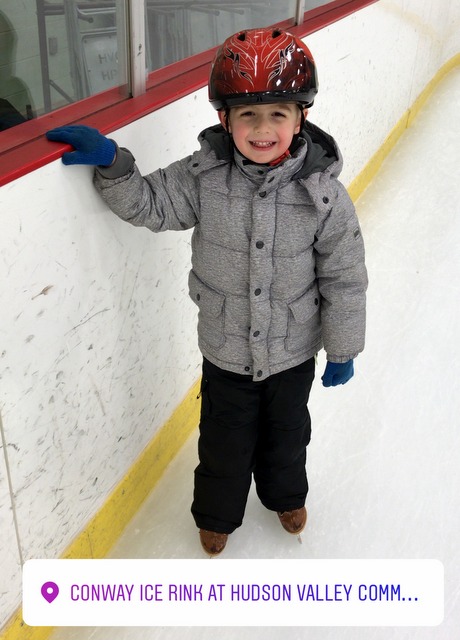 We moved nice and slow, pretty much staying right around the edges of the rink; and considering I’m not the sturdiest skater myself, I often times wondered who was helping who. Jay and I switched off towards the end because my back had had about enough, but I loved it. 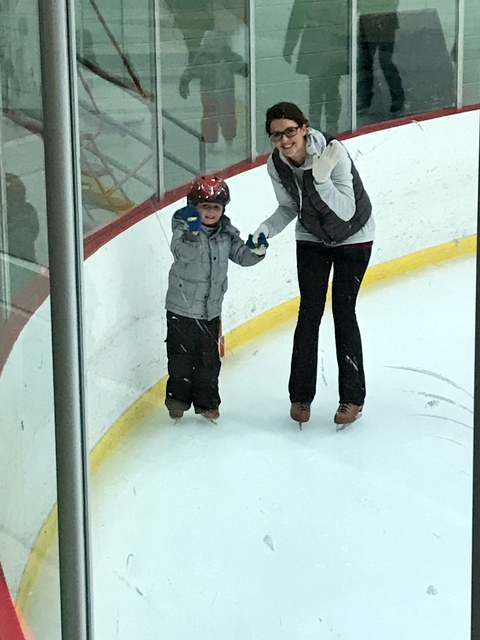 We really had a GREAT time, and it was so nice to get out of the house as a family. And even though Alex wasn’t skating, he enjoyed walking around, and of course, watching the Zamboni on the ice. 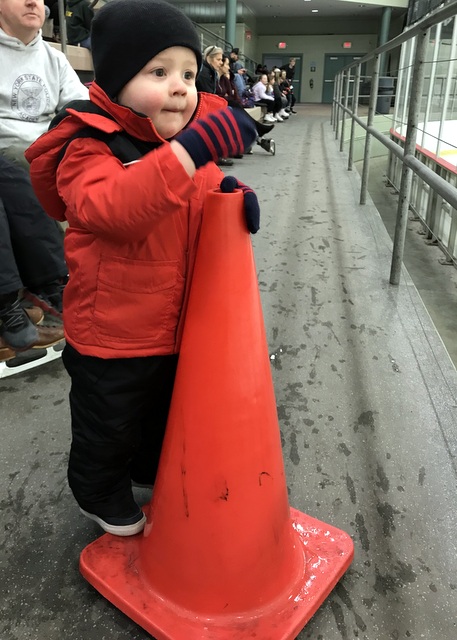 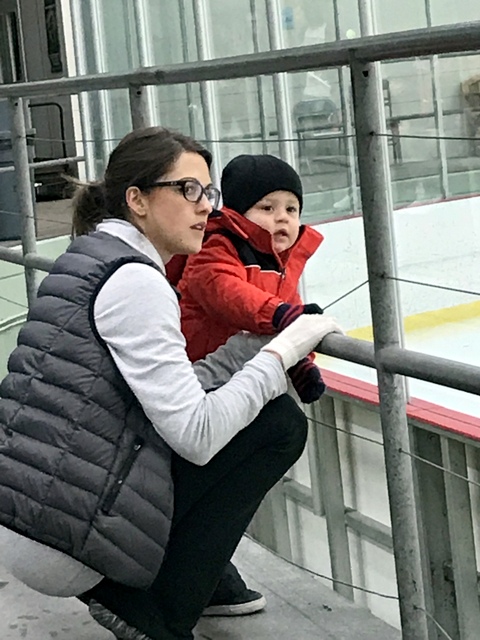 I have a feeling we’ll definitely be heading back while open skate is still around (for the locals, we visited HVCC, which appears to have open weekend skating through March 11th).

And hey, maybe we’ll even get Alex out there next time. ; )