1. Major fun fact announcement! Did you guys know…yesterday marked the 20 year dating anniversary for me and Jay. Yes, TWENTY. Can I just tell you how OLD that makes me feel?! 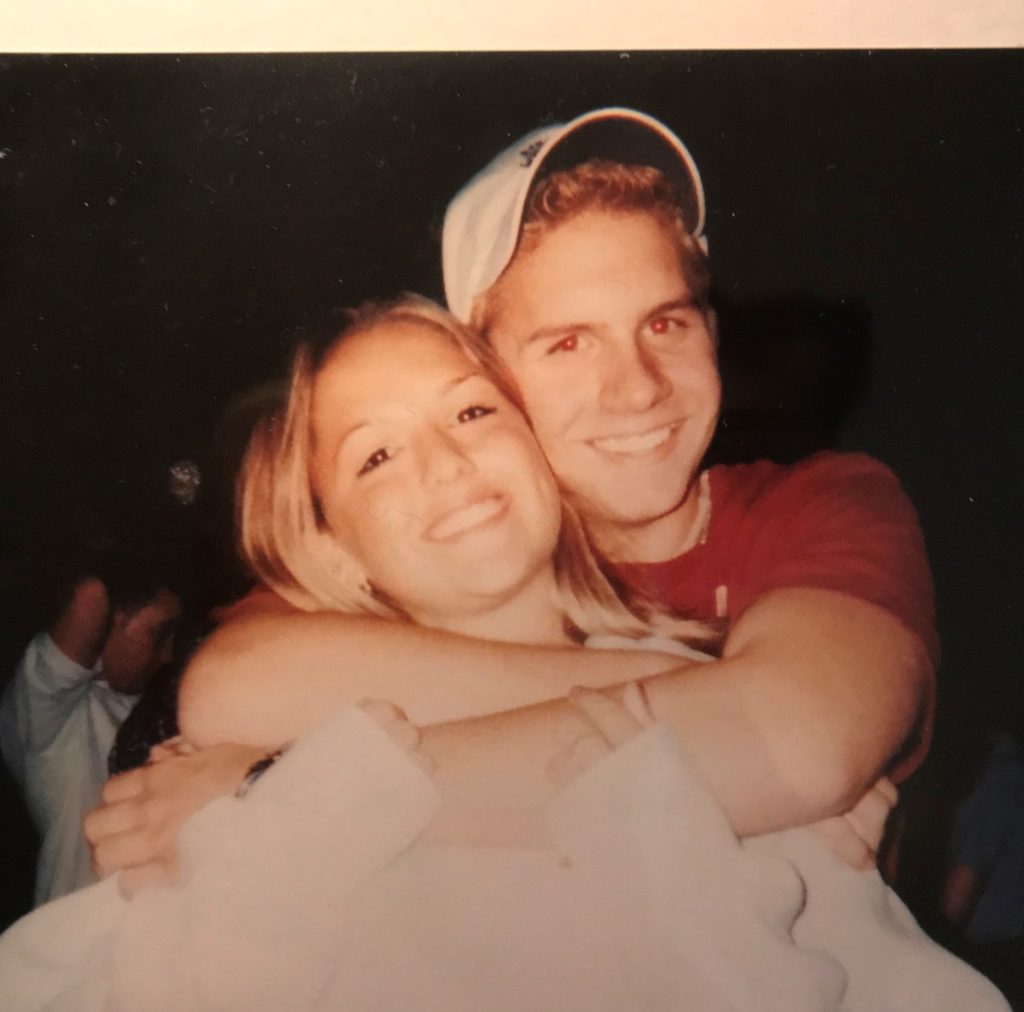 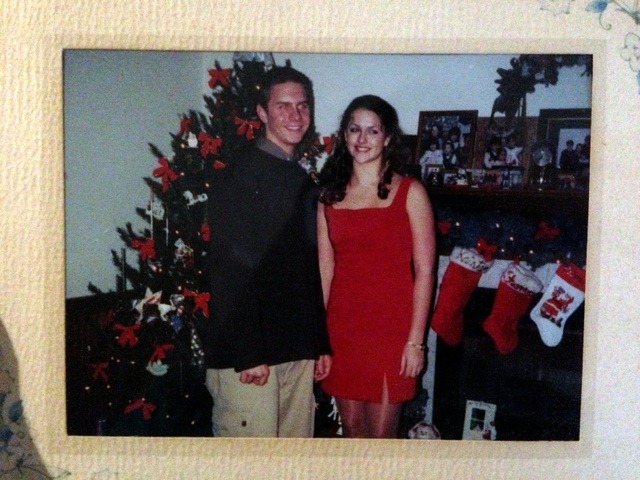 Hard to believe he’s been putting up with my shenanigans for this long. Or, rather, maybe it’s the other way around… 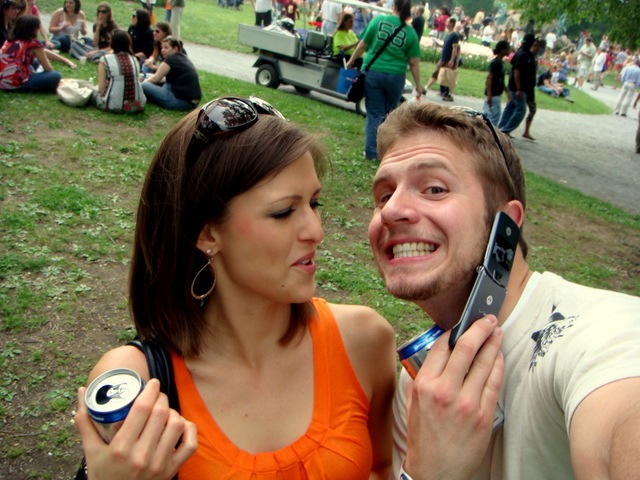 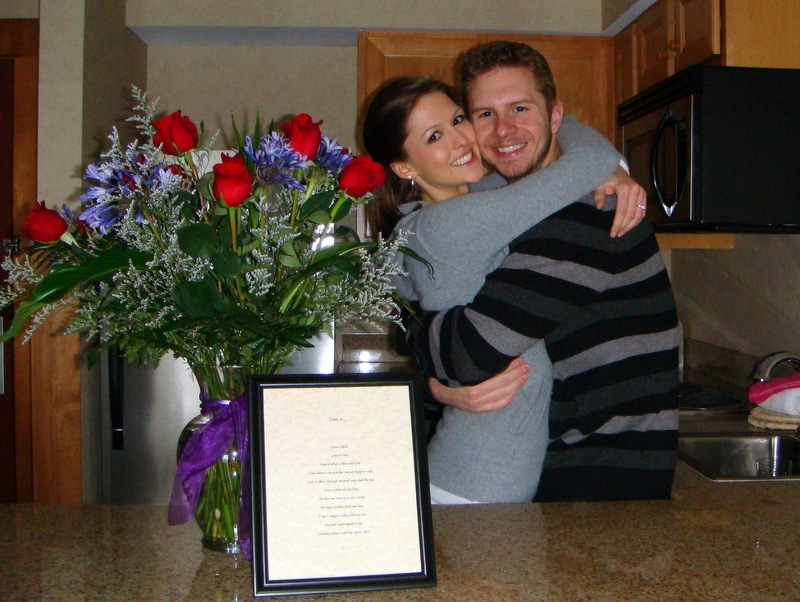 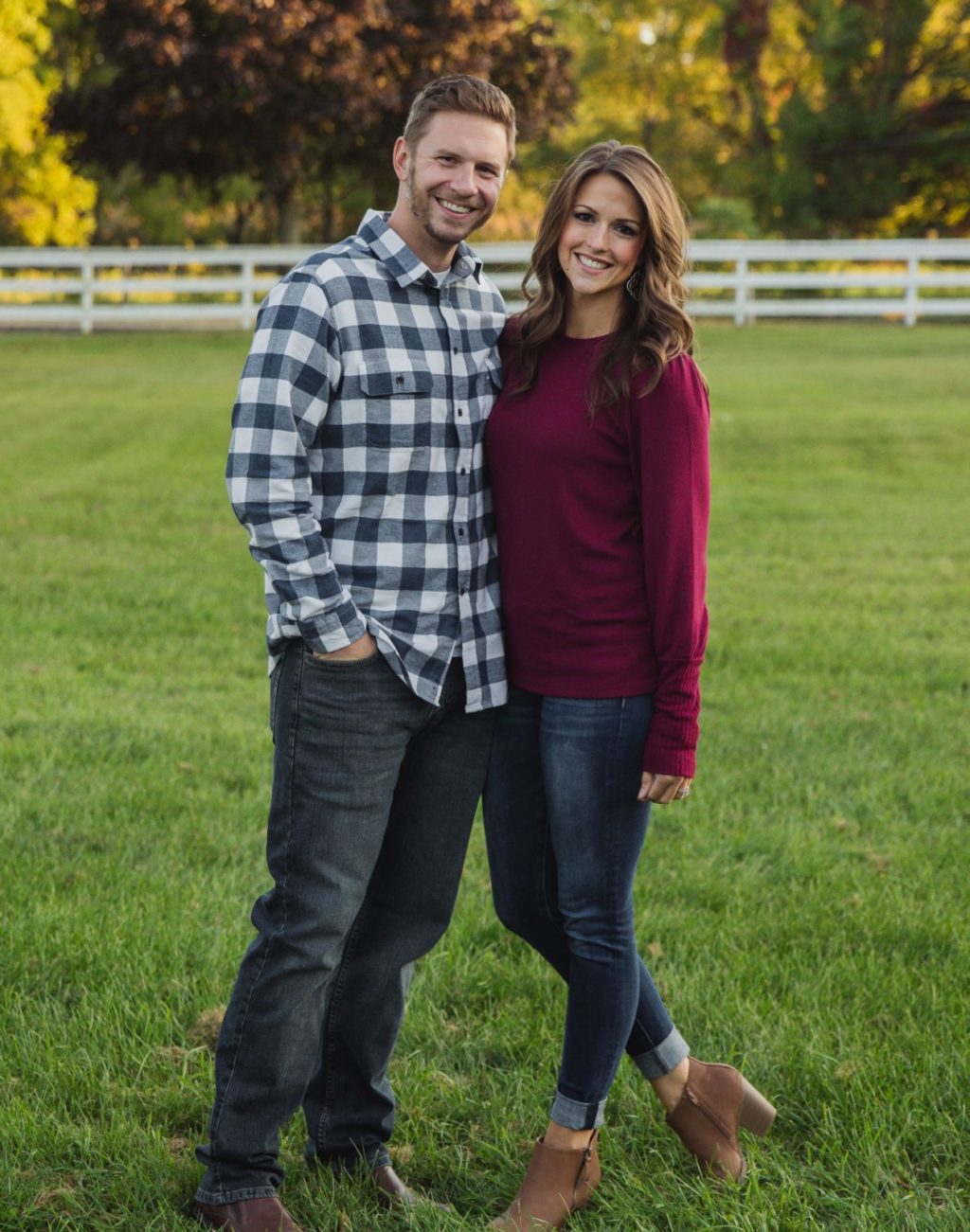 2. So I’ve discovered over the years that there are a handful of foods that I legitimately have zero self-control over. Included in that list is kettle corn, cornbread, Teddy Grahams (honey flavor, only!), Rudolph’s Mix (ARE YOU SURPRISED?), and most recently, I’ve come to the realization that basically any sort of “snack mix” should also be included. Case in point… 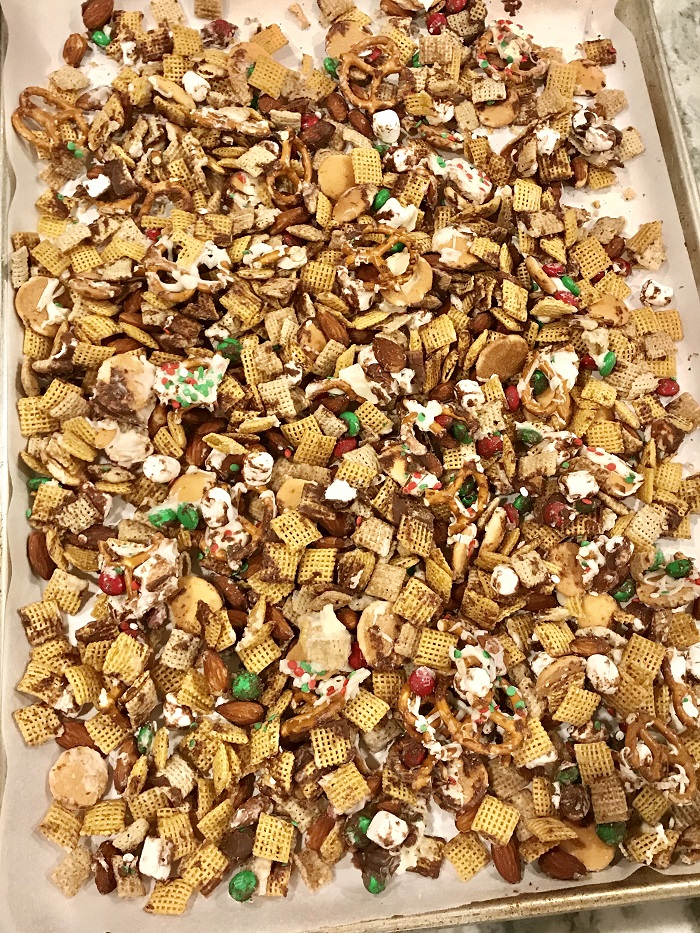 I made a batch of this Chex snack mix (using some ingredients they sent me a few weeks ago!), and once I start, I just. can’t. stop. It’s so dangerous! Here’s the recipe if you want to give it a try for yourself.

3. Franklin the Elf has made his way back from the North Pole, and is back to his usual shenanigans! 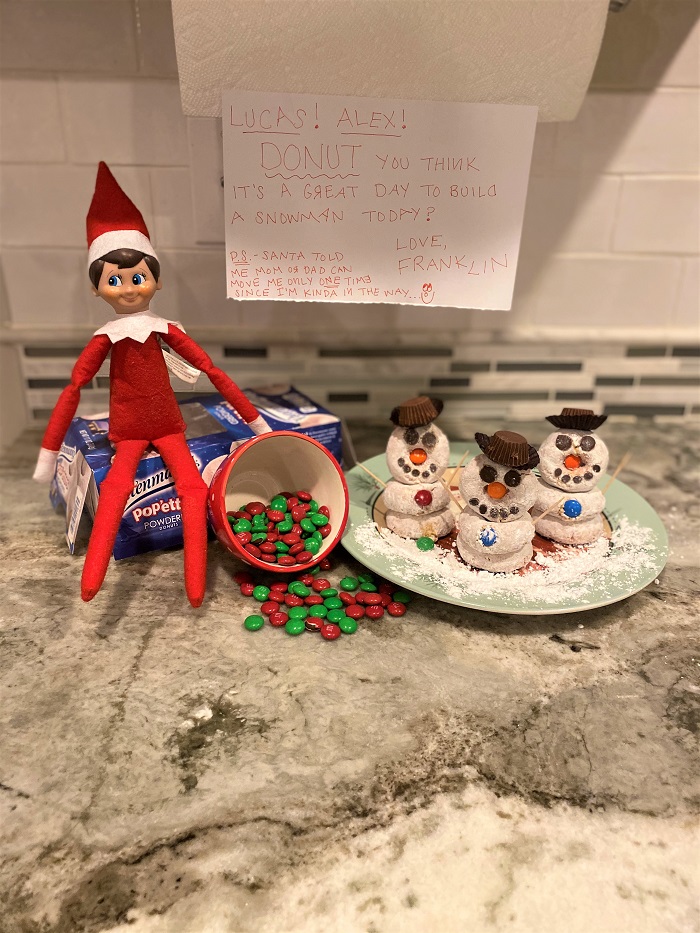 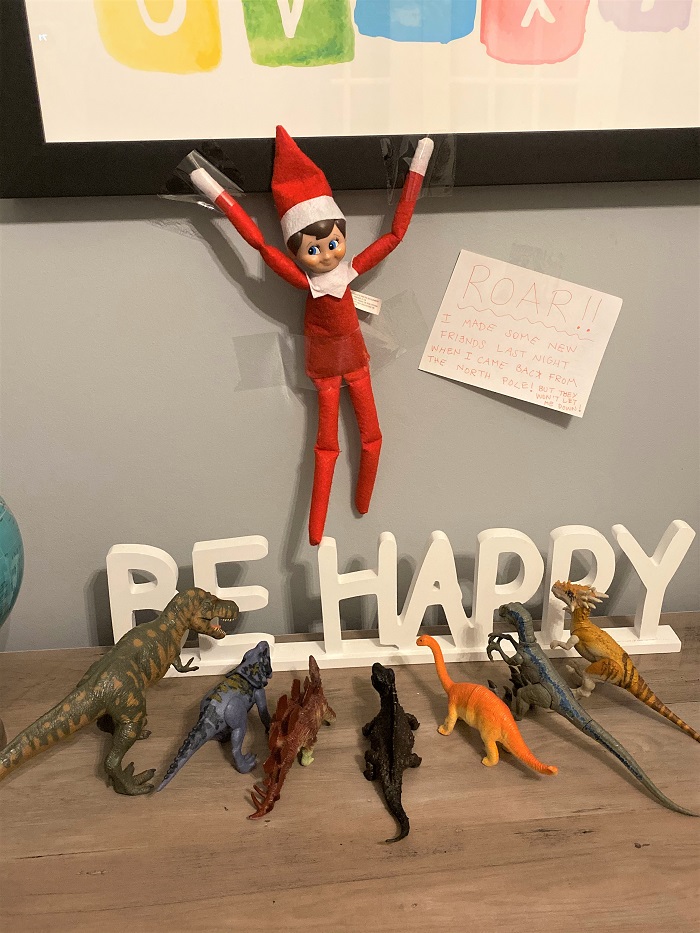 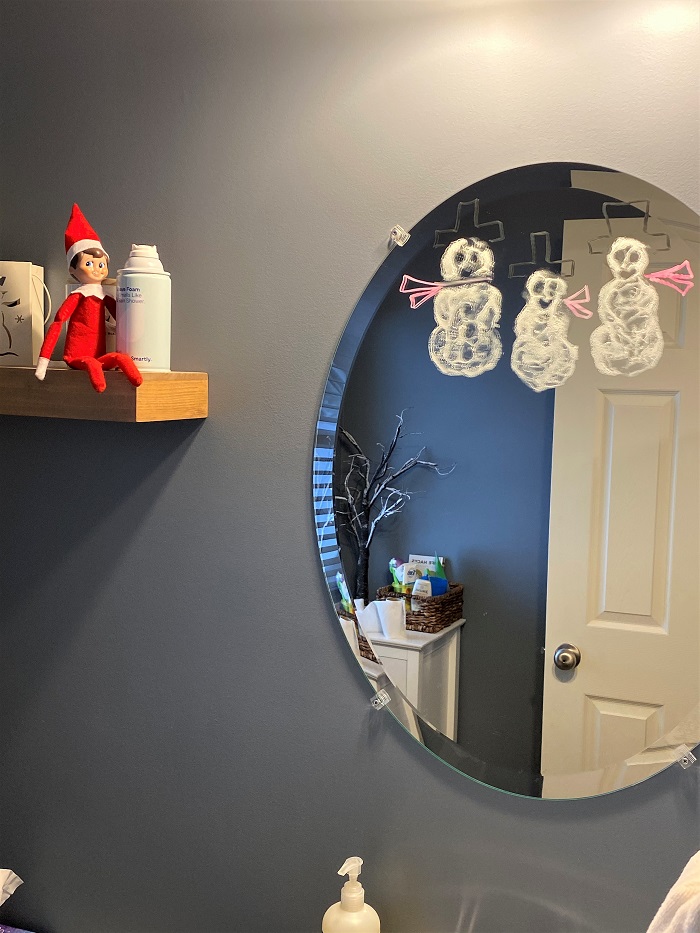 I’ve been having a little fun this year…we’ll see how long it lasts before he just “flies” from one room in the house to another…!

4. Two ingredient bagels made their way back into our house recently. 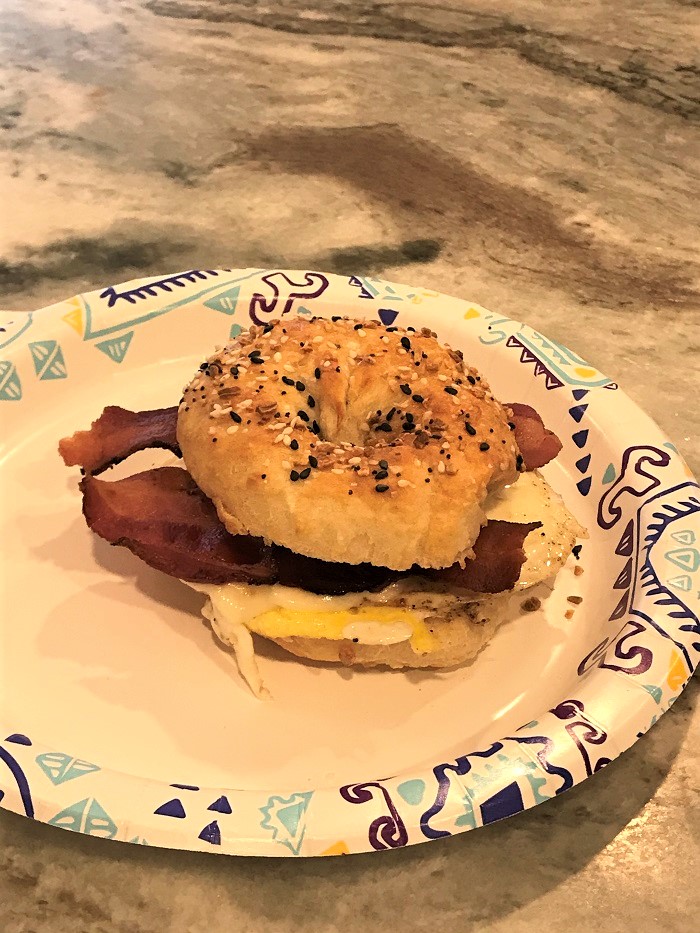 And not only that, BUT, we used our air fryer to cook them. Whoa baby. SO GOOD.

5. So Jay isn’t a huge fan of the holidays, especially after his dad passed on Christmas Eve a few years ago. Regardless, he always tries so hard for the sake of the boys to keep up on the holiday spirit. So this year, I got him some extra “spirits” to help him through the season… 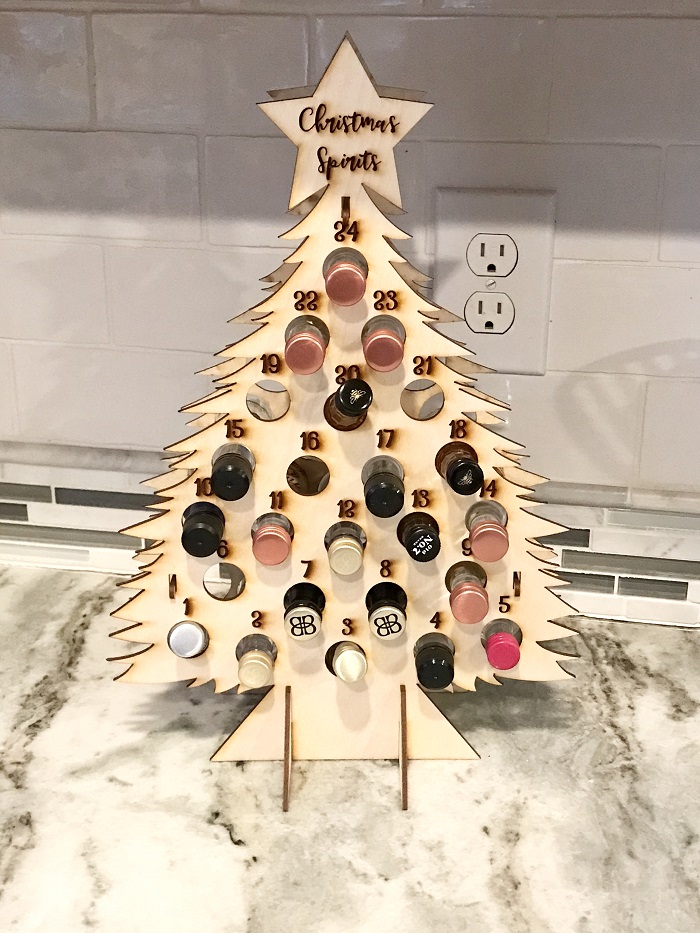 Isn’t it so cute?? I purchased the tree from Franny’s Farmhouse DIY Craft Parties, then filled it up with some of his favorites. ‘Tis the season!

6. When I was a kid, I can remember two distinct things after coming in from playing outside in the snow. First, for whatever reason, I always loved the way my hat hair looked (go figure, since it’s not cute anymore!). Second, I allllways looked forward to my mom making us some hot chocolate…with lots of mini marshmallows on top, of course. Or fluff! 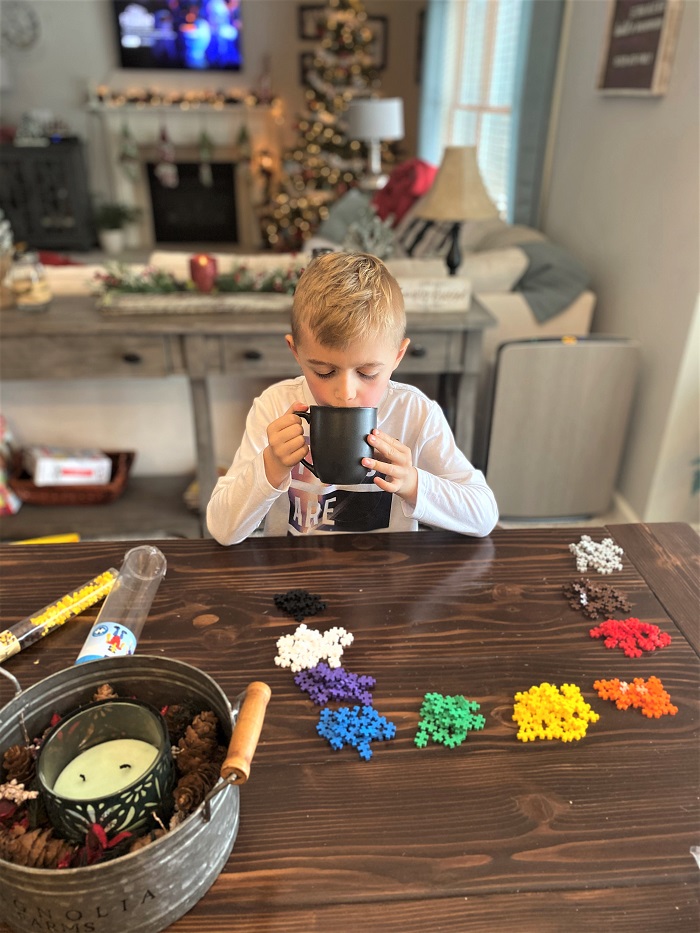 I’ve been loving being able to do the same now for Lucas : )

7. How’s everyone doing on their holiday shopping? I’m actually feeling pretty good about where we’re at so far, and mayyy possibly try to finish up most of it this weekend. I’ll tell ya though…the number of Amazon boxes that have made their way to our front porch over the past couple of weeks is scary. Yesterday alone we had 4 separate packages. 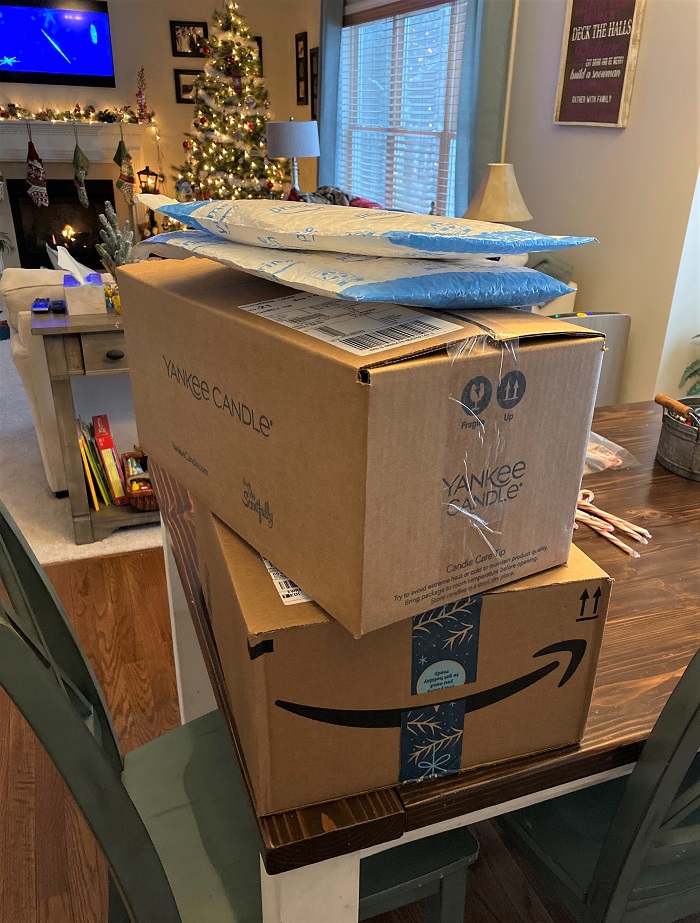 Alright friends, I’m out for today! I wish you all a fabulous Friday and a wonderful weekend ahead, whatever you may be doing <3