Well THAT was a fast weekend. Anyone else?

Granted, it probably had something to do with the fact that we were lucky enough to have all sorts of fun with friends on both Saturday and Sunday. Time flies when… ; )

Also fun was the way I was able to start out my Saturday, which included a solo trip out for grocery shopping. 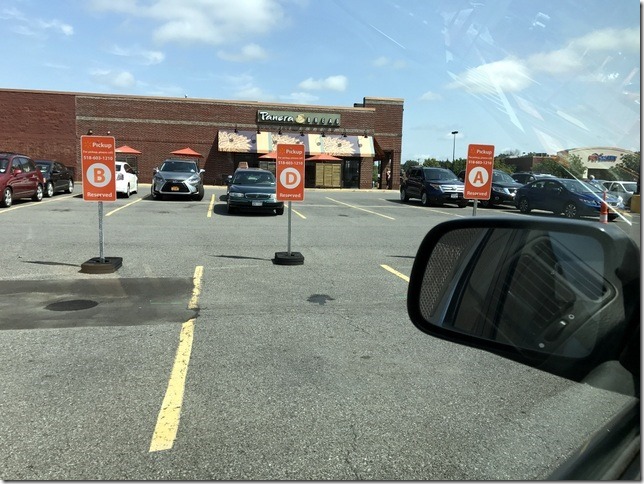 BUT, since I utilized Walmart’s grocery pickup again (I ordered the night before), I literally just had to check in, have my groceries brought to me, and packed up the car. 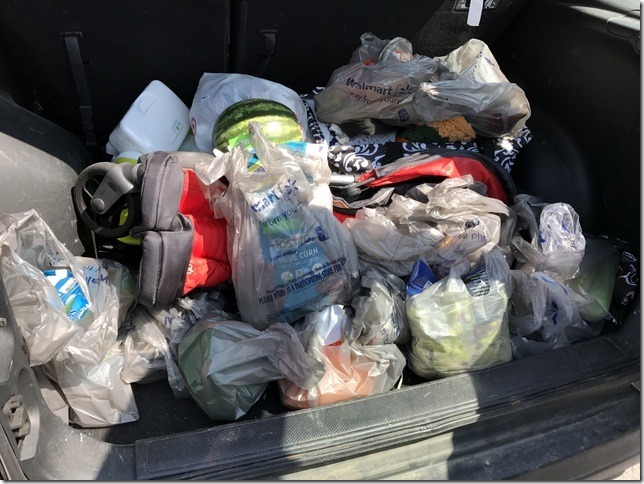 The one thing I don’t like about the pickup is that it’s hard to use your own bags AND, for whatever reason, they tend to only put like 1-2 items in each bag (as opposed to me who loads ‘em up until they’re ready to break).

But really, I can’t complain because since my “grocery shopping” was going to be done in about 5 minutes, that left some extra time for a little pedicure. 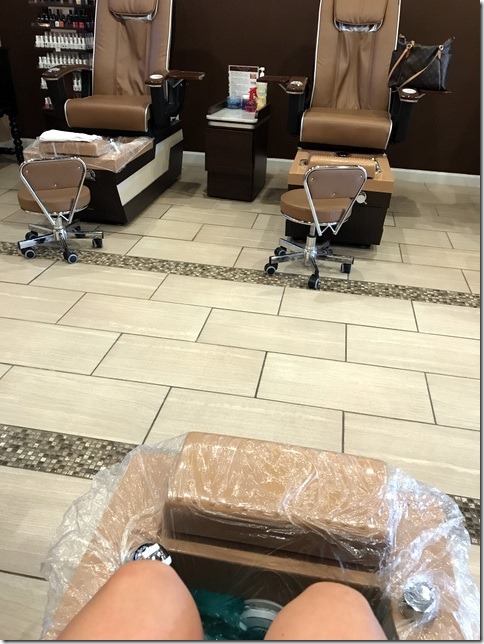 Maybe it was because it had been quite a while, but man, that was one of the best pedi’s I’ve had in a long time (for the locals, Venus Nail Spa in North Greenbush is GREAT).

Shortly after I got home, Alex was up from his nap and it was time to head out for Lucas’s buddy Kaura’s birthday party. 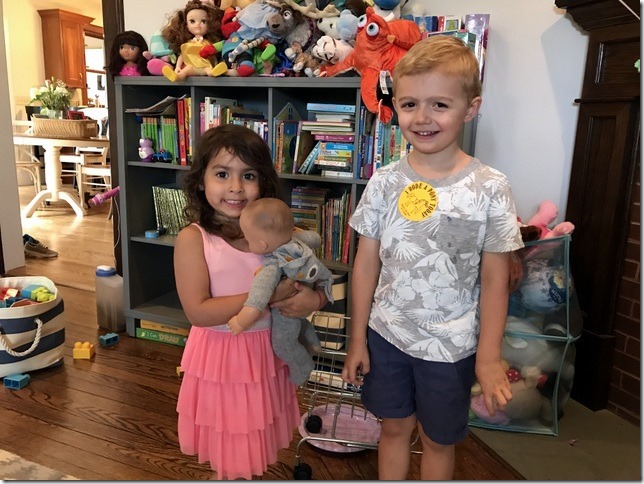 As usual, our friends Kanika and Shaheen put together a fabulous party, which even included farm animals and pony rides this year! 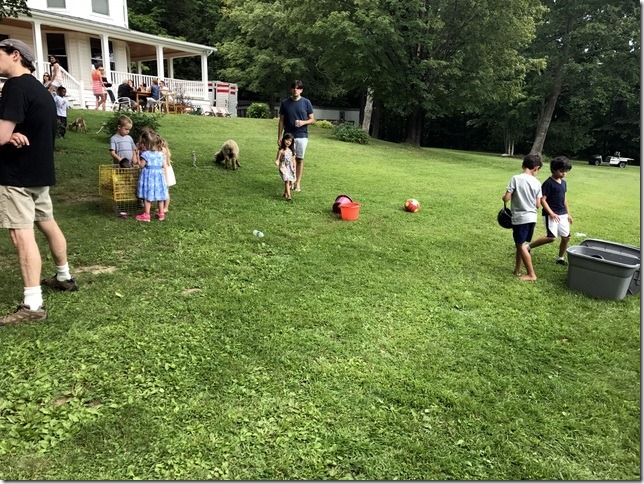 My kid wanted zero to do with the horses, but he was quite intrigued by the baby chicks. 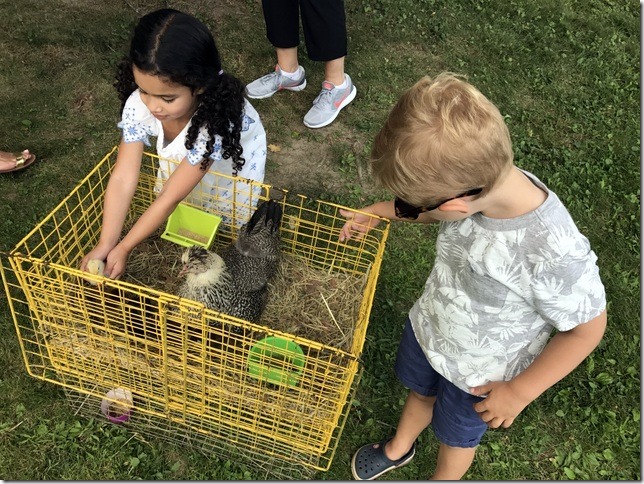 Other than that, if you needed to find my two, they were likely playing on the slides or swings. 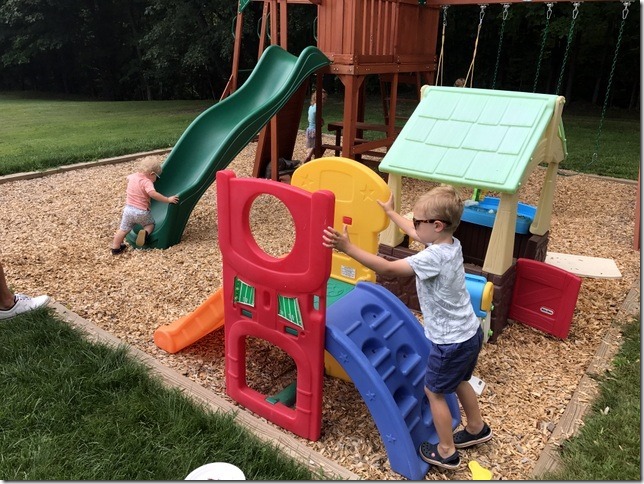 They had some delicious food, too, including the return of the incredible pizza truck, and the most delicious salad (which appears to have goat cheese, pecans, and dried cranberries…YUM!). 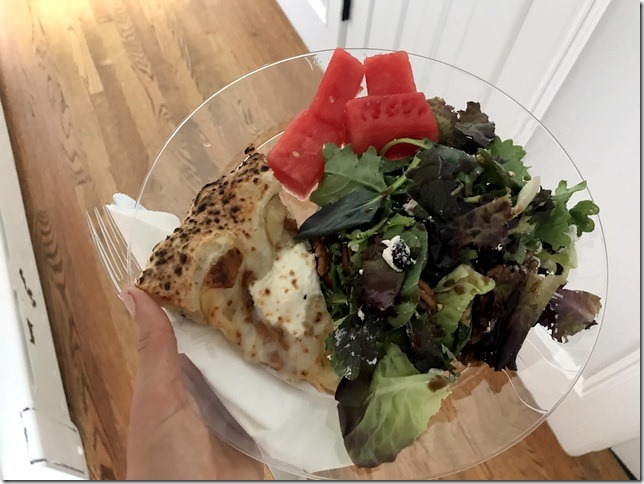 After the party, we headed back home and spent the majority of the evening playing outside (and if you saw my Instagram stories, you likely saw that already!). Gotta take advantage of these summer nights while they’re still around, right? 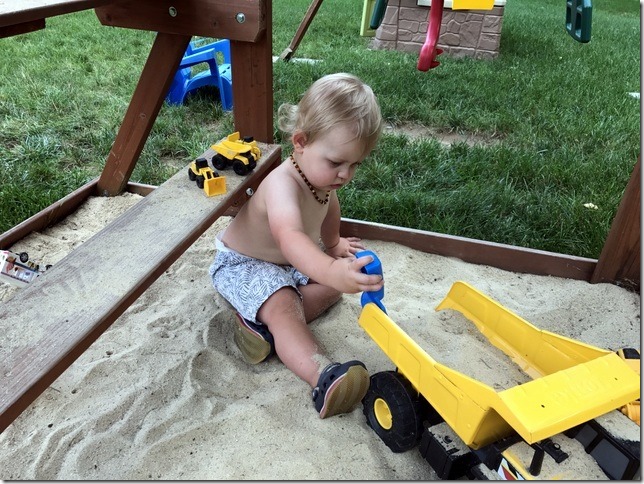 Because I still can’t even get past the fact that we’re already mid-way through August. UGH.

On Sunday, I had another early start thanks to a toddler who is apparently liking 6am wakeup calls at the moment. So Lucas and I got up, I enjoyed a cup of coffee, he had breakfast, then we headed to the basement for a workout (he joined in here and there in between playing, as usual).

Shortly after, Jay was also up (Alex was still sleeping) and offered to make me some bacon and eggs for breakfast…YES, please!

I enjoyed breakfast while working on some projects on my To-Do list for my Usborne Books business, and finally at around 9:45am (?!?!) Alex was up. Seriously.

A little while later, I showered and got ready for the day quick, and then Alex and I took a quick trip over to Staples to pick up an order I’d placed earlier. I’ve been working for a while on putting together some stuff for the girls that are on my Usborne team, and I’m excited to start getting those out soon!

And that entire morning went undocumented because I have no idea where my phone was, so you’ll have to take my word for it. ; )

Around lunch time, we had our friends Joe, Kate, and their daughter Samantha over for lunch! They brought the entire spread, too, which was quite a treat…salad, burgers, and grilled chicken kebabs. SO good. 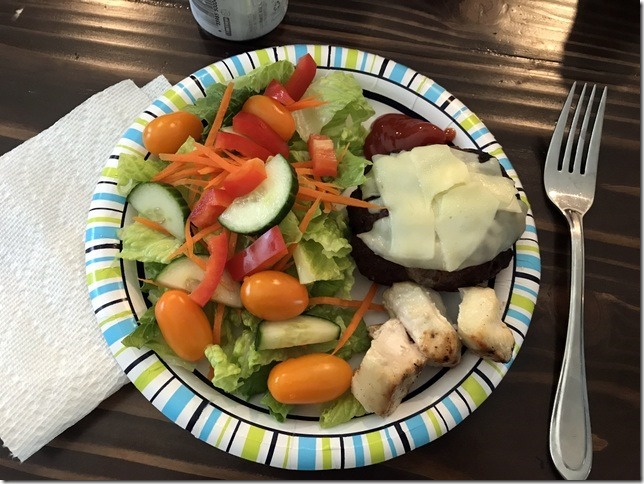 AND, they even brought a surprise lunch for Samantha and Lucas, which was a huge hit. 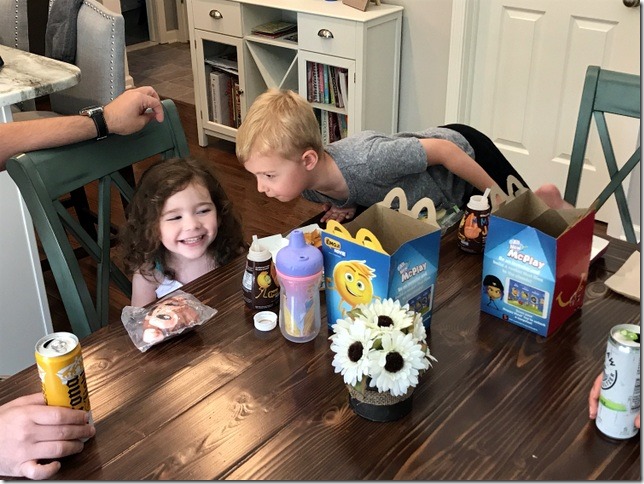 The kids had a great time playing, and the parents had an even better time catching up and enjoying a few daytime beverages. 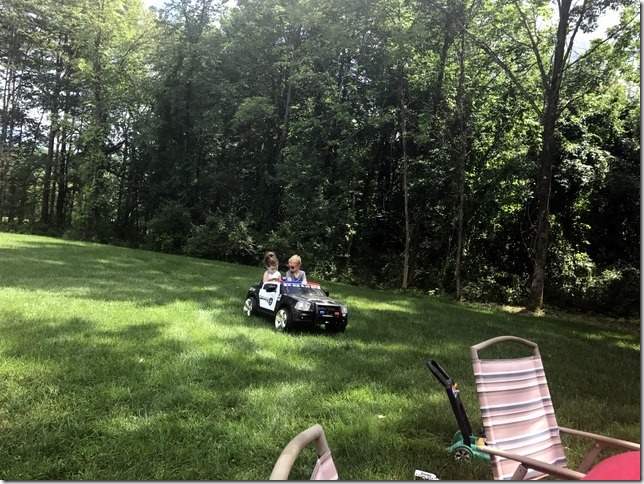 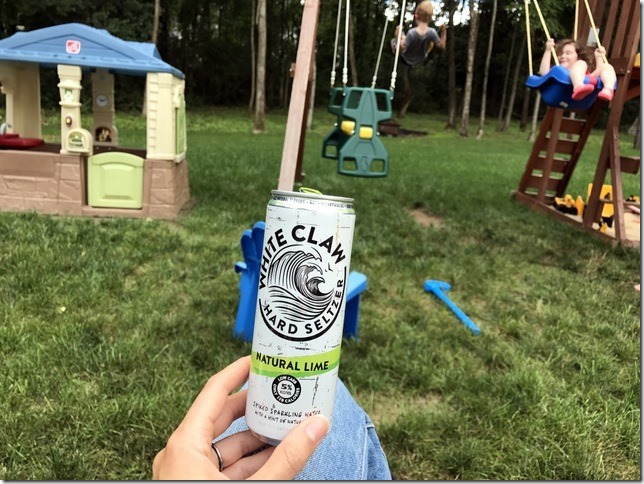 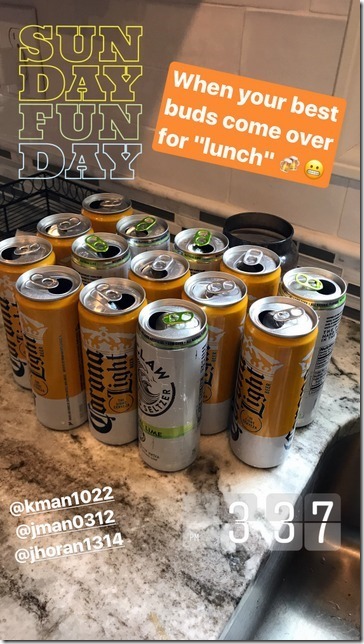 It’s always such a great time with those guys <3

So much so, that our “lunch” later turned into takeout Chinese for dinner, and them heading home shortly before 8pm. 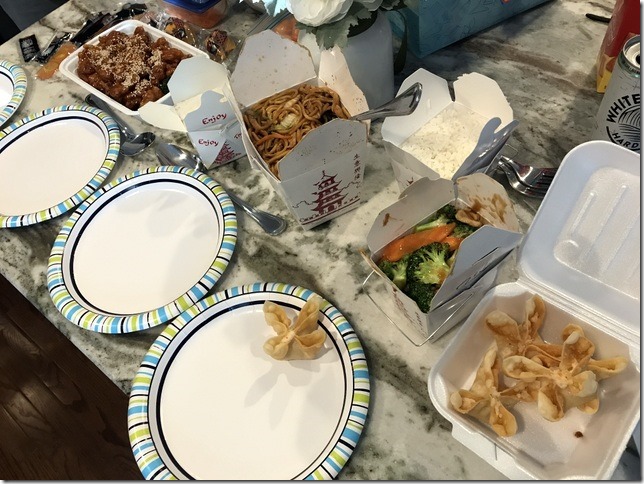 So now here I am, living room is back in order, dishes are cleaned up (thank you, paper plates, for easy cleanup!), and I’ve got this post just about ready to wrap up for today!

I hope you all had a fabulous weekend! What was on the agenda? Do anything fun or exciting??