We’re back to the germs over here, once again. Colds with runny noses and coughs for both boys, and a case of strep throat for poor Alex… 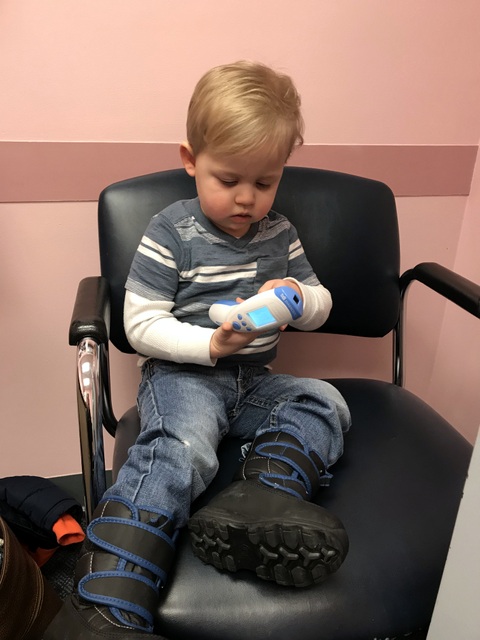 And, truthfully, I’m sort of freaking out about it. He was displaying NO signs of strep, but had a rash (which didn’t seem to bother him) for about four days on his back and belly, so I wound up bringing him in just to double check. I assumed they’d just say it was viral, but after talking about the situation with the strep infection in his toe in December, the doctor (his regular pediatrician was on vacation so we saw the other partner in the practice) thought it might be a good idea to do a strep test, just to check all the boxes. Sure enough…very positive strep test. Prescribed antibiotics for five days.

The doctor seemed concerned, considering Alex was displaying no other symptoms, and he said there could be a chance that he’s a carrier of strep. I had no idea this was even a thing, but he made it sound like it could be pretty complicated and said we may wind up having to get back in touch with the infectious disease doctors.

Of course, I spent all weekend googling (aka, the worst thing I could do) and now I’m just counting down the days until we go back on Thursday for a follow up. I’m just really unsettled about it all. I’ve been nervous ever since his toe infection that, somehow, the strep wasn’t going to be fully cleared, but I’m just going to hope it’s all just a fluke. And if it’s not, I’m hoping it’s not as serious as I’m making it out to be in my head.

After getting back home from the doctor on Friday, I cried. Then I drank beer. 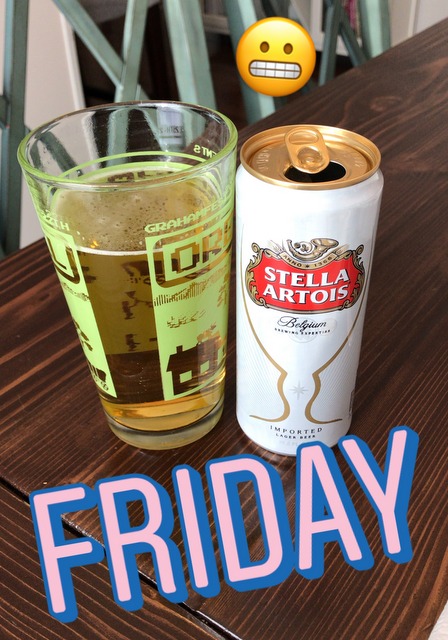 That helped a little.

Considering the germs we’re currently sporting, that left the weekend pretty low-key for us, but we still had some fun. My parents stopped by for a bit and my mom gave the boys some haircuts. 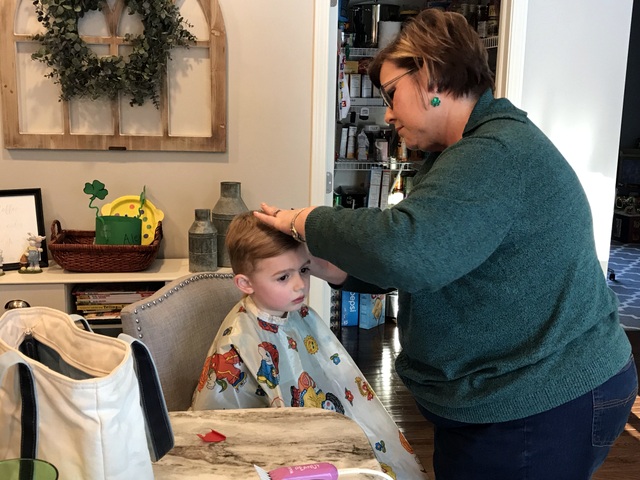 Gotta love a traveling hairdresser, right?! Moms are the best.

I also convinced Jay to go couch shopping, and we brought the boys with us. Clearly, they were excited. 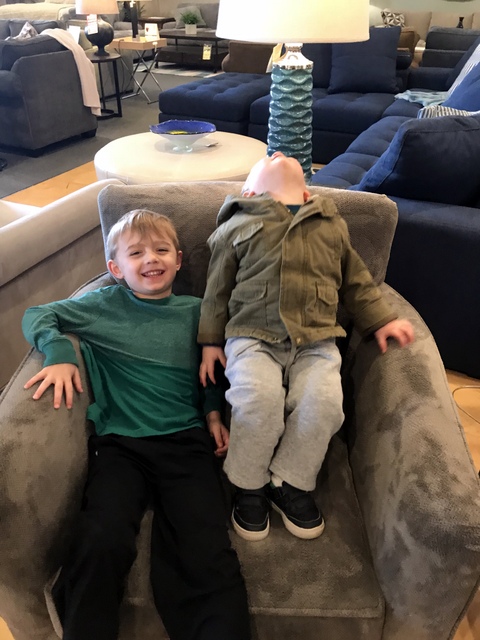 But I’m suuuuper pumped because we wound up buying a new couch for our living room!! Is that sad?

It’s going to be very similar to the couch we’re sitting on here, slightly different color. 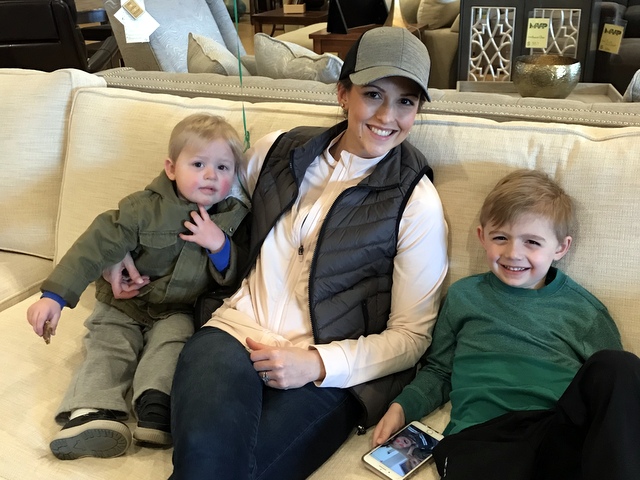 I truly never thought I would be brave enough to buy a lighter colored couch with these two, so let’s hope it wasn’t a bad decision. Either that, or let’s just hope the protection plan we added on holds up to its promises. ; ) Because I think it’s going go look soo pretty!

We didn’t do anything too festive for St. Patrick’s Day (things have certainly changed from our “kegs and eggs” days!!), but the boys did get some green balloons from the salesman at the furniture store, so they were happy with that. I very briefly considered pretending the leprechaun came to visit our house, but then I realized it’d be a full on commitment from here on out, so I nixed that one with no regrets! : )

Hope you guys are all having a good start to the week!