Hey guys! I’m just popping in quick today because, to put it frankly, our weekend was kinda crappy. Lucas’s cold remained for the entire weekend, and starting on Friday, I was greeted with the same thing. So between the two of us, I’m pretty sure we used enough tissues for all of us. Ugh.

With the exception of a quick trip to the grocery store on Saturday, I didn’t leave the house for the rest of the weekend. So the remainder of it was pretty much spent wiping someone elses boogers or trying to get rid of my own boogers.

I was able to get some food prep done on Sunday (nothing too crazy, made some salad bases, cooked Lucas some pasta, made banana muffins, and a few other odds and ends) so that was nice. Oh, and Lucas actually did pretty well with the time change so that would have been really nice if I had actually slept the night before. Instead, I was up using my nebulizer so I could actually breathe. Ay yi yi.

So before this gets into too much of a Debbie Downer of a post, let’s focus on the one positive of the weekend, and that was seeing Lucas in his Halloween costume. I was absolutely SHOCKED that he not only wore it, but also managed to make it to about six houses to trick-or-treat before having his inevitable meltdown. 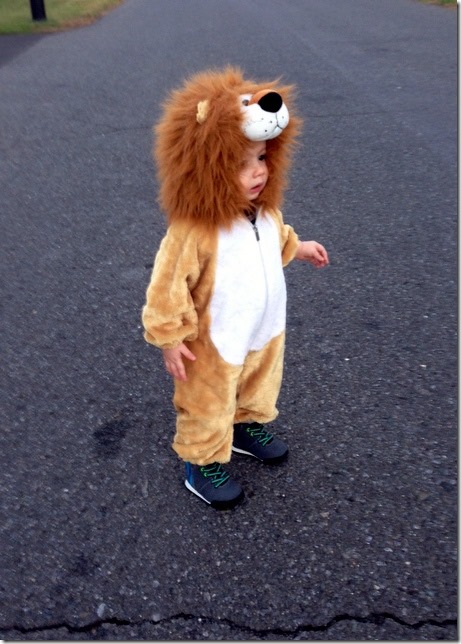 I meant to paint his nose black but considering we were wiping boogers from it every few minutes, I decided against it. 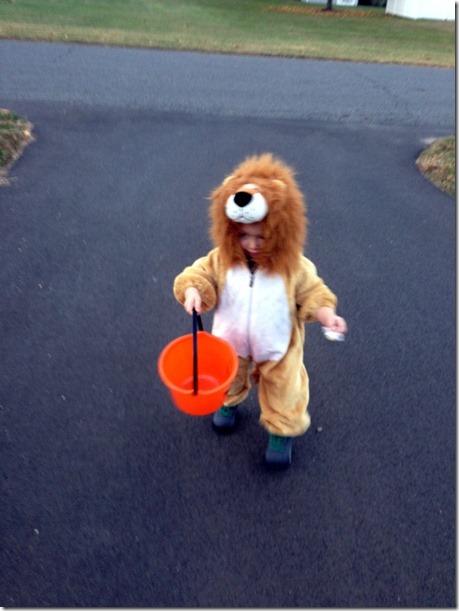 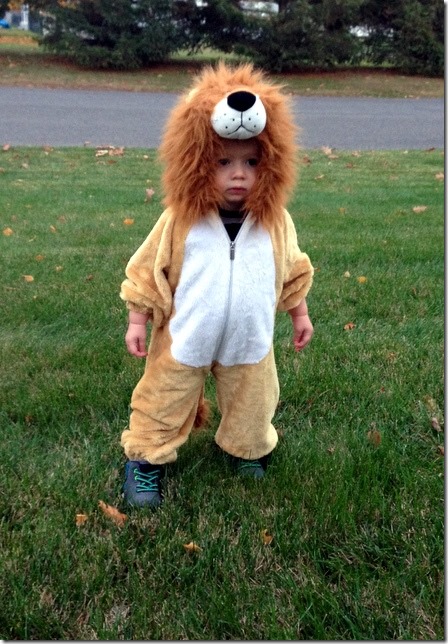 He was in awe of the flashing lights and music coming from the house he’s staring at in these two pictures. It took is probably five minutes to slowly walk up their driveway because he watching so intently. 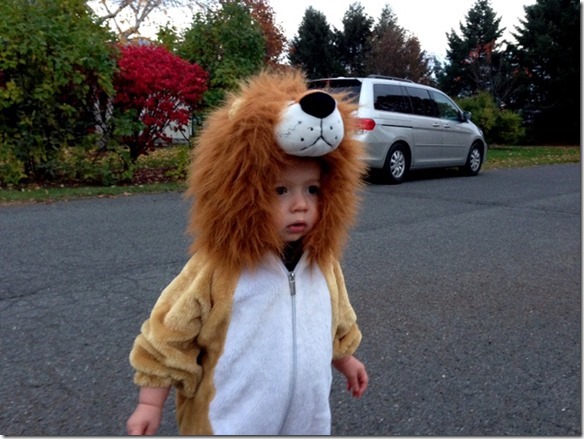 We were supposed to go to our friend’s house (Brook and Andrea) Friday night for Halloween, but since this guy was a bit under the weather and Jay was also stuck at home with a migraine, I kept it simple and just brought him to my parents’ neighborhood for a quick trip.

Once we made it back home, I put my little lion to bed and Jay and I sat down to our DVR and some pizza and wings. 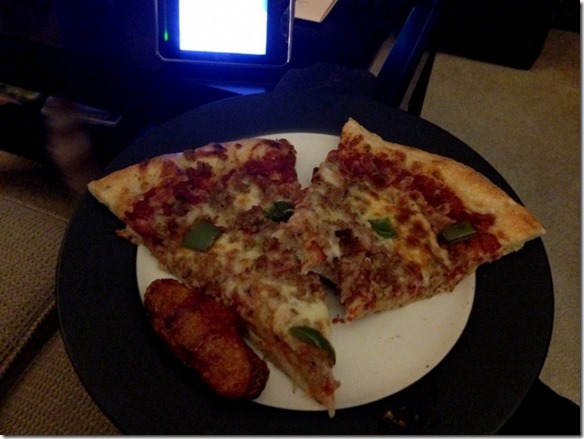 I’m pretty sure it tasted good…but then again, I really couldn’t taste much of anything all weekend.

So that’s all I’ve really got for ya today, my friends. Hopefully you all had a great weekend! I’m not sure how often I’ll get a chance to check in this week since we’ve got a few things going on, but I guess we’ll just say…I’ll see ya when I see ya.

Thanks for all the entries on the NatureBox giveaway! Congrats to the lucky winners…

All of the pretzals varieties they have, yum!

Oh! I’ve seen the Nature Box products on several other HL blogs…and am definitely interested in trying this stuff out! If I were to win this Giveaway, I’d want to try the: Apple Pie Oat Clusters, Coffee Kettle Popcorn, the Blueberry Nom-Noms, and/or the Flax Crostini Bites. There’s just so many yummy-looking things to choose from!
I hope I win!

Oh man…ever since you told us about the trail mix at Target, I have to say that I fully trust your choice in trail mixes…so I would love to try the Mighty Mix…it would be even more convenient if the packages were to arrive before my Disneyland trip next month

Good morning Courtney: You had me sold on this!!! I already put in for my “free trial” of it..The items look really good..can’t wait to get my trial box!!! Thanks for posting it.

Email me at sweettoothcourtney at gmail dot com so I can get you all set up with your new Natureboxes!