HAPpyyyy New Year!!! I know it was technically yesterday, but I guess you could say that I like to prolong my celebrations a bit. And, as promised, I also told you all I’d fill you in a bit on our New Year’s Eve. 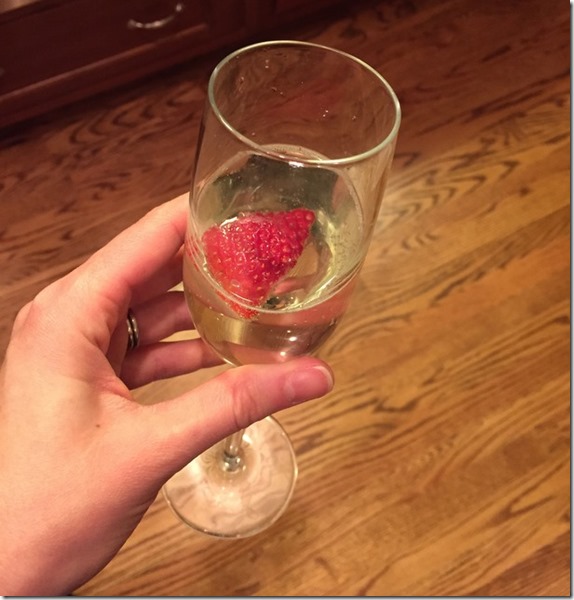 Yes, there was champagne. Quite a bit of it, actually. And my, oh my, was it delicious. And even better because it was consumed with some great friends! 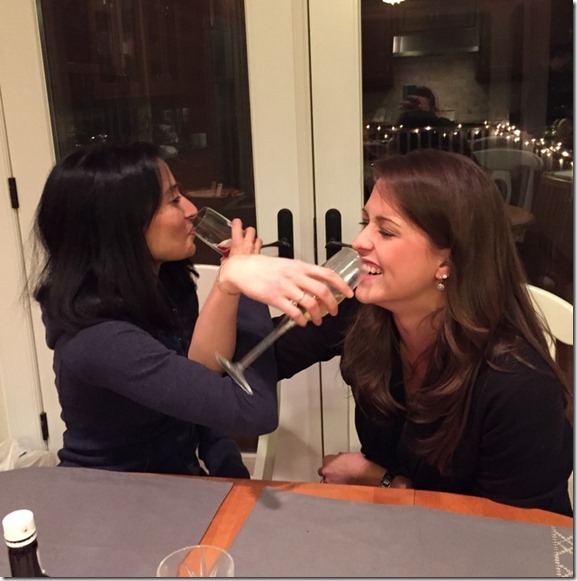 All month long, Jay and I had just assumed we’d be laying low at home on NYE. Both sets of our parents typically like to go out and do something and we didn’t really feel like going “out” anywhere, so we planned on an evening at home. Then I got talking with my friend, Kanika, the other day, and she was telling me how her and Shaheen were planning on doing the same thing. One thing led to another and we said, hey, why don’t we just all lay low together!

So we headed over there around 6ish on NYE, and thanks to Lucas actually taking an afternoon nap, it gave us a little extra time for him to be able to play with his buddy, Kaura. 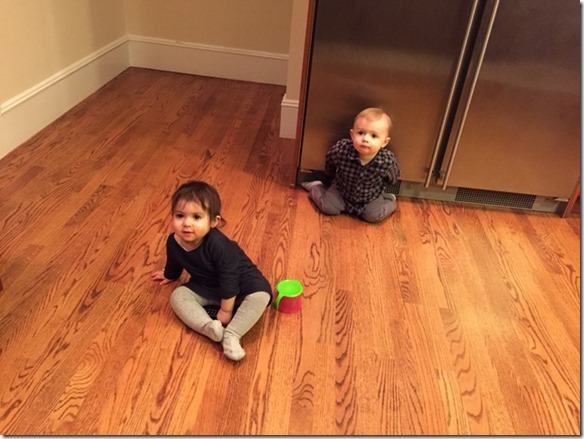 We all like to joke because even though they know and see the other one around, they really have no interest in actually playing together yet. A couple high-fives and clapping was pretty much the closest we got them to interact. Some day, you two. Some day! 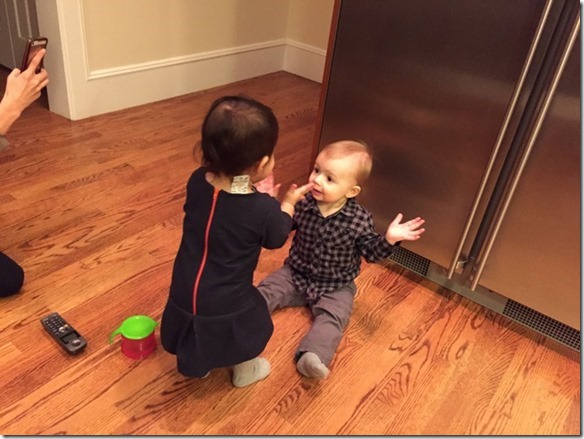 While the kiddos played, the adults enjoyed a couple of snacks, including a spinach artichoke dip that I threw together shortly before we left the house. Good thing I had ingredients on hand! 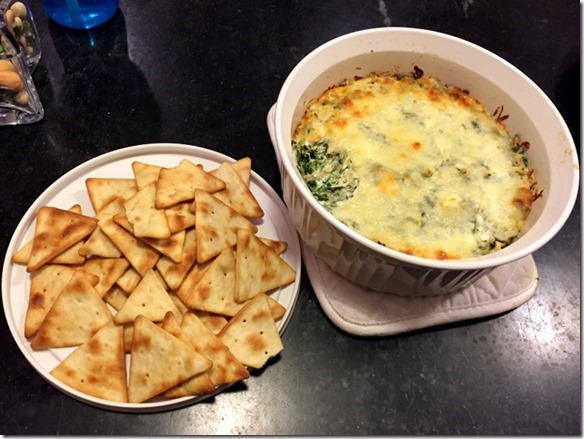 As it got closer to bed time for the babes, we gave them a quick tubby to wind down. Thankfully, there were no tears like the last time they got in water together. 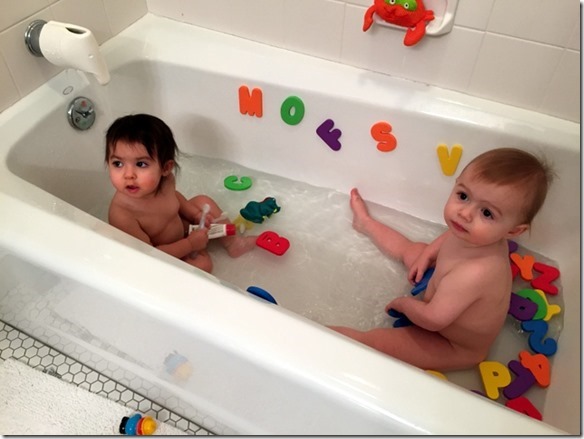 Once the kiddos were asleep, the adults sat down to have a real dinner, and it was deeee-lish. 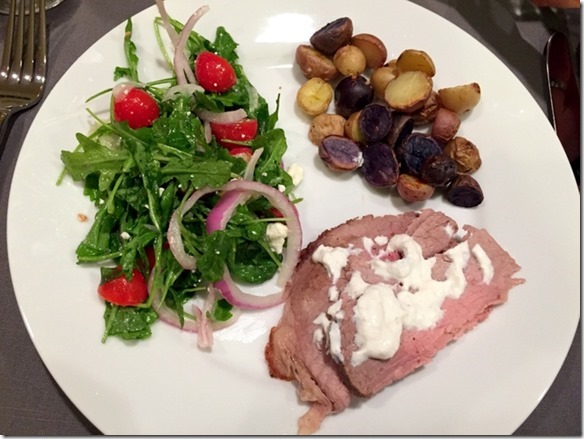 Eye round roast with a horseradish sauce, roasted garlic potatoes, and salad. Amazing!

The four of us had a great time just sitting around the table, chatting, laughing, and consuming more champagne. 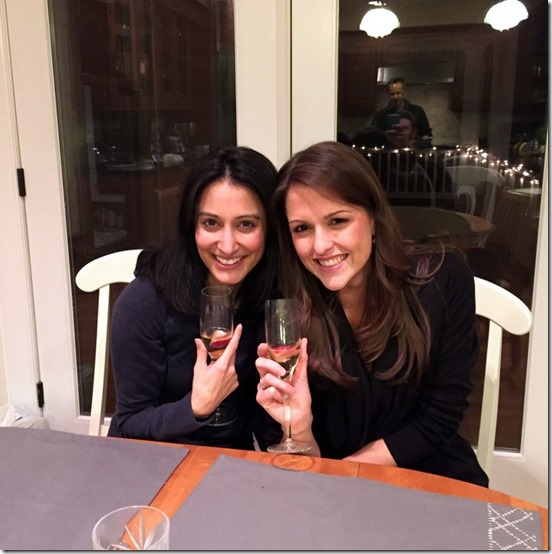 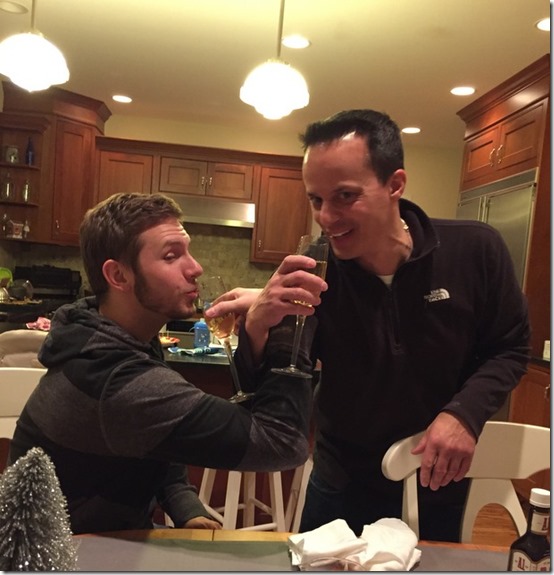 And then…there was dessert. 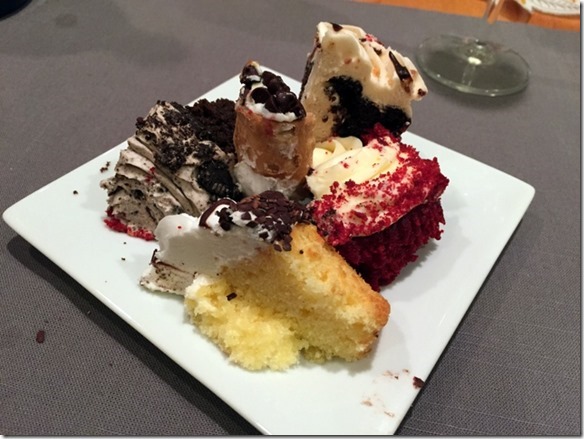 Kanika quickly picked up an assortment of cupcakes from The Fresh Market, so we quartered them all and shared. Don’t be fooled…I ate every last bite off that plate.

And then she shared some of her freakin’ delicious Jeni’s ice cream. 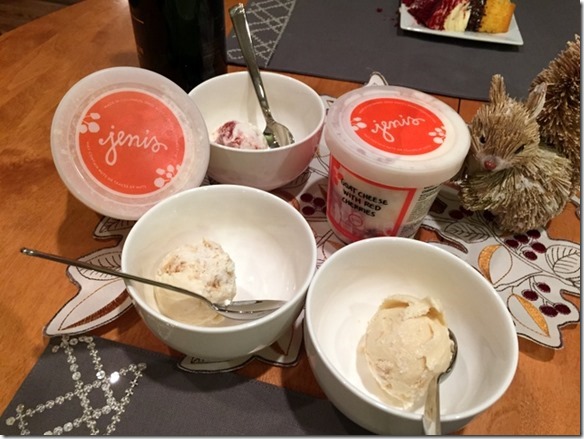 I’d heard of Jeni’s before (I think because I follow them on Instagram, actually), and was aware that they have some crazy, outrageous flavor combos. Here were the two that they already had on hand… 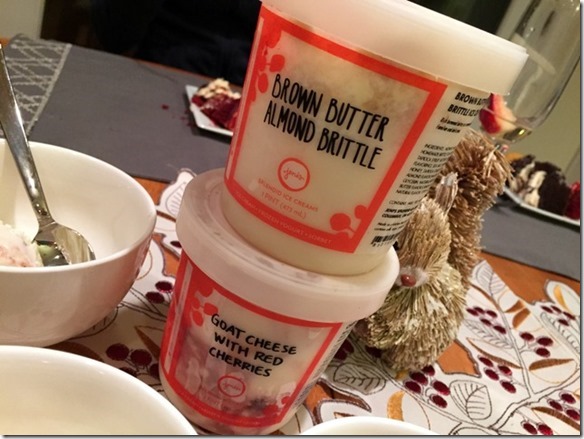 And I will say that the Goat Cheese with Red Cherries was out. of. this. world. Tasted just like cheesecake. SO good!

By the time we finished dessert, we realized it was heading for 11pm, so we gathered up the baby monitors and our glasses, and hit the couches to watch Pitbull, Seacrest, and whoever else was on hosting the countdowns this year. 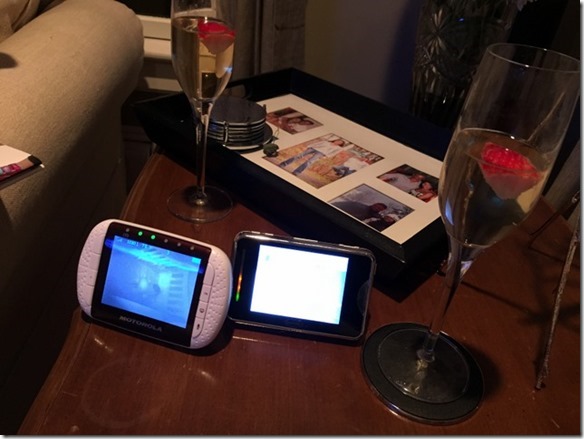 Once midnight hit, I was more than ready hit the sack (I was shocked I even made it that late!), so we called it a night and headed to bed (we stayed over at their place for the night). It was such a good time, especially for having been thrown together so last minute!

Now, I’m super excited today not only because we’ve already made it to Friday, but ALSO because today is our 5 Year Wedding Anniversary. <3 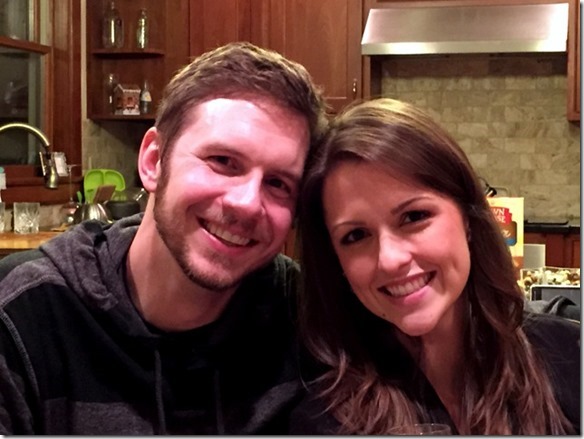 So in honor of it being a Friday where there’s typically a fun facts post, how about we do a 5 Fun Facts, Anniversary Edition?!

1. The first time I actually met Jay was at a birthday party at a firehouse. I was a sophomore in high school (he was a junior), and I knew that he had just been dumped by a girl from my school (a friend of mine, actually). Womp womp. I saw him standing outside, so I went up to him, said I was sorry for what happened, asked if he was okay, and said that things will get better. I don’t think we exchanged much more than that, but boy, things sure turned out better for him, AMIRIGHT?!

2. Our first real “date” was a group date at a bowling alley. We shared our first kiss behind the scorekeeper stand/thingy, and Jay’s buddy poured soda down his shirt during it. Props to him for never even flinching…I would have never known!

4. When we were still in high school, I really thought we’d wind up getting married shortly after we graduated. Former friends of ours at the time got married young, and I think we both sort of assumed we’d follow suit. I’m glad that we waited as long as we did, because we still had a lot of growing up to do.

5. I asked Jay about 10 times yesterday to give me a “fun fact about us” to add to the list, and every time, he came up empty handed. So I debated on coming up with a fun fact to really bust his balls. Then I thought about telling you all that I still can’t watch our wedding video without crying within the first 2 minutes of it starting (which I guess I just did anyways, so there’s that), but I’ve decided to just end on a sappy note. So here it is:

I love that man so darn much. I cannot imagine a life without him, nor would I want to, and I love being able to call him not only my husband, but the father to our child.

Thanks for putting up with me all of these years, Jay Horan. <3

« Not All or Nothing
Anniversary Celebrations and Lucas Starts Soccer »