If there’s one way I could sum up this weekend, that would have to be it. We made progress outside, in the basement, in the nursery, and more. It feels so good to be productive sometimes, but man, one of these weekends we could really use for just lounging!

Saturday morning started off early with a visit from my dad. My dad has a serious thing for “pruning.” Like, he can’t get enough of it! So when Jay mentioned that he could use some help with starting to clear out some more of the trees and brush in the backyard, he was more than ready to come help with his chainsaw. 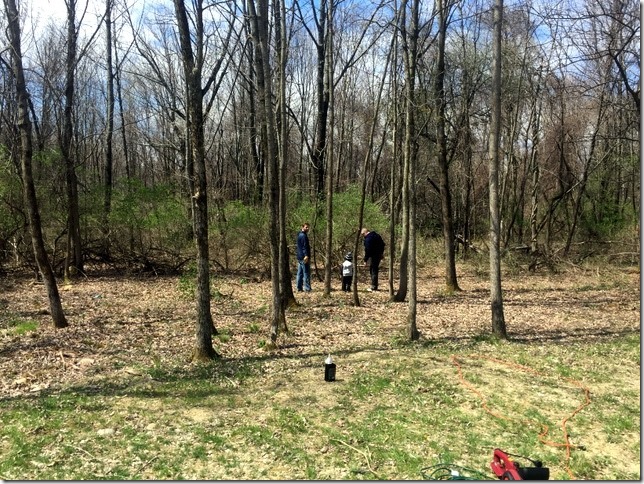 So the two of them were hard at work all morning, and then my mom came over a little while later bearing gifts…my absolute favorite no-yeast homemade cinnamon rolls. 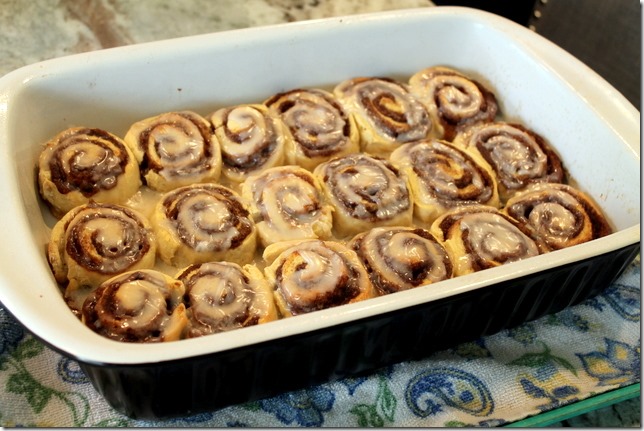 It was a beautifully sunny day but the breeze made it quite chilly, so we all kept bundled when we went outside to join the guys hard at work. 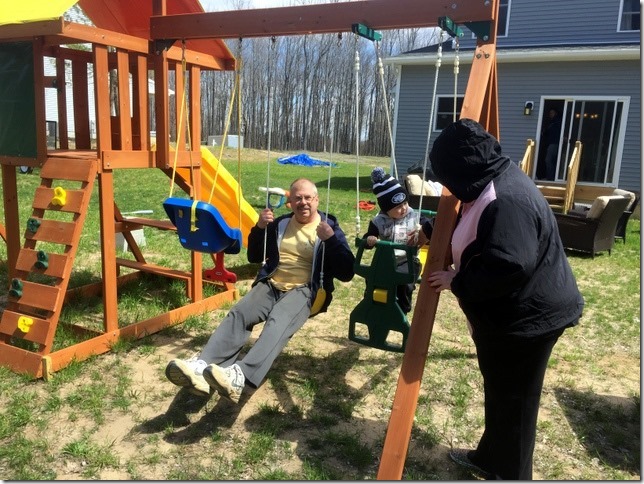 And hard at work they were! A few hours later, and they had three huge piles of brush cleared away and they even managed to get down a few decent sized trees. 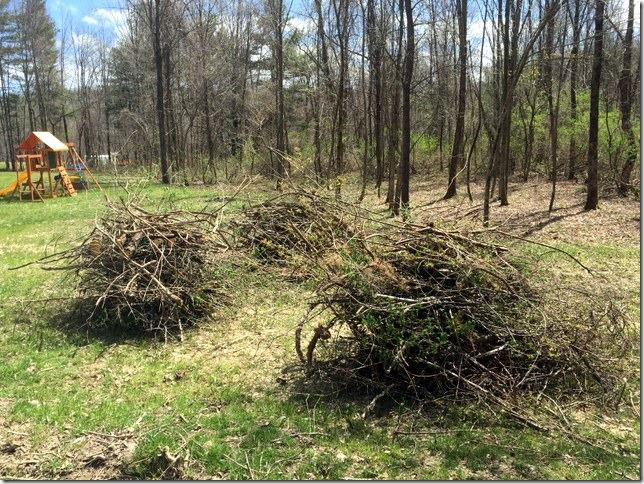 We still have quite a ways to go, but it’s certainly progress and it already makes SUCH a huge difference. I’m so excited! 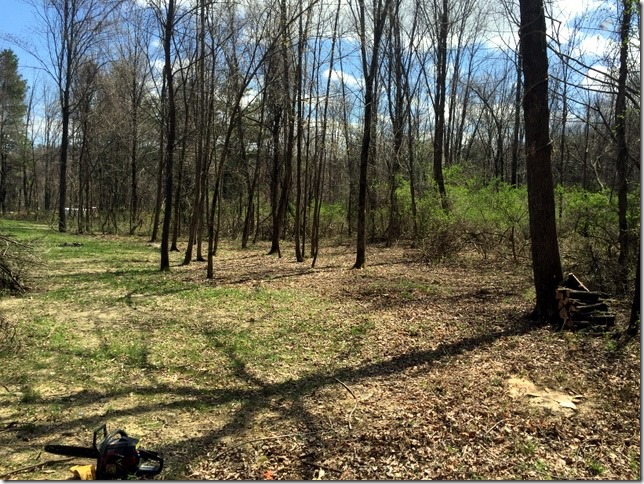 Once Lucas went down for his afternoon nap, Jay and I headed down to work a bit on the other big project in the house…the basement. And hey, check it out! I even managed to be useful and helped drill in some sheetrock. And it’s actually kinda fun when I do it right. 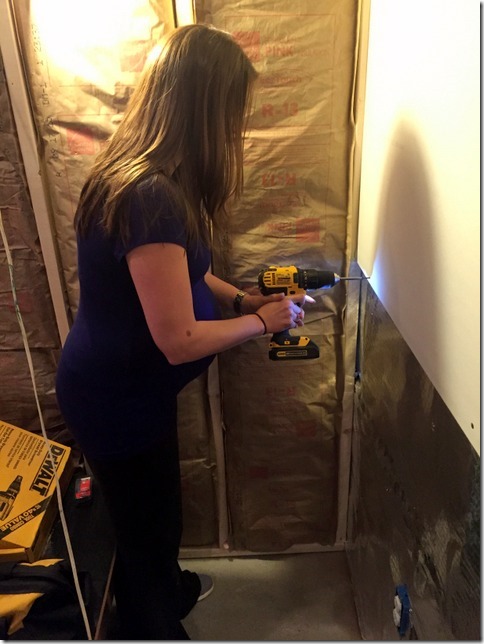 After a few more hours of help from our cousins Brian and Mike again on Sunday, here’s where we’re at…just a few more sheets of sheetrock to go, then it’s time to start mudding/taping and all that jazz. It’s really starting to take shape now! 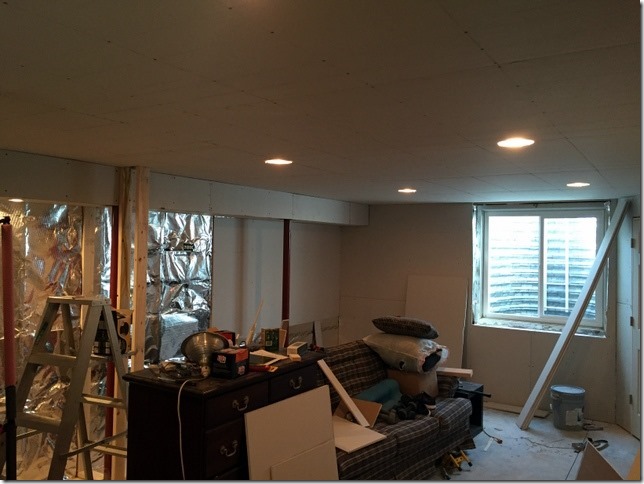 So on Saturday evening, the three of us headed out to meet up with some of Jay’s family on his dad’s side for dinner. There was quite a large group of us, with lots of kids, and it was really nice to see everyone. 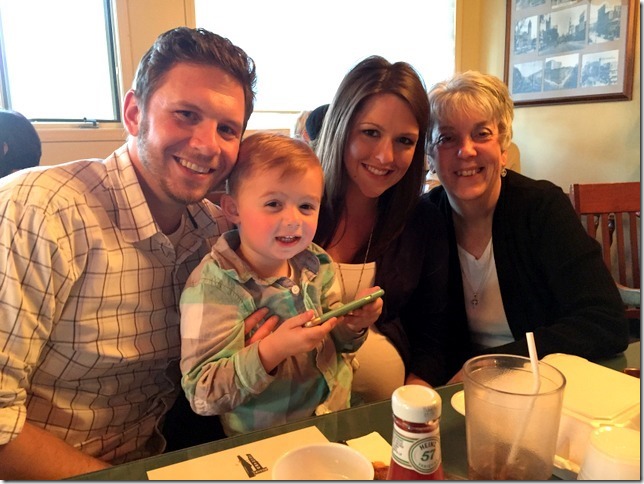 Not only that, but the pizza was delicious (for the locals, we went to The Orchard in Albany – a family favorite!). Jay and I both shared a chicken fajita and a buffalo chicken pizza (with plenty of leftovers to spare), and they were both totally awesome and loaded with chicken. 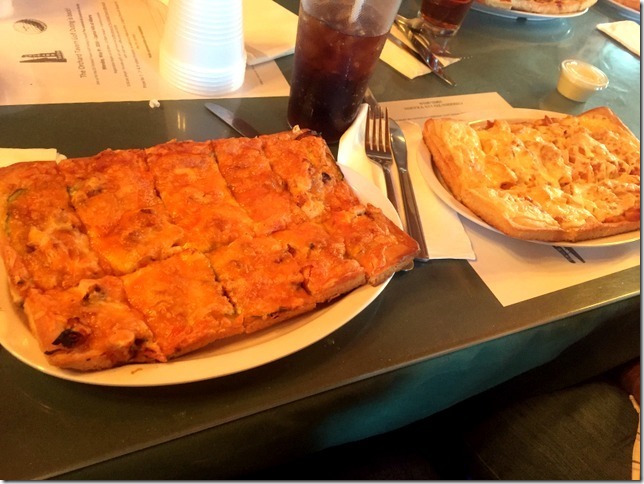 While we were all at dinner, a bunch of us got to talking about getting ice cream afterwards. I really wanted a soft serve orange and vanilla twist, but it was a little chilly out and there really wasn’t anywhere we would have passed that fit the bill. So instead, we did the next best thing and headed to Stewart’s for their ice cream. 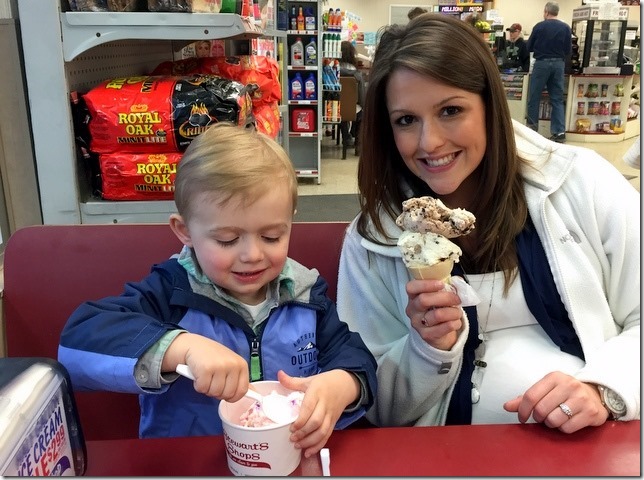 We all left as happy campers with full bellies. <3

Sunday was another busy day; Lucas and I headed out in the morning to Buy Buy Baby to get/exchange a couple of things for the nursery, and then took care of the weekly grocery shopping. He’s such a good shopping buddy these days! 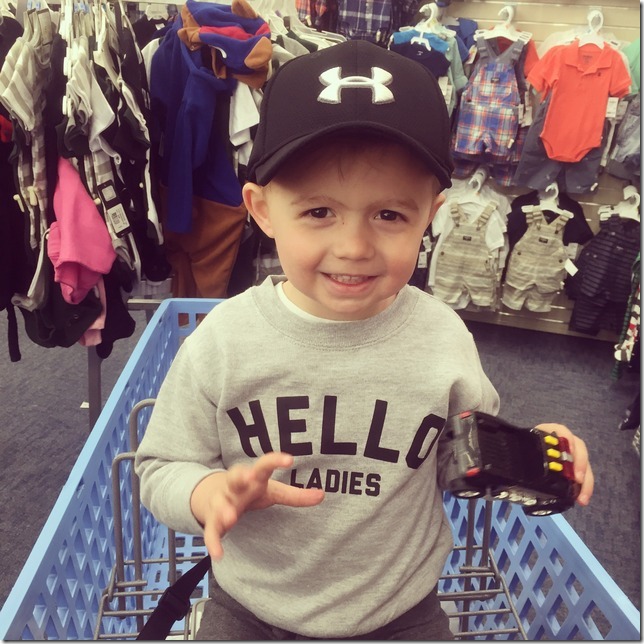 And I couldn’t resist leaving Buy Buy Baby without this adorable hat he picked out himself.

Jay spent almost the whole day working in the basement (he’s such a hard worker!), and Cody laid low looking miserable as ever with his cone of shame. 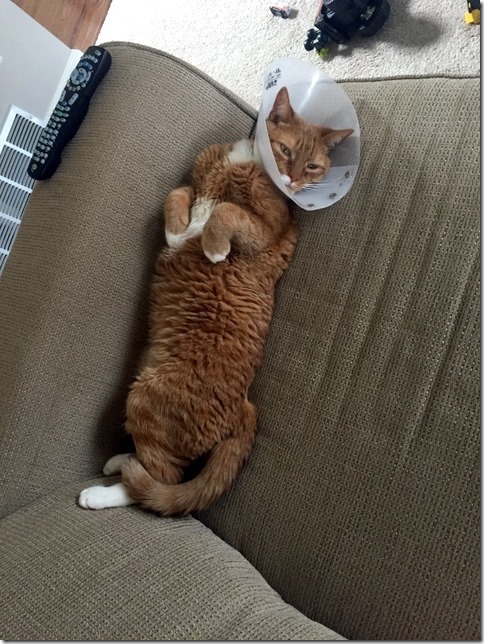 Good news is that it’s coming off today! I’m sure he’ll be much more thrilled with us, and life, once it’s gone.

And finally, I also got a few more things put together in the nursery! It’s not totally finished yet, but I’m definitely close. 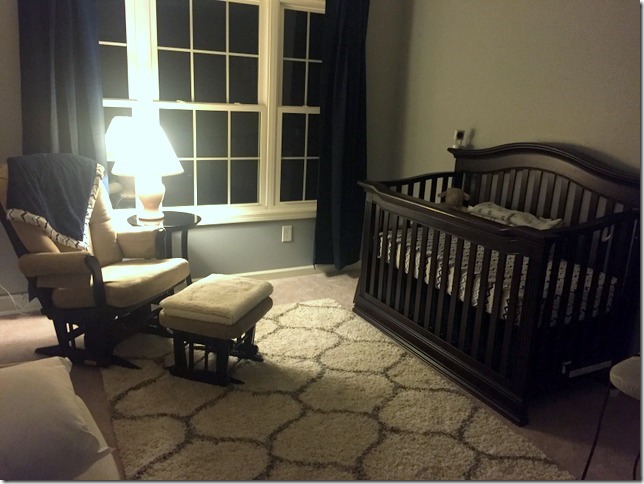 And that’s a wrap!

How about you guys? Do anything fun this weekend? What’s happening for the week ahead?