Hey hey! I’m coming at you all a little later than usual today, but what’s the saying? Better late than never, right?

Slowly but surely, I think Lucas and I are almost back to normal. Thank goodness for that! Thanks for all of the get-well’s, too…I’m sure they totally helped!

So yesterday afternoon after picking Lucas up from the sitter, we headed on over to our polling place so I could take care of my civic duty and VOTE. Much to my surprise, I was so excited to see that our polling place (a community center) actually had a playground behind it. Score! 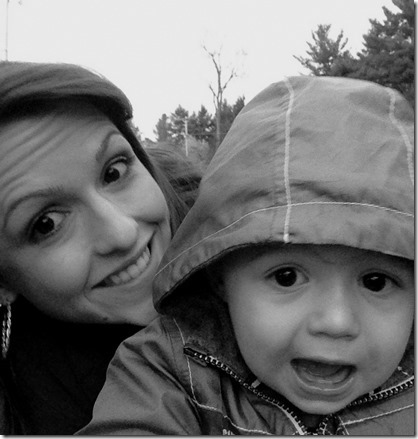 As soon as I casted my ballot, the two of us made our way to the playground and spent some time, well…playing. 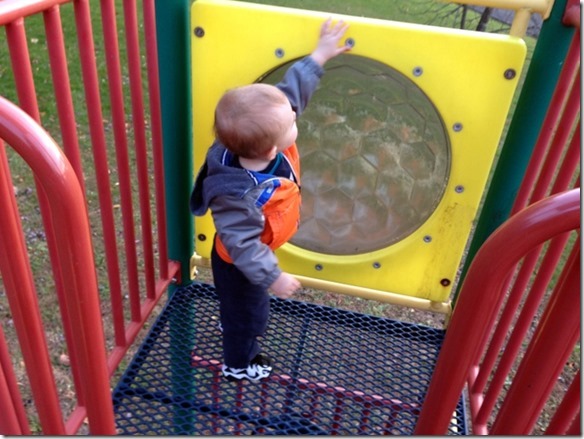 Thank goodness for these last few days of weather that have actually been wonderful for November. 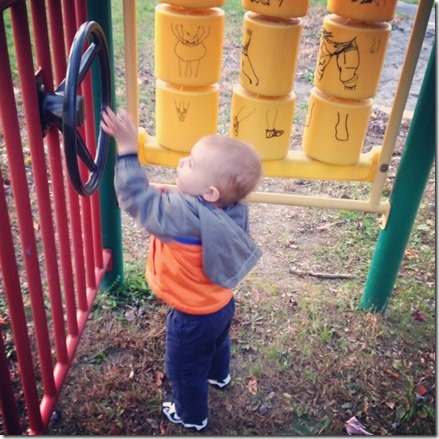 By the time we got home, it was definitely time for Lucas to have his dinner, yet he still wanted to play outside. Typically, I would have been more like “no, no, it’s dinner time!” But the kid was having so much fun, and the weather was so nice so I was like, you know what? Let’s play, kiddo!

Another 20 minutes later, and he was finally showing me he was hungry so we came inside and I quickly arranged a plate for him (sautéed black beans, rice, sweet potato, and avocado…he scarfed it ALL down like a champ). We also played a little of the frown game. We love this game.

(Sorry, the video uploaded super grainy and I was too lazy to look into it further. Also, don’t worry…Lucas doesn’t have any sort of crazy skin disease. He’s just a little red/raw from the constant boogers/wiping/drooling. Poor guy.)

Daddy got home a little later, so we all spent some time hanging out and playing around inside until it was bedtime. By the time we put him down (7:15pm), the two of us were more than ready for some dinner for ourselves, and there was ONE thing I had on the brain… 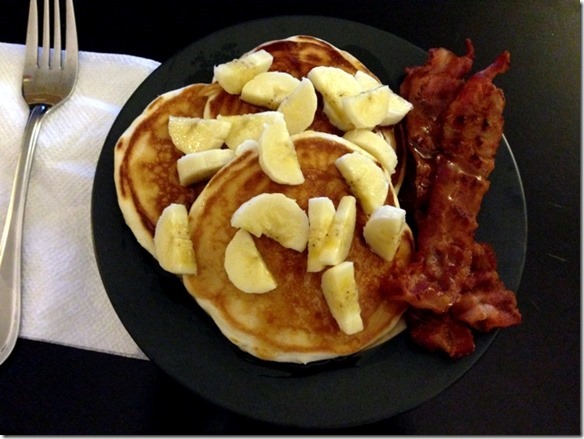 We had pancakes and bacon (omg, the bacon…Jay cooked it perfectly) and I topped mine with some sliced bananas and some organic pancake syrup that I recently received from Wholesome Sweeteners. 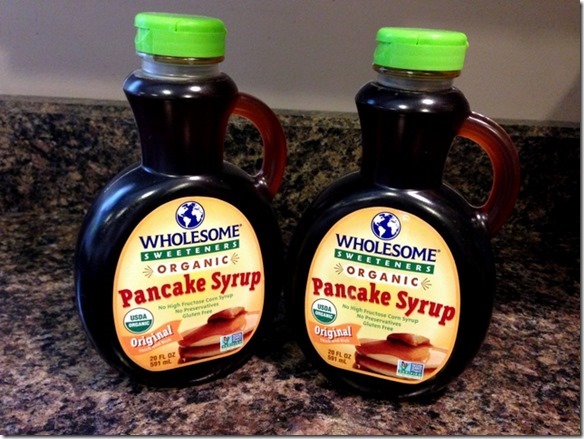 They recently reached out, asking if I’d like to try out some of their syrup (which is really good!), and also participate in a super fun Pancake Party contest they’re holding during the month of November. 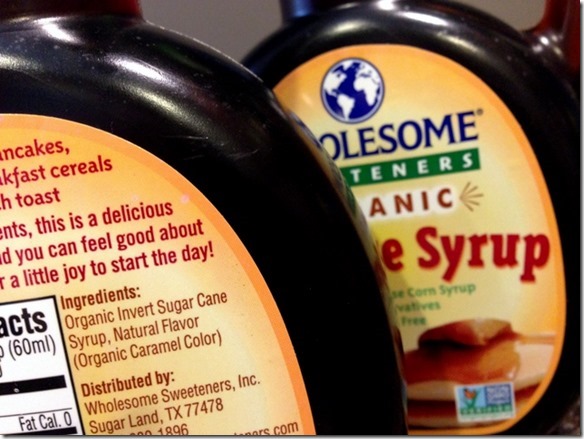 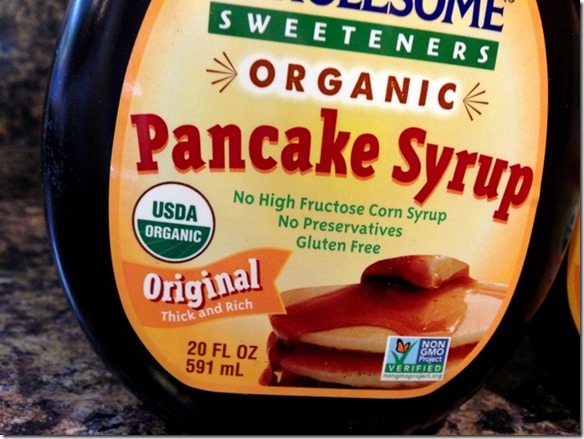 Do you guys want to join the Pancake Party, too? It’s open to anyone!

You can read up on the contest a bit more on their site, here. But really, all you need to do to enter is snap a picture of your best pancake breakfast (or dinner!) and post it to your favorite social network (Facebook, Twitter, Instagram, or Pinterest) along with the hashtag #pancakeparty. It doesn’t have to be a fancy pancake like the ones above, but I’m sure they’re looking for creativity.

And if you ask me, it’s certainly worth entering…I mean, check out the first place prize:

That’s enough incentive for me! So actually, yeah, maybe you shouldn’t enter so it will better my chances……

I kid, I kid. Go ahead and check it out! I’m planning on trying out a couple of cute pancake faces for Lucas to have, which I’m sure he will totally not appreciate the same way I will. But that’s okay.

Happy Wednesday, my friends! Hope you’re all having an amazing week!

Disclaimer: The second portion of this post re: Wholesome Sweeteners is sponsored. As always, my opinions are mine and I think this is a pretty kick-butt contest anyways, which I am more than happy to promote. So go enter!