I will never, ever take for granted the fact that we are so incredibly lucky to have parents living nearby, who are always more than happy to get their hands on their grandson for a night. After getting out of work on Friday, I picked Lucas up from daycare and brought him with me on a little ice cream date. Then we headed over to my parents’ house, where I played with him for another hour or so before leaving him with grandma and papa for the evening. I actually really didn’t want to leave him at all (it’s hard after being away all day at work!), but I knew Jay and I would be having a great night out, which was much needed. 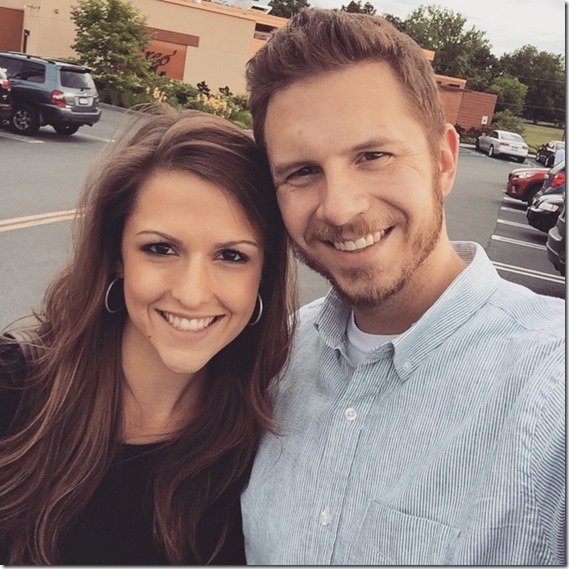 A couple of weeks ago, I received an invitation to visit Creo’ Restaurant, to check out their new menu offerings. They have a new Executive Chef, Eric Sell who has been tasked with revitalizing the seasonal menu that was released in mid-May. 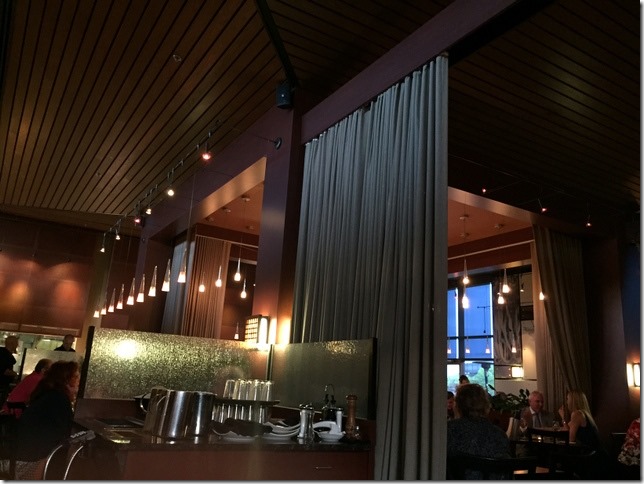 The new menu features delicious salads, flatbreads and entrees that include fresh ingredients from sustainable farms, amongst some of their other favorite dishes, and I was super stoked to go check it out because we’ve had a number of amazing meals at Creo’ in the past!

Jay and I started off the evening with a round of drinks, and then we went straight to the menu to see what was available. 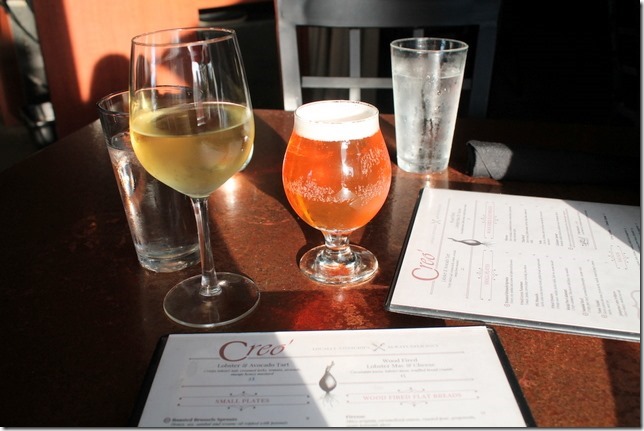 We started off with a lemon shrimp appetizer, one of their specials for the evening, and it was outstanding. The lemon flavor was slightly sweet, and having it paired with the crisp prosciutto on top balanced all of the flavors out perfectly. 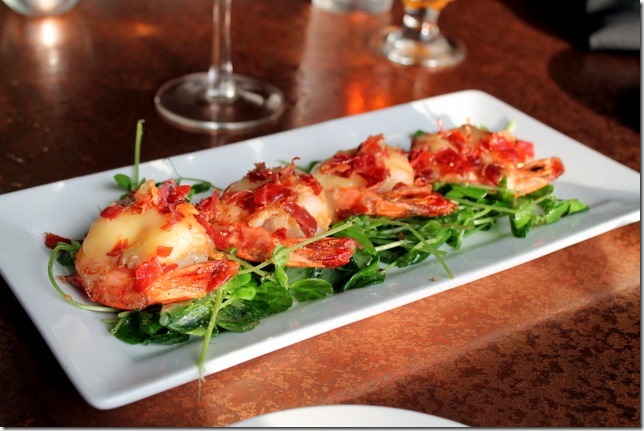 Shortly after our shrimp arrived, we also received a special dish, complements of the chef himself! I’m kicking myself for not being able to remember the exact ingredients that were in it, but I know that it was a scallop topped with an assortment of flavors, including a vanilla butternut squash puree (the yellow part) which was to die for. Jay “doesn’t do” scallops (it’s a texture thing), so I got it all to myself. And it was amazing. 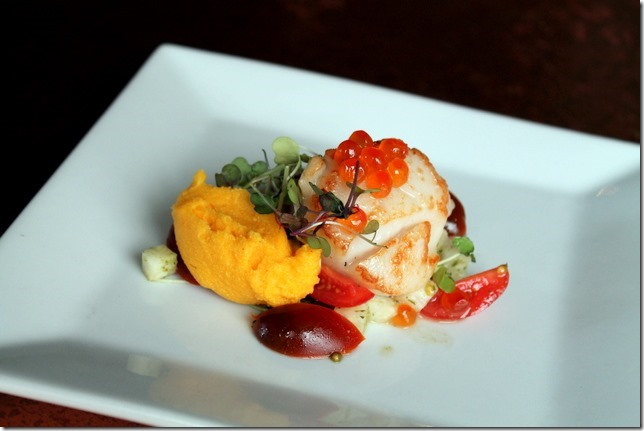 We also got some fresh bread with butter at the table, which is always very much appreciated for this carb-loving gal. 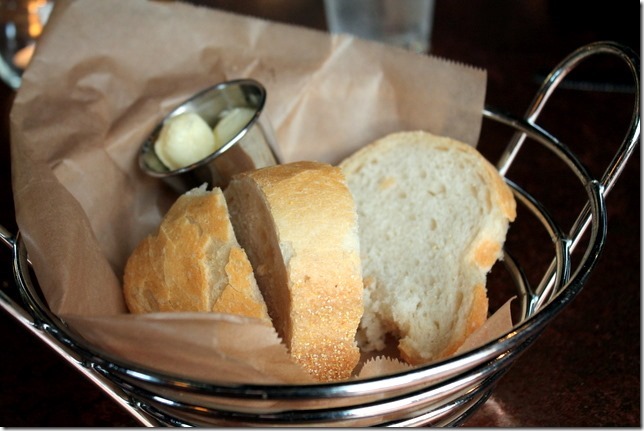 For my entrée, there was really no question. The filet mignon with fried haricot vert, mashed potatoes, and compound butter. 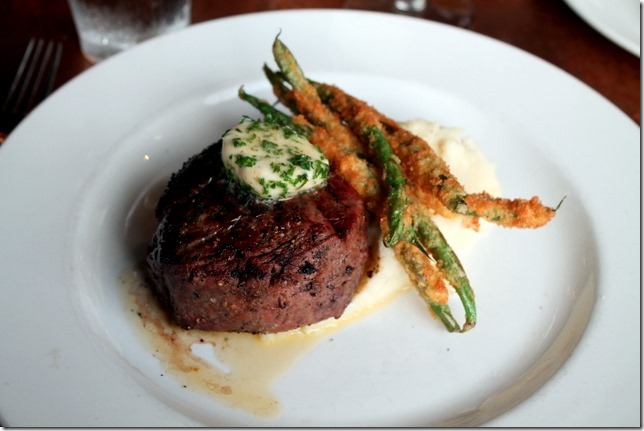 The filet was cooked to perfection, and the flavor? Hooooooly crap. To die for. Seriously. And it was rather large, too! I was about to call it quits with about three or four bites left, but then Jay looked at me and said “you don’t waste filet mignon,” and I knew he was right. So I powered through most and gave him the rest.

Jay’s NY strip steak dinner, another special for the evening, was also quite delicious. 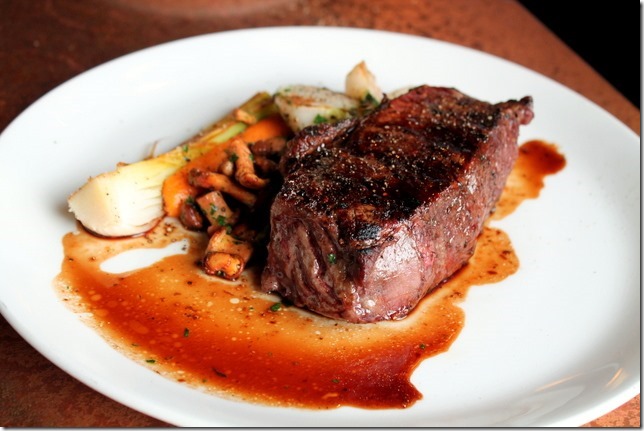 Now, I could have easily left the restaurant full and happy after that dinner, but then our waiter gave us some dessert menus. And suddenly, my “dessert stomach” made a presence (you guys know what I’m talking about, right?!?).

After going back and forth on a few different things on the menu, I ordered the Malted Chocolate Caramel Torte…milk flourless chocolate cake, chocolate double cream, Valrhona Malted Caramel Toffee Mousse, and Fudge Sauce. Let me tell you all…if you’re local, or for some reason find yourself in the Albany area, go to Creo and order this dessert. Please. 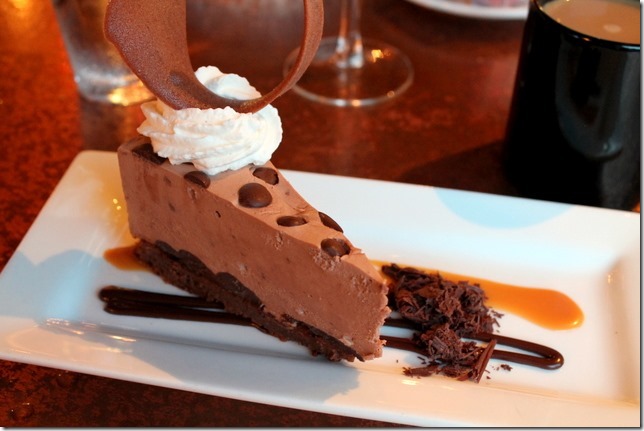 Jay got his own dessert, too, because I wasn’t about to share. His was a special for the evening…house made croissants filled with an apple cream cheese filling, and pomegranate compote. He was generous enough to offer me a bite and this one was also quite delicious. 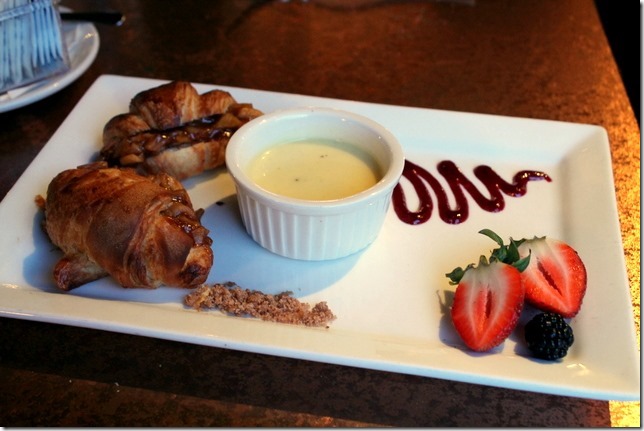 The entire meal at Creo’ was just outstanding, and I’m so glad we had the opportunity to visit and try the new menu offerings. Thanks so much, Creo’! And if you’re local, definitely head on in there ASAP.

I’ll be back later this afternoon with a recap of the rest of our weekend!