You’ll see what I did right there in just a minute, but I just can’t pass up a good pun.*

SO! First things first! How was the weekend? Good? Great? Ours turned out to be pretty awesome, with a good mix of fun and friends.

Saturday morning started off with a killer “leg day” workout at home, followed up with a baby shower to celebrate two of our fabulous neighborhood ladies who are both due to have new baby girls early this spring! 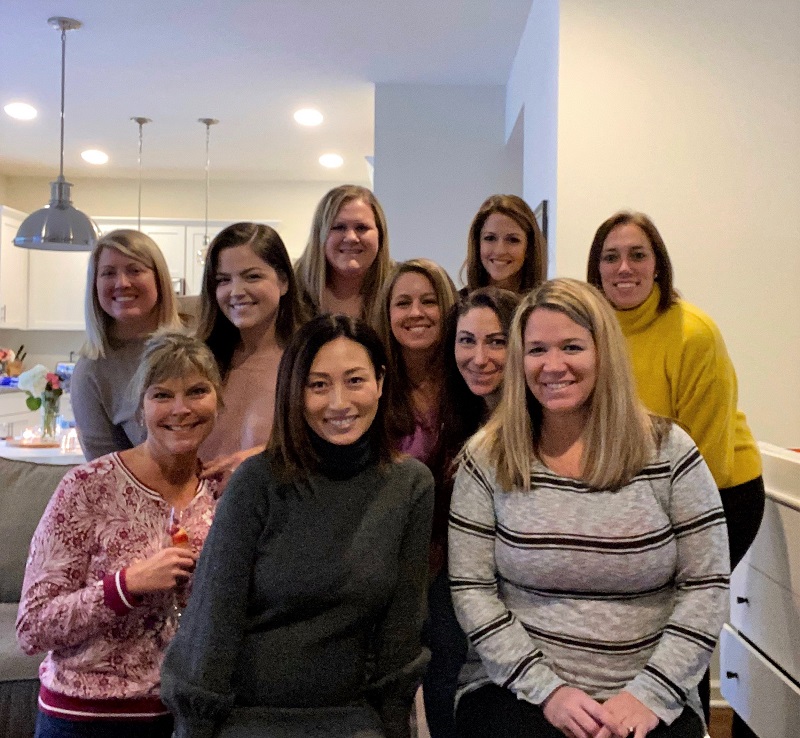 We all made a dish to bring, making for one heck of a delicious brunch spread, and I loved getting to see all of the adorable little girly things they received. I’m so excited to have two fresh, little babes on the way to hold (and then pass back!). : )

While I was enjoying my time at the baby shower, Jay was out with the boys for Lucas’s soccer game. We wound up signing him up for a U8 indoor soccer team, and he said he totally loved it. 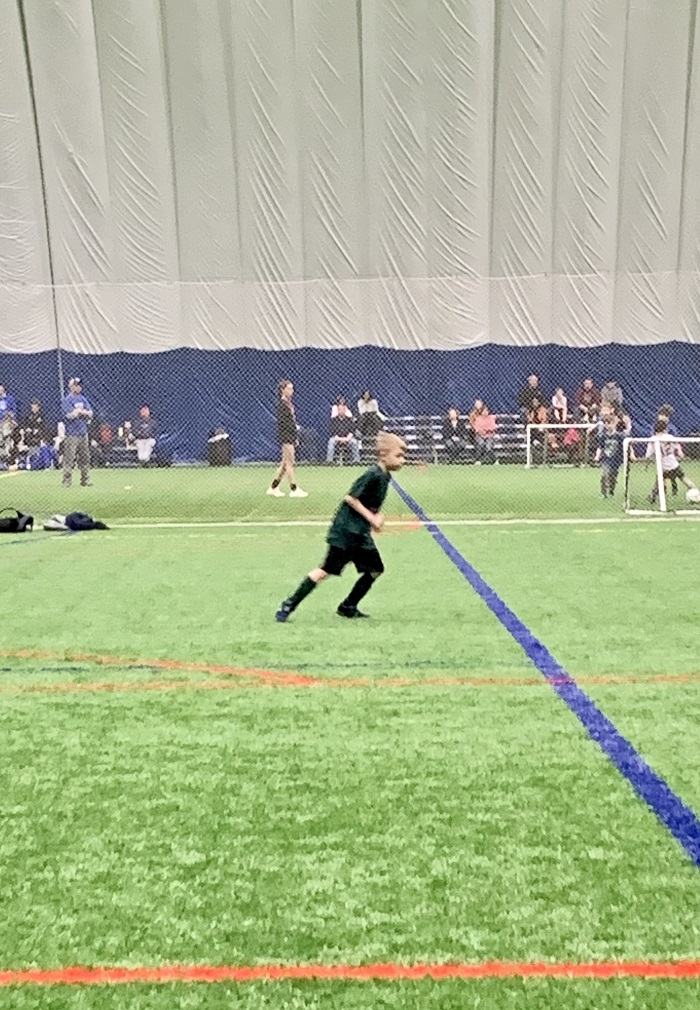 I was bummed to have missed it, but excited to check out the next few games in the coming weeks. So proud of him!

Later Saturday evening, my parents came over to watch the boys for a few hours while Jay and I enjoyed a night out with our friends John & Tal…axe throwing! 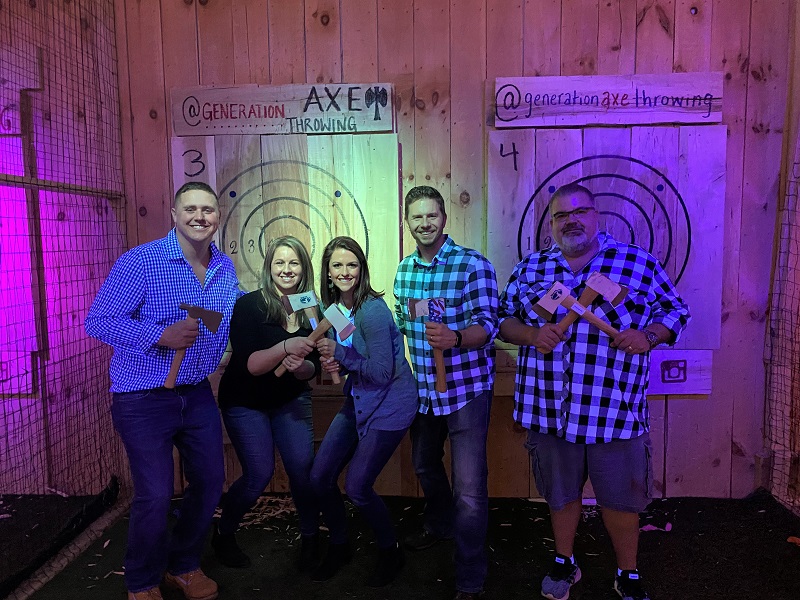 I’d been hearing some rumblings lately about a few new places that have opened up in our area, and I was really excited to give it a try (it gets sort of tough to find new and fun things to do around here in the cold weather!). Well I must say, we had a total BLAST.

For the locals, we checked out Generation Axe, and had a really great experience. We booked an hour for the four of us, and I’d say that was probably a good amount of time (although I still would have fun going longer). We were assigned an “axe master” (see Jay’s twin above…) and he made the whole experience awesome by giving us tips for throwing and games to play. Plus, they even serve alcohol, which I thought was an interesting combo…but I was a-okay with it.

So if you’re looking for something fun to get out and do, or maybe even if you just have some aggression to get out, I’d highly recommend giving it a try!

After throwing some axes, we went out for some dinner and drinks. But the highlight of the meal (besides Jay and John being absolutely hilarious and ridiculous with waitstaff) was this salted caramel pizookie. 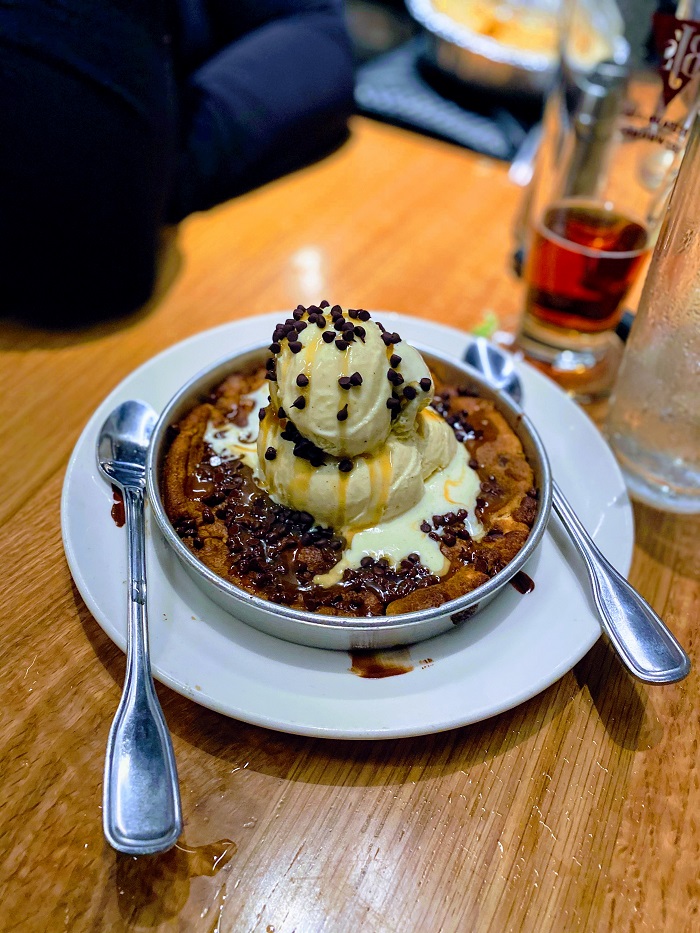 Tal and I shared that beauty, and had no problem polishing off the whole thing. Again, for the locals…this was at BJ’s Restaurant, and apparently on Tuesdays they have $3 pizookies and half-priced wine. So if you need to find me a on a Tuesday evening, now you know where to look.

Sunday morning rolled around and the temperatures reached a whopping 62 degrees. We had windows and doors open, and it is just amazing what the increase in temps and fresh air can do for my mood!

I knew that the temps were going to drop as the day went on, so I told the boys that they needed to quickly get dressed and eat some breakfast, because we were heading outside. And as it turns out, all the neighbors had the same idea… 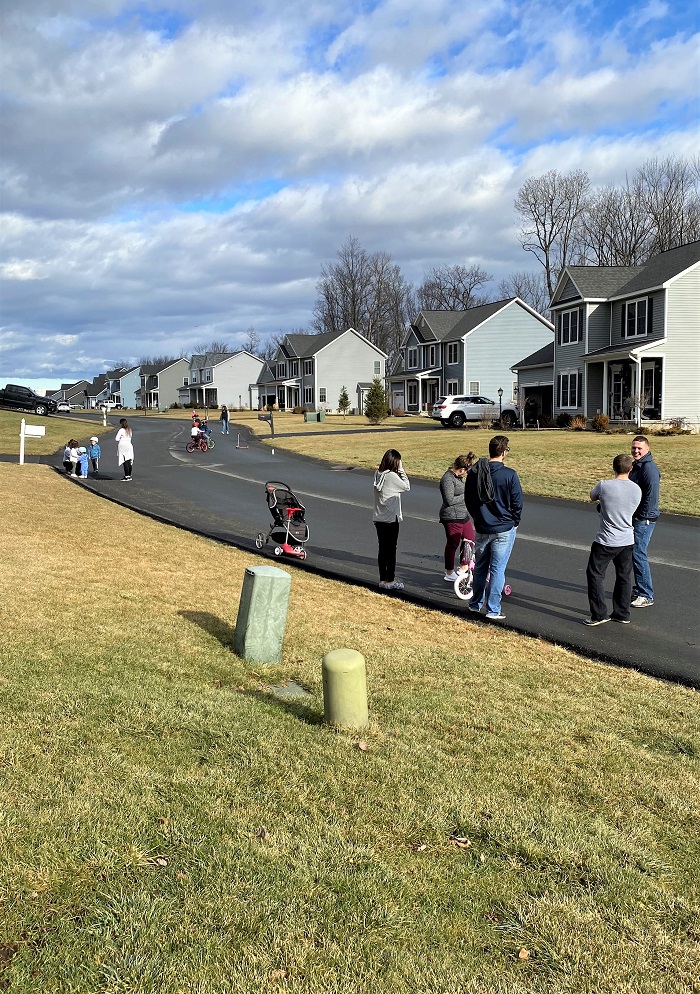 It was so nice to see everyone and catch up a bit (since we don’t get to see each other nearly as often while we’re all hibernating through winter) and we joked that we probably wouldn’t see the whole group again until April. Ahh well, it was a nice few hours while it lasted!

Sunday afternoon was spent hanging at home and just getting all sorts of random stuff done, like laundry, some meal prepping, and also a little bit of clean up/organization down in the basement. My neighbor Ashley was going to be getting rid of a storage cube unit, and I told her I’d be more than happy to take it off her hands because I’d been meaning to get one for down there. 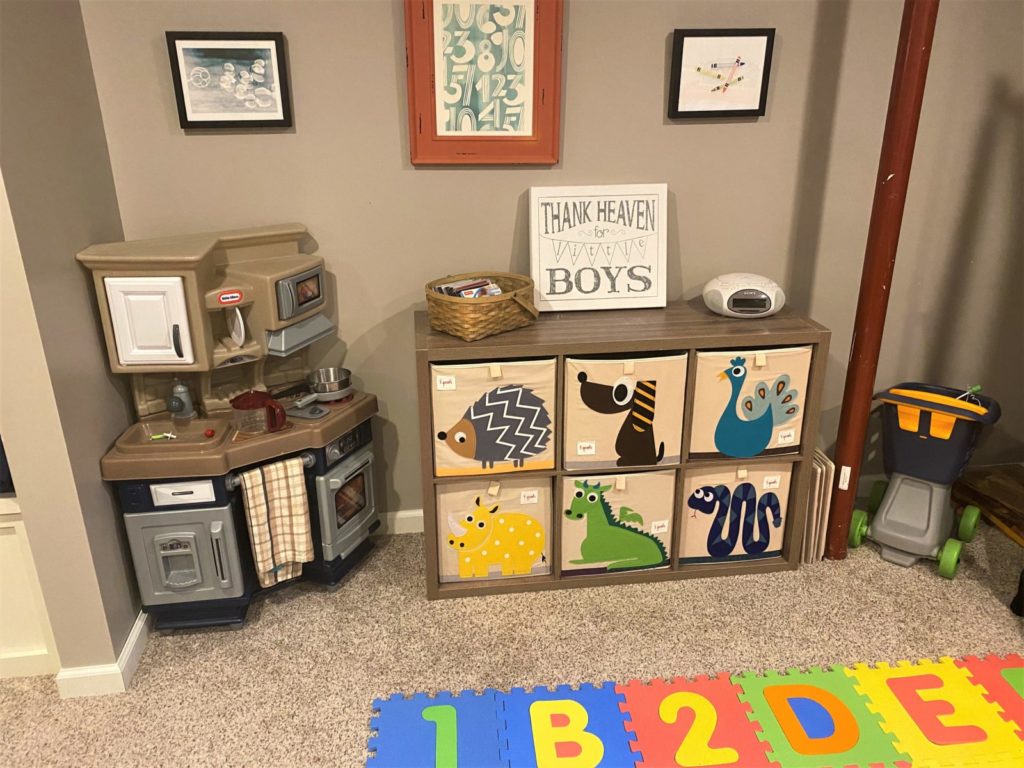 I definitely still have some more organizing to do down there, but that thing helps a TON. Thanks again, Ash!

For dinner on Sunday (and to last a couple more meals at the beginning of the week) I made this Egg Roll in a Bowl recipe, and it was delicious. I used ground chicken instead of pork, just because it’s what I already had on hand, but the flavors are awesome and it was super easy to put together. 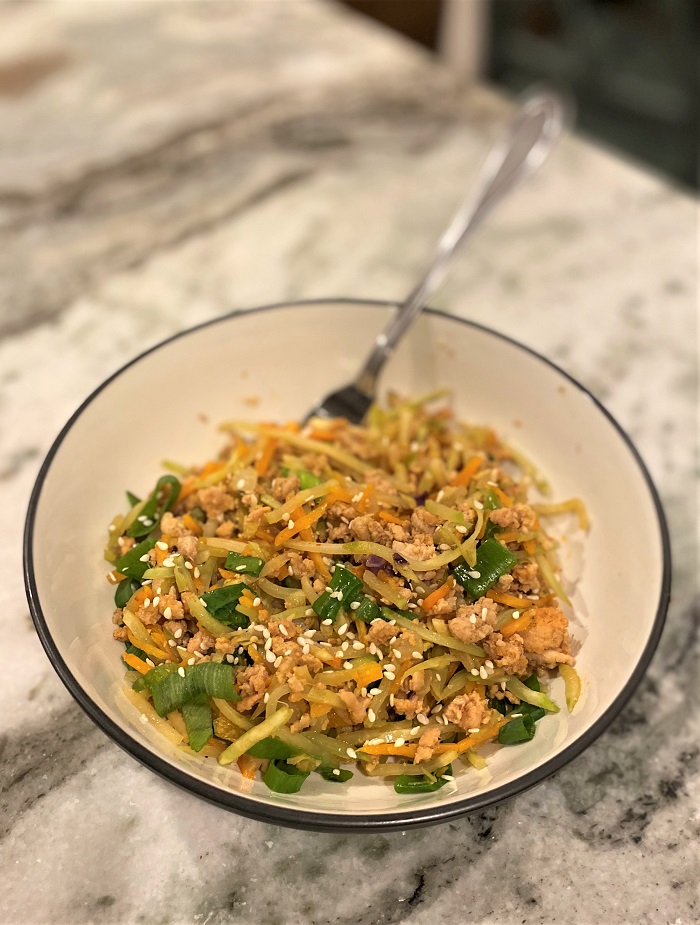 I also got wild and did what I tell myself I’m going to do every. single. Sunday., which is iron my clothes for the week. Can I just tell you how much of a difference this has been making for me in the mornings this week?!?! 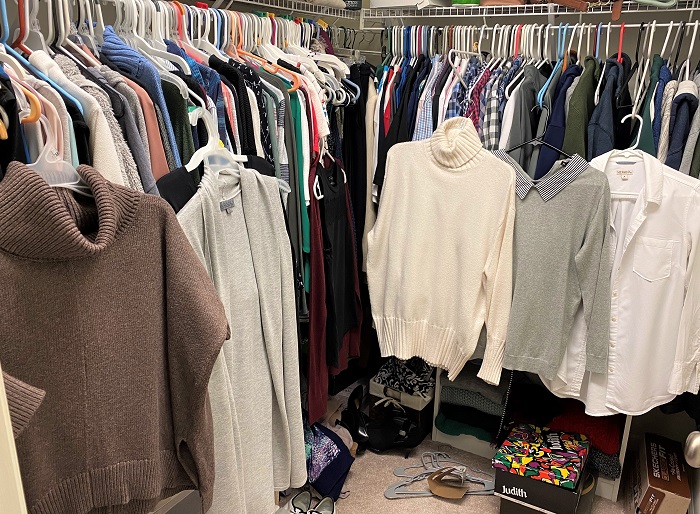 Seriously…must do this every week.

And that is a little recap of our weekend! Hopefully you guys have all been having a great week so far, and I’ll catch ya soon <3

*My post originally mentioned something about my thoughts on when someone says “axe” in place of “ask,” and it was brought to my attention that this can be considered racially insensitive, which was definitely NOT my intention, nor was it ever even on my radar as ever being so. With that said, I’ve edited the post to remove that piece, and sincerely hope that nobody takes offense to my attempt at a (bad?) pun. Much love to all! <3