Happy MAY! Here’s to a great month ahead for all of us <3

I’ve got some more recent dinners to share with you guys! Of course, you can always check out the Meal Planning Archives for LOTS of other ideas, too! 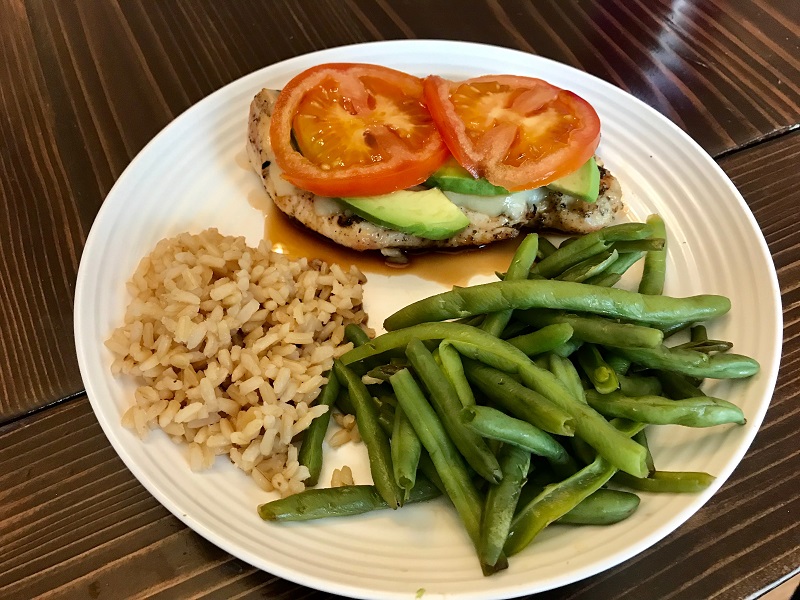 OMG this chicken was SO good!! Typically if we need a quick chicken marinade, we’ll just use a packet of Italian dressing/seasoning mix with some olive oil and water. But Jay and I both agreed that the simple seasoning of this chicken was perfection, and we’ll definitely be using it in the future!

What the boys ate: Both boys ate the chicken without anything on top, with avocado on the side, and green beans. Lucas ate the rice, Alex did not. 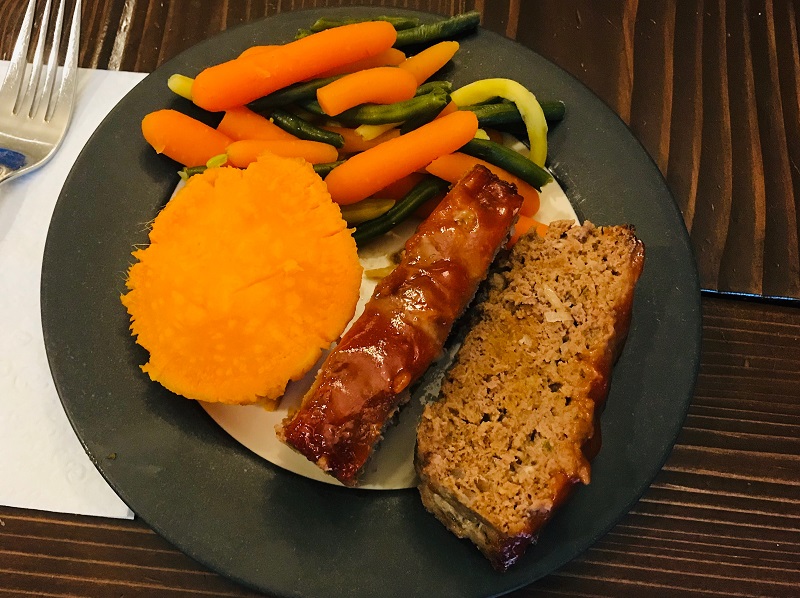 This meatloaf was DEFINITELY a winner. I was looking for something to throw together quickly with some ground sirloin that I had in the fridge, and this was awesome. I only had a pound of ground sirloin, so I simply halved the recipe and cooked it for about 40 minutes. 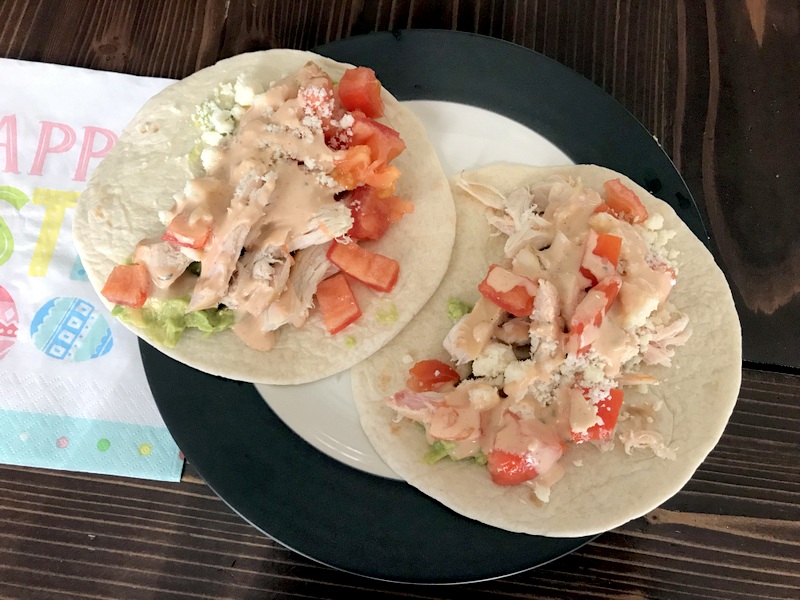 I knew we needed something quick for dinner on this particular night, so I grabbed a couple of rotisserie chickens and some mini flour tortillas on my way home from work. I cut up the chicken and served it in the tacos along with some cotija cheese (already had), diced tomatoes, a taco ranch sauce (bought this one and it’s SO good!!), and a quick guac that I whipped up with just some salt, pepper, garlic powder, and lime juice.

What the boys ate: Lucas ate a taco (for the first time!) with chicken and cheese + guac on the side. Alex ate some chicken plain, along with some guac and tomatoes, although he wasn’t super in to this particular meal. Ahh well. 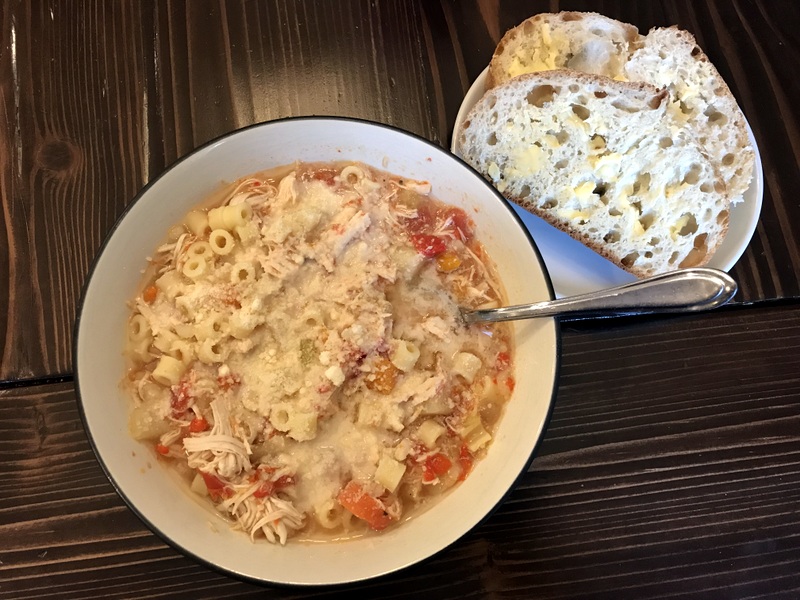 This soup was a BIG hit!! And it makes a TON, so I was able to put about half of it away in the freezer and I still have enough leftover for probably 3-4 more bowls, at least. The only change I made was do mostly chicken broth for the 8 cups of water listed in the ingredients. Otherwise, I made it as-is and it was delicious.

What the boys ate: Lucas ate two small bowls of the soup (and loved it!) along with half a grilled cheese. I swear, this kid must be growing because he has been eating SO well lately. And it’s such an amazing thing. Alex wanted no part of even trying the soup, and wound up eating half a grilled cheese and applesauce… 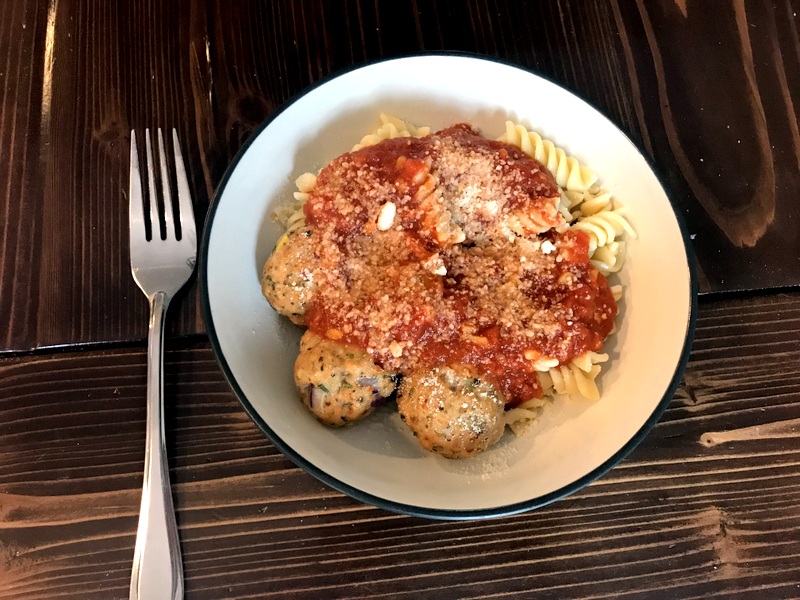 If you click that link above, you’ll see that I used my favorite Chicken Parmesan Burger recipe for these meatballs. It’s super simple to do…I just roll them into meatballs and bake them in the oven at 350 degrees for about 20-25 minutes. For the sauce, if it’s not homemade, I usually like to keep some jars of Botticelli on hand (I get it from Price Chopper usually when they’re BOGO) but we’ve also recently tried and really liked the Rao’s brand.

What the boys ate: Italian is pretty much a guarantee for both of them, so they both ate the pasta and meatballs, though Alex was more into the pasta than the meatballs. Typical. 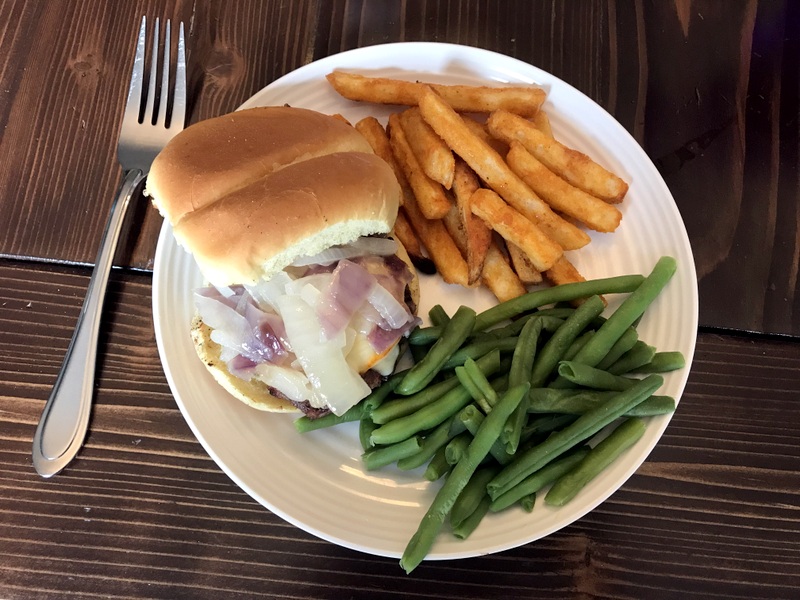 Can you tell yet how much we like (aka, more like rely on) frozen veggies? Hey, whatever works to get those greens in sometimes!

For these burgers, it was my first time buying and trying these Marketside Organic Grass-Fed 85-15 ground beef patties from Walmart (check out this post to see more of my Walmart grocery staples!). Jay doctored them up a bit with some seasonings before throwing them on the grill, and we were both impressed with how they turned out. Definitely something we’ll buy again!

What the boys ate: Everything we did, minus the burger buns (neither of them are interested in eating their burgers whole, they like them cut up to dunk in ketchup still). 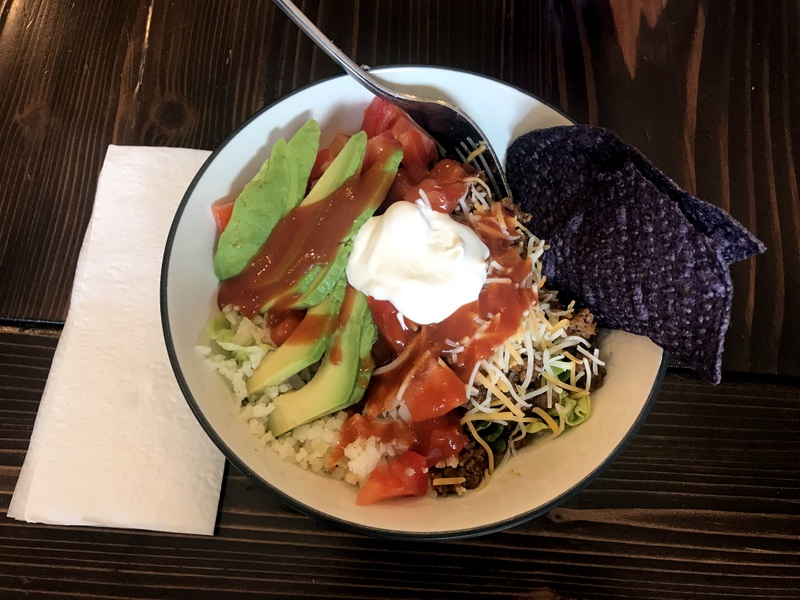 This is another dinner I like to throw together quickly if/when we have some ground beef/sirloin on hand to use up. I’ll usually just add some taco seasoning to the browned ground beef and then we’ll serve it up with whatever else we can throw in the bowl. These included cauliflower rice, shredded cheese, lettuce, tomato, avocado, sour cream, taco sauce, and tortilla chips on the side.

What the boys ate: I honestly don’t remember. We can usually give them the ground beef and pass it off as “broken meatballs” (pretty much all ground beef in our house is “meatballs” for them). So maybe we tried that, or maybe they had chicken nuggets. It’s a mystery. 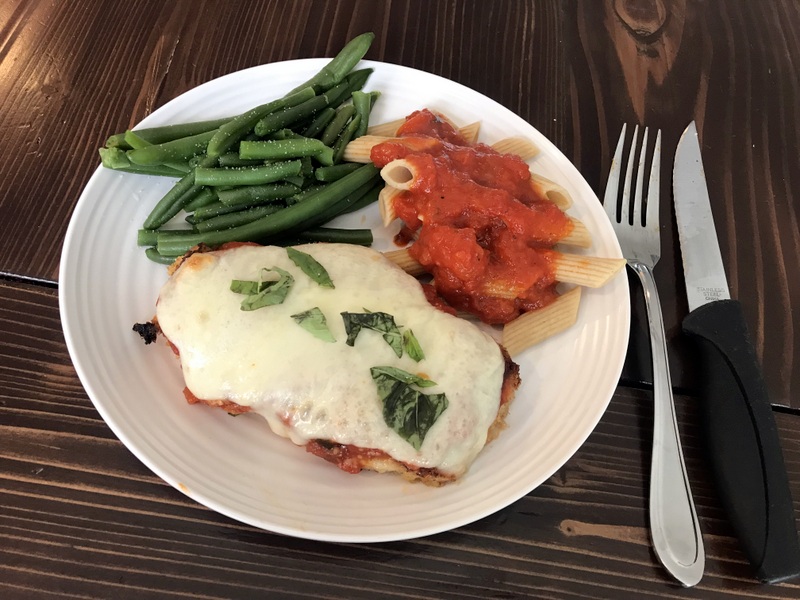 The idea for this dinner came about after seeing this recipe for Skillet Chicken Parmesan in one of our Eating Well magazines. I started with the intention of following the recipe, but then just simplified it even further by coating and cooking the chicken in a skillet, and then just topped it with sauce and cheese and let that cook up/melt in the oven. It was surprisingly not that difficult to put together for a weeknight meal.

What the boys ate: We served them everything we had; Lucas ate all of it, Alex was a little more picky about the chicken and liked it better with the cheese off. Go figure. 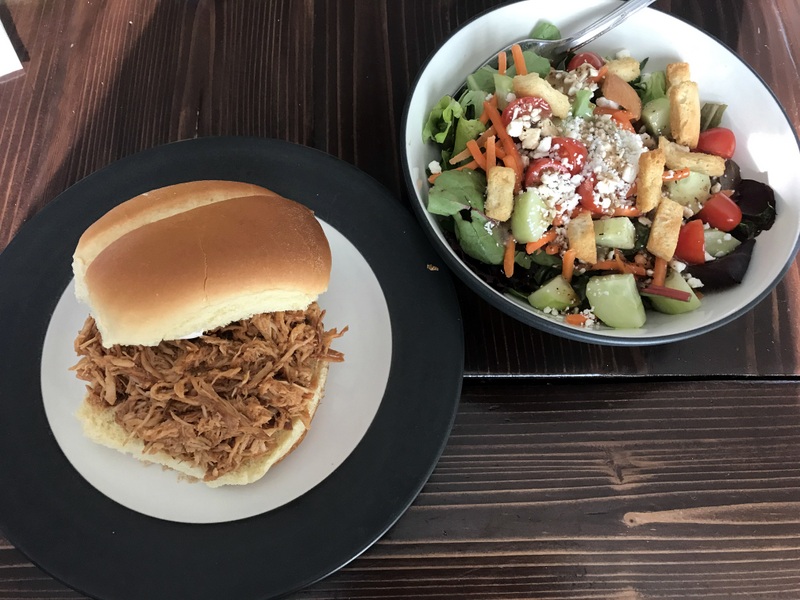 We sure do love our crockpot pulled chicken! I’m pretty sure I ended up putting this on the menu as another way to use up some more of the burger buns that we’d had on hand from those cheeseburgers up there. Or maybe it was the other way around. Either way…and hey, look at that…no frozen green beans!

What the boys ate: If my memory serves me correctly (we’re going back a couple of weeks now) we likely served them some of this chicken along with some chicken nuggets and veggies. Neither of them get super excited about the pulled chicken, but I keep on trying it while also serving it along with something they like. Maybe we’ll get there one of these days…just keep trying, right?

Alright, there’s the latest round up! Any recent favorites from you or your family? Share ’em below in the comments! <3