Every fall, I do my best to make sure that we squeeze in our obligatory apple picking day, as well as some fun at one of the local farms. And although we still have apple picking on our to-do list, we did have an awesome day out at Liberty Ridge Farm this past weekend! 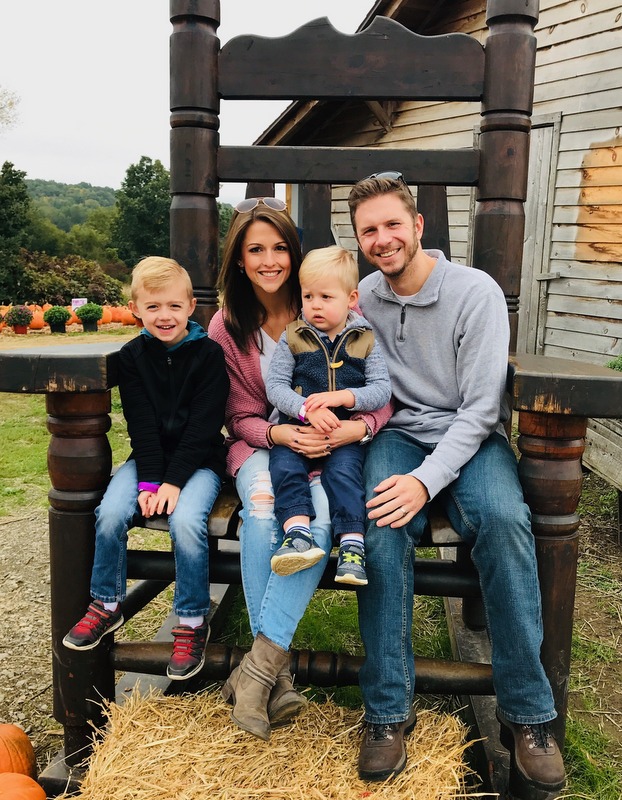 Only Lucas and I had been to Liberty Ridge before, which was actually for his preschool field trip last year, so I was excited to have the whole family together for this trip. 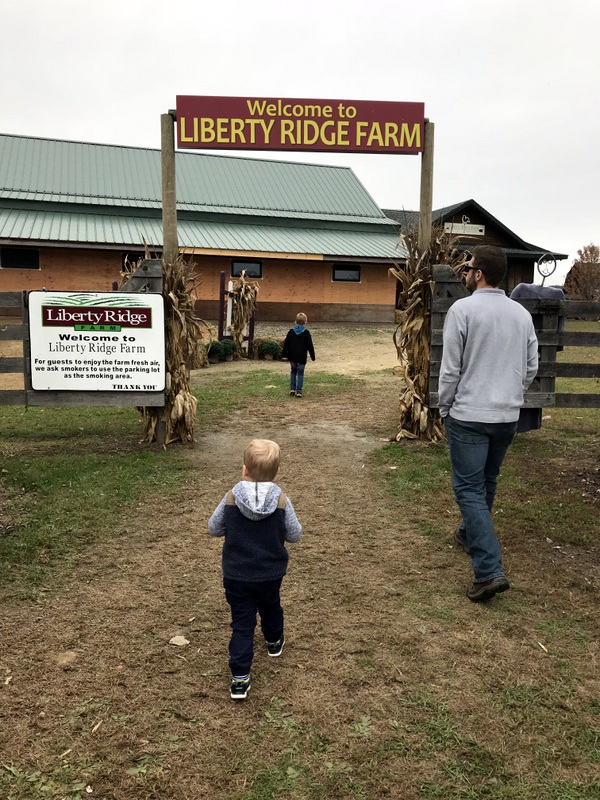 While we certainly have no shortage of farms to visit within a 20-45 minute vicinity of where we live, I knew that Lucas really enjoyed a lot of what they had to offer last year, so I figured it couldn’t hurt to check it out again. 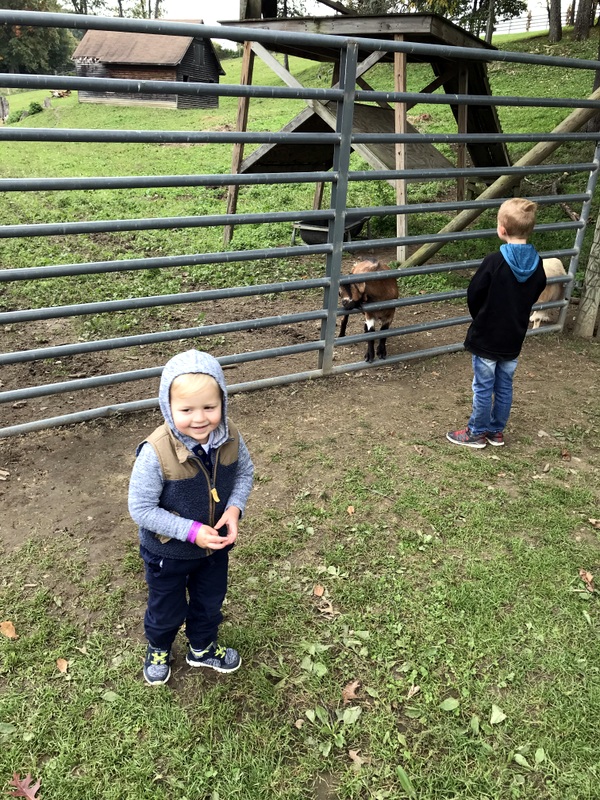 Alex was very interested in seeing the goats and the “horsies,” trying his best to strike up a conversation with many of them. 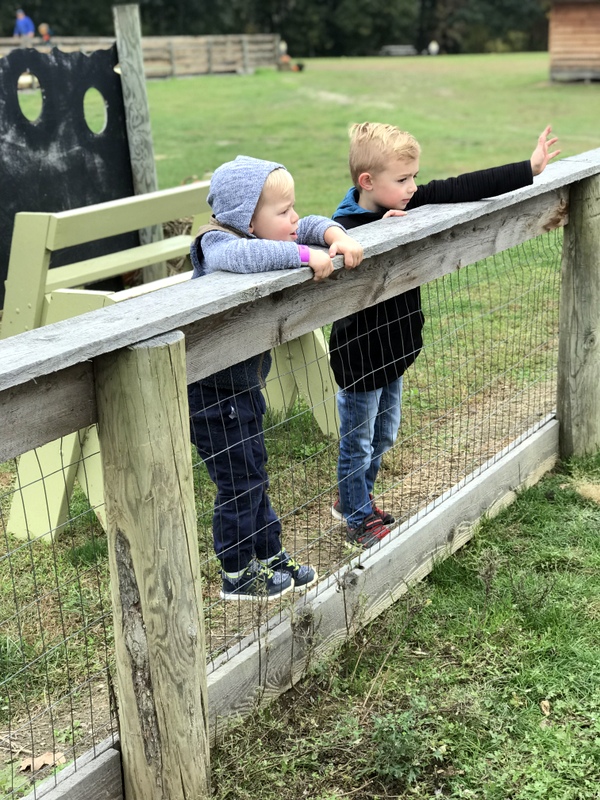 The go-karts/cars/racing tractors (whatever the heck you want to call them?!) were also quite a big hit, and Lucas probably would have spent the rest of the afternoon on them if he could have. 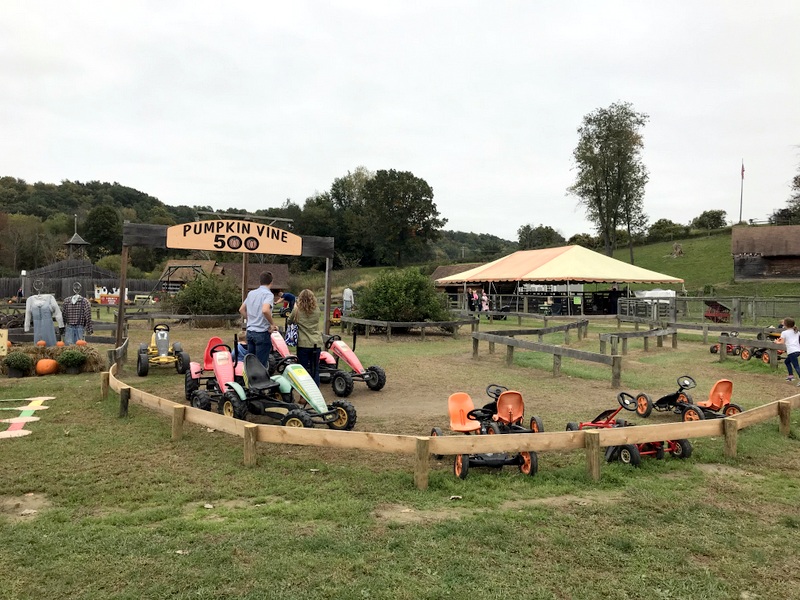 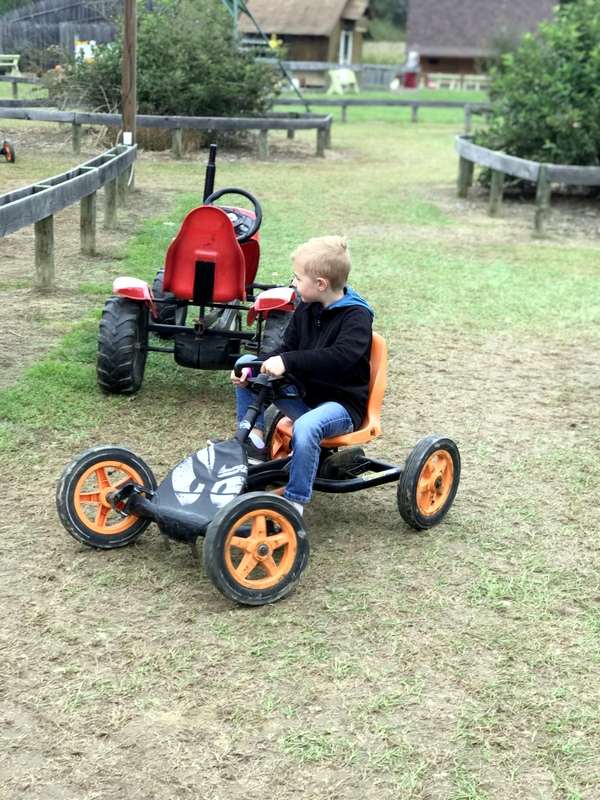 Two of the other favorite attractions from the farm were most definitely the swings and the hillside slides. 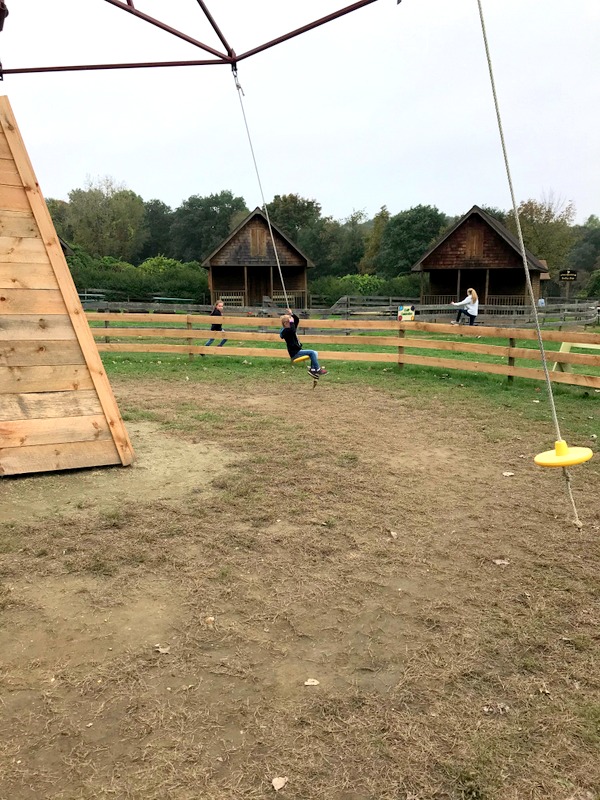 And with a little help from mom, Alex was able to join in on all of the fun, too! 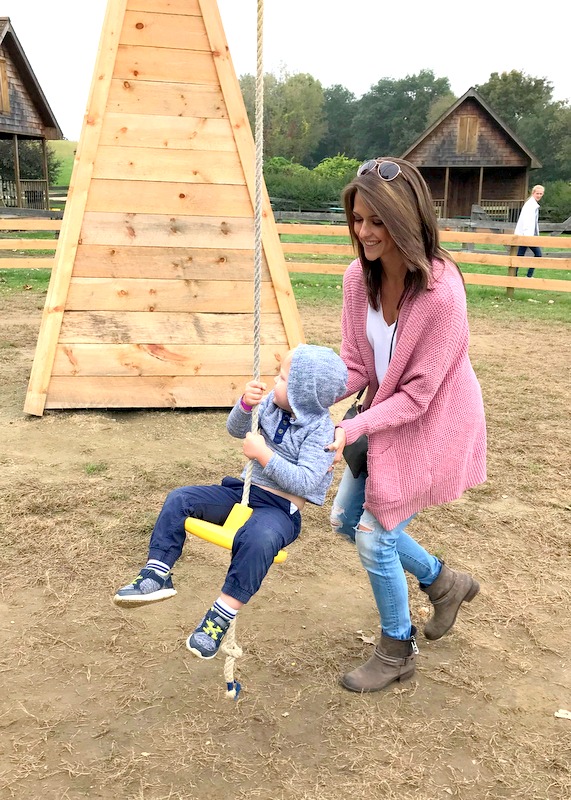 Not gonna lie, the slides are pretty fun. ; ) 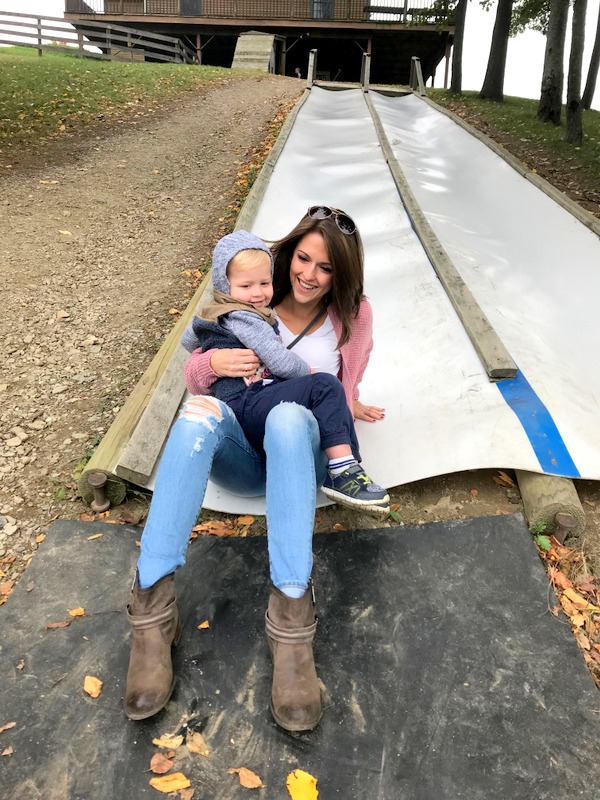 Although let’s be honest…the highlight of any trip to the farm is always the cider donuts. 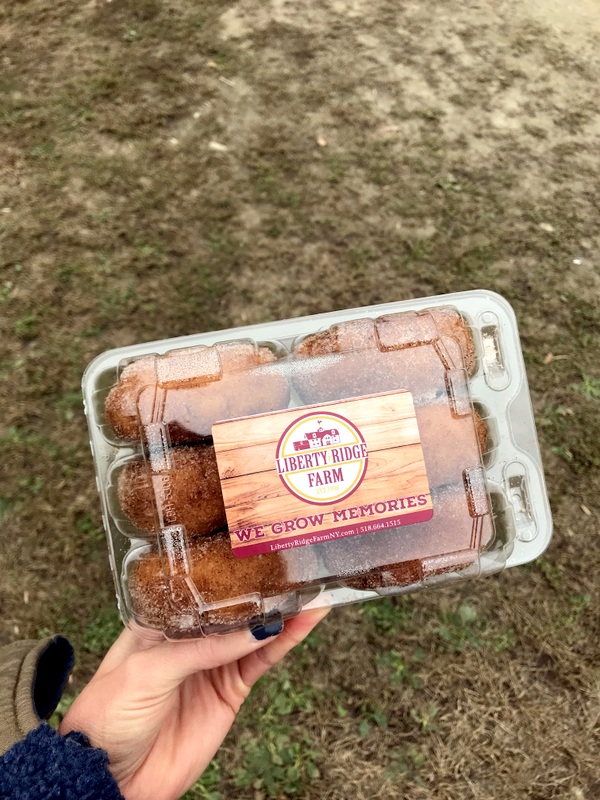 And for any of you that are local, I’m willing to say that Liberty Ridge’s donuts are at the top of my favorites. They’re SO good! Not too greasy, lots of cinnamon/sugar…ugh, I wish we had more!

Until next time, Liberty Ridge! 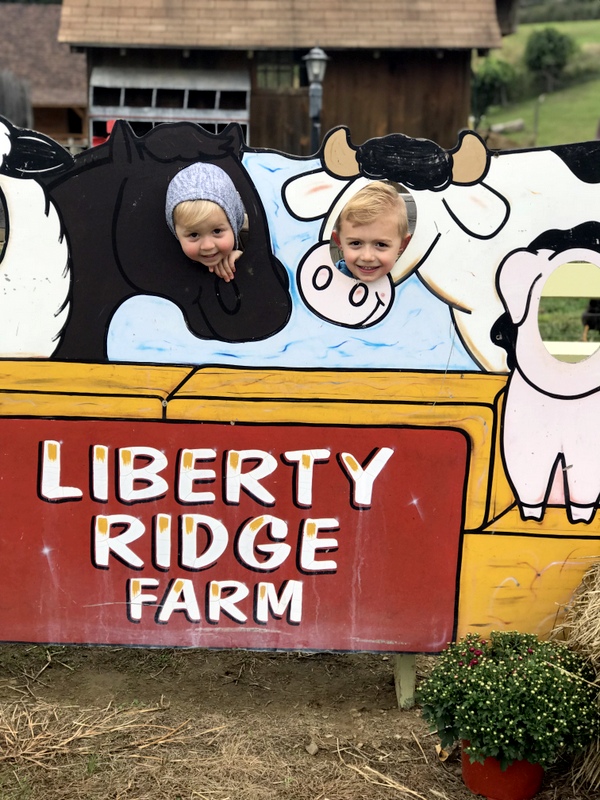 We wound up staying longer than expected, which pushed Alex’s afternoon nap up quite a bit. But since we also had a birthday party to go to later that afternoon, Bubba had to be woken up early and he was just NOT havin’ it.

So for the first time in so, SO long, I got some of the best post-nap snuggles. 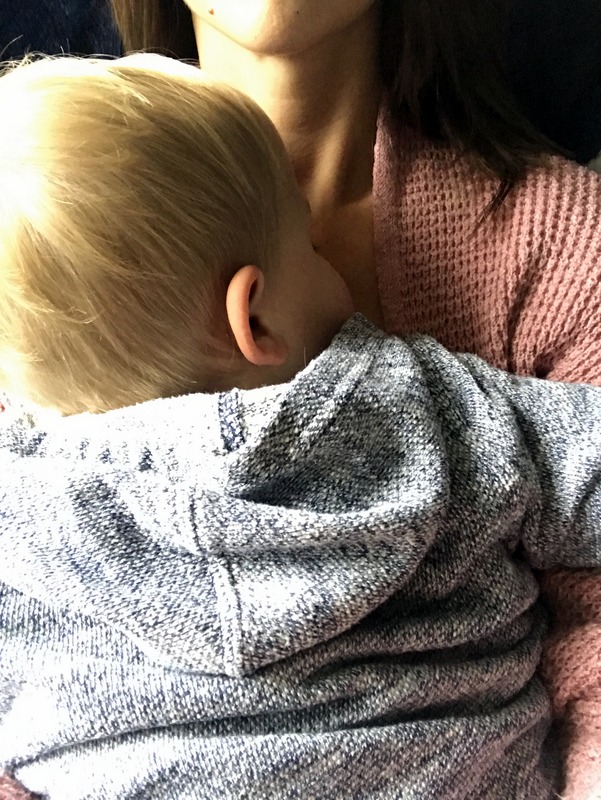 And I definitely was not hating it. <3 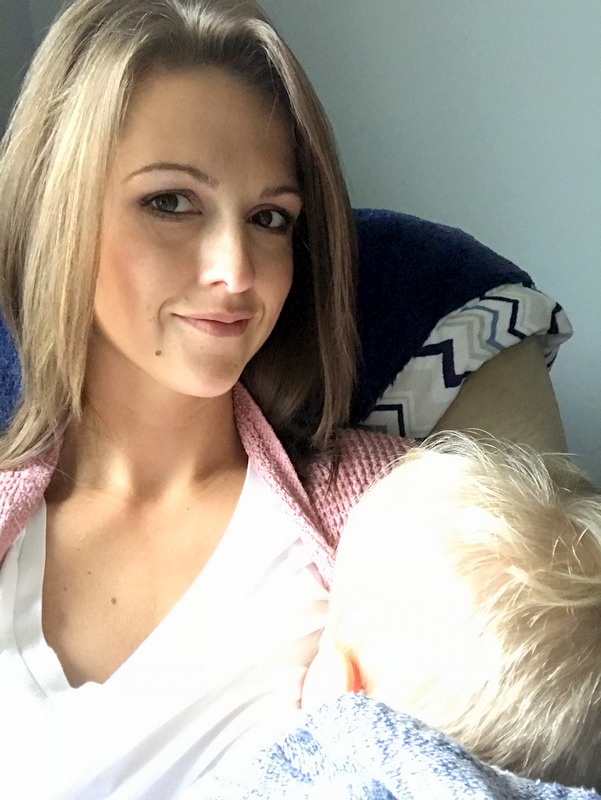 Almost sort of brought me back to the breastfeeding days, which now feel like SUCH a distant memory. Ugh, whyyy does time have to go so fast?!

Anyway, bubs eventually woke up and we were able to walk across the street to celebrate our neighbor, Luca’s, 3rd birthday. It was an adorable dinosaur theme, and all of the kids were running around with their dinosaur masks and tails, digging for dinosaurs in the sand, and painting pumpkins. 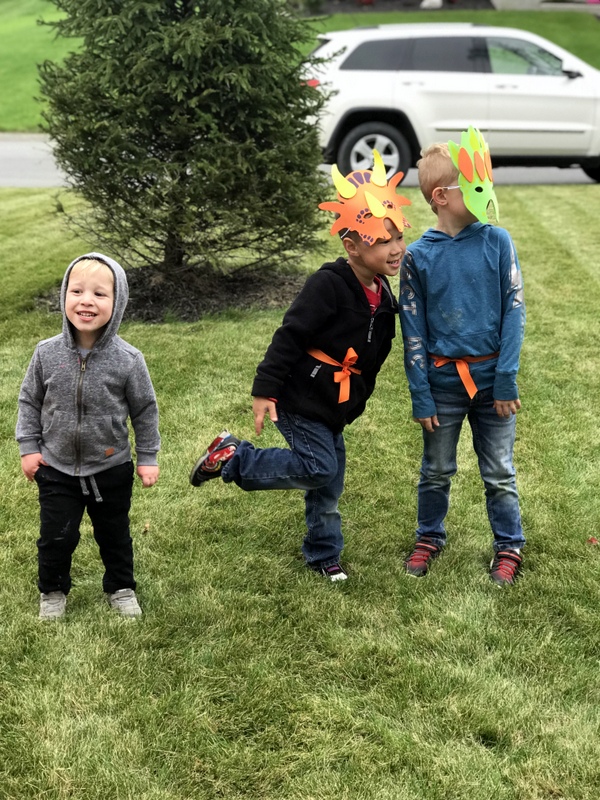 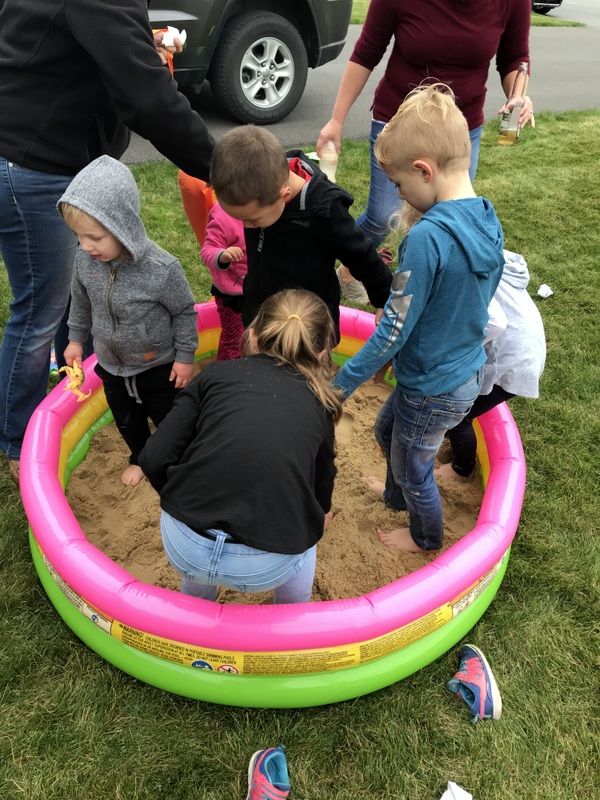 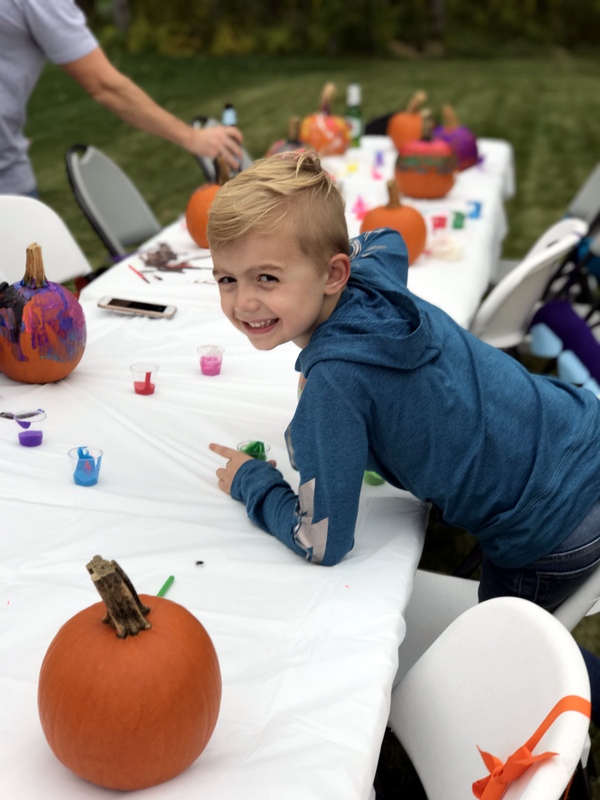 There was plenty of delicious food, which I neglected to photograph, and of course, a fabulous, dinosaur-themed birthday cake. 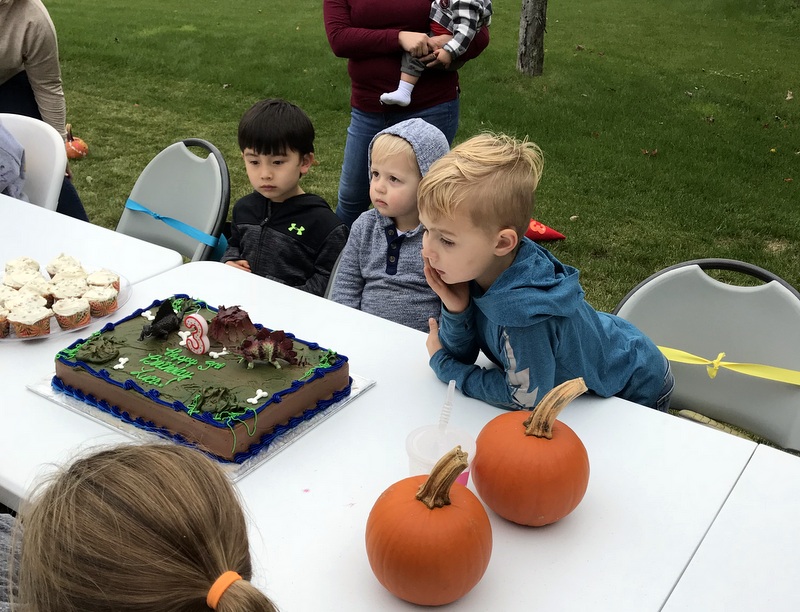 Local friends, trust me when I tell you that Hannaford is THE place to order your cakes from. I’m a total convert, they are just SO good!!

Eventually, the party came to a close (that was, after I made a spectacle of myself and totally missed a chair while sitting down…free entertainment, I’ll tell ya!) and we all headed back home with our sugar comas to put an end an awesome day.

The rest of the weekend didn’t involve all that much…grocery shopping, cleaning, a little work on some Beautycounter orders, playing outside in the sandbox and bringing in what felt like enough sand to start our own indoor sandbox… 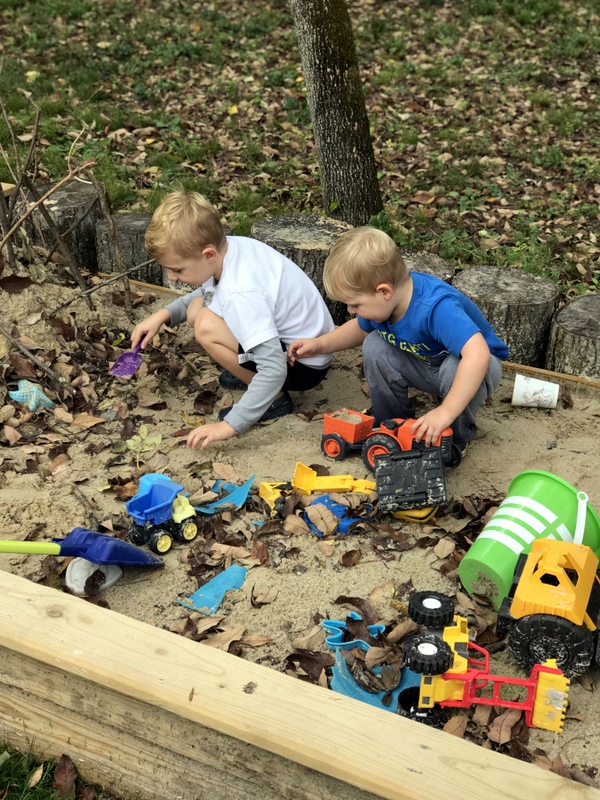 But hey, that’s what vacuums are for, right?

Hope you guys are having a great week so far!