Well I must say, Monday was quite a nice day!

(Ohhh, and I’m happy to report that we finally have the issue resolved with comments getting posted all over Bloglovin‘ newsfeeds…so sorry about that! If anyone else sees it happening again, please let me know!)

As I mentioned before, my one request was to have some time to myself on my birthday. Some peace and quiet, if you will. 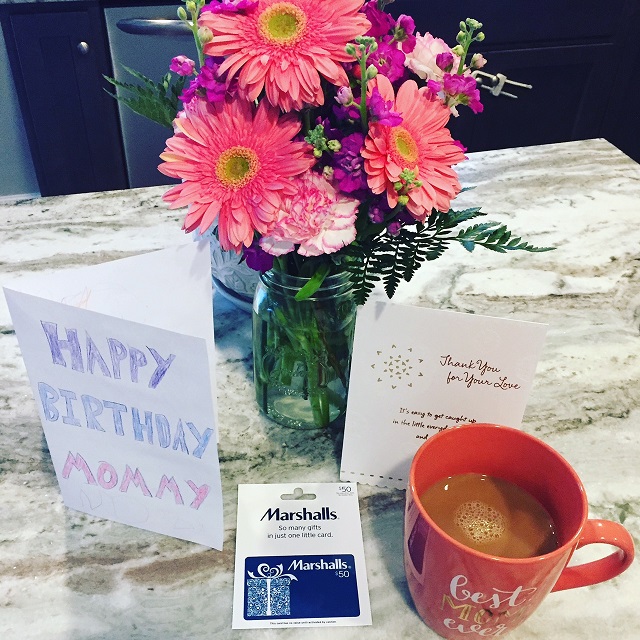 The day started off with Jay taking both of the boys to daycare. Once everyone was out of the house, I enjoyed a leisurely cup of coffee while just…lounging. It was great.

Shortly after coffee + breakfast, I headed out and took care of some quick grocery shopping first(which I never got the chance to do over the weekend, boo). After bringing those back home and taking care of a some quick QT with the good ol’ pump, I went back out for a little shopping fun.

Then it was a stop at Toys R Us to return an item and pick up a few other things, including 12 month pants for Alex because I can now hardly get any of his 9 month pants to fit. #bestthighsever 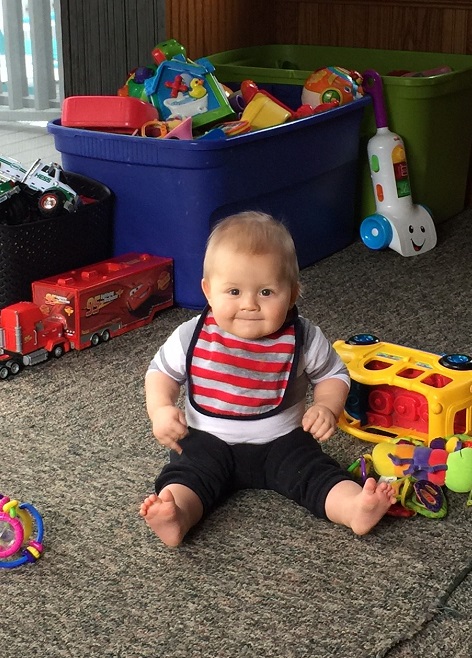 Next was a stop at the mall for a couple more quick returns and a few fun purchases.

Last, was some time to browse through HomeGoods, which is basically my form of heaven, even though I didn’t end up finding much more than a few new picture frames and a new utensil holder. 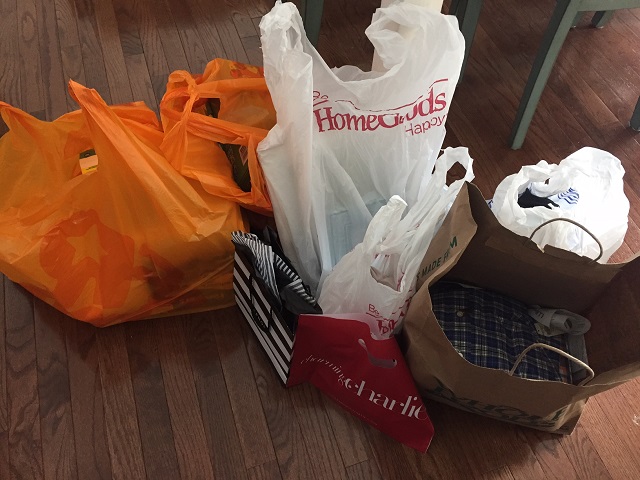 Once I got back home, I had just enough time to be able lay down on the couch and watch my DVR’d episode of Scandal from the previous week before having to go pick up the boys from daycare. Gahhh, I just love that show! Who else is watching?!?

I joked with Jay during the day that, because I had such a nice, quiet day that I was going to wind up paying for it that evening somehow. And boy, was I right.

For the umpteenth time this winter, now BOTH boys are sick with colds so neither of them are really in super great spirits. I mean, they’re fine and not necessary miserable, but they can be set off pretty quickly. Dinner was a bit hectic, with trying to get everyone fed and keeping the littles happy, but we still managed to enjoy some delicious cheeseburgers (at my request). 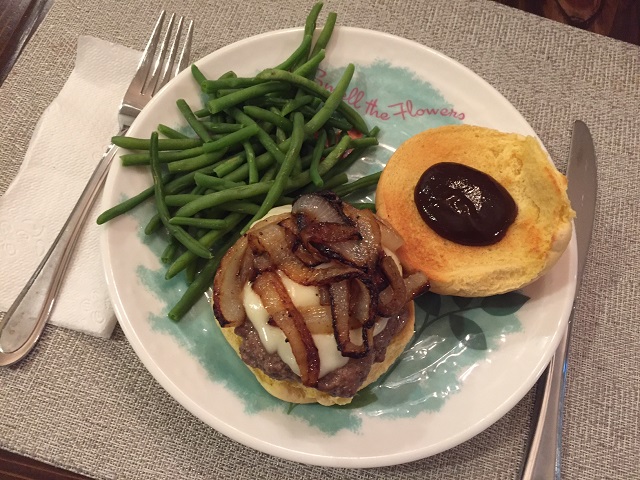 We had a little bit of time to hang out and play around after dinner, which was nice. Lucas is even getting pretty good at his iPhone photography…check that out! 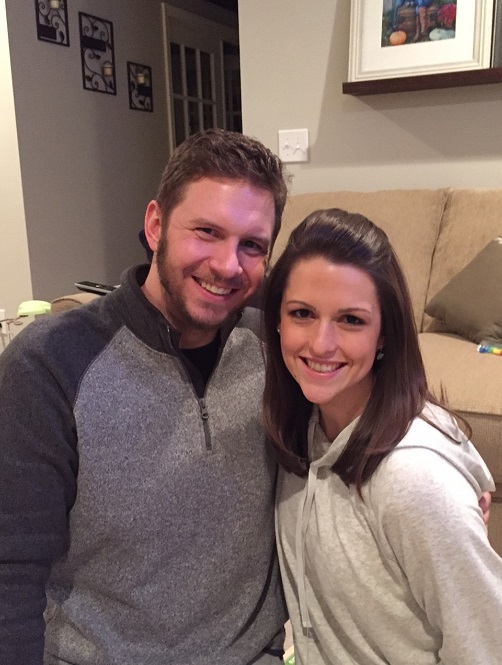 And, of course, I had to get my annual birthday picture…crazy to have TWO of them this year! 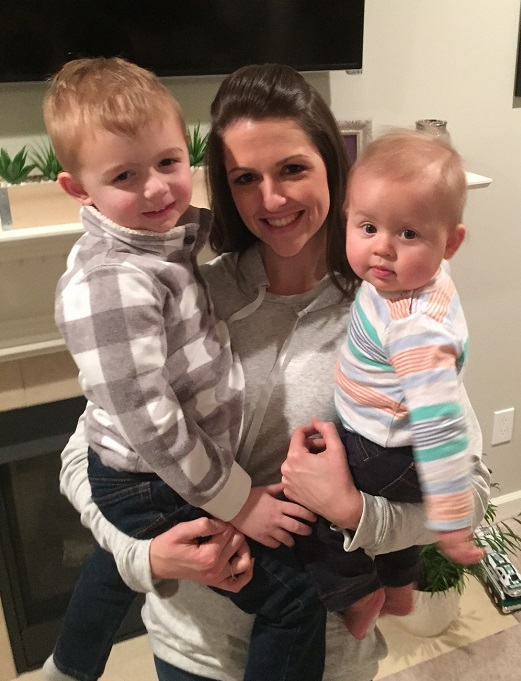 I’m going to keep this tradition going for as long as I can hold them both! ;) 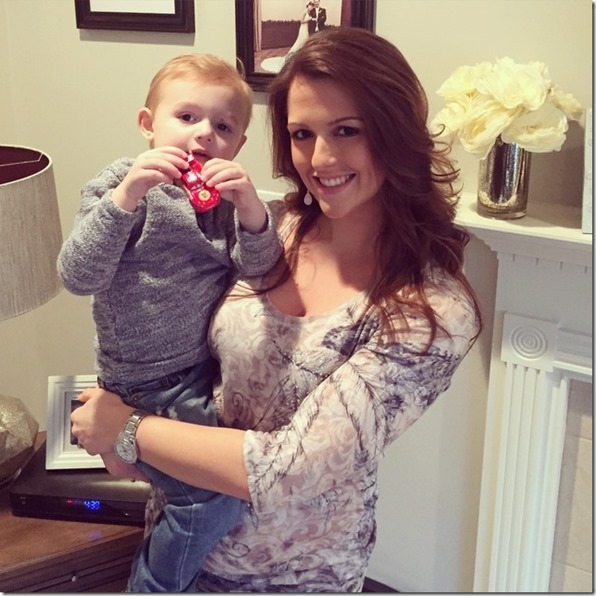 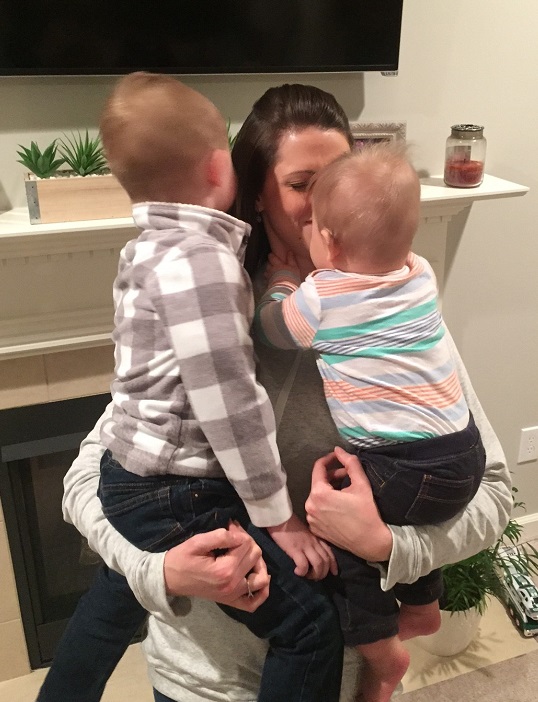 But no nap for Lucas + short naps for Alex = an early start to tubby time and bedtime…which is when some of the most epic of meltdowns we’ve ever seen began. Ohhhhh, it was a disaster. But thankfully (for the most part) all Jay and I could do was laugh over how ridiculous it was.

FINALLY, we eventually got both kiddos in bed which meant it was time for one thing…CAAAAAKE. 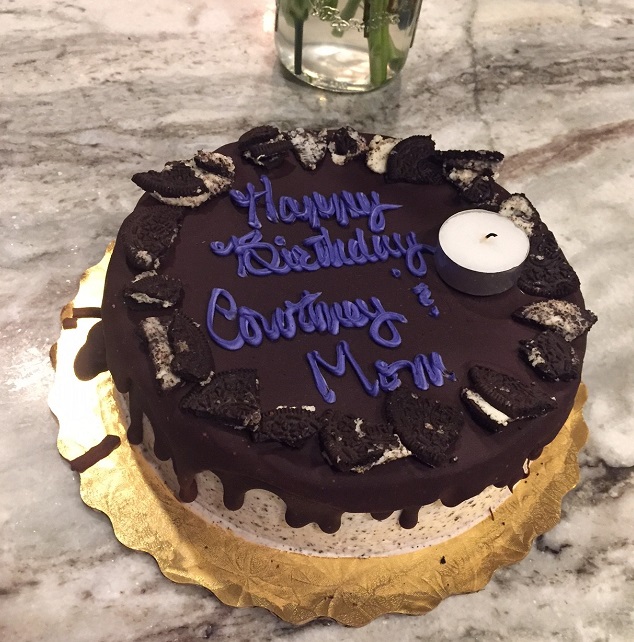 Jay ended up getting me this cake for my birthday last year, and it was so freakin’ good that I had to request it again this year.

I ate a nice, big piece and then even went back for another sliver a little while later because, hey…it’s only your birthday once a year, right?! 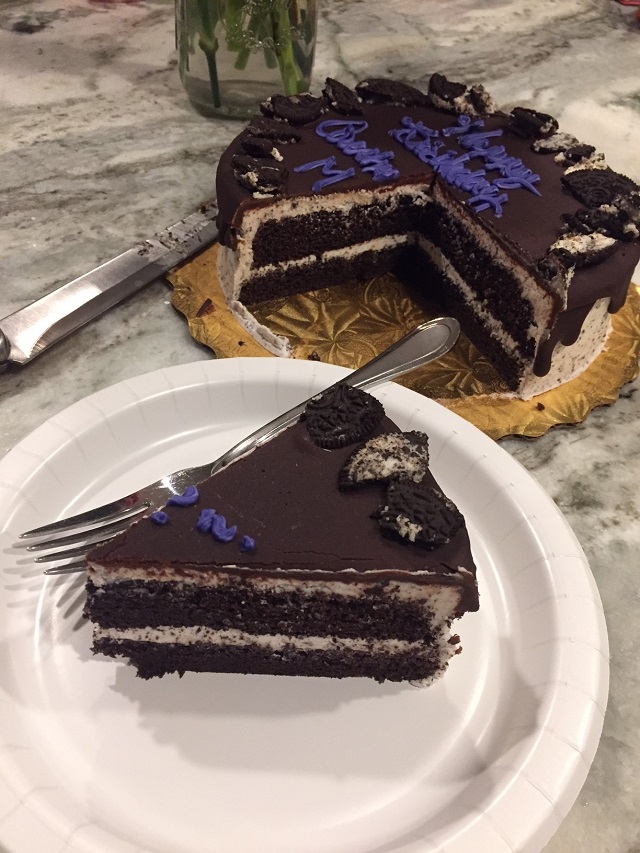 Then after watching a quick DVR’d episode of Quantico with Jay on the couch, it was time to call it a day. Now it’s time to see what 33 is gonna be all about this year. ;)