I know a lot of you are interested, so here’s a look at some more recent weeknight dinners we’ve had! 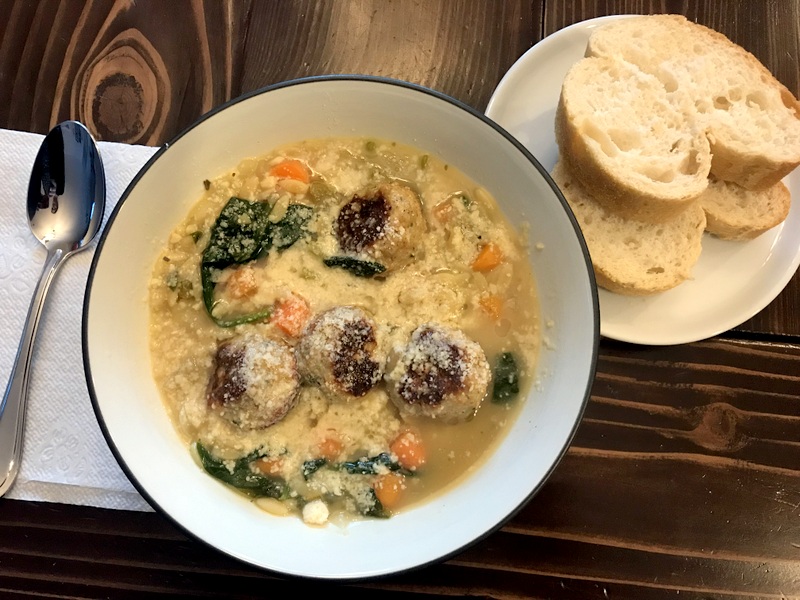 This recipe came out of the latest copy of Eating Well magazine, which was one of many that looked super good and have been bookmarked. This one was our first to try and it did not disappoint!

To make meal prep easier, I actually chopped up the carrots/celery/onions, and even managed to mix up the meatballs early one morning before work while Lucas was eating breakfast before school. Probably took about 20 minutes all together. Once I got home from work, I threw it all on the stove and let it cook until it was time to eat.

For this meal, the boys ate the meatballs plain, and I served them a little bit of the soup/orzo on the side, along with some veggies. Both were into the meatballs, and tolerated a few bites of soup, but that’s not usually their favorite. 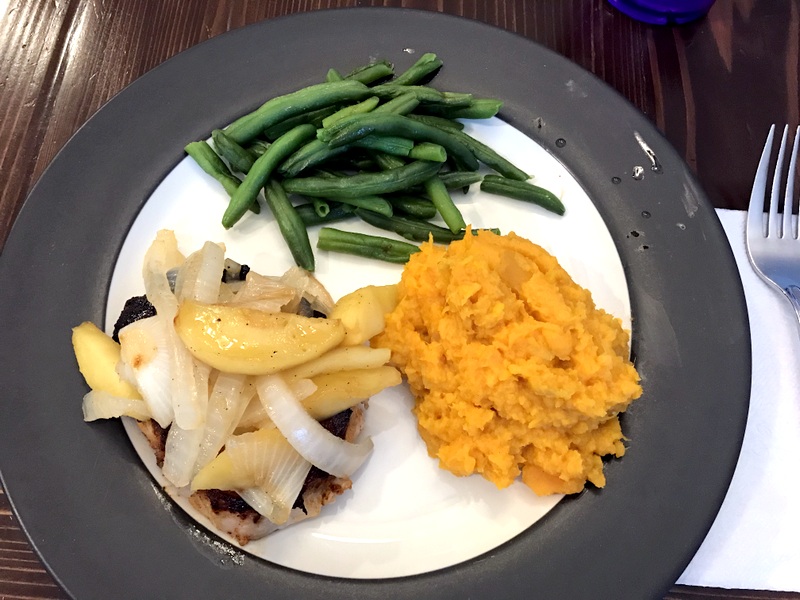 This recipe has been up on the blog for a while, and after coming across it randomly last week, I decided to include some pork chops in our weekly grocery shop so we could have ’em again! I served them along with some green beans and homemade mashed sweet potatoes (chunk and boil until tender, drain, mash with some butter, salt, pepper, and brown sugar – YUM!).

For the boys, Lucas ate most of his meal, and Alex tried eating the pork (which I referred to as chicken because they won’t eat it if I say it’s pork…) but pork just seems to be too darn chewy for him…he sits and chews it for FOREVER! 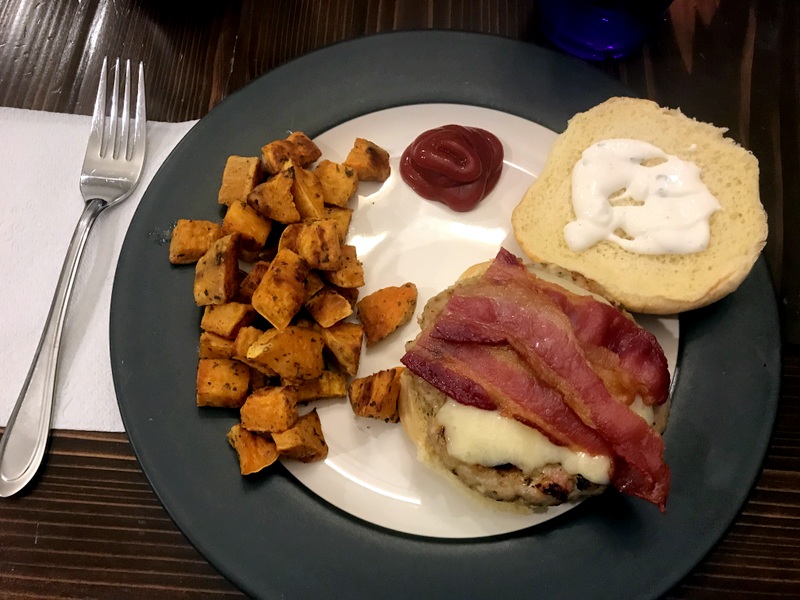 These don’t look nearly as yummy as the originals, but they still tasted delicious! For the potatoes, I just cut them up small and tossed in a little olive oil, salt, pepper, and garlic powder, then roasted at 425 degrees for about 25-30ish minutes.

The boys will always eat the chicken burgers, but neither are ever interested in eating them as an actual burger, so we usually just cut them up in bite sized pieces. 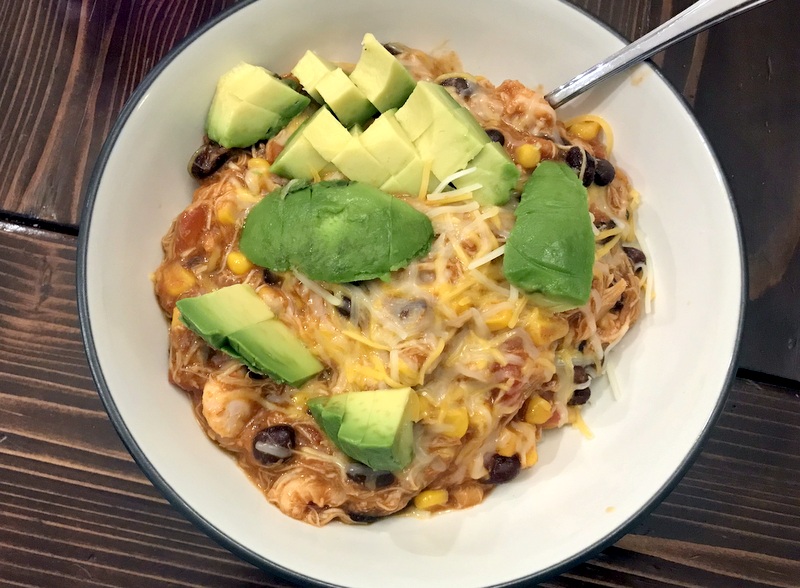 Always a favorite and a quick, easy, weeknight go-to for us! I served ours over some riced cauliflower, which Jay originally turned his nose up to, but was then reminded that you really CAN’T taste the difference when it’s smothered with all the other good stuff.

Neither of our boys are ever really into this meal, so I tend to try and pick out some larger chicken chunks for them, and will also give them some avocado and/or cheese. Then I’ll pair it with something I know they like and will eat (typically either some sort of leftovers, chicken nuggets, or cheese quesadillas).

Cheeseburgers with frozen french fries and side salads 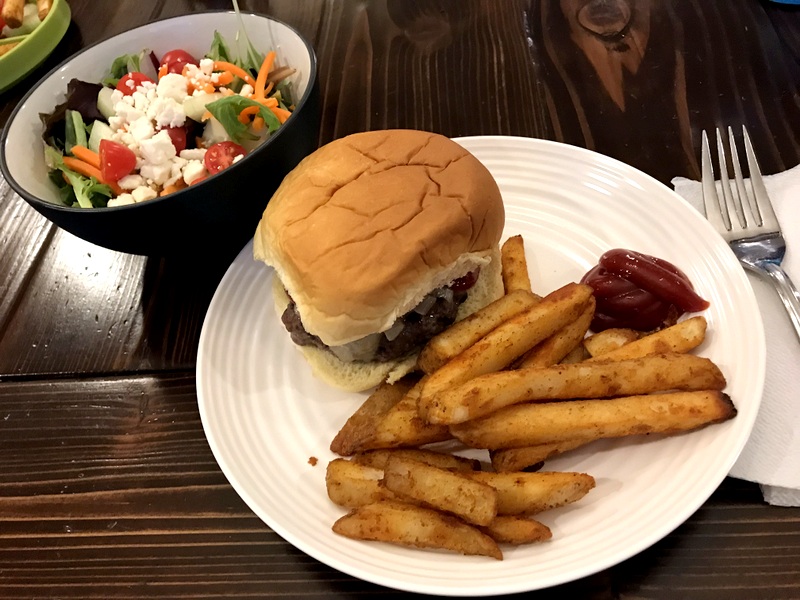 Nothin’ fancy here, friends. We still had some burger buns left from when we’d had the chicken burgers, so I decided to use our weekly ground beef as burgers, and kept the rest of the meal quick and simple.

The boys ate their burgers cut up, had some french fries, and some tomatoes, cucumbers, and carrots with ranch on the side.

The Best Salads EVER – aka, our makeshift Pizzeria Uno Honeycrisp Chicken Salads 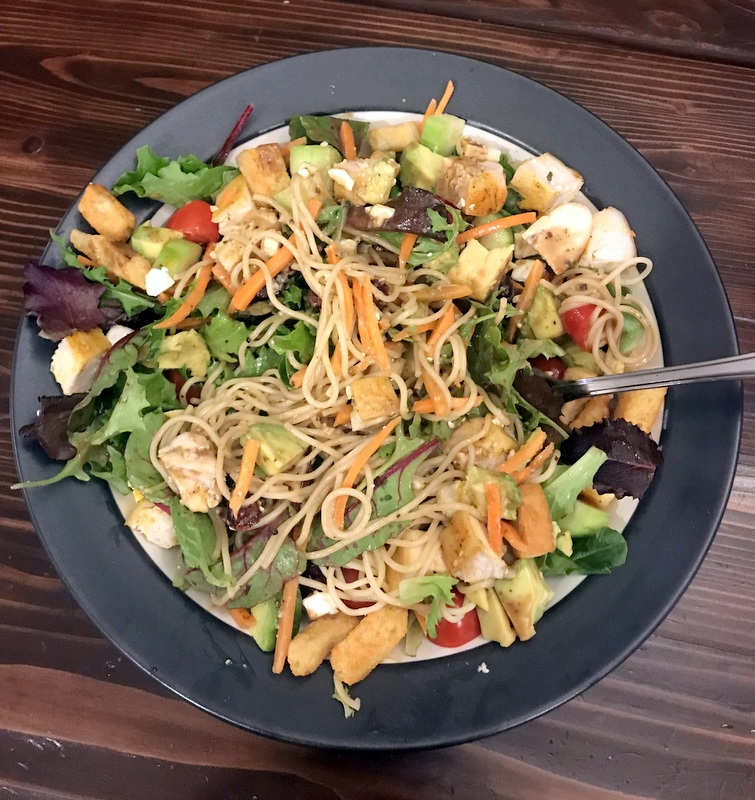 Seriously, if you’ve never tried a little vermicelli on your salad, you MUST. It’s so good!!

No idea what the boys ate this night…if I had to guess, it was likely a pancakes and eggs dinner for them. 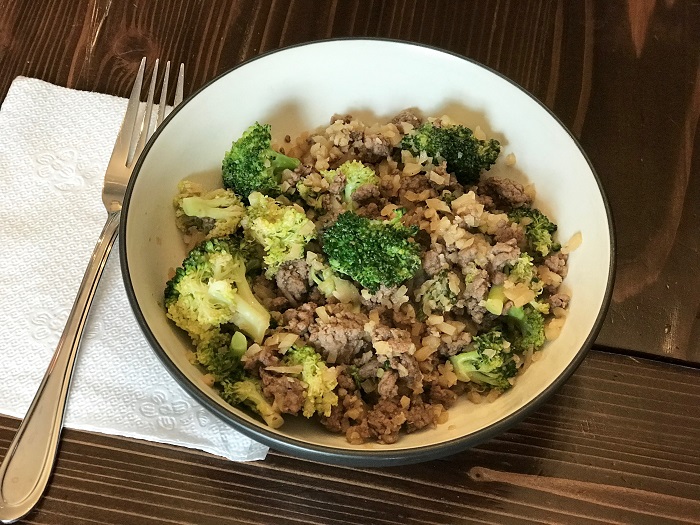 This was our most recent dinner from earlier this week, and it was really good! I looooved how quick and easy it was, thanks to it incorporating ground beef instead of steak. Perfect for busy nights.

The boys both tried it and tolerated some (Lucas ate all of the broccoli because he loves it), but I also gave each of them a hot dog as well, so they’d have something I knew they’d like on the plate.

So there’s another round of weekly dinner ideas! As always, feel free to share some of your favorites – I’m always on the lookout for good ones!