Well, I must say, we’ve got the holiday festivities in full swing over here!

Our weekend was filled from start to finish, kicking things off with a little gingerbread house decorating. 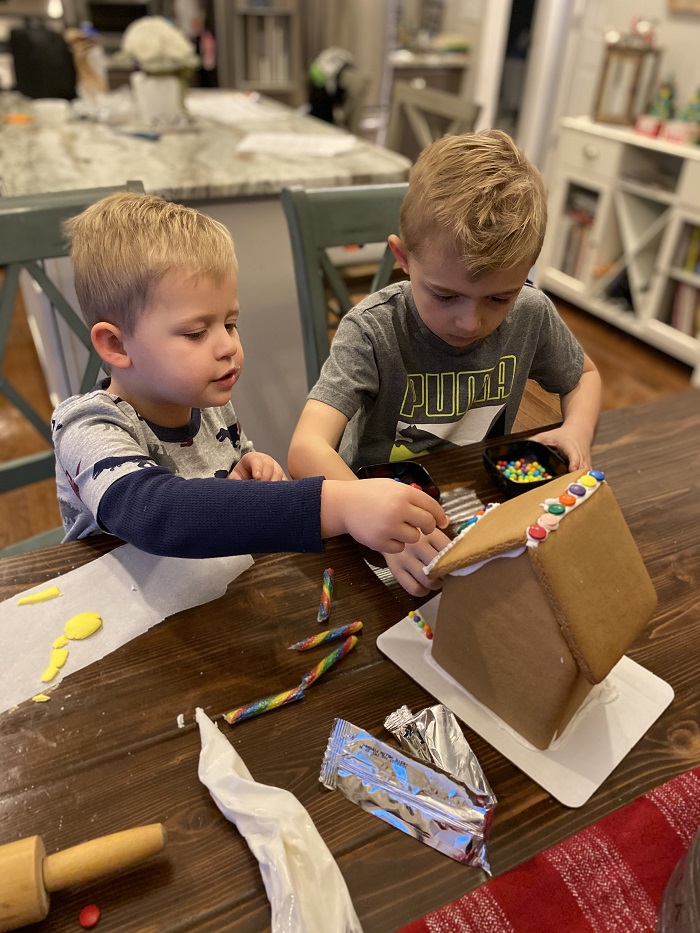 I wound up buying the pre-assembled house kit without realizing it, which I actually didn’t mind. The boys are impatient enough as it is, so it definitely worked in our favor for them to be able to just start decorating right away. And although Alex gave up a few minutes into it, Lucas and I had some fun finishing things up! 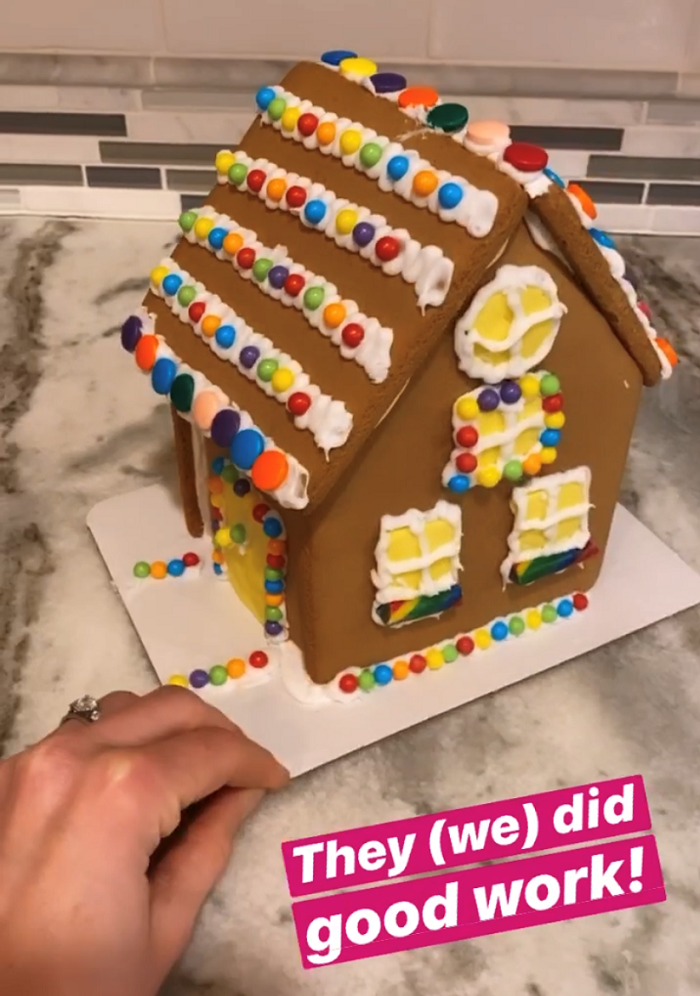 Saturday happened to be my brother’s birthday, so we had him and his girlfriend Carissa over for a little brunch. On the menu? My favorite egg bake (<–such an old post!) and cinnamon rolls. 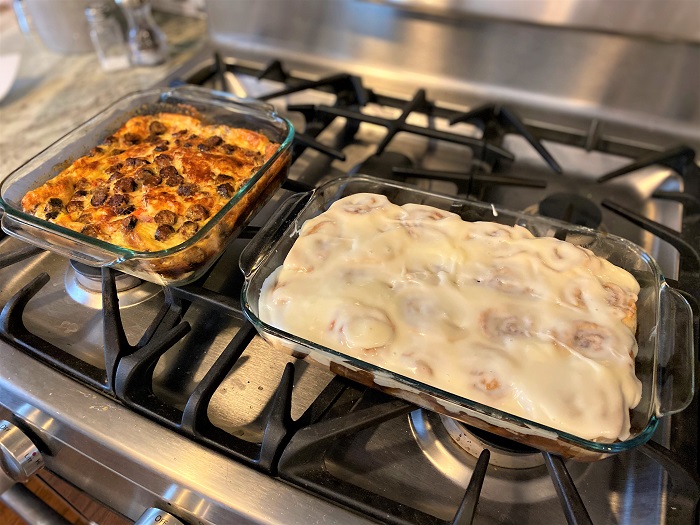 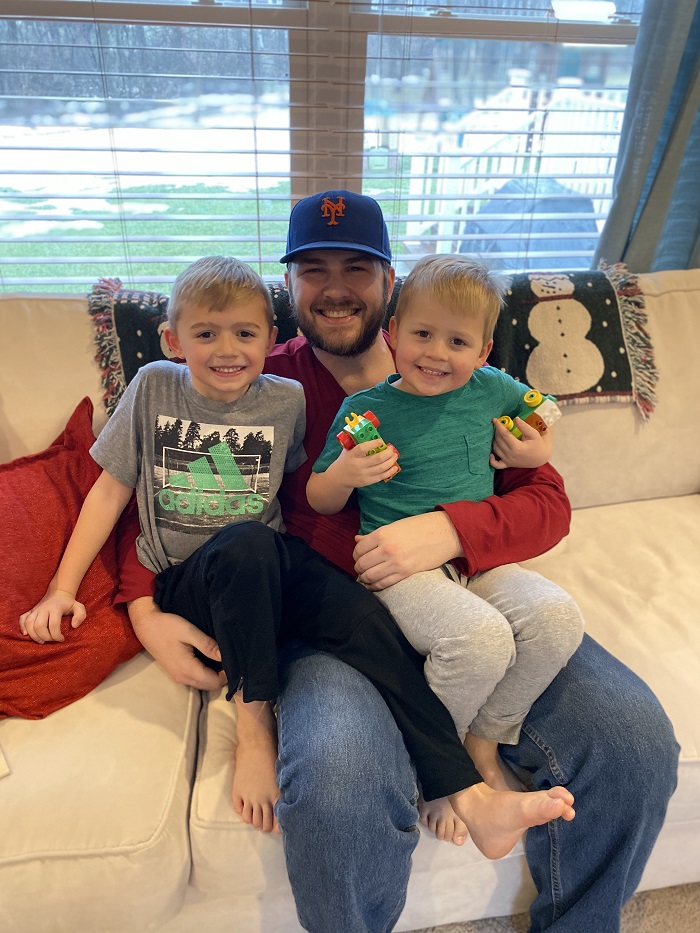 Later in the afternoon, we started working on the dough for our cut out sugar cookies (I’ve become quite the fan of THESE since there’s no chilling required!). 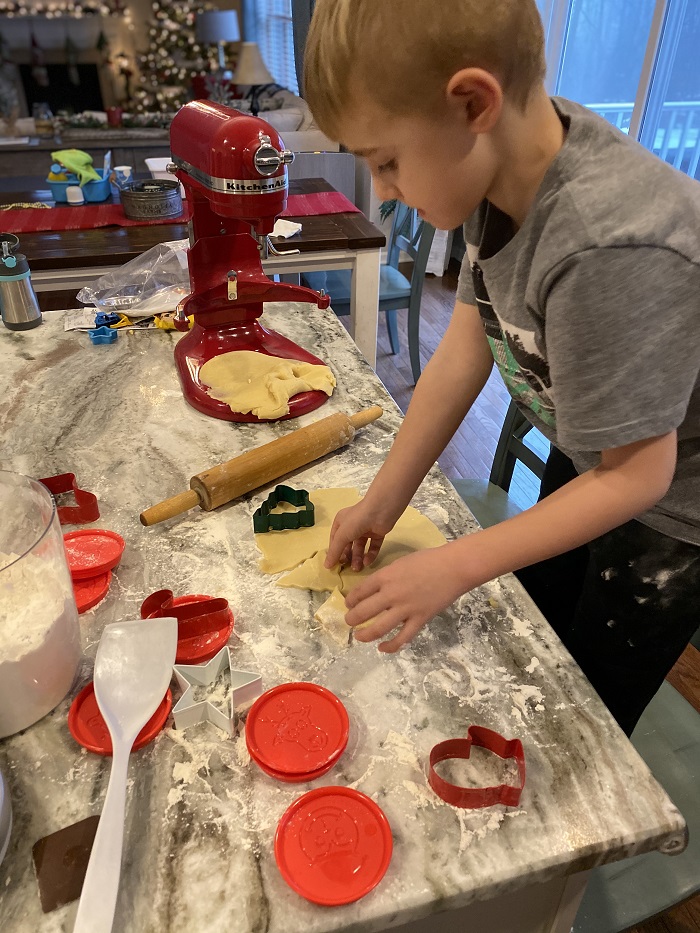 Come evening time, and it was party time! Lucas was invited over to a friend’s house for a little Christmas get-together, so we dropped him off to that and then headed over with Alex to his daycare Christmas party. 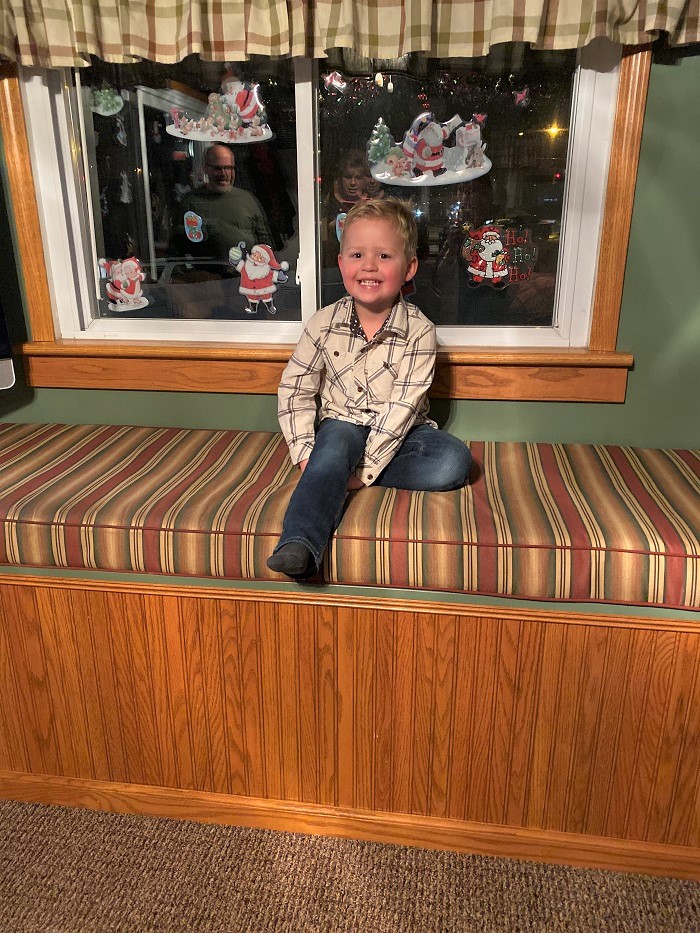 Santa comes to the party every year, and some of you may remember that Alex does not have a great track record when it comes to his Santa encounters. As evidenced HERE, HERE, and HERE. But although he wouldn’t agree to sit on his lap, he DID manage to get close enough to him to talk! 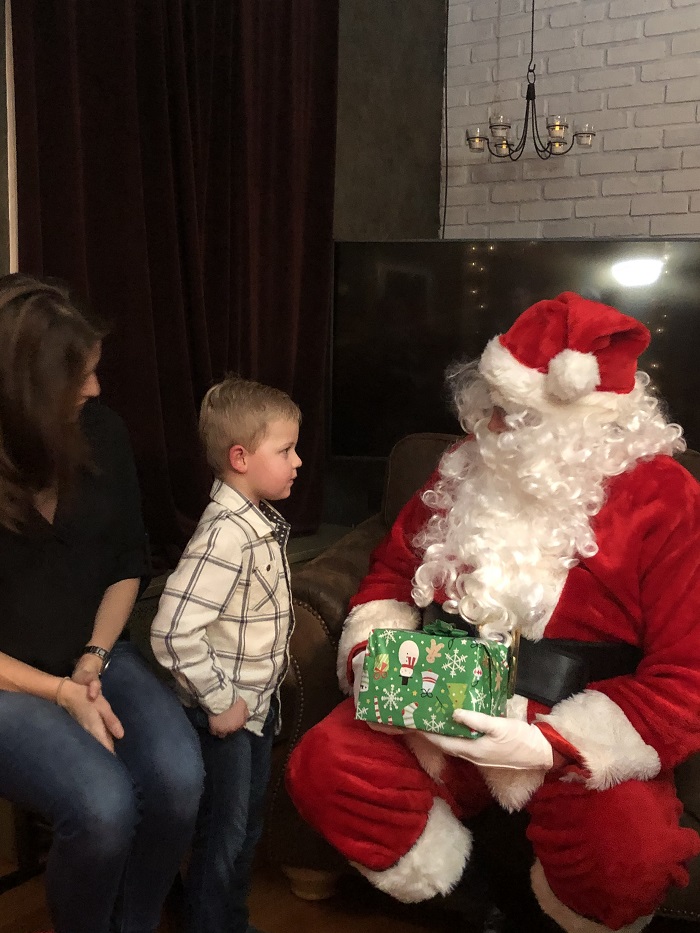 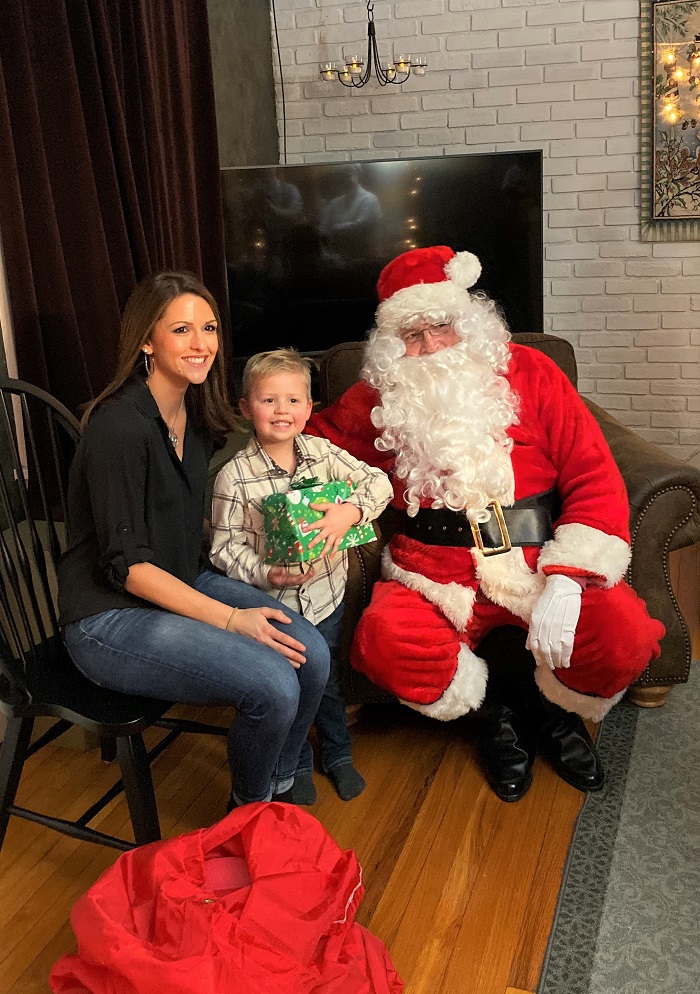 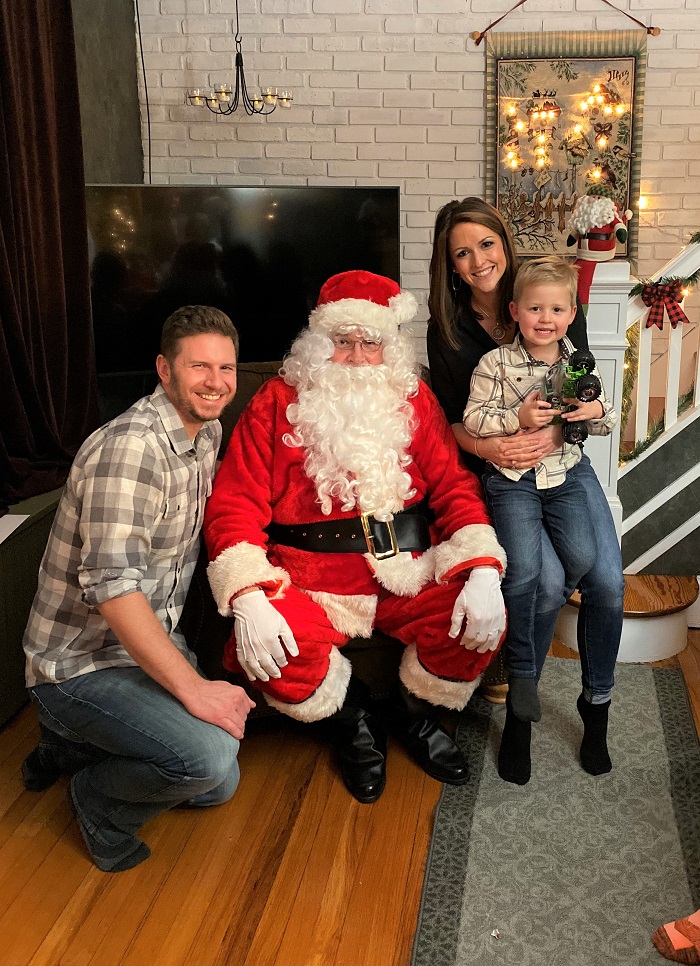 Sunday eventually rolled around, and we got things started with some brunch with Santa at one of our favorite spots (Juniors, for the locals!). 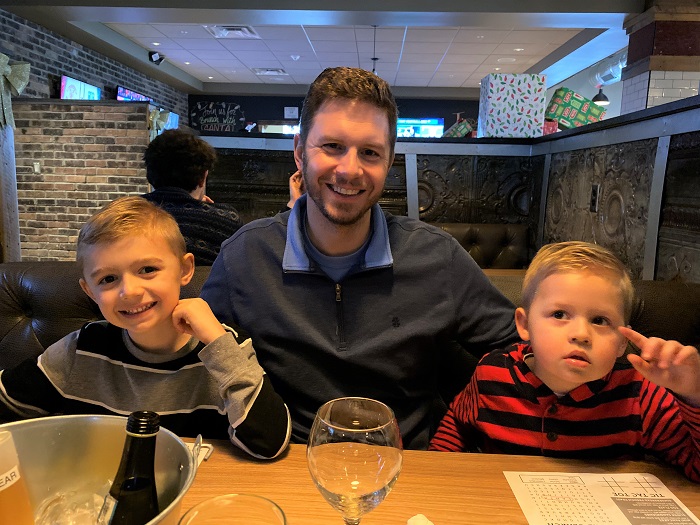 And I mean, what’s brunch without mimosas, right? 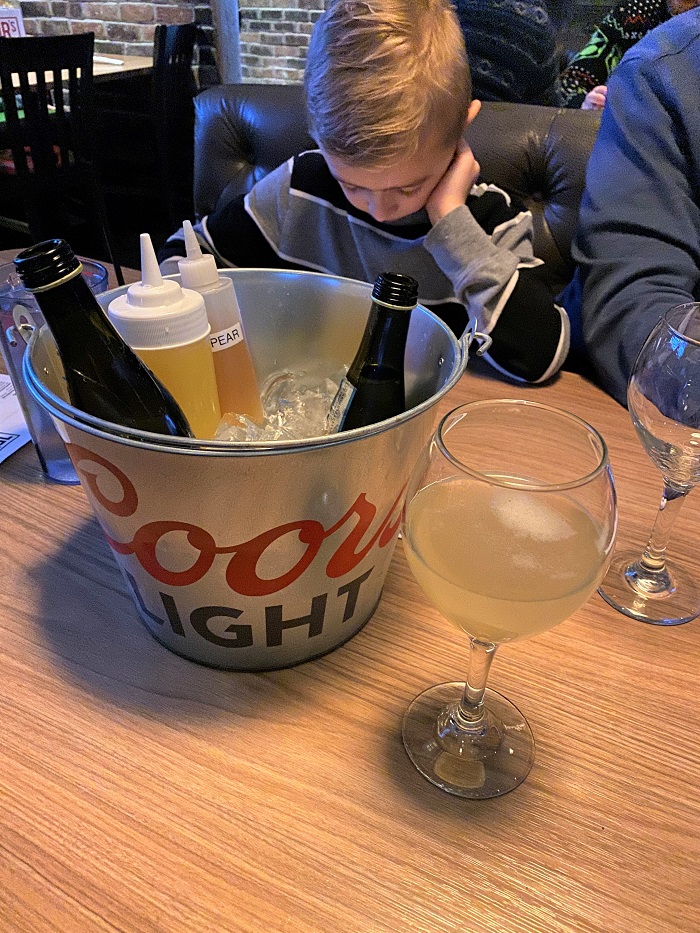 Cheers to that, not only because they’re delicious BUT because I was able to have mimosas twice over the weekend without feeling like I was having a reaction to the prosecco. Go figure? No clue.

Anyway. Brunch. I ordered this Farmer’s Scramble thing, which was filled with basically everything but the kitchen sink, and it was incredible. 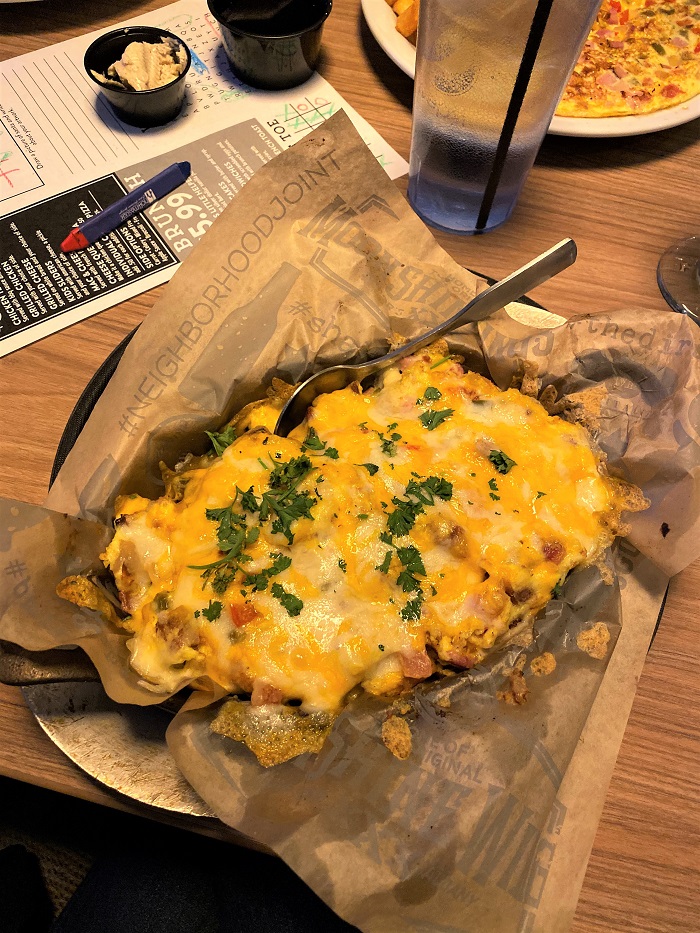 And I am all sorts of obsessed with this pic of the boys with Santa. Never thought I’d see a smile like that from Alex being that close to Santa (he wouldn’t stand next to him though, only Lucas!). 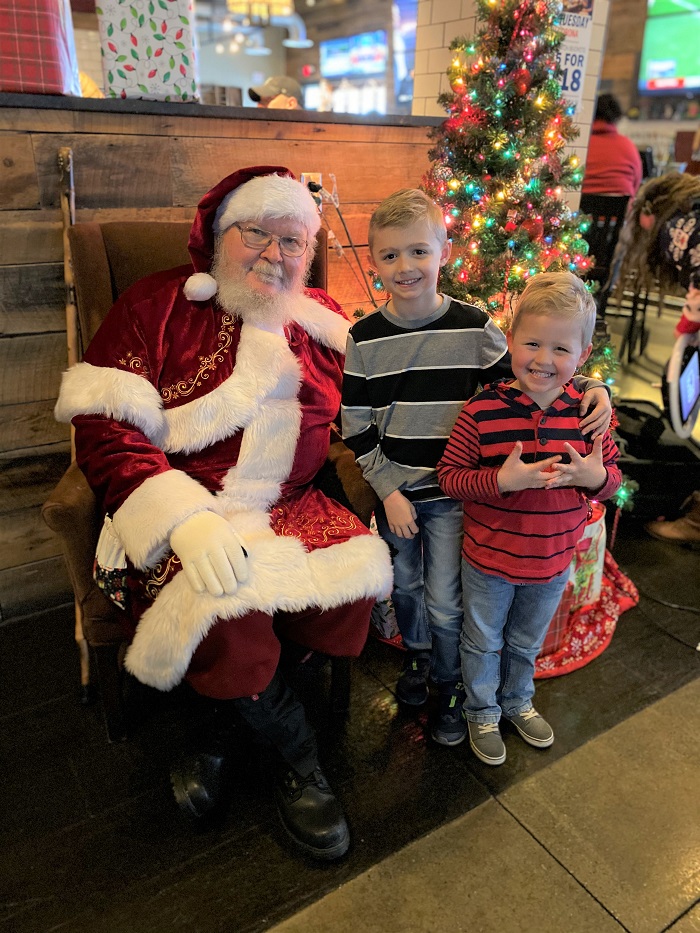 A little later in the afternoon, we got to decorating those sugar cookies that we cooked up the day before. 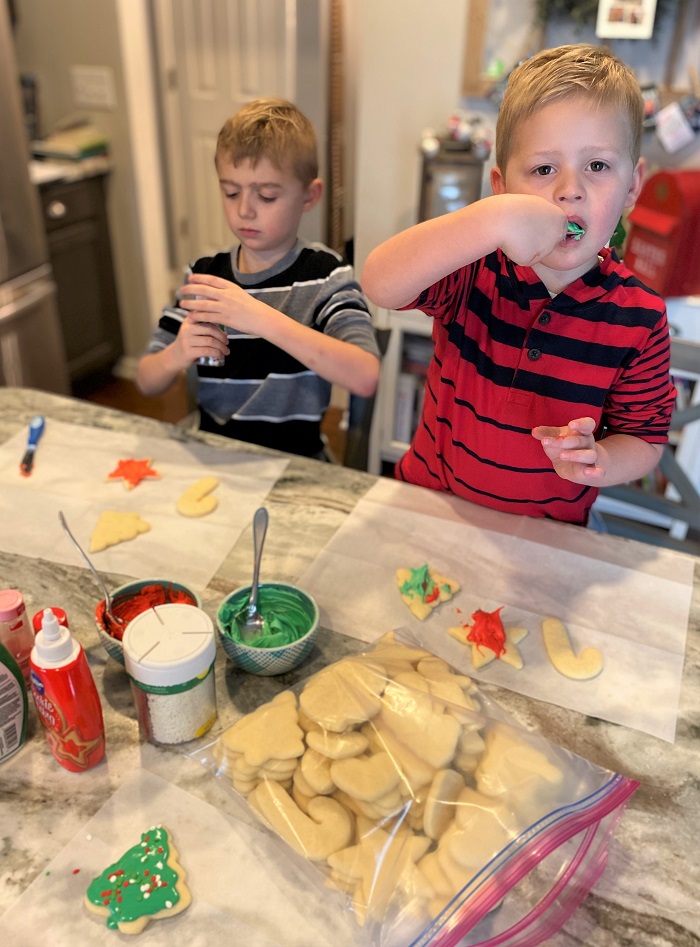 And by decorating, Alex meant ‘eat all the frosting.’

And I must say, I think I may have had more fun decorating then the boys did. 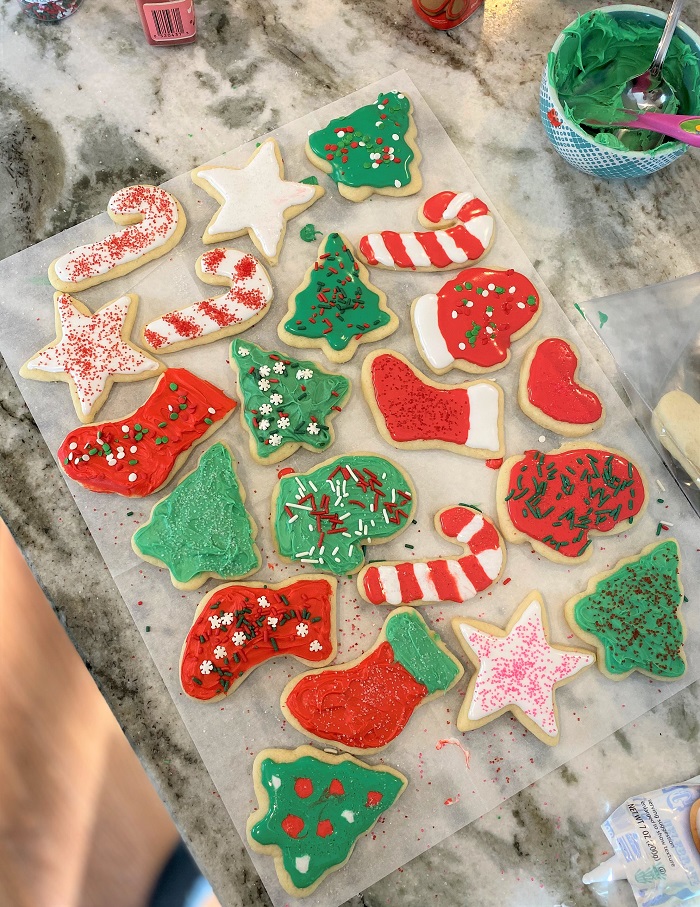 Then, to wrap up the weekend, the boys went out for a few hours with my parents on Santa’s Magical Express (via Yankee Trails) to help “save Christmas.” It’s a pretty popular local thing here during the holidays, and while Jay and I have never been, my mom and brother actually brought Lucas a couple of years ago while Alex was in the PICU. My parents said they all had a great time! 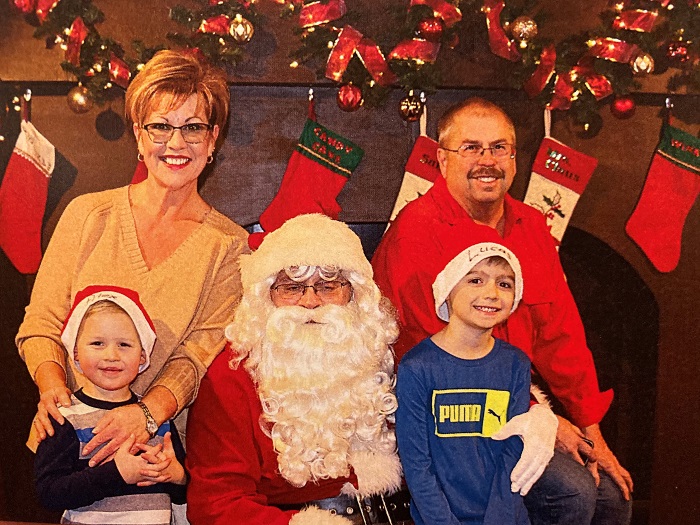 So while they were off having fun, I finished up a little more baking (including my favorite Dark Chocolate Turtle Graham Bars & these cookies)… 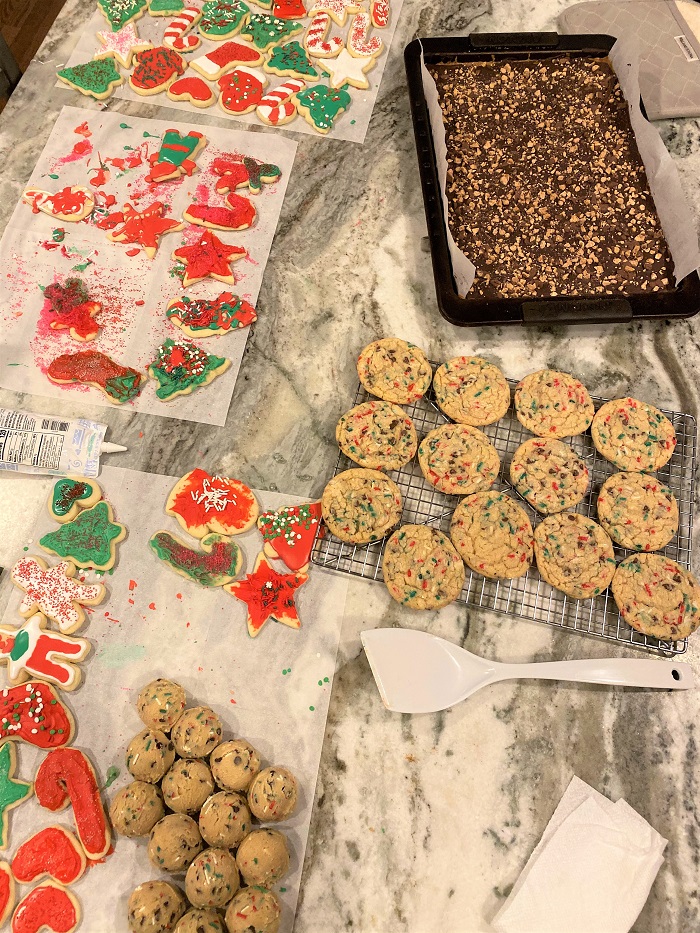 Did a little more wrapping, and Jay cooked us the most delicious strip steaks for dinner. 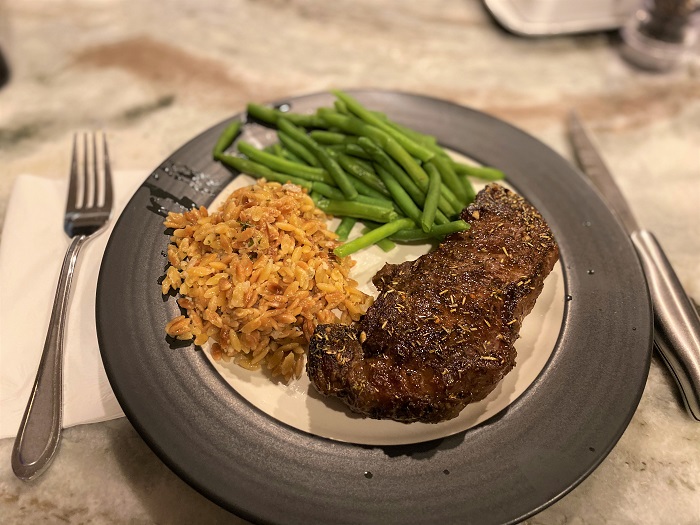 Probably the best steaks he’s ever made. SO. Good.

And THAT was a wrap on our festive weekend activities!

« Two New Cozy Tops You Need This Winter
Wrapping Up the Rest of the Holiday Festivities! »